There has been a short interval in the 13 Years Wilde guest blogs due to Hen Harrier Day build up and birding in Portugal for 2 weeks (but more about that later this week).

Today's 13 years Wilde guest blog comes from Peter Cooper. I have met Peter quite a few times through A Focus on Nature Events and at Birdfair. Peter is a Zoology undergraduate, a nature writer, Editor of Life Nature Magazine and a Focus On Nature.  He is also a very keen badger watcher. But what Peter is most famous for are his amazing animal impressions!!!!!!

I really appreciate the strong words of advice at the end of Peter's post and it is something I will keep in my head as I head back to school this week. 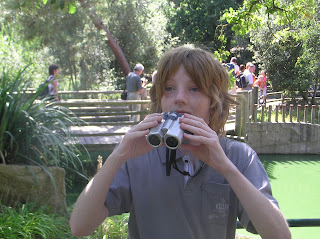 Casting my mind back to the age of 13, I suppose it was relatively bright, but to get there I have to wade through a tangle of metaphorical brambles and nettles to be honest – because when I really look back on it, 13 was probably the last time memories of childhood (or rather teenage-hood at this point) were the wistful nostalgic sort, rather than wincing and trying to skip over what came later.

I was still fascinated by nature, and therefore my family had probably decided by now I was going to be like this for life rather than just a youthful phase (though to be honest I suspect they figured this much earlier, probably by the time I was 3 and identified everyone as different species of animal rather than by their names). Like many others of my interest at that age, I was well aware wildlife wasn’t a massively ‘cool’ thing to like, and while I tried not to shout too much about it, my friends and classmates all knew. And even those at secondary school who hadn’t known me from primary days had seen me the year before as the junior ‘animal expert’ on a CBBC breakfast show called Level Up, so I was pretty much as out as one can be.

My patch was, and still is when I’m back from uni, the wood behind the garden fence. The sight of huge sweet chestnut trees looming over the house, the wild and unknown beckoning irresistibly over the comforts of home life, had been my calling since I could walk, and it was still my refuge even if my other friends were playing less and less in here as we got older. Not only did it back onto my house, but also the school playing field, so after each day I would cross the field to the West while everyone else headed straight on towards the street. I’d hop over the crumbled and rusting chain link into a copse of alders, breath a sigh of relief, and, standing rather dissonantly to the rest of the environment in my navy blue uniform, just absorb the birdsong and the breeze in the canopy while it washed away eight hours of schooling.

While I spent a lot of time there (and I can remember my first daytime encounter with a tawny owl in that wood as vividly as if it were yesterday), looking back on it I don’t think I really embraced my inner naturalist as much as I could have; I have few specimens to recount from this age, and much of my interest in local wildlife was in mammals and herpetiles rather than the more obvious things – I didn’t birdwatch nearly as much as I do now for example (looking back on it I think this would have been different had I access to a better site for this hobby), and I didn’t have a mentor figure to show me just how much was about. My enthusiasm was mostly directed towards exotic animals, and I was a regular visitor to Marwell Zoo down the road, probably knowing the tigers, giraffes and anteaters a lot better than many of the creatures on my doorstep. Coming here every third Sunday a month was the only chance I got to spend time with people my age with similar interests at the zoo’s ‘oryx club’, and I relished those days greatly. At this stage, I thought my future career would be a zookeeper or, bizarrely, as an actor playing Doctor Who. This has been my only non-nature related aspiration so far, and it was appropriately extinguished within the year.

So although I wasn’t quite as devoted a naturalist as I feel I could have been, I was still very much a nature boy. My bible at the time was Nick Baker’s ‘British Wildlife: Month by month guide’ which I would scour for details on what was about at that time of year. If I couldn’t find it locally, it called for a bit of perseverance, and I managed to wrangle my parents to take me down to Richmond Park each Autumn to witness the red deer rut. This was cleverly disguised as a trip to visit the two eldest of my four brothers who lived in Wimbledon, and I would wolf down lunch at the restaurant while they conversed about things I did not understand, itching to get off to see the deer that formed the actual purpose of the trip! Another Autumn treat was to visit Brownsea Island to see the red squirrels dashing like licks of flame among the golden leaf-fall, while on the estuary we would be awed by the sight of a huge wintering flock of avocet and bar-tailed godwit, the black, white and brown mass looking like a vast sea wall of feathers between the mudflats and Poole Harbour.

Family holidays before had always been preceded by myself devouring a field guide of the area to see what animals lived locally to the venue, while our accommodation itself was often booked partially on it’s locality to the nearest zoo, but this year was the first I managed to get a whole holiday planned with wildlife in mind. It was only a few days on the Isle of Mull at half-term, but resulted in the minke whales I hoped to see. (The following year we went for longer, succeeding this time in eagles and otters).

Yet while I was ultimately happy at 13, it felt somehow like the start of the descent downhill having reached the top – for not long after, probably shortly after turning 14, my self-confidence vanished. Many people I considered friends grew distant as puberty struck, stigma towards things that weren’t ‘acceptable’ grew more critical, and I was generally cast as being a bit of a weirdo from then on. I felt out of place and lonely at school, and increasingly at home too, now that Charlie, the last of the brothers, had gone to uni. Nature became the retreat and one of the few senses of reality in this world, while additionally I feared ever admitting it in school, even if people already knew. Ultimately, I found it very difficult to figure out trust in people who weren’t family. Although this all changed for the better during sixth-form, it’s a time of my life I’ve never completely recovered from.

So my message to Findlay and all 13 year old naturalists is this – just keep on enjoying what you are doing, challenge yourself and make the most of every day, for life will only get busier. But don’t do what I did - do not be shy to admit who you are. There are may be a few others (and believe me, the number will actually be quite small in reality) who may find it strange or even tease, but they mean nothing in the long run. As long as you are confident in what you are doing, and keep the passion strong through what can be a very difficult part of life, then you will be all the better for it. There’s no point worrying in how others may perceive you when there’s all that nature out there to explore. 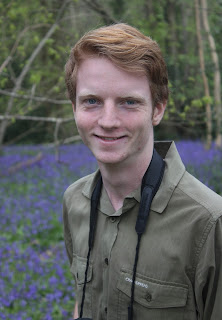