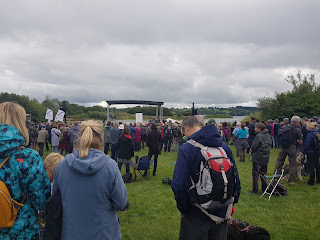 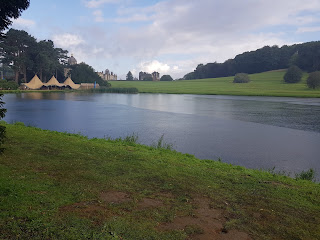 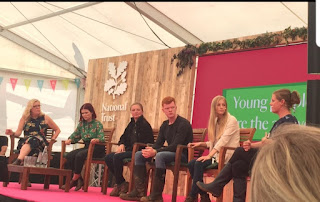 I have been counting active Heron nests with Professor David Norman as part of the BTO Heronries Census at the same site since 2014.  During a break from revision, it was great to get back to the site again today. 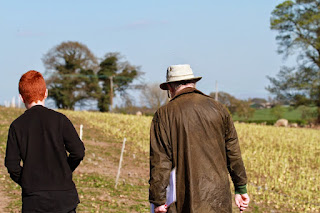 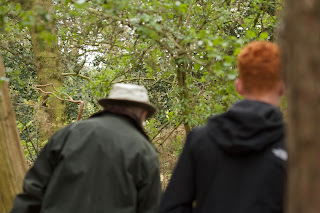 In the last 5 years the numbers have not changed as much as we have!

But as you can see, there is quite a noticeable dip in this years numbers. It is too early to say why, but it will be interesting to see the results of other counts this year, particularly in Cheshire.

For more information about the census, you can take a look at my blog from last year celebrating 90 years of the survey, or visit the BTO's website.
Posted by Findlay Wilde at 20:11 1 comment:

Discard - a thing rejected as no longer useful or desirable

I live in a very rural setting in the heart of Cheshire and have lived in the countryside all my life.  My passion for wildlife was fuelled by the the everyday birds, mammals and insects I would come across every time I walked out of my front door; but my commitment to campaign about environmental issues was also fuelled by the things I have seen in the countryside (sometimes within walking distance from home and sometimes further afield), inexcusable things.

Several pheasant shoots take place in the surrounding area, and during the season I can hear the shots being fired.

A few weeks ago there was a post on our village Facebook page. The post described a fly tipping incident on a track that leads to the river and it also included the following picture: 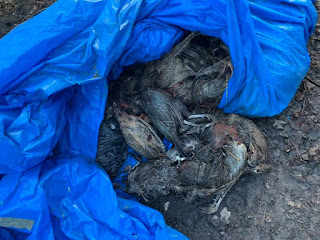 I had to see this for myself to understand the scale of the situation. As I approached, I could see the large blue plastic bags and I already knew what was in them. According to the Facebook post, the bags were originally wrapped in a carpet to hide the contents, but once the carpet had been removed I counted about 30 shot pheasants. 30 pheasants that had been shot for pleasure and then dumped by the side of a country track that families use frequently as they walk to the river. 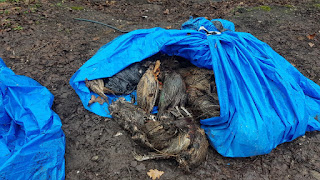 But that was not all.  There were also some black bin bags in the mix. Again I had to look, so I opened the bin bags and found the bodies of two Canada Geese.

According to an 2016 article in Shooting UK, approximately 35 million game birds, mostly non-native pheasants, are released each year.   They are farmed and then many are shot for sport.  Some will eventually be eaten, but clearly not all of them.  The number of social media posts I see about stink pits and fly tipping of shot birds is alarming. Birds shot for pleasure and then simply discarded.

Discard - a thing rejected as no longer useful or desirable.

There are so many dark sides to the shooting industry, but his total waste of life (in the name of sport)  in unjustifiable.  This is not an acceptable part of rural life.  The outrage and disgust on the Facebook post from the local community was clear to see.

I would be very interested to hear from the shooting community regarding their thoughts on how we can all tackle this.  Regardless of my thoughts on shooting, I am not for a minute suggesting that this discard practise is something carried out by all shoot organisers, but it is widespread within their industry and they have to literally clean up their act.