Whilst I was on holiday in Yorkshire, I took a visit to RSPB Bempton Cliffs to see some of the sea birds that had returned for the summer. 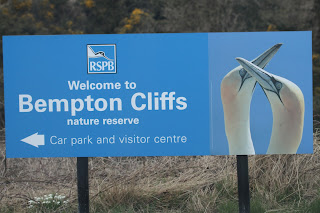 It was fantastic to see the Gannets, the sunset yellow on there necks really made them stand out from all the other birds. 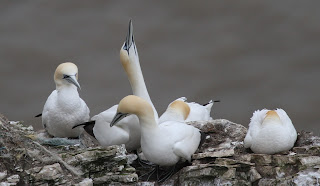 It was very windy (it even snowed at one point) which made it hilariously funny to watch the Gannets and all the other birds trying to land. 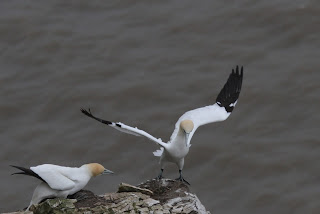 Nearly all the Gannets that are at the cliffs have made their nests, and some have even started mating. 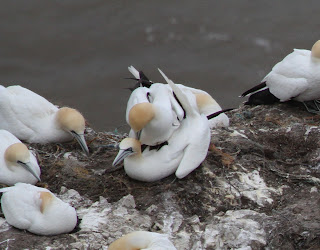 As you can see, there were plenty of Gannets about on the cliffs, they were nesting on every spare bit of rock and had carried up bits of rope and all sorts to make their nests.

The cliffs were full of Guillemots, Razorbills, Gannets, Fulmers, Kittiwakes, Herring Gulls and Great Black Backed Gulls, however a group of three birds suddenly caught my eye......... Puffins, the bird I have been wanting to see this year. A great end to our visit to Bempton Cliffs. 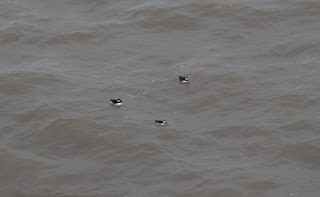 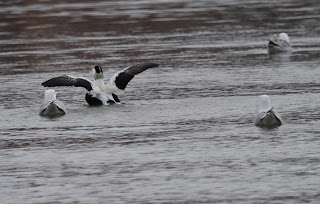 Next up was Whitby Harbour, and that visit started with two male drake Eider Duck; one was swimming round near the car park and the other was close to the mouth of the harbour. 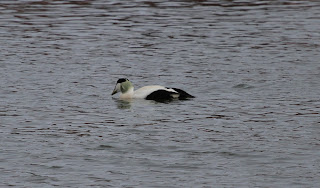 As the tide went out it revealed a small bay whitch lured in two Redshank and a flock of about 20 Turnstone (no Purple Sandpiper though). 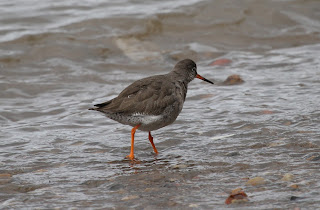 It was really nice to see the Turnstone today, because it was the first time I had ever seen one, and I found them really good fun to watch, the way they scurry about. 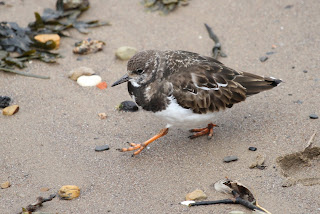 We also went on a life boat ride, on the old life boat, not the new one. Although the captain said that if anything went wrong we might get a ride on the new one as well! Unfortunately we did not see anything apart from a solitary Razorbill. 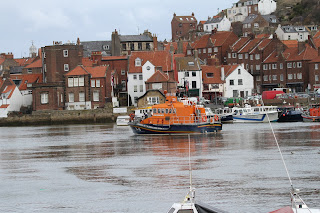 A great visit to the East Coast (even though it was freezing).