You might be wondering why I have not blogged for a while, and the answer is because I have been in Yorkshire exploring the wonderful countryside and wildlife. As the city of Leeds came into view on the way there, four Red Kites appeared where they had been re-introduced. Our first stop was Flamborough Head to see if any Guillemots, Razorbills, Gannets or Puffins had returned and when we arrived there were much more than I expected (except Puffins, I only saw three at Bempton Cliffs, which I will go in to in my next blog).

This is the spectacular view from the top of Flamborough Cliffs. The pictures are all a bit dull, as it was so cloudy and it even snowed a bit, but it gives you a good idea of what we saw. 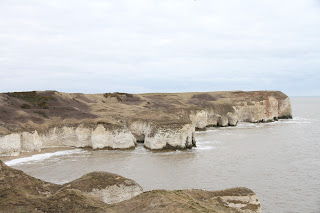 As you can see there were plenty of birds on the water, but one in particular caught my eye...if you click on the pictures you get a bigger image. 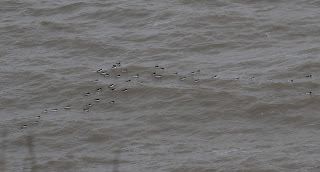 A small grebe shaped bird kept diving and coming back up and as I peered through my binoculars I realised it was a Red Throated  Diver; it was great to see and it was the first time I have ever seen one. 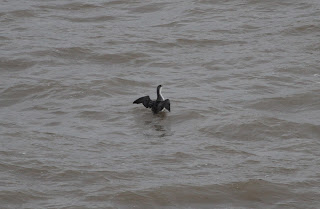 Even though they are my least favourite diver out of the Great Northern and Black Throated Diver, it really made my day. 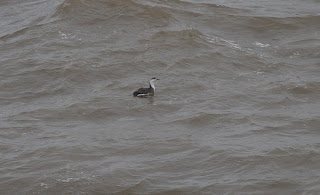 There were plenty of Fulmars that have arrived, I love the tube-nose on the top of the bill, they have greyish black wings and tail and a almost pure white face. 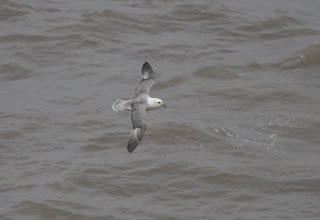 The bird that is always mistaken for a Cormorant, the Shags paid quite a few visits to the cliffs. 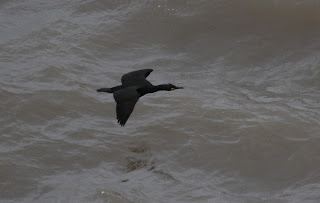 Some white and black birds caught my eye whey out at sea, and when I looked through my binoculars I realised that there we both male and female Eider ducks, I have never seen one of those birds before either. 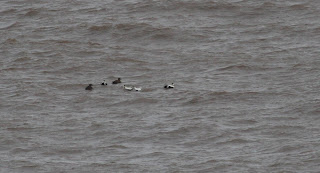 At Flamborough we also managed to see a Skylark and 3 red deer.

Flamborough Head also has a Lighthouse that was built in 1806 by John Matson from Bridlington without using any scaffolding. It is 85 feet tall. My brother Harley really likes lighthouses. 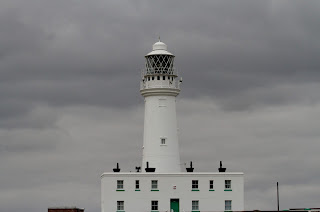 There is also a very, very old beacon light tower dating back to 1674 and the only known example in England.  It is the oldest surviving complete light house in England standing at 79 feet high. 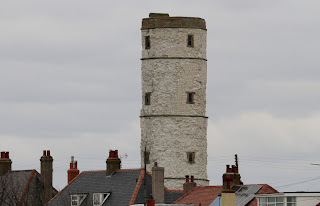 So that is part one of my trip to Yorkshire, more to come soon.