It was a rather early start for me and my mum on Saturday (half five), because I was going to my new feeding station to put up some of my new feeders and supplies from Adrian (from a bird feed company), Sam (from mum's work) and the brilliant BTO. They had all heard about my vandalised feeding station and had sent me some supplies to get started again. It really made me feel positive again to see how kind and generous they were.

On the way there, through the frosty fields, we saw two foxes together that ran off into the wood as we approached. 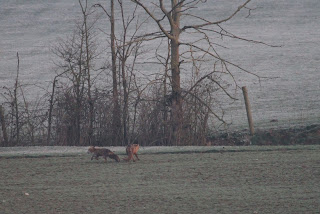 
There were a pair of Treecreepers that stayed with us all afternoon and all morning, and because we stood still, they seemed to cautiously approach us. 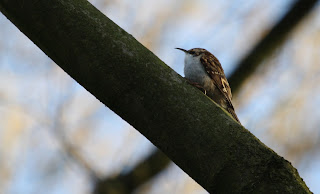 This is one of my favorite feeders, me and my dads home made tray, the birds love it, in-fact there was a male Blackcap that went to go on it but then thought "oh there's an insect" and ate that instead. The hanging feeding tray is on a pulley system, so we can lower it if we need to. 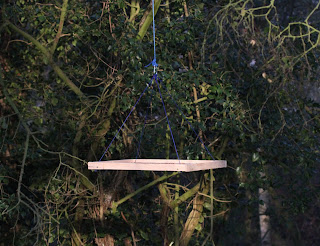 And here is the insect munching Blackcap. 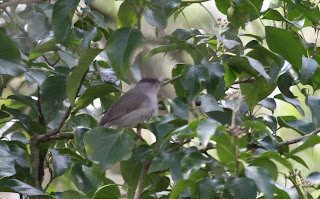 As we headed back to the farm we saw about ten to fifteen to twenty Swallows, they are one of my favorite birds to look at. These two were having a mid air tussle. 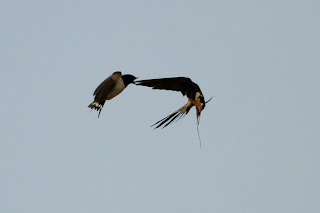 I visited Frodsham Marshes on Saturday afternoon as well, and when we reached the top of the six tank we saw a male Marsh Harrier quartering the reed bed. 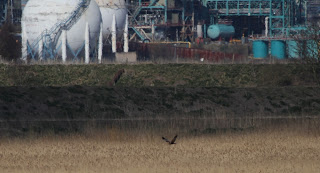 I also met up with Guido, who was watching a flock of about twenty Wheatear joined by two Whinchat, as shown by the picture below. If you click on the picture it does go bigger. 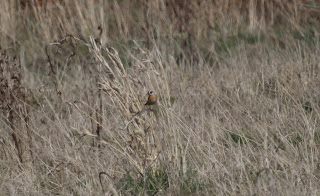 Here is a male Wheatear. On the way back along six tank we met up with Bill Morton who was half way up the bank hiding in the bushes, but not that well camouflaged as I could see him.

Even though Wheatears look cracking through binoculars, today I had one in my hand and trust me I nearly fainted, they were absolutely beautiful. Today's count also included  Blackcap, Wren, Dunnock, Goldcrest, Blackbird and Chiffchaff.

I'd better not mention dad fallen over. 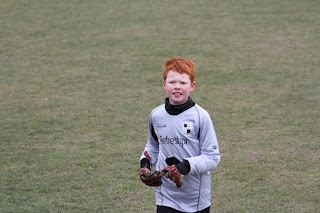 Finally we won 5 - 4  against Tytherington on Saturday.  We now should have a good chance of finishing third in the league. My 2nd cup final match is next weekend.

Hope you all had a brilliant weekend too.

Our World Tuesday
Posted by Findlay Wilde at 17:05