Only half an hour to go before I set off to have one of the most amazing experiences of my life, being on Springwatch Unsprung I was thinking to my self as I was coming out of school. Exciting and nervous thoughts were wedged in my head as I stepped into the car. As we set off on the 3 hour drive to Wales, I sat patiently enjoying all the wonderful scenery and thinking about what was to come. 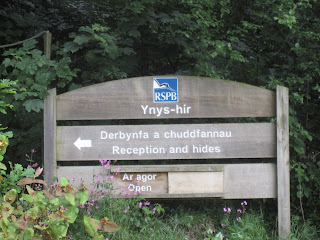 I was quite surprised when I first examined the reserve, as I thought it was just going to be hides by an estuary. It was actually much, much more; there were shallow pools and scrapes which attracted loads of different species of wildlife, for example, I saw water vole, Redshank, Reed Bunting in reeds, Redstart and much much more. 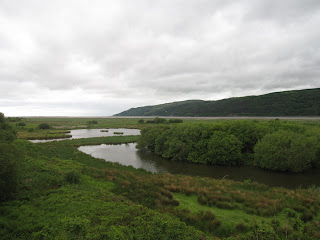 Here is the male Redstart I saw, a truly wonderful bird. I tried to get a picture even though it was quite far away, which I did, however it was facing the wrong way. Only a bit longer to go until the show I thought... As I was watching the Redstart I heard a sound that sounded like an engine. I turned around and then coming this way was the Springwatch film crew; I was thinking they must being doing a dress rehearsal. My dad asked if we could stay and take some pictures of the filming equipment; the crew said yeah but they also said if you hang around for a bit the presenters will be here. And so a few minutes later Chris Packham walked up to me and asked if I'd seen anything interesting - I was shocked! A few seconds after Martin came along and asked the same thing ( I told him we were one of there Unsprung guests). We had a chat about lots of bird stuff. 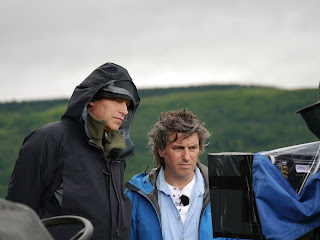 Here are Chris and Martin rehearsing for the actual main show . 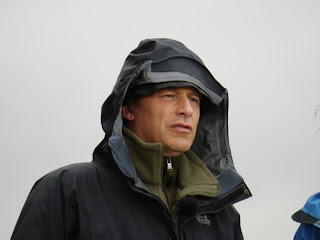 As we made our way back to the reception we noticed the film crew were now filming Michaela, so me and dad just had to get some photos. It was like doing the actual live program with them...!!! 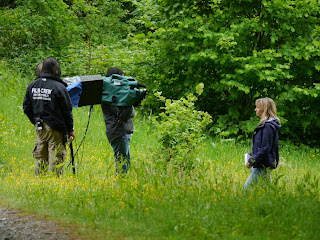 It just gets better, a few minutes later Michaela went and joined Martin and Chris so me and my dad decided     to watch them for a bit (it was great!). 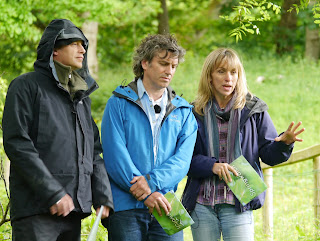 The minutes passed and then ACTION!!! we were all shouted in to the studio, the music began, the talking began and I was on TV!!!!!!! (I only know this because when the back of the camera faced me I saw what they were filming). 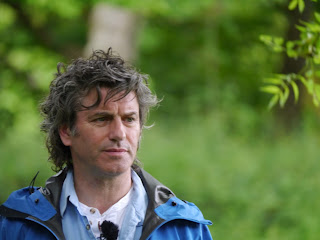 After the Program I had chance to meat the presenters and get all there autographs including Nick Bakers. Here is me and Michaela. 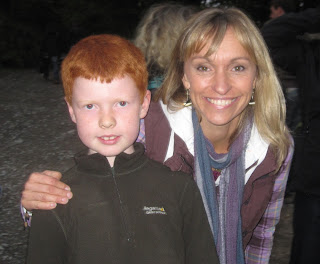 Here is me and Chris. I chatted to him for quite a while (about 10 minutes) all about birds and wildlife. But the kindest thing Chris did for me was give me the Badger skull shown on the program. He is such a knowledgeable man and so I'm giving him a big thank you. 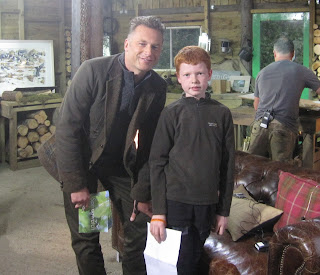 Here is me (with the badger skull) and Nick Baker. 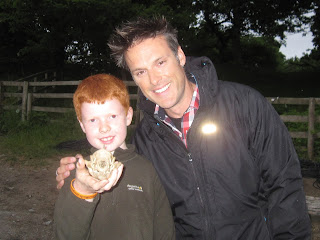 I also really liked meeting Martin and talked to him about my ringing with Peter Fearon. I want to say a big thank you to all the presenters for letting me have their autographs and for letting me ask them lots of questions. 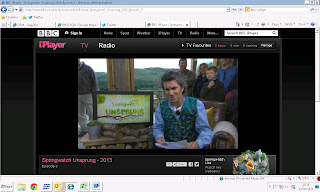 If you didn't watch it last night, you can watch it on BBC Iplayer for the next few days.

It was also brilliant to meet Monty who is about the same age as me and takes brilliant photographs. I am going to stay friends with him.