A while back I blogged about going to my Grandma's, however I missed out a blog so I thought I'd share it with you today. A nice day on Thursday gave me chance to watch a rather big Tern colony at Cemlyn Bay. Below is my best Sandwich Tern flight shot; these are my favorite of the terns in the UK. 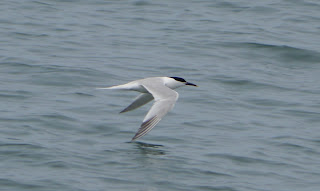 It wasn't just Sandwich Terns I saw in the colony, there were also Common and Arctic mixed in with this small group in the picture below.

There are gulls like this Black Headed Gull breeding on the island (they are much more easier to get flight shots of than the terns). 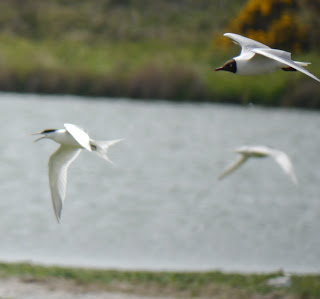 I met some one called Kathy James whilst watching the Tern Colony; accompanied by Ken Croft (both from Nature Bites). Kathy was the person invited by Peter (my ringing teacher) to do a ringing roost session. They both gave me lots of help so I would like to say a big thank you. 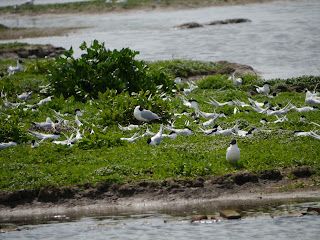 Whilst I was at my Grandma's I also visited South Stack on the same day I visited the Tern colony, however the cliffs were no where near as full as the were last year. And I only saw one Puffin!!! 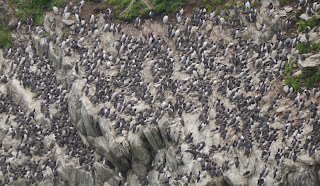 Before I went to the Tern Colony I went to a small sandy beach right next to the colony which let me get a few snaps of a pair of Oyster Catchers. 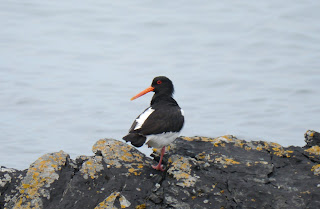 This remarkable bird is my dads favorite. 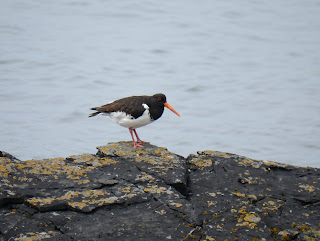 And finally I wanted to share this picture of a Black Headed Gull coming in to land. 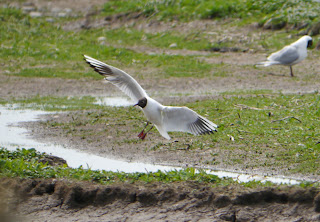 Thanks for reading.. Stay tuned for my next blog.