So I think it's been about a month since I blogged about ringing - nevertheless I've been out every weekend, so this blog is a bit of a catch up if you like on the migration and catch rates of the sessions.

We have been catching a steady number of birds, but weeks have been very different, from really good numbers one week to not so many the next. Of course they are all on the move but you would think you would get similar numbers week to week. One bird we haven't really caught much this year is the Whitethroat. We had good numbers last year, but this year's numbers were way down. I think we only just got in to double figures this year 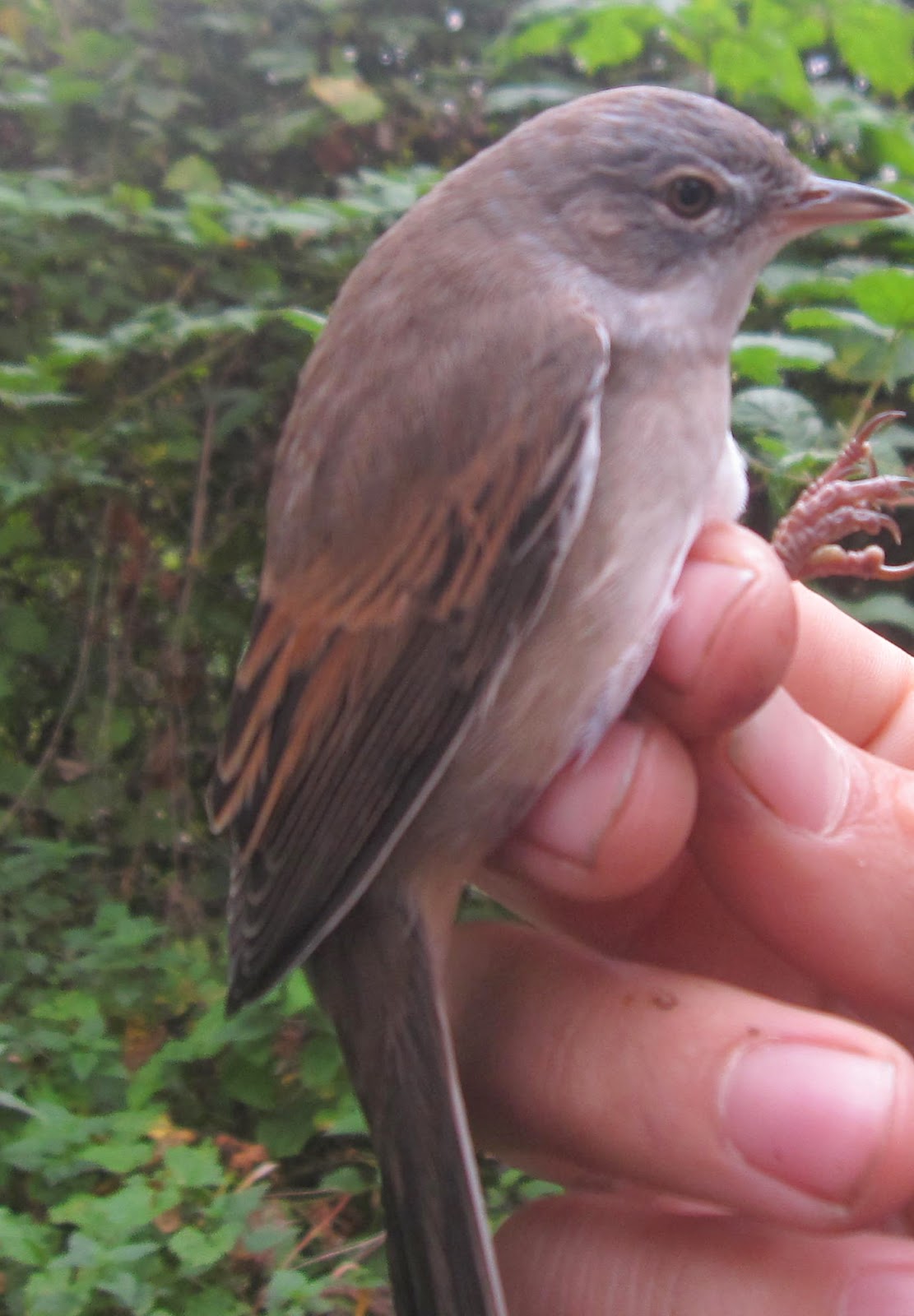 Blackcaps and Robins however seem to have been caught in good numbers and this is evident across the country (see BTO demog blog).  In one session recently we managed to ring 36 robins and we are still catching into the mid teens currently. It must have been a good breeding season with multiple broods no doubt.

Along with this current migration pattern we had a couple of unusual catches, including a couple of weeks back a stunning Fire Crest; a first for one of our sites. This site this year has had some great birds including Cettis, Kingfisher, Spotted Fly, Firecrest, Siberian Chiffchaff - all this right on the edge of one of the most deprived areas in Merseyside. 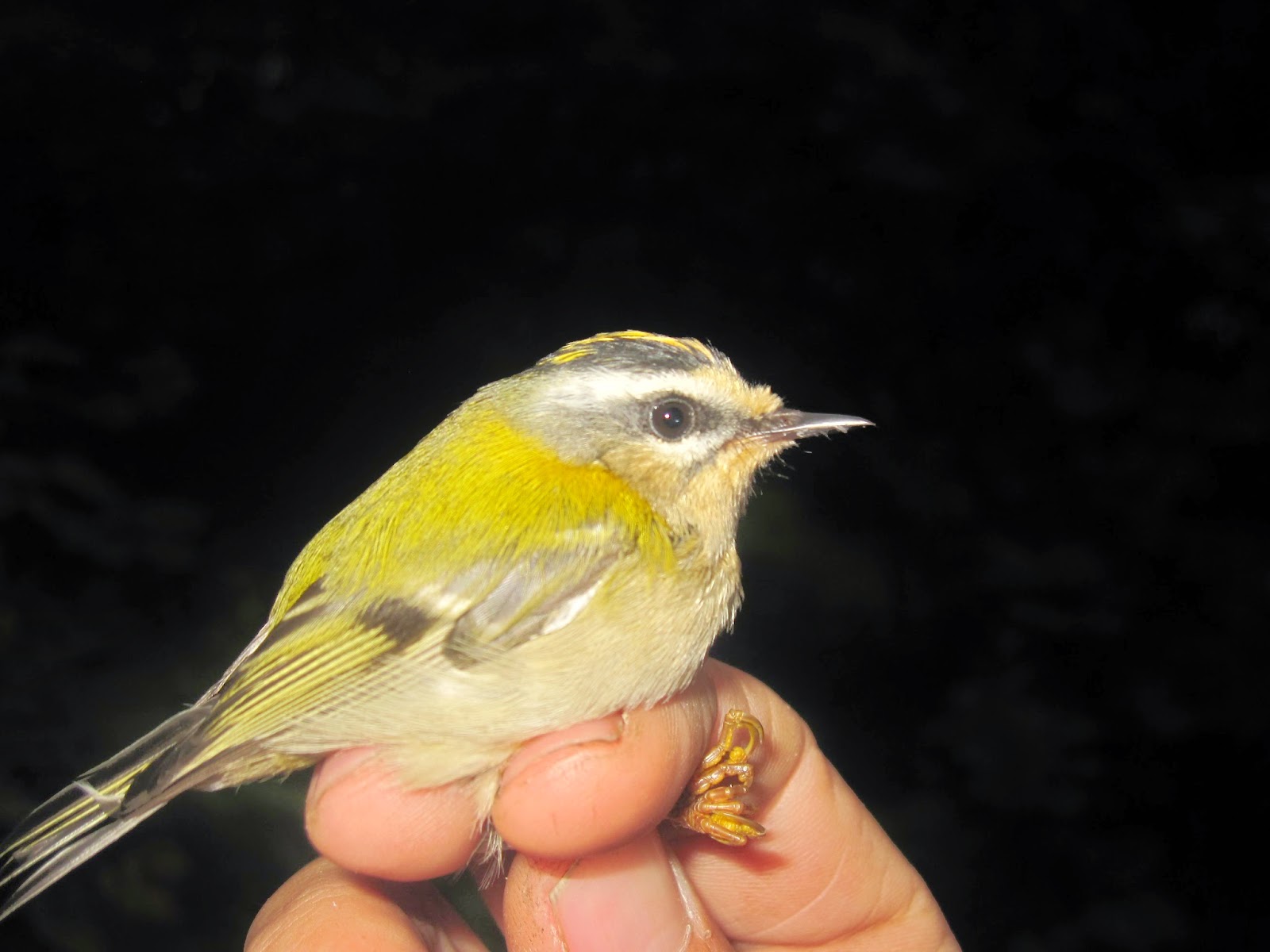 Tied in with migration a couple of the birds migrating through have had a couple of distinguishing features, including this female Blackcap which had an eye deformity. On inspection, at first it looked a bit like a tick it but on closer inspection it appeared to have a  deformity on its nictitating membrane, 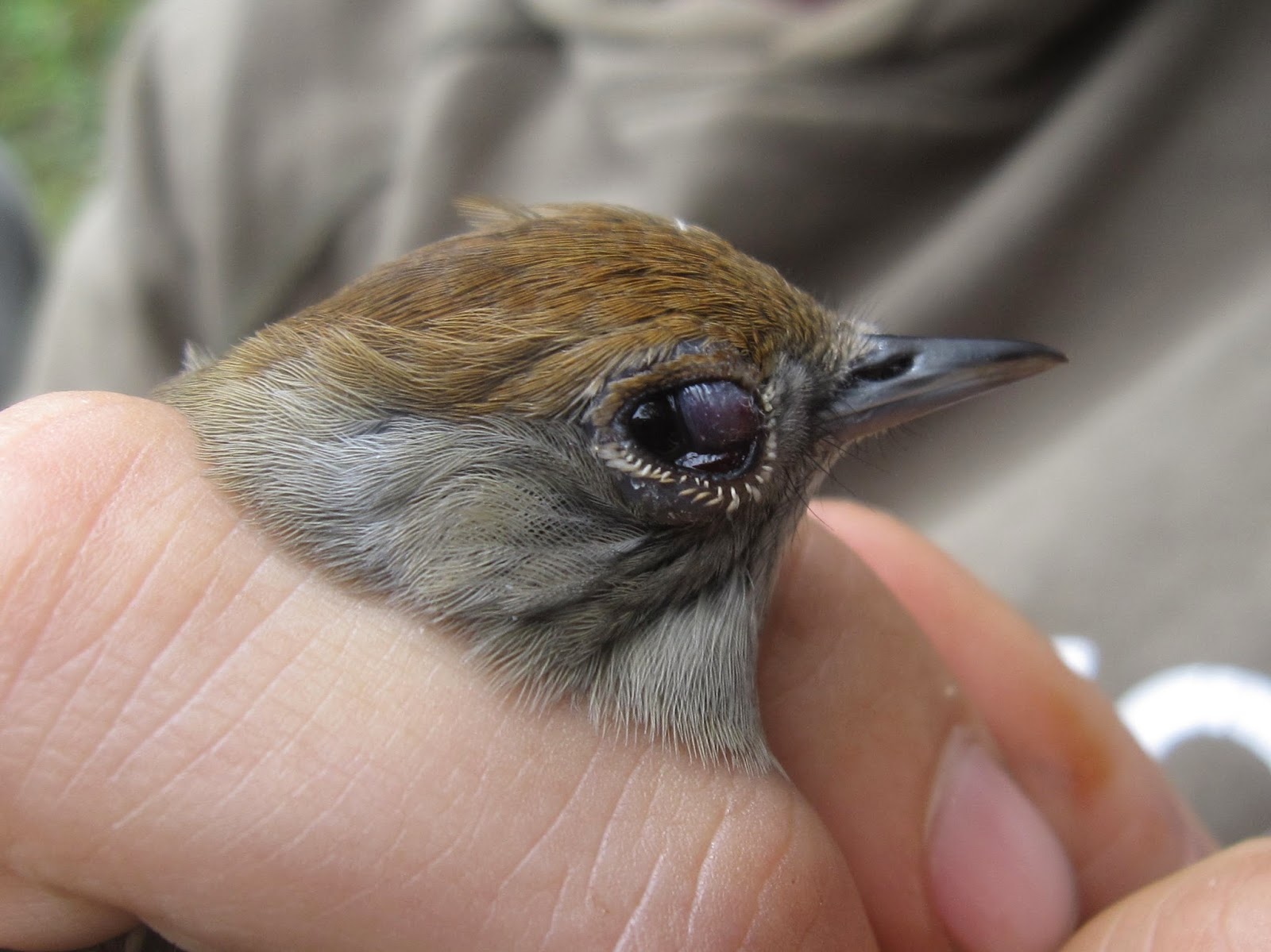 A head on photo looked more insect than bird. 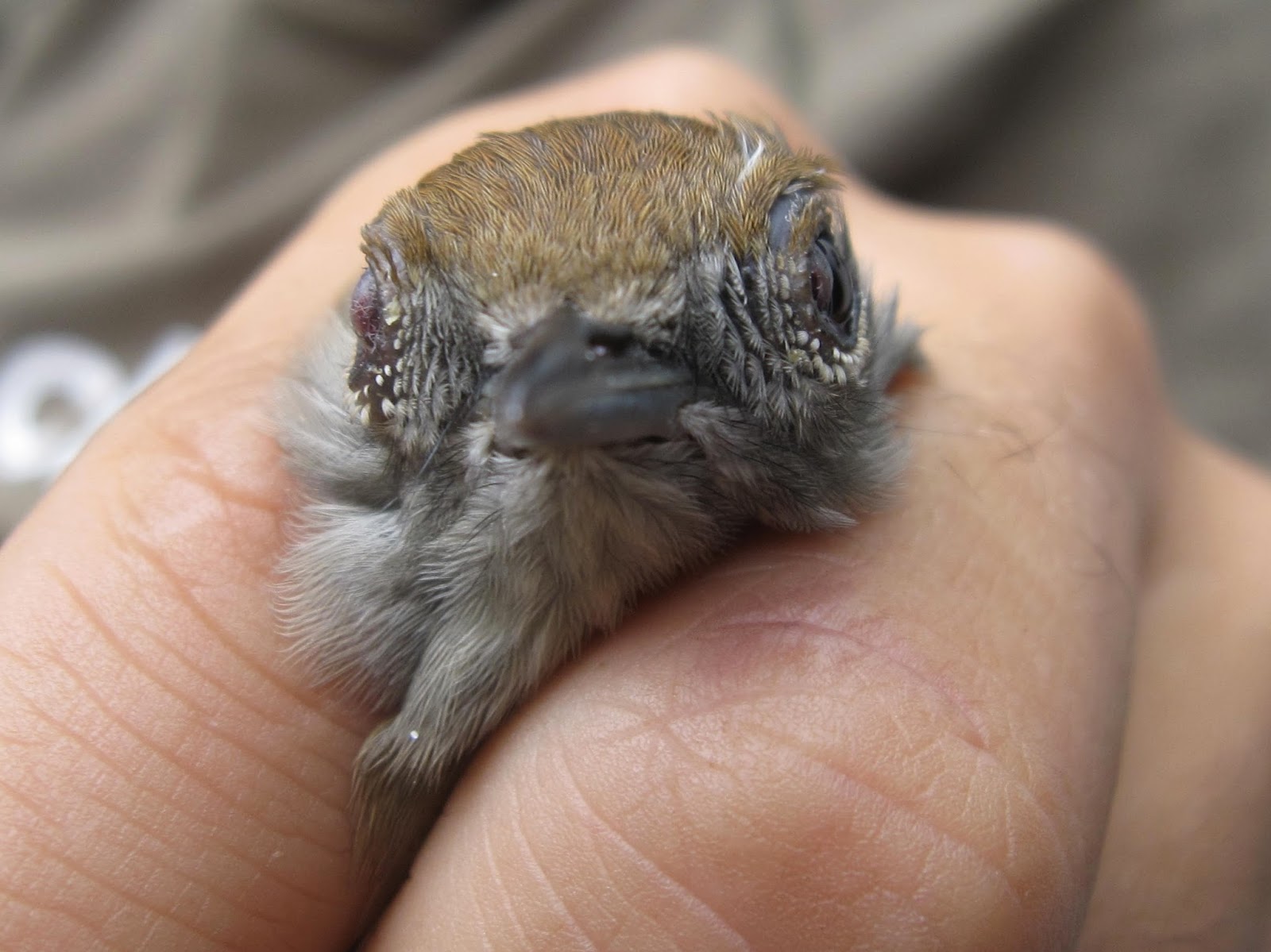 The following session after this one we also caught a female Bullfinch with a similar growth but ten times as bad, however this bird seemed to have a huge growth sticking at least a centimeter away from the beak and almost covering the gullet to swallow food. Not a nice sight, but in every other way this bird seemed healthy and had obviously been feeding okay. 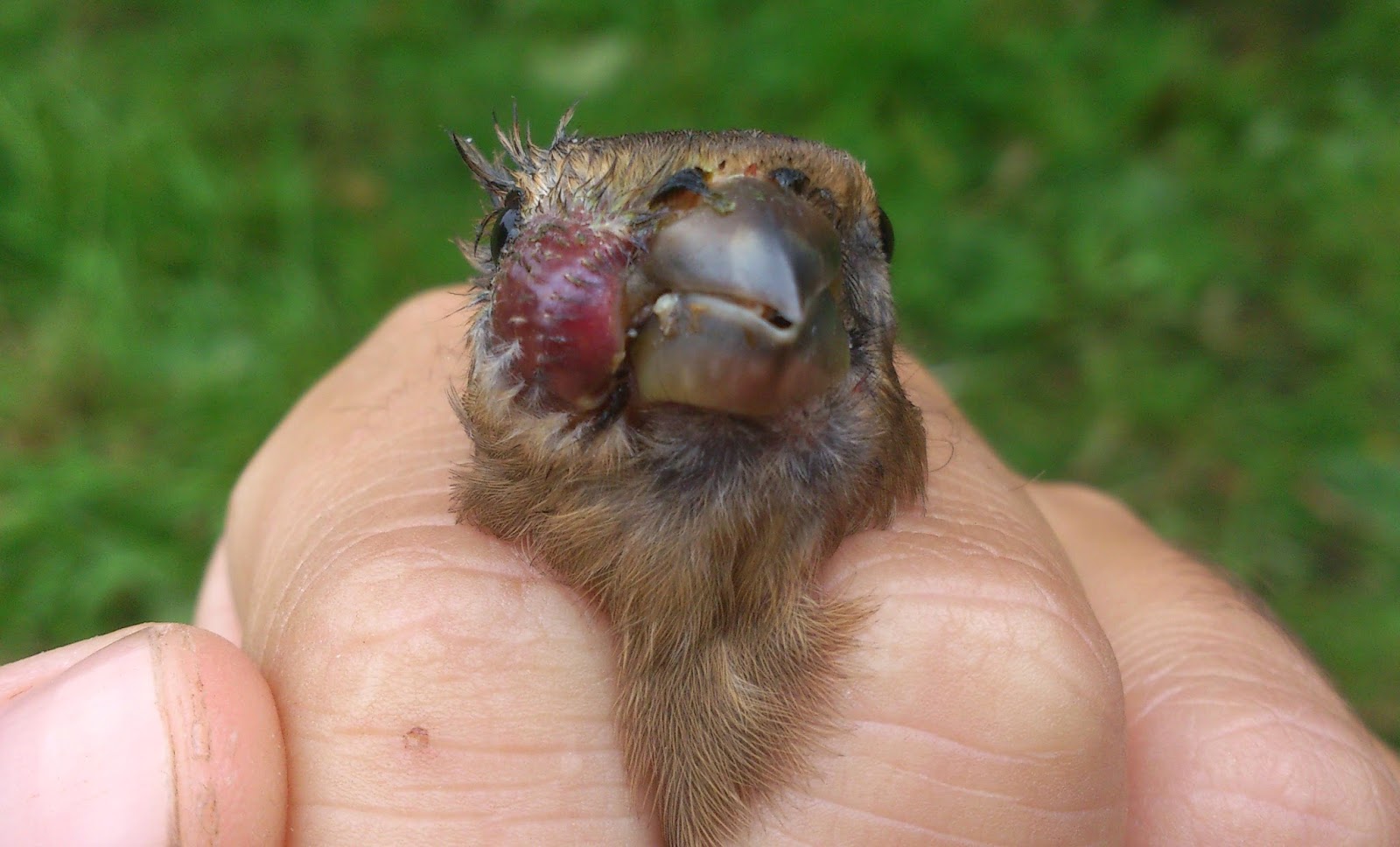 I would be interested to hear if anybody else has been having any deformities of the eye region.

And so it wont be long now before our Scandinavian visitors arrive to our sites Fieldfare and Redwing shortly and after catching really good numbers last time will we have any retraps and controls? An interesting time ahead. 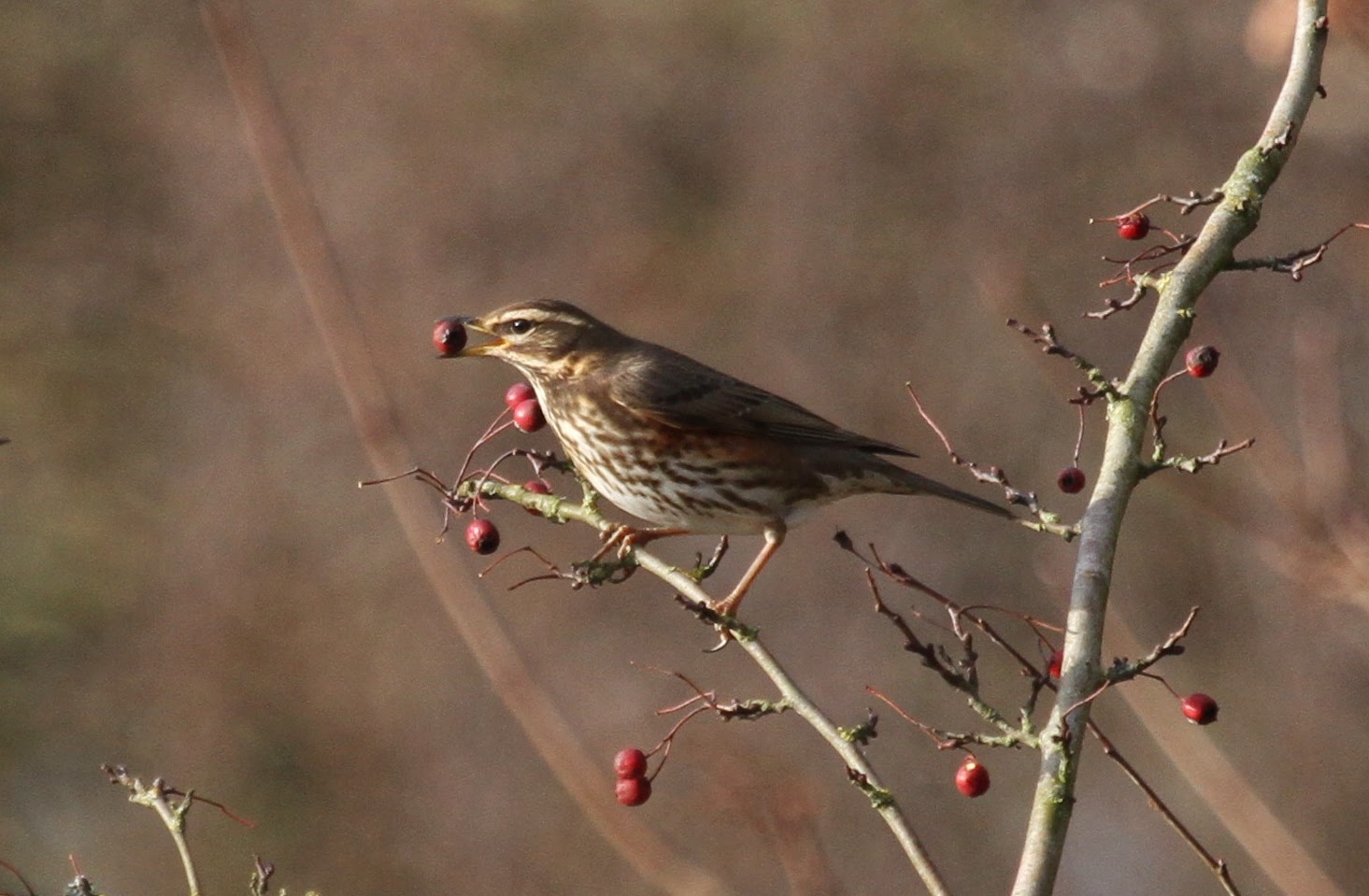