Sky Dancers on the Dee

Recently I've been doing lots of work to promote awareness about the illegal persecution of birds of prey, particularly Hen Harriers. I was lucky enough to have the chance last Sunday to volunteer with the RSPB at Parkgate on the Dee Estuary. This gave me the opportunity to talk to everyday people about how our Hen Harriers are in danger. The RSPB are doing monthly Sky Dancers on the Dee events at Parkgate, so try and get to one if you can. 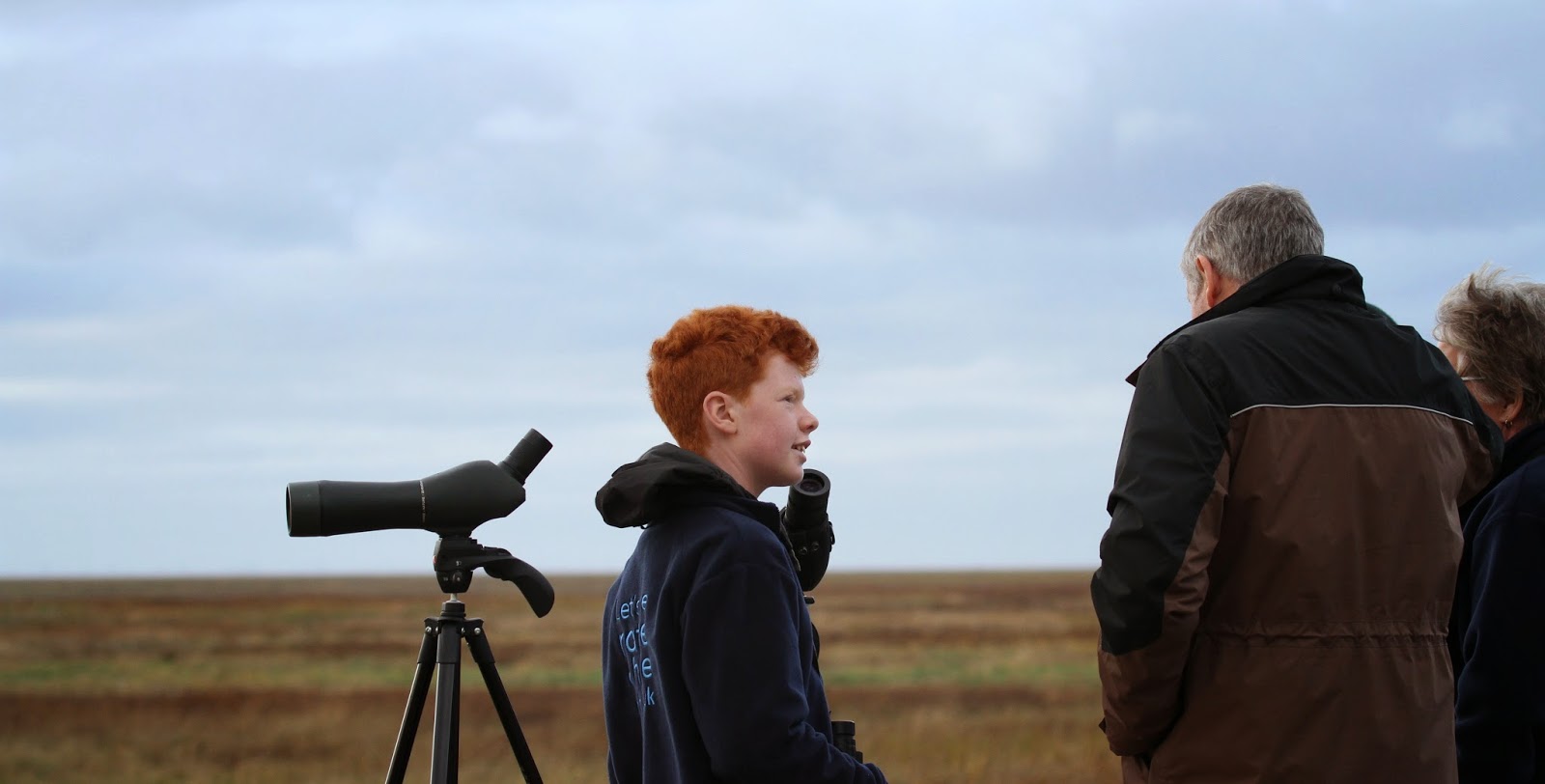 I spent the afternoon with  Dan Trotman (who works at RSPB Burton Mere) and Sheila (an RSPB volunteer). Dan is really enthusiastic about saving Hen Harriers and raising awareness and it was great to help him.  Each one of these events is the last Sunday of the month throughout the Winter (I'm hoping to attend all of them). 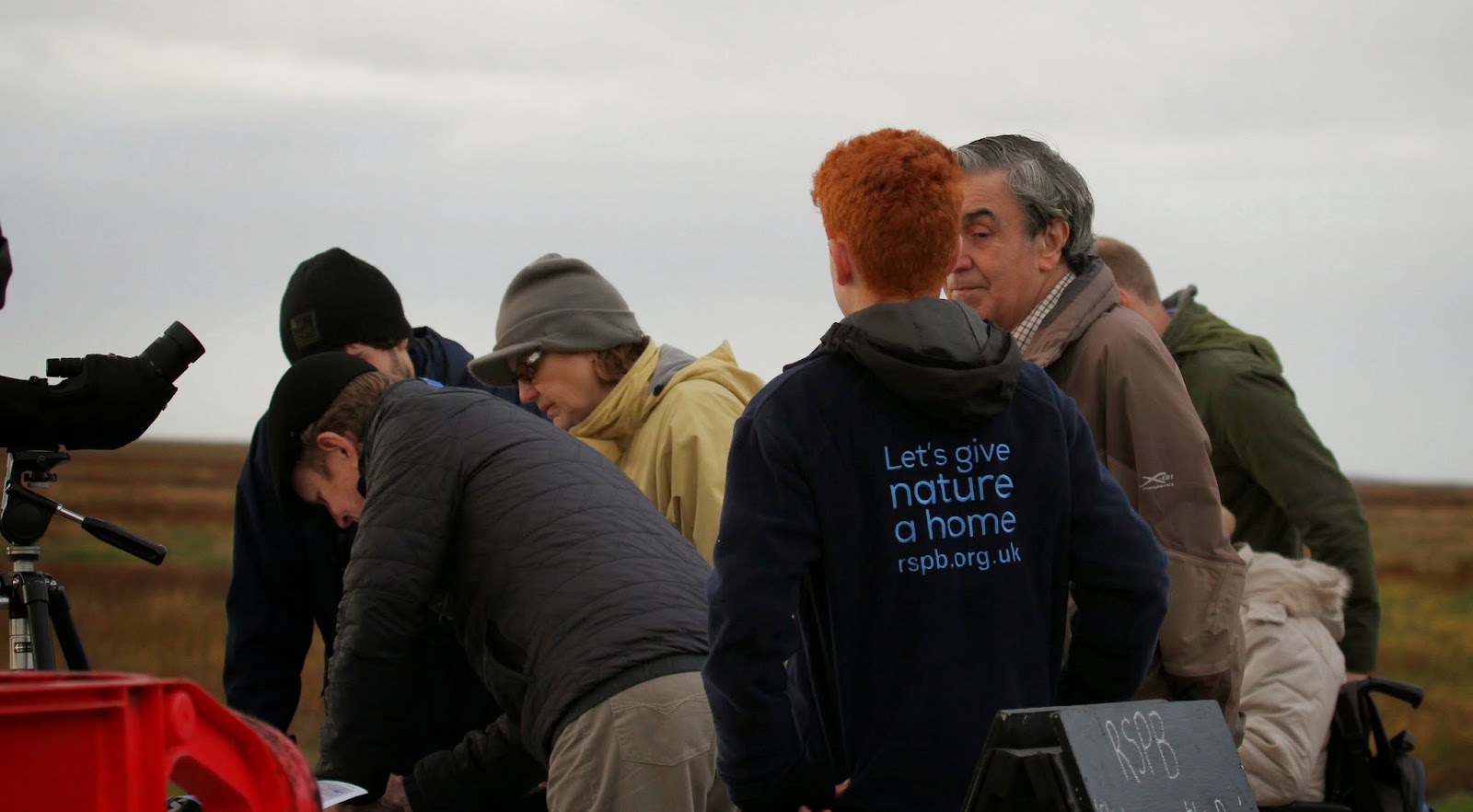 The whole point of these events is to get the public aware of what is actually happening out in the field and how they can report it, because persecution of raptors is illegal. Everything from suspicious behaviour to physical harm should be reported.

In the end it was a brilliant day having at least 15 good proper engaging chats to people about Hen Harrier persecution. We even got a very brief glimpse of a Hen Harrier out over the marsh. I just hope that the long term effects of what we did help to change people's attitudes towards our wildlife. 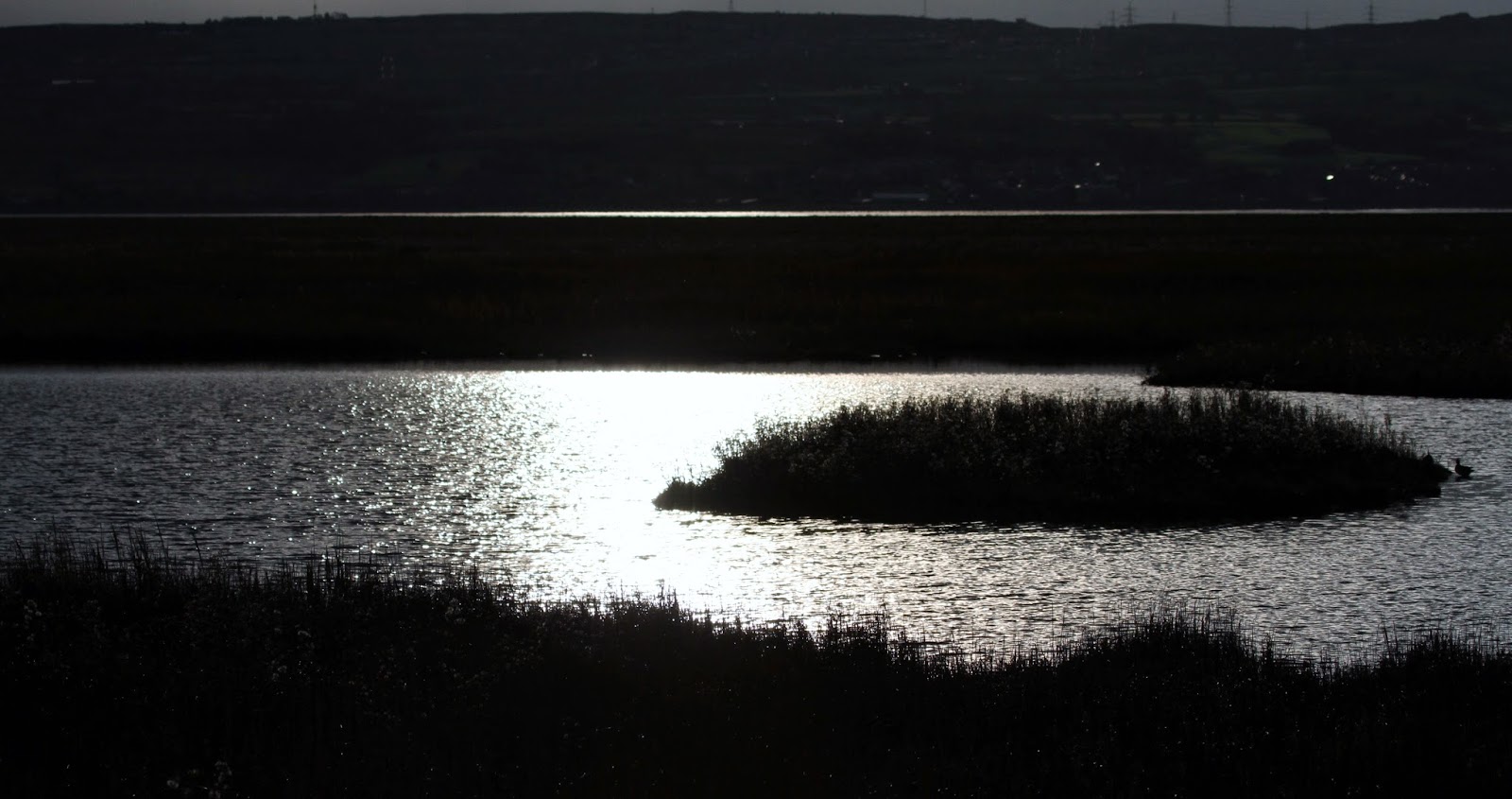 Dusk on the Dee Estuary

Following on from raising awareness for Hen Harriers at Parkgate, a few day later, after a 2 and a half hour journey (and hiring an Enterprise sprinter van just for Harry) we finally arrived at RSPB Leighten Moss so I could be interviewed for Autumnwatch Extra. My interview for Autumnwatch fits nicely in this blog because I was talking about being a young naturalist and more importantly about raising awareness about our of Hen Harriers.

So the day really started off a bit let's say chaotic, as firstly we had to find somewhere to park the huge sprinter van, thank goodness for a very understanding car park attendant! We found our contact from Autumnwatch and then I got introduced to Brett Westwood who would be interviewing me later. After getting Harry out of the van and set on his roosting perch, we got a bit of time to relax and have a wander around the spectacular (it really was an amazing) reserve; getting fantastic views of a female Marsh Harrier drifting over the reeds, memories you just can't forget. 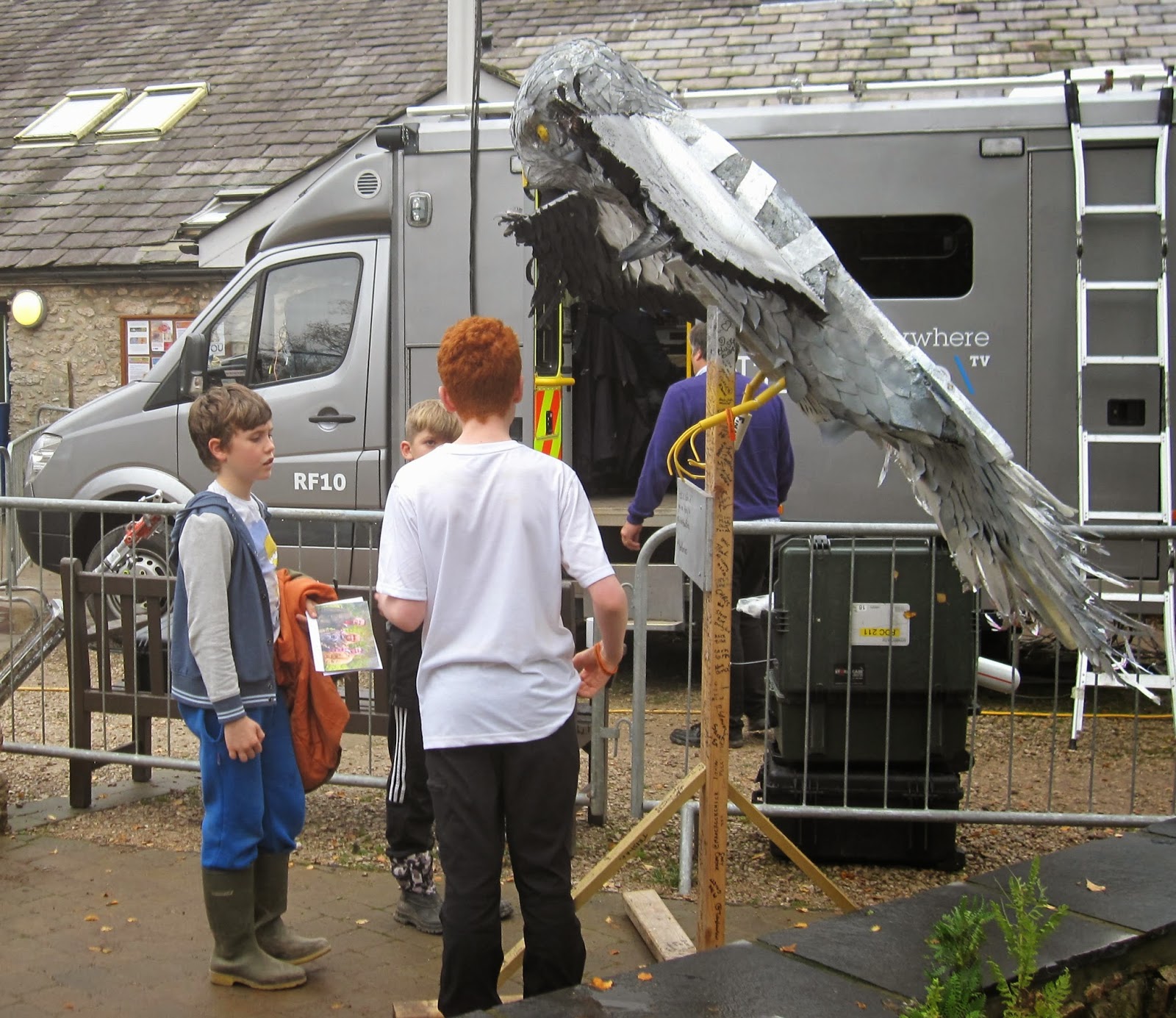 Harry doing what he does best, engaging people

This day was just getting better and better, as after a drink or two I got to do some proper recorded filming with Brett, which was great because I got to talk about Hen Harriers and the project of creating Harry. I also had a great chat with Brett Westwood about all sorts of wildlife stuff, he is a really, really great person. 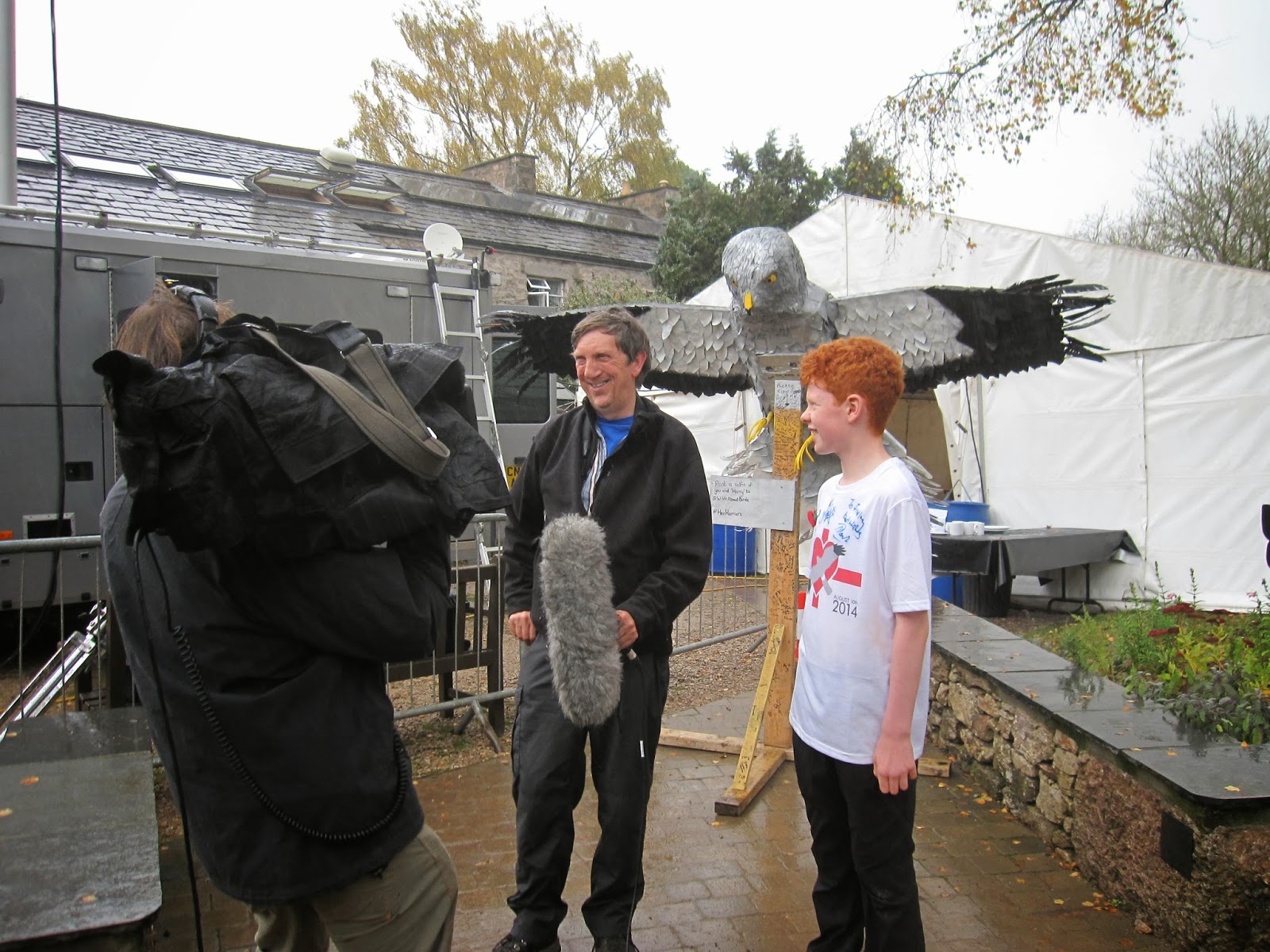 Talking about Hen Harriers with Brett

After the filming me and my dad went for a proper walk along the causeway trying to find the Bearded Tits, however as it was  mid afternoon our chances were quite slim, as they are normally out feeding in the morning. We only had a limited amount of time before I was live on air so we used the time wisely and did get a fleeting glimpse of a Water Rail.

So after another good walk around the reserve, we headed off towards Lilian's hide where Autumnwatch Extra was taking place and where I was going to be interviewed. We arrived a good ten minutes earlier before I was going to speak so I could think about what I was going to say (which is quite important as I didn't want it to go wrong live)! When Brett arrived I sat with him for a bit watching the Starlings coming into roost before it was time for me to go on air. 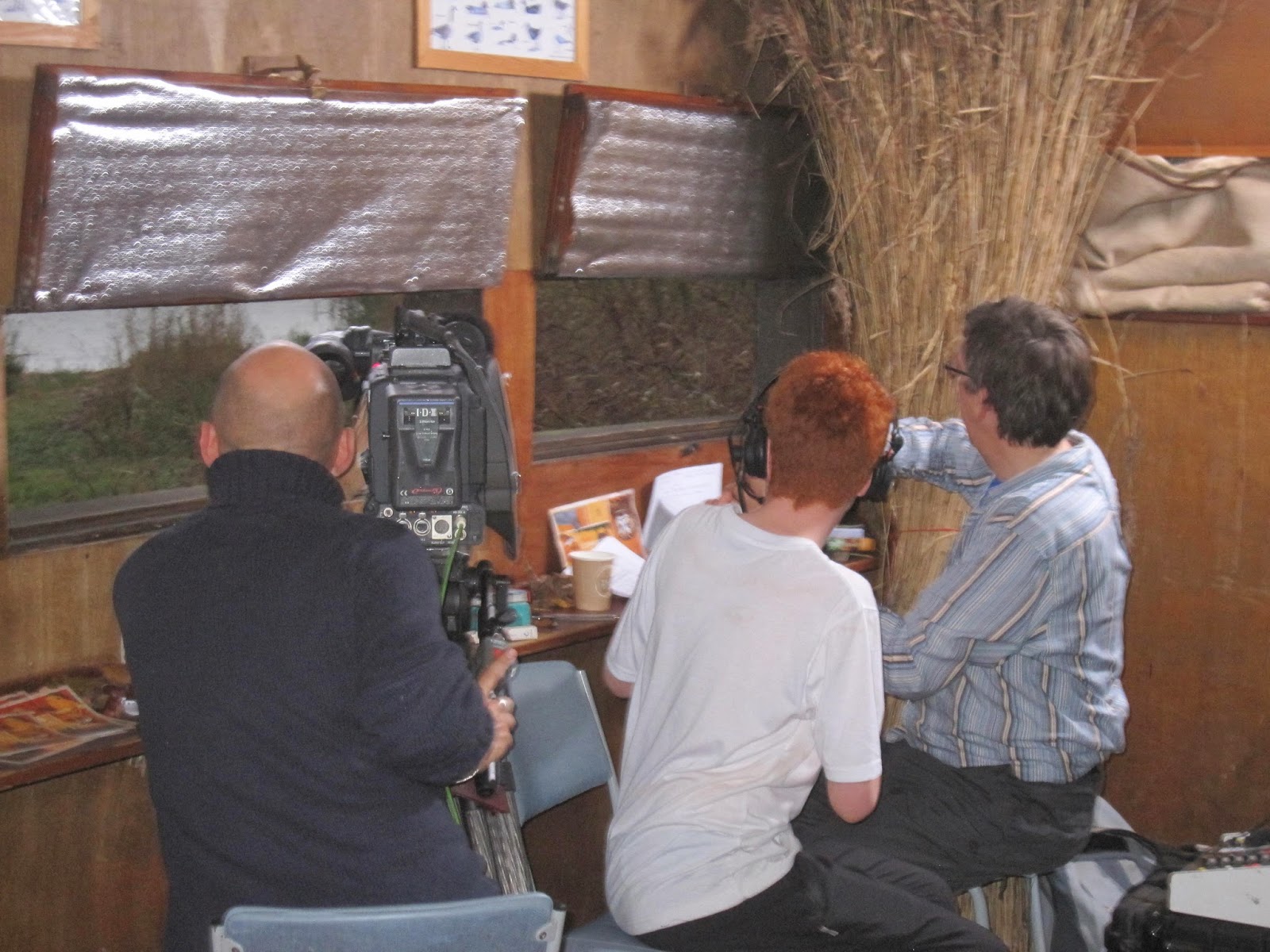 I walked into the production room a little anxiously before I sat down and the interview began, at first I was a little nervous however the words soon started to flow. It was so important to me to get things right and come across well for the sake of Hen Harrier awareness. 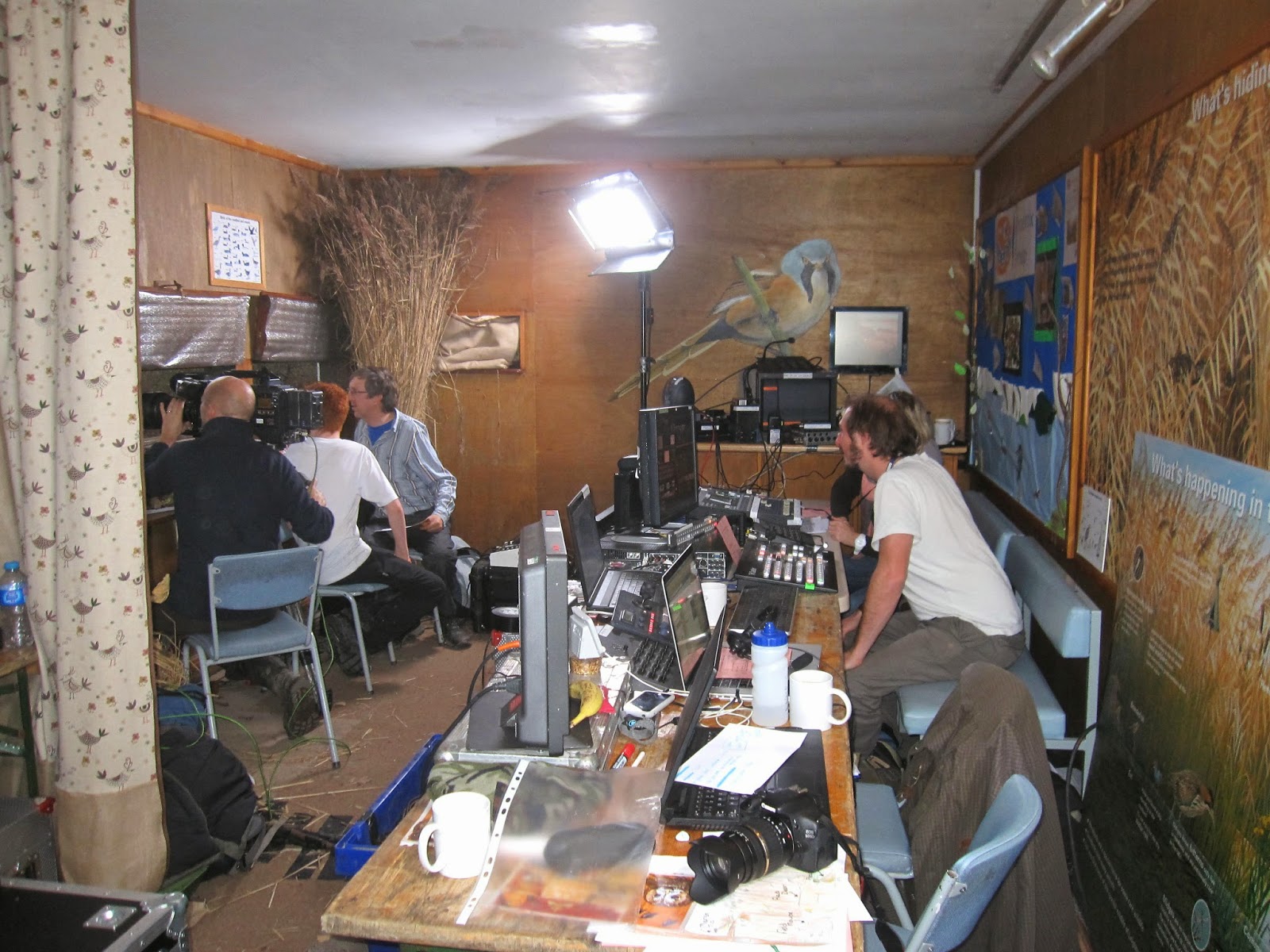 Brett was asking me questions about me as a naturalist, what  is happening to Hen Harriers and about a world without them. Brett also showed me some of the footage of the highlights of the day so I also commented on those images a bit as well. On my way out Iolo Williams was waiting to go on,; he made a really nice comment about what he had heard me saying. I'd love to go birding in Wales with him (just in case you read this Iolo).

It was also really nice to get in a chat with Chris Packham again who is always really inspiring and of  course very supportive and enthusiastic towards the next generation of conservationists. 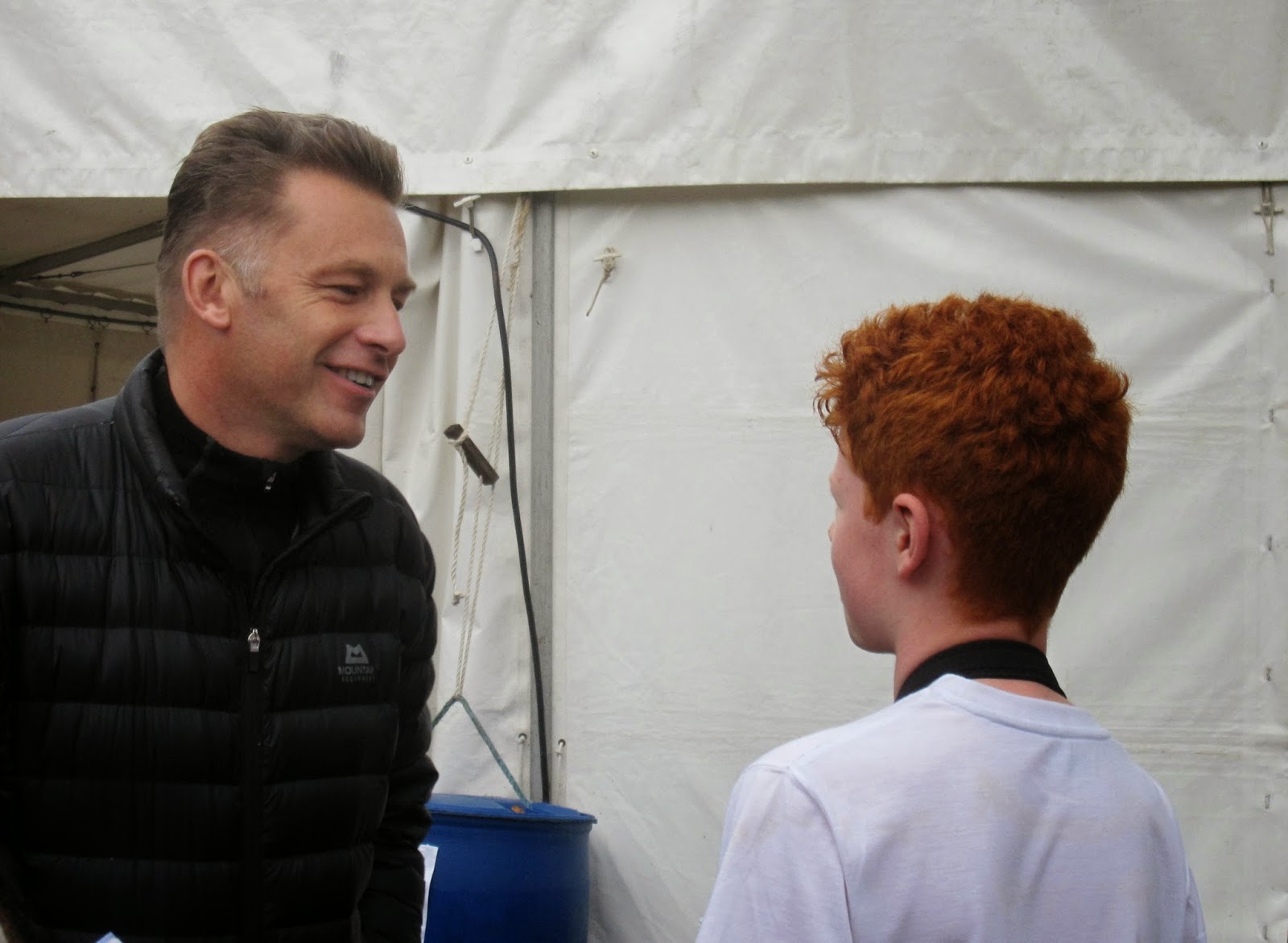 I did also stay for Unsprung which was nice as I got chance to meet Nick Baker and had another chat with Iolo Williams. I had nothing to do with the power going off on Autumnwatch that night by the way!!! 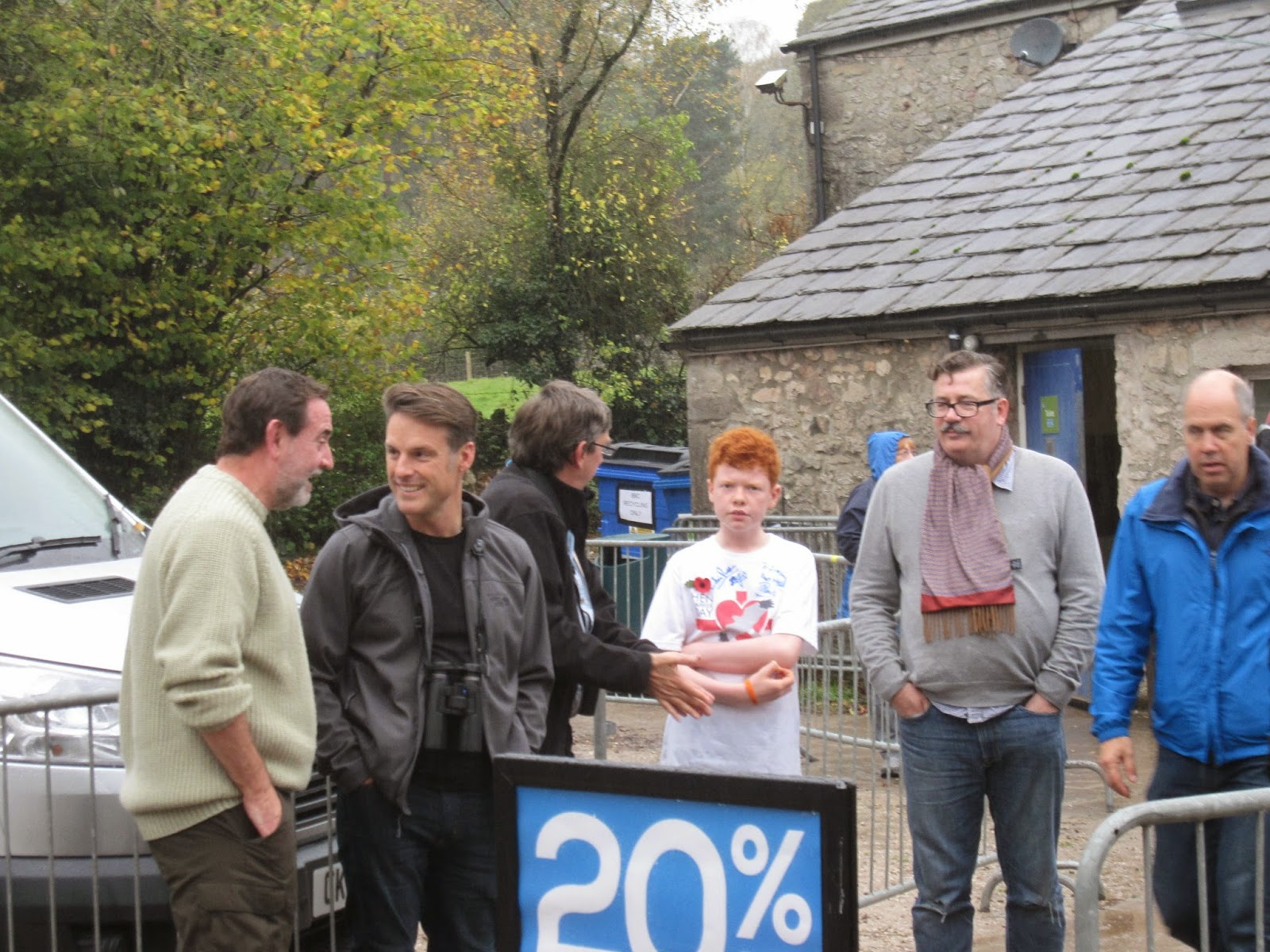 Once again Harry was the real star of the show and a great talking point. It was great to see and talk to so many young people on the reserve, especially the lovely and friendly family I also met at bird fair last year. 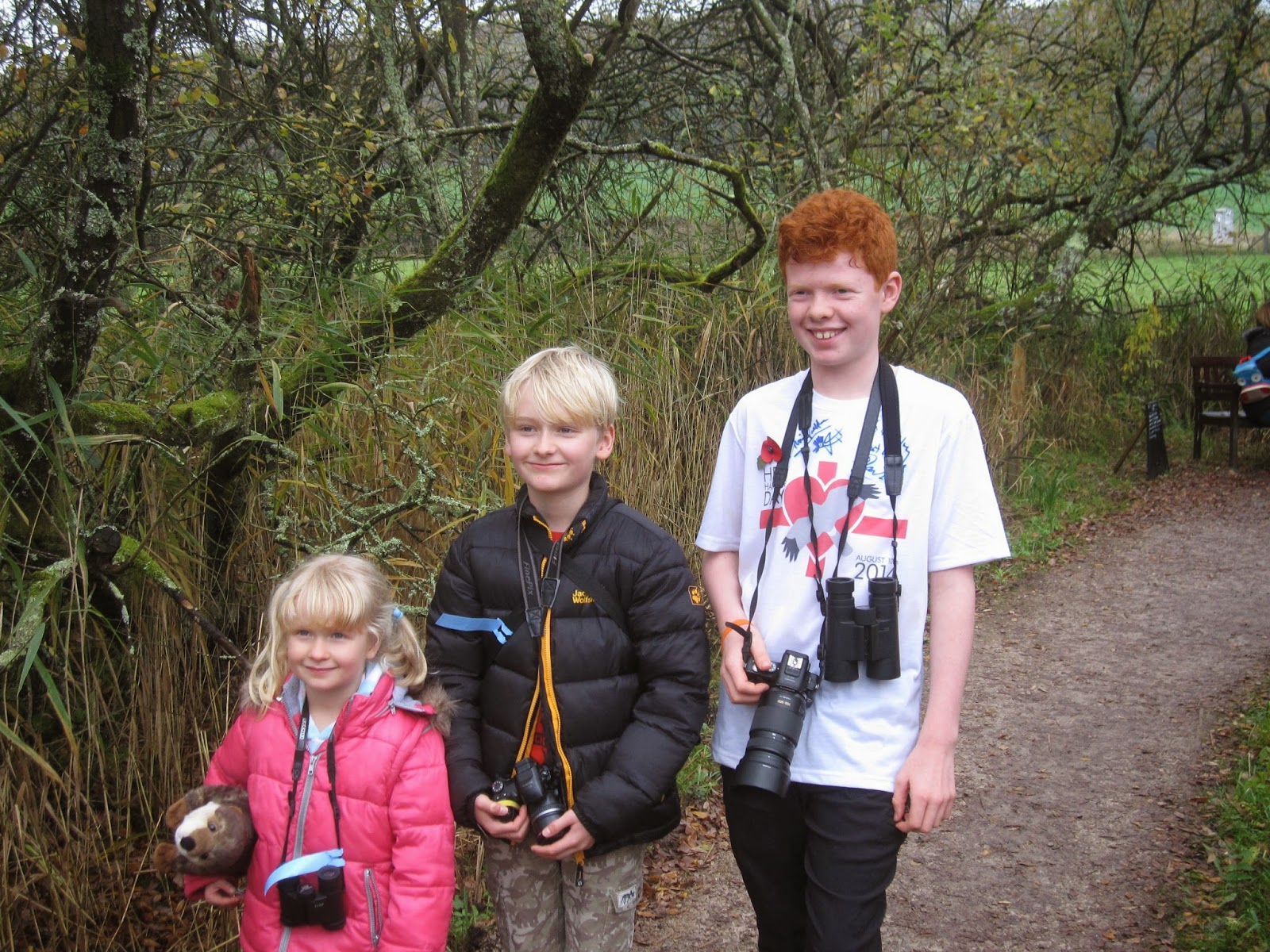 With Jack and Lucy

I want to finish this post by asking you all to do something;  imagine a world without Hen Harriers, what would you miss?

The wondrous dives and angles the sky dancer shows us, effortlessly drifting ghost like over reeds or moorland. A serene master of the skies, showing us a glimpse of how beautiful nature can be.

What right do we have to take this away. I think having a natural treasure like our Hen Harriers on the edge of extinction in England sadly tells us a lot about the attitude of too many people today.

I want to say a massive thank you to the BBC Autumnwatch team, RSPB Burton Mere and RSPB Leighton Moss for the opportunity to talk to so many people about Hen Harriers.

You can watch my Autumnwatch interview on the link below. The Hen Harrier part starts from about 2 hours and 6 minutes and 30 seconds in.


Linking to Wild Bird Wednesday
Posted by Findlay Wilde at 16:31