I had been waiting really looking forward to last weekend as it was Migfest, an annual migration festival at Spurn in Yorkshire, where there is a good number of talks over a couple of days, brilliant bird watching, and for the first time this year, the young birder of the year award. This first ever young birder competition was between me, Ellis Lucas and Evie Miller, and I couldn't wait to see them again, as we have all met a few times through A Focus on Nature events.

Migfest was over a two day period, however I only attended for the day, and because I live in Cheshire, it was an early start and a late finish for me. My morning kicked off at around 4:30am with quite a drive ahead of us, 3 hours roughly. After carefully reading the weather forecast it didn't look too bad, however it proved to be quite horrendous on the drive across when we joined the M6, so I was pretty glad that the front had cleared by the time we arrived.

Once we had reached the Kilnsea area, I already recognised a few faces including Lizzie Bruce and Nick Moran. By this time it was about eight o'clock. It took us a bit of a drive around to locate Westmere Farm, where we had to collect our tickets; however once that had been sorted I was already off to explore Spurn, as I couldn't resist a sneak peak over the North Sea at the sea watching hut. We headed there with Evie Miller and her mum Lorraine. 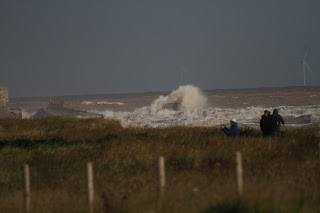 It was quite rough out at sea, however the wind proved to bring some pretty good bird across for us, mainly flying North, and within a the rough 20 minute period  I had already seen my first Sooty Shearwater, Arctic Skua, Long Tailed Skua and Cory's Shearwater. The Cory's was great to see, as it is a bird not many people get to witness and a rarity for Spurn.

About 30 seconds after the Shearwater had flown out of view, Ellis Lucas and his dad Mark arrived, gutted to of missed the Cory's (although they had just seen a Black Stork), but just in time to meet up for our competition,  Now this was where the series stuff came in. We were introduced to everyone by Nick Whitehouse in the actual observatory, and then assigned an assessor to take us out to a certain area of Spurn to see a certain group of birds and ID them. Each of us did this at the same place just at different times. So first up I was sea watching. Sea watching was fairly difficult, and I was watching out with Garry Taylor, a brilliant birder and one who knows Spurn very well, as all the assessors did.  It was tempting just to chat to him about all the birding he has done there, but I had to remember I was being assessed.

I was instructed to focus on a certain wind turbine out at sea and anything that flew past in that focus point I was told to identify, I saw Red Throated Diver, Grey Plover, Arctic Skua, Common Scoter and Sooty/Manx Shearwater. I managed to get all the species I was tested on correct, a good start!

Next up I had bush watching, where we had to go around and through the shrubby area of Spurn and identify anything that was seen, this was fairly straight forward, seeing Pied Flycatchers, Stonechats and Linnets. My mentor for this activity was Nick Whitehouse himself, who was great to talk to and engage with, I have to say a big thankyou to Nick as it was partly his idea to come up with the young birder of the year competition. After the half way point we moved on to estuary watching, the estuary being the Humber, unfortunately the tide was in so it was even harder with the wading birds being in flight, however I think I got everything right, and the supplementary question. If you want to have a go, the question was name a wader with yellow legs from Europe and one from America.

Finally we had the stage I found most difficult, the lab test, where we had to identify a certain number of calls and feathers of the wing, I think I did okay with that, however one or two of the calls caught me out. After that we did 20 minutes or so of Vismig (visible migration), which was very difficult, not from the point of identification, but because there wasn't too much about (because of the wind and rain). We did manage a few good species though.

It was a great morning and it went so quick. In no time at all competition had drawn to a close. It was nearly time for lunch, but Ellis and I were hoping to see the Red Backed Shrike, so we spent a quick half hour finding it and watching it before heading back to The Warren. 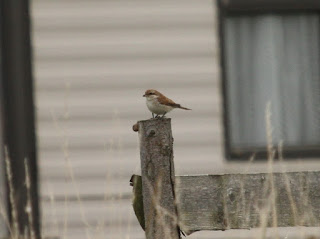 We all had a great lunch together and then the assessors talked through how we had done and what the results were.  One of the best things about the competition was meeting the other young birders of course and getting all the individual time with the assessors. They knew so much and showed you so many great places on Spurn. So a massive thank you to Nick Whitehouse, Garry Taylor, Nathan Pickering and Adam Hutt. And a big thank you to Spurn Obs and NGB who were sponsoring the competition.

As Nick said, it wasn't about the final result, it was about all of us young ones having a great opportunity, learning and being encouraged to keep going.

I then had a few hours of time to kill before the talks in the evening, so I spent it with Ellis whilst mum and some of the other grown ups went to the pub and left us to it, however they were pretty disappointed when we informed them we had great views of two Sabine's Gulls which flew north.

I also got to catch up with Bill Morton (another brilliant birder who I spend lots of time with at Frodsham Marsh), and also Don Weedon, who used to bird at the marsh alot as well (along with Bill and Martin Garner). Anyway after informing the parents about what they had missed, we went to look for the Barred Warbler, which we both had missed twice previously in the day (and then missed again, although Evie got it later and Ellis got it the next day). We also got great views of a hunting Kestrel and a Spotted Flycatcher. 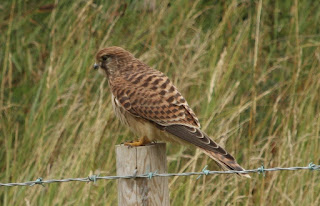 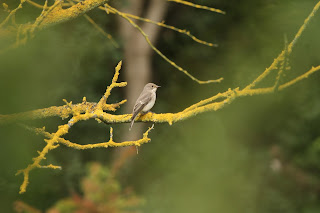 Of course the birding was great and I could ramble on for ages about it, but I had better move on to the evening event. As much as I was looking forward to the talks and awards, I couldn't wait for the food, a hog roast was waiting for me, which I must say I wolfed down after all the walking and birding I'd been doing. After the food there was still about half an hour before Martin Garner started the main event (one of the nicest people I have met and if you haven't met him, you must try) so I managed to mingle and meet some more people, including Colin who was testing me and Ellis on birds he had taken on his phone like Armenian Gulls and alot of other species.

"Please can you make your way into the event hall" I suddenly saw all the people piling in to the room. The evening event was about to start and the first thing on the agenda was the young birder award, where Martin Garner introduced Nick Whitehouse, who then introduced us youngsters. Nick told everyone about the event, and then gave out the prizes, where we all got given a copy of Martin's new book, and all got given a trophy, a stay at the Spurn Observatory and free membership. The main prize was a pair of Swaroski Binoculars!!!

Of course we soon had to move on, and I couldn't wait for the only talk of the night, birding in Israel. This talk was fantastic, and really showed me the power of mass migration is some parts of the world. It was great to meet up Yoav Perlman after his talk, and Israel is a place I would love to go to in the future.

After the talks I stayed for a bit to talk to Bill, Martin and Don. It was so interesting as they were all birding Frodsham Marsh at my age. 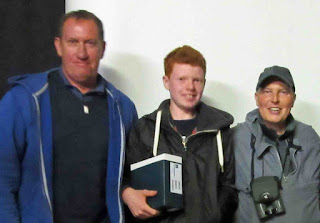 So what can I say, a fantastic day at Spurn, and one I'll never forget. I must say a massive thank you again to everyone who made it possible and gave up their time. I can't wait for next year, but I am sure that Spurn is a place I will go back to soon. 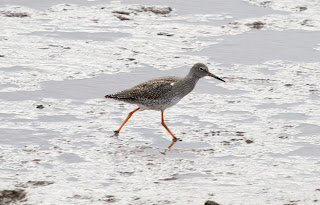