Tonight I am posting the last guest blog in the 13 Years Wilde series. I will be writing a blog about my thoughts on all the guest blogs soon, and that will take a bit of thought as they have all been so honest, detailed and there were quite a few common themes that came up as well.

The last (but not least) guest blog comes from one of the most amazing birders I know, Bill Morton. I met Bill on my second ever visit to Frodsham Marsh, and straight away I knew I could learn so much from him. He has birded the Marsh for years and years and writes a brilliant blog all about the Birds of Frodsham Marsh. He is jam packed with knowledge, really encouraging and really makes you think as well. If you ask how many Black Tailed Godwits are on No6 Tank, he makes you go and count them and then compares your count with his. I have learnt so much from Bill and really enjoy birding with him. If you ever want to visit the marsh, let him know you're going (@FrodshamBirder) and he will be more than happy to show you round. 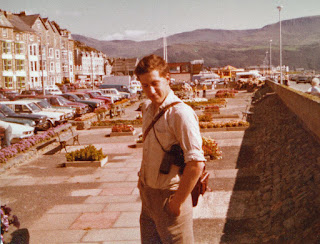 "Turn that off I'm having me tea!"

In the 1970's bird watching wasn't an interest that you bandied about in your school in north of Cheshire without having to defend it in the playground...with your fists!

My first encounters like a lot of children was stoked by my mum. I am one of nine children and to pacify and to calm troubled waters that amount of kids generated required military precision, so walks in the countryside were required. The limitations of our frugal, feudal and fun lives were offset by these wonderful walks along the dusky lanes of Frodsham Marsh from our home at Seven Houses (between the Weaver Bend and Frodsham Bridge) in the early 1960's with the tunes of Yellowhammer. Corn Bunting and flashes of Yellow from the summer wagtails had a lasting impression and shaped my future outlook.

My interest in birds started a few years later at Manor County Junior School, Frodsham where me and two mates would pour over the delicious plates in the Readers Digest Book of British Birds whose paintings were finely crafted by the hand of New Zealand artist Raymond Ching (I've still got a copy and I still love it). 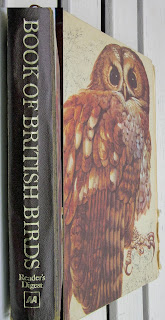 Our teacher Mrs Jotham had brought in her copy for a lesson and she never took it back home. The three of us at break time would take it in turns to guess what the species was on each page by covering up the birds written name. We pretty quickly got to learn the bird species so when a Pied Wagtail appeared in the playground we'd had it covered at age 7.

Anyway, I'm off at a tangent and Findlay asked me to write about being aged 13. 1972 was a massive shift from being a kid to growing up and becoming a teenager. I thought that being a teenager was about being in control of my actions but still having  reassuring parents close to hand if I did muck up (which I often did and still do).

Three things loomed large in my life at age13: A.  Man Utd, B. Northern Soul Music and C. Nature. The first one has been a cruel mistress, the second fell by the wayside replaced with a more eclectic choice but the third has been like a comfort blanket ever since.

I remember, aged 13 glued to the telly on a Sunday teatime waiting for some nature programme to come on BBC 2 and listening to the voice-over man building the dialogue up as a Golden Eagle majestically soared over a snow capped Scottish Mountain as he narrated "this is a once in a lifetime experience for a lucky few". Little did I know that many years later and on my birthday I would be watching one just like the cameraman's but soaring high over a Norwegian Fiord...That was majestic!

Like I said my anticipation at watching this type of TV programme were not without a lot of pestering on my part. There would be the times when we'd be tucking into Sunday dinner and there on the TV a pupating caterpillar would emerge from its cocoon, and my Dad with a mouthful of roast beef " for crying out loud, turn that off I'm having me tea!"

Mrs Ames was the duty head teacher at Frodsham Secondary Common and she ruled the roost like a pre-Margaret Thatcher, but her soft underbelly was her lunch time excursions to Castle Park for her "Nature Club". I went along with a couple of friends whose sole intention was to suss out any new birds nest sites. The 1970's was a time when kids went 'egging' but to give up their lunch break was a little too much and they didn't last beyond the first outing. Although interesting to see my first Whitethroat at the nest these nature outings were limited and I wanted to discover things for myself so my summer would be spent expressing my enthusiasm discovering the Cheshire countryside including long periods on Frodsham Marsh.

During the school holidays I would cycle down to the marsh and for a shy 13 year old that bike gave me the opportunity to explore the countryside around where I lived. Along with the marshes, there were the sandstone hills to the south, Ince, Weaverham and the edges of the River Weaver to the east. But I never ever crossed north of Frodsham Swing bridge into the 'badlands' of Runcorn without me mates! Some of these cycle rides would conjure up a few goodies and at a local fishing pit I found a dead bat on the waters edge. On another occasion a tern floating over Pickmere (probably a Black) and then a family of fox cubs cavorting by their earth.

I wouldn't recommend doing this these days but with school mates we'd swim across the open sludge tanks to cool off during those hot summer days (which seemed to last all summer long but in reality were no different than today) and then walking home covered in rapidly drying grey coloured mud which would be brushed off by the time we reached home.

It was on Frodsham Marshes that I first caught sight of 'The Marsh Warden' a figure that we were wary of. In reality I later discovered was the first proper Frodsham birder Mr R.H. Allen. He pioneered Shelduck counts and was a frequent contributor to British Birds magazine and was the field officer of North Cheshire RSPB in his later years.

Of all my wanderings on Frodsham Marsh one particular event is etched in my memory and is still fresh in my mind as it was all those carefree years ago. I was sat on the banks of the river close to Redwall reed bed  when my attention was drawn to a movement at the edge of where the river bank met a rushy bay. I hadn't seen a Stoat before and was amazed to see one right in front of me and how tame it was! This small mammal was weaving in and out of the rushes edging closer and closer to a pair of Teal on the waters edge. The Stoat reappeared on the open mud bank and then proceeded to writhe its body in weird twists and turns and then it suddenly leaped high into the air before chasing its tail and continuing the twists and turns.  These odd actions continued for some time and with each passing minute more and more birds appeared to be attracted to the Stoats bizarre dance. The tally of watchers at the waters edge included a couple of Coot, a Lapwing, a Little Grebe, Meadow Pipit, Sedge Warbler and then something I haven't seen before, a Common Sandpiper...No! I thought, thinking back to Raymond Chings illustration and the only bird (monochrome) book we had at home the Observers Book of Birds , it was a Green Sandpiper! I'd almost forgotten about the Stoat, then it made a lunge towards the assembled birds. The pair of Teal were the first to rise and flapped away, followed closely by the Lapwing, Mpipit, warbler, the grebe plopped into the water and the tripping sandpiper which flew away wing flicking and calling angrily as it went. By the time I returned my gaze on where the Stoat was it had disappeared, forever.

All of these experiences have left a lasting impression on me and my passion for all wild things of Frodsham Marsh were flamed from those teenage years and I've kept that wide eyed wonder with me ever since.

A few years later I met another teenager on the marsh and we shared quite a few adventures together. Fast forward to three years ago and again I met a new young birder. One of them was called Martin Garner and the other was named Findlay Wilde. 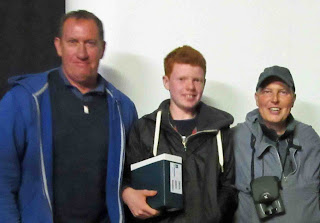