Below is an A to Z summary from 2017 describing the highs and lows of what I feel has been an incredibly eventful year.

A
Alpine Swift roost in Miranda do Douro, Portugal.
I can remember it so clearly.  We were sitting on a wall over looking the deep valley carved by the River Douro as the sun was setting. Several varieties of eagle and vulture had been flying over, so I didn't notice how the swifts were gathering straight away. As I looked down into the valley it became clear just how many there were, and the numbers kept building. They arrived from all angles, a mix of Common and Alpine Swift. The sound was incredible as they gradually circled lower into the valley before finally roosting in the tiny cracks on the cliffs. 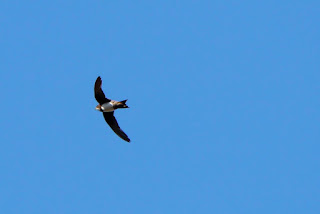 B
Bonelli's Eagle
Whilst on a river cruise along a stretch of the River Douro we had seen loads of great birds including Bee Eaters, Blue Rock Thrush and a few vultures and eagles, but there was still an eagle I really wanted to see.  I had almost given up hope of seeing one on this trip, but as I looked up, there it sat on the top of the cliff side. An absolutely amazing birding moment. 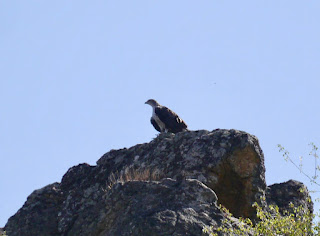 C
Cheshire Badger Cull
The badger cull reached Cheshire this year.  There is still no evidence that culling works and yet the killing continues.

D
Douro region, Portugal
Since visiting Portugal for the last 3 years, I had always wanted to make it to the Douro region.  Our journey there was amazing driving across the mountains in the North of Portugal for hours through stunning scenery. It was 3 days of incredible birding;  Vultures, eagles,  Alpine Swifts, Bee-eaters and more.

E
Education
Revision has been a big priority for me this year as I am in the final year of my GCSEs.

G
Glaucous Gull
Glaucous Gull in early January was the first record of a 'white-winger' for my local patch, Winsford Flash. It was one of those chance encounters. It had rained hard in the morning which may have grounded it for a while. It stood out from the other gulls immediately and was a very welcome visitor to the flash.

H
Hen Harriers
What else could there have been for H! I had a great day watching a distant Hen Harrier quartering the marshes of Parkgate with Mark & Rosemary Avery and Ruth Tingay. The Marsh Harriers came a lot closer though and it was fantastic to watch them all with good friends. 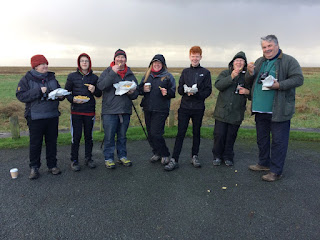 I
Inglorious 12th thunderclap
Between June and August this year 3565 people signed up to the #Inglorious12th Thunderclap.  When the thunderclap went out on the 12th August, it had a social reach of over 11 million.   #Inglorious12th trended on social media for much of the morning and therefore reached people who may not be aware of wildlife crimes committed in the uplands.

J
John the Hen Harrier (2016-2017)
Finn the Hen Harrier's brother John sadly did not survive the year.  He disappeared on a grouse moor in the Yorkshire Dales National Park in early October.  You can read more about John's disappearance here.

K
Killing and on going persecution of native species.
The badger cull reached Cheshire. The Cheshire Hunt rode out on Boxing Day and this ended up in a police investigation over potential illegal activity.  People often look at the declines in species on a global scale, but it is important to look closer to home too. Every species matters. In a 2016
WWF report Mike Barrett, Director of Science and Policy at WWF-UK said “For the first time since the demise of the dinosaurs 65 million years ago, we face a global mass extinction of wildlife".

L
Little Ringed Plover
Little Ringed Plover breed for the first time at Winsford Flash. Sadly they chose one of the lower mud/sand banks to nest on. Shortly after the eggs were laid we had a period of extremely heavy rain which sadly flooded the nest. I am hoping they try again in 2018.

M
Making a difference
People like Mark Avery have continued to be a great voices against raptor persecution and many other environmental issues. They are not afraid to put their heads above the parapet. In 2017 it has also been great to see more and more younger people having the confidence to speak out.

N
Number 10 - a chance for change.
In November I had the opportunity to visit No.10 to talk about environmental policy. You can read all about it here (or the version that the Telegraph published today here). 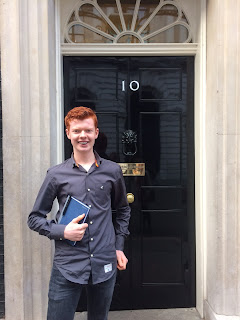 O
One hundred and thirty three species of bird recorded at Winsford Flash this year.
My highest patch total after 3 years of surveying the site.  There has been a great variety of birds and the water ways of Cheshire ensure a good passage of birds on migration.

P
Pallid Harrier
The adult male Pallid Harrier from Dunsop Bridge was one of my many birding highlights from 2017.

Q
Quiz question quote
Who said this in 2017?
"We are at a unique stage in our history. Never before have we had such an awareness of what we are doing to our planet. And never before, have we had the power to do something about it."

R
Ringing in Portugal
I had 3 weeks in Portugal this year and much of that time was spent ringing. Some brilliant opportunities to learn about new species.

S
Sheffield Hen Harrier Day
Hen Harrier days never lose their importance. It is great to meet up with a group of people (from all different walks of life) all working together to make a positive change.  The Hen Harrier days are a vital part of the awareness raising. If you haven't yet been to one, please put it on your New Year resolution list for 2018. 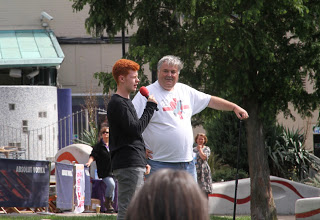 T
Three successful pairs of Hen Harrier breeding in England this year.
Think about that for a minute, just 3 pairs. The habitat in the English uplands could potentially support as many as 300 breeding pairs, but on-going persecution has left us with just 3 breeding pairs. A bird that is at real risk of going extinct as a breeding bird in England in our lifetime.

U
Use of video evidence
Remember the video showing the Hen Harrier being shot and then the prosecutors ruling out using video evidence in the case. Here is a link to the video which made the BBC News.

V
Vultures
Vultures; consisting of Egyptian and Griffon were incredible to watch in Portugal.  To see the Egyptian Vultures we parked up my a field of pigs, as the vultures regularly visit the field to feed on the placentas after the sows have giving birth. Vultures are a vital species for cleaning up and stopping the spread of disease. 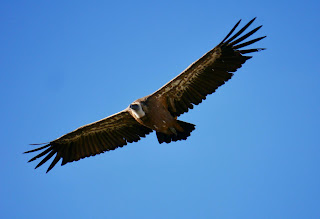 W
Waxwings
Waxwings invaded the country during the start of 2017 and it was great to have a flock of 50 within 30 feet of my front garden for 3 days. 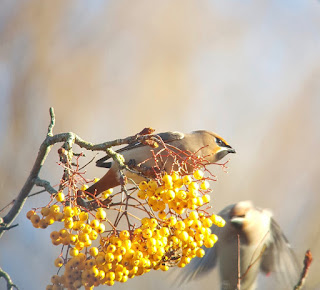 X
X-rays are clear evidence that raptors are being illegally shot.
There are injured and dead birds of prey that are found by members of the public and taken to vets.  It becomes clear that many of these raptors are survivors/victims of shooting attempts as the x-rays reveal the lead shot in their bodies.  You can read about some of these cases here, here and here.

Y
Yellow-browed Warbler at Winsford Flash.
Yet another great birding moment on my local patch this year.  It just goes to show the rewards you can get by monitoring an area close to home.

Linking to Wild Bird Wednesday
Posted by Findlay Wilde at 16:57