BTO - An Agenda For Change

A few months ago I received an invitation that instantly grabbed by attention.  I had been invited to attend a Parliamentary reception being held on behalf of the British Trust for Ornithology, hosted by Baroness Young of Old Scone at the House of Lords.  So last Tuesday I headed down to London for the evening. 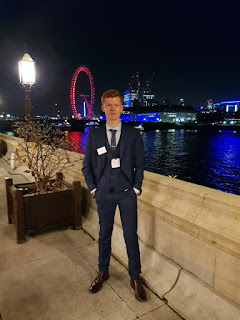 The BTO have been reviewing what they need to do to step outside the narrow audience they have and reach out to a wider group of people. This has of course all be done in line with changes that may come about from Brexit and of course how they can be more involved in the UK Government's 25 Year Environment Plan.

I never really considered just how narrow the BTO's audience is. I have been involved with the organisation since I was about 10, and therefore have a good overview of the important scientific research they do through a wide network of volunteers; but if I mention the BTO to people I know, I usually have to go on to explain what they do and how they do it.

The reception was being held to launch the BTO's "Agenda for Change" and included inspiring, rallying speeches from, amongst others,  Andy Clements, Caroline Lucas and Baroness Young of Old Scone. 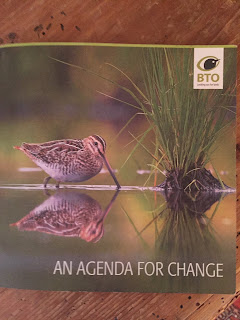 The speeches were all important in setting out the need for the BTO to be bolder in it's approach and maybe more heroic, as the advice and guidance the BTO can give is supported by clear scientific evidence. Caroline Lucas in particular spoke of the need for the BTO to be more involved with political leaders and to keep up the pressure to ensure that they are listened to.  Andy Clements then went on to introduced their Agenda for Change what they plan to do. 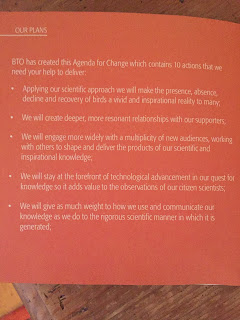 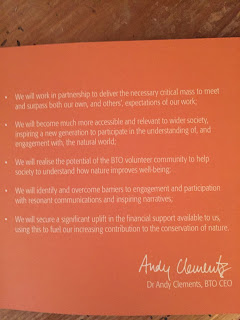 Even in my lifetime, I have seen the impact of climate change through the scientific study of birds, for example, changes in nesting seasons, changes in wintering species etc.  Birds are one of the first indicators of changes in the environment, so the all the valuable scientific data the BTO holds, and continues to gather, needs to be used with greater force to effect change in environmental policies.

One of the bullet points that caught my eye was this one:

"We will become more accessible and relevant to wider society, inspiring a new generation to participate in the understanding of, and engagement with, the natural world"

I have seen the effort made by the BTO to engage with my generation and it was fantastic to see so many young people at the reception. 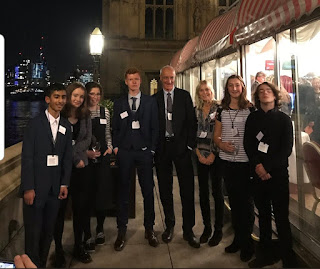 I have had so many great opportunities by being a volunteer for the BTO, but it is a harder organisation to sell to my generation as it is not as tangible as the RSPB with all their reserves and actual places to visit.  I know I have said it many times, but school is the place where the impacts of climate change, plastic pollution, habitat destruction etc needs to be taught, and an organisation like the BTO with science based facts should be linking up with schools and the education minister to see how their research and results can be built into all core curriculum subjects.

It was an interesting evening and a great opportunity to catch up with the BTO team and many other engaging and influential people. I really look forward to being part of a bolder BTO organisation and seeing how they can use the important scientific data gathered by volunteers across the country for an even greater good.