Cornwall, a place of stunning natural beauty, the beaches, scenery, everything about the county is wonderful, especially the wildlife.

Now every year we have a family holiday, it's all about going to the beaches, body boarding, crabbing, swimming and being relaxed and away from school work, however I just couldn't keep away from the moors  near where we were staying and all that wonderful wildlife.

We were staying in a little village called Portreath, just off the A30. We had a stunning view of the sea front, and all the wildlife passing across; seeing Arctic Terns, Common Terns (and a possible Sandwich Tern), Kittiwakes, Fulmars, and lots of Gannets with their young, and all this was in the first hour of arriving and from the decking area where we were staying!

The view of the harbour from my bedroom window: 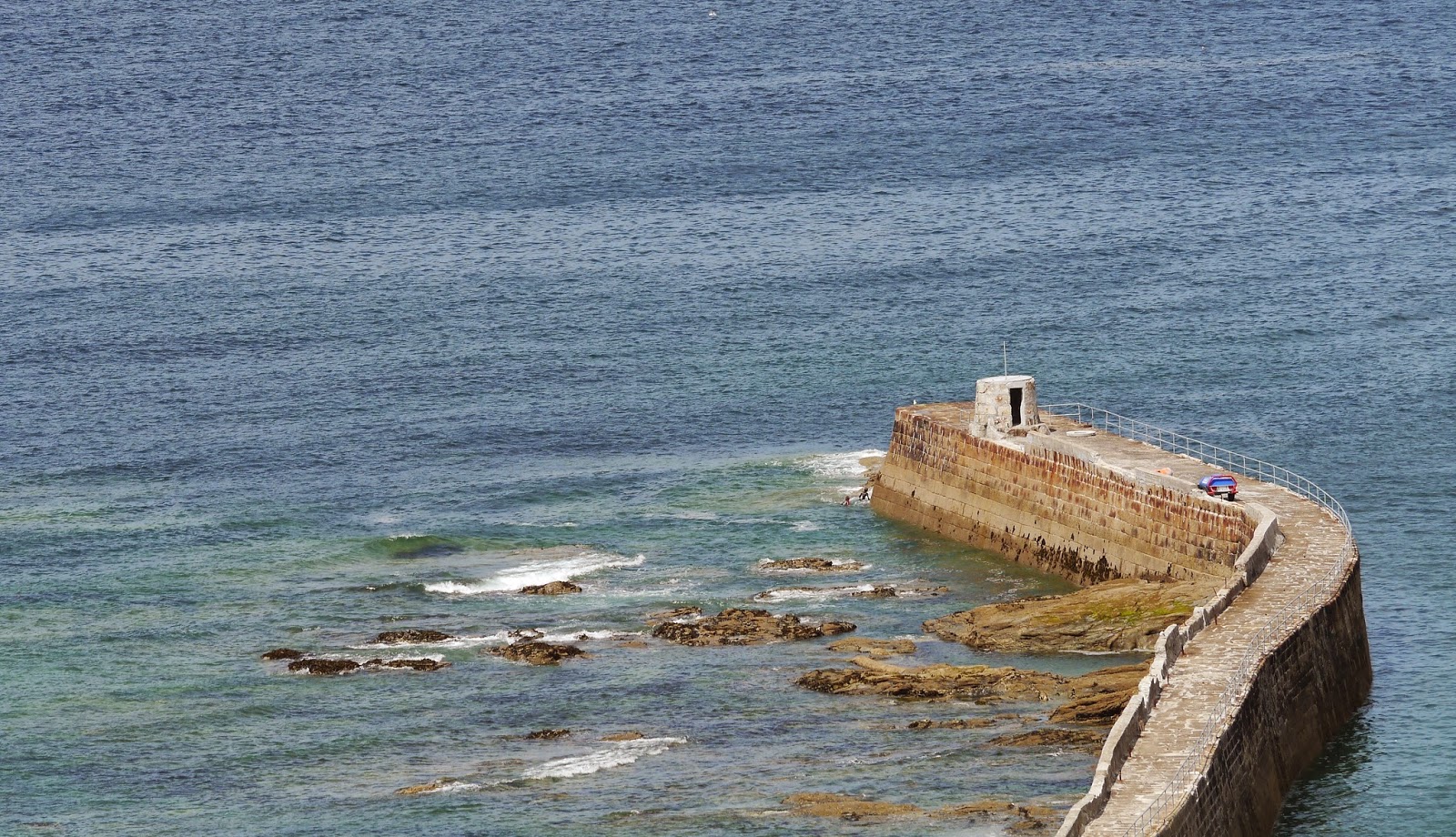 Over the moors we saw lots of birds of prey including this Buzzard with the rest of it's family. However a few seconds after scanning the cliff face, a female Merlin came from no where and zipped through the sky straight across us which was brilliant. I just stood staring and never even thought to take a picture, but sometimes it is just about watching and enjoying the moment. 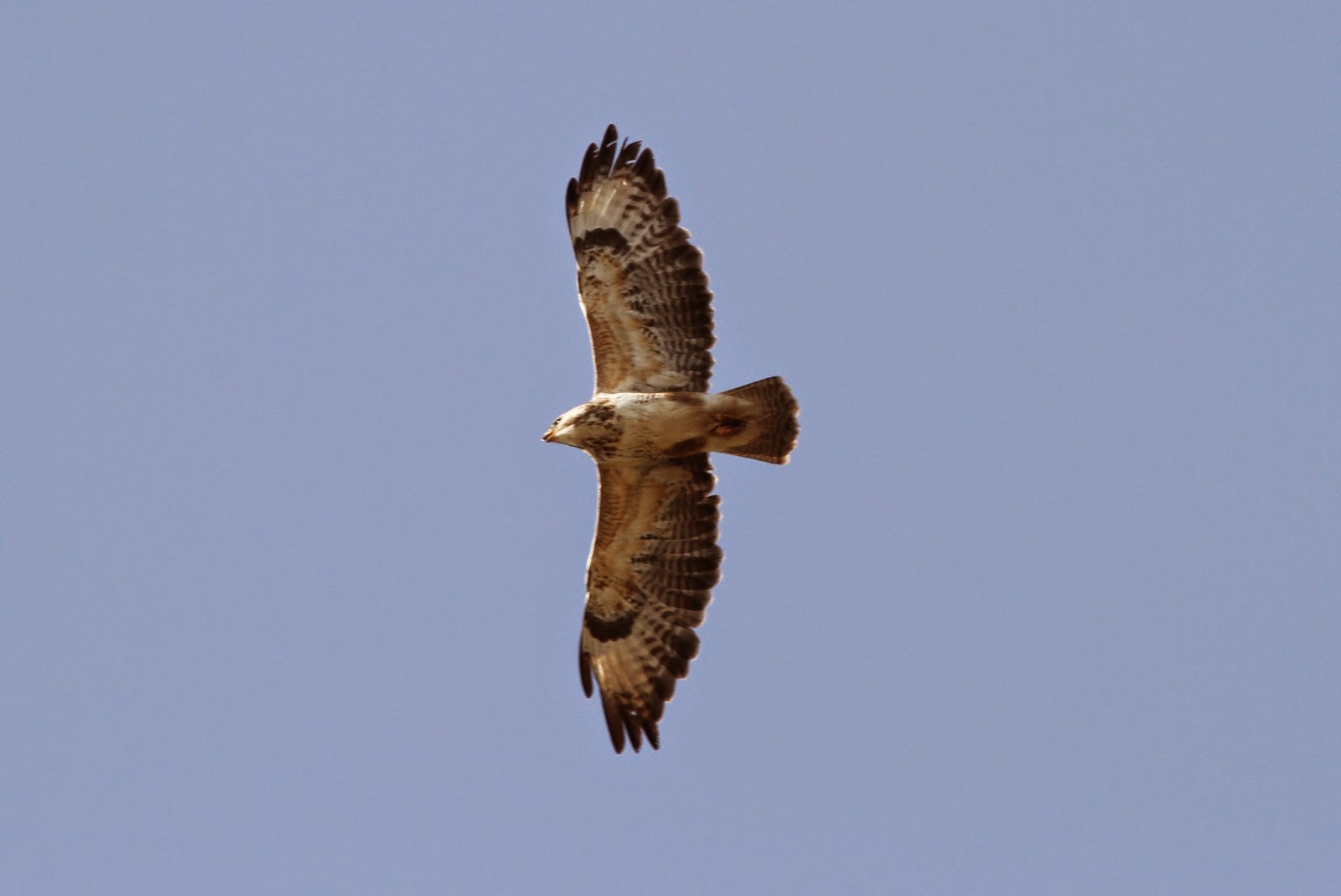 Now where we were on the moors there were plenty of butterflies; Dark Green Fritillaries, a solitary Silver Washed as well. Plenty of them, but suddenly out of the blue came this large bright yellow butterfly, almost instantly I new what it was, but I was still in shock after never seeing one before. It seemed to fill the whole sky it was so bright.  This butterfly was the Clouded Yellow, an Immigrant to the UK, first originating from North Africa and Southern Europe. 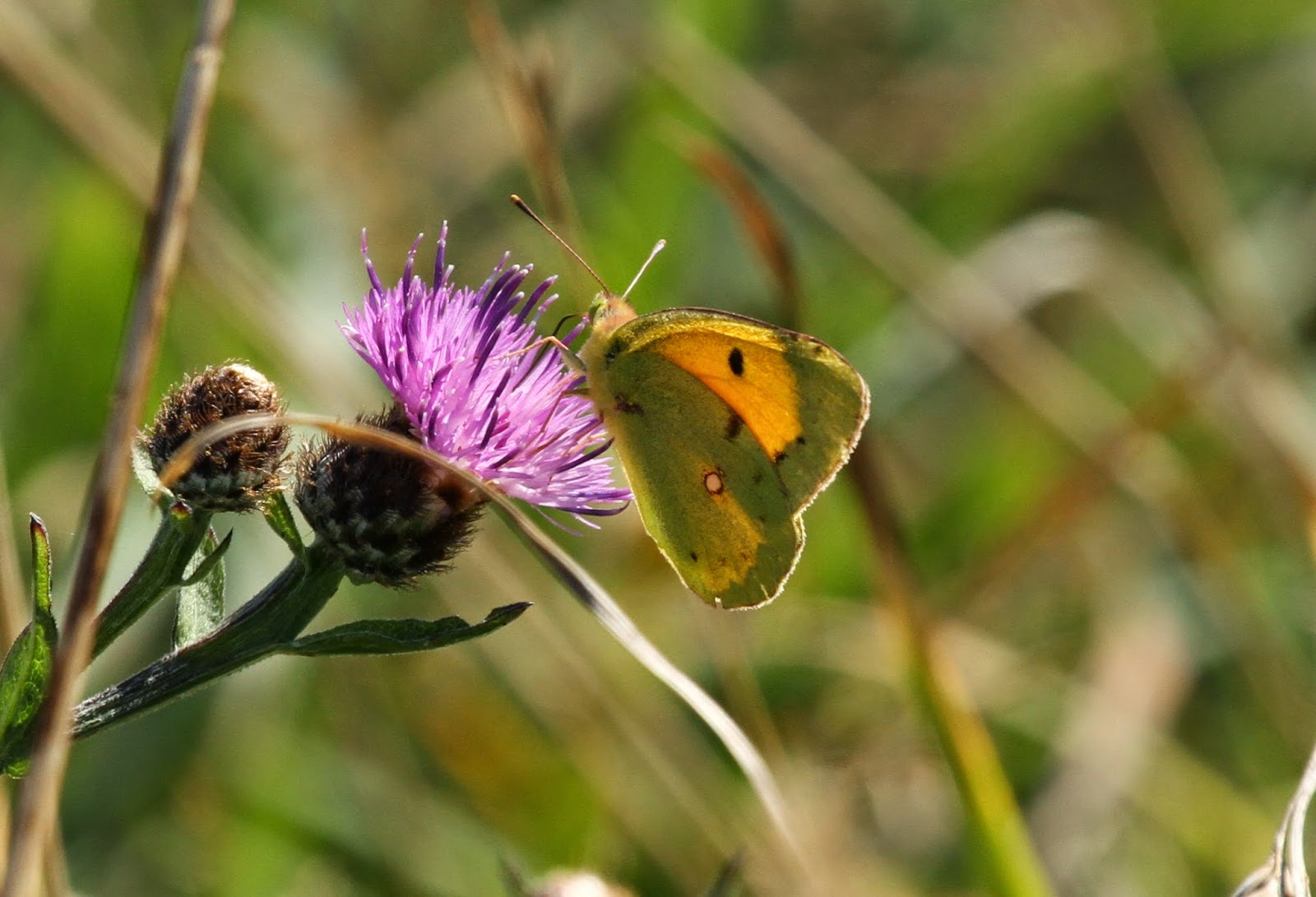 On the way to one of the birding sites I wanted to visit, we stopped off at a place called Hell's Mouth.  This place was brilliant, especially for seeing a family of Fulmars, circulating the sea and landing on the cliff face about 10 meters away from us. There were even some still fluffy chicks to enjoy. 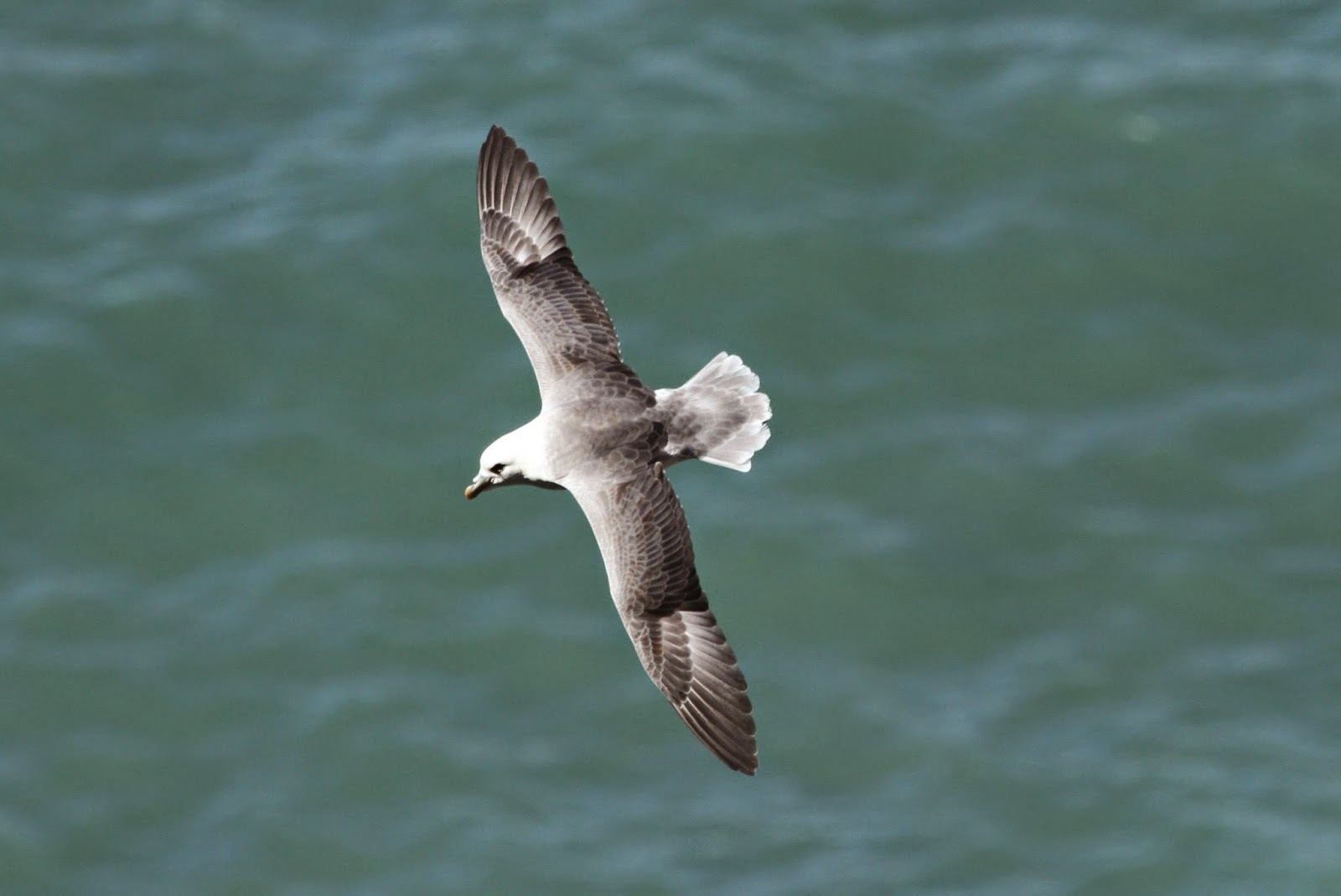 Also at Hell's Mouth we saw a young Kestrel experimenting on the cliffs flying from perch to perch and some unusual behavior of it gripping onto the grass then spiraling down, then twisting back up again, a wonderful sight. 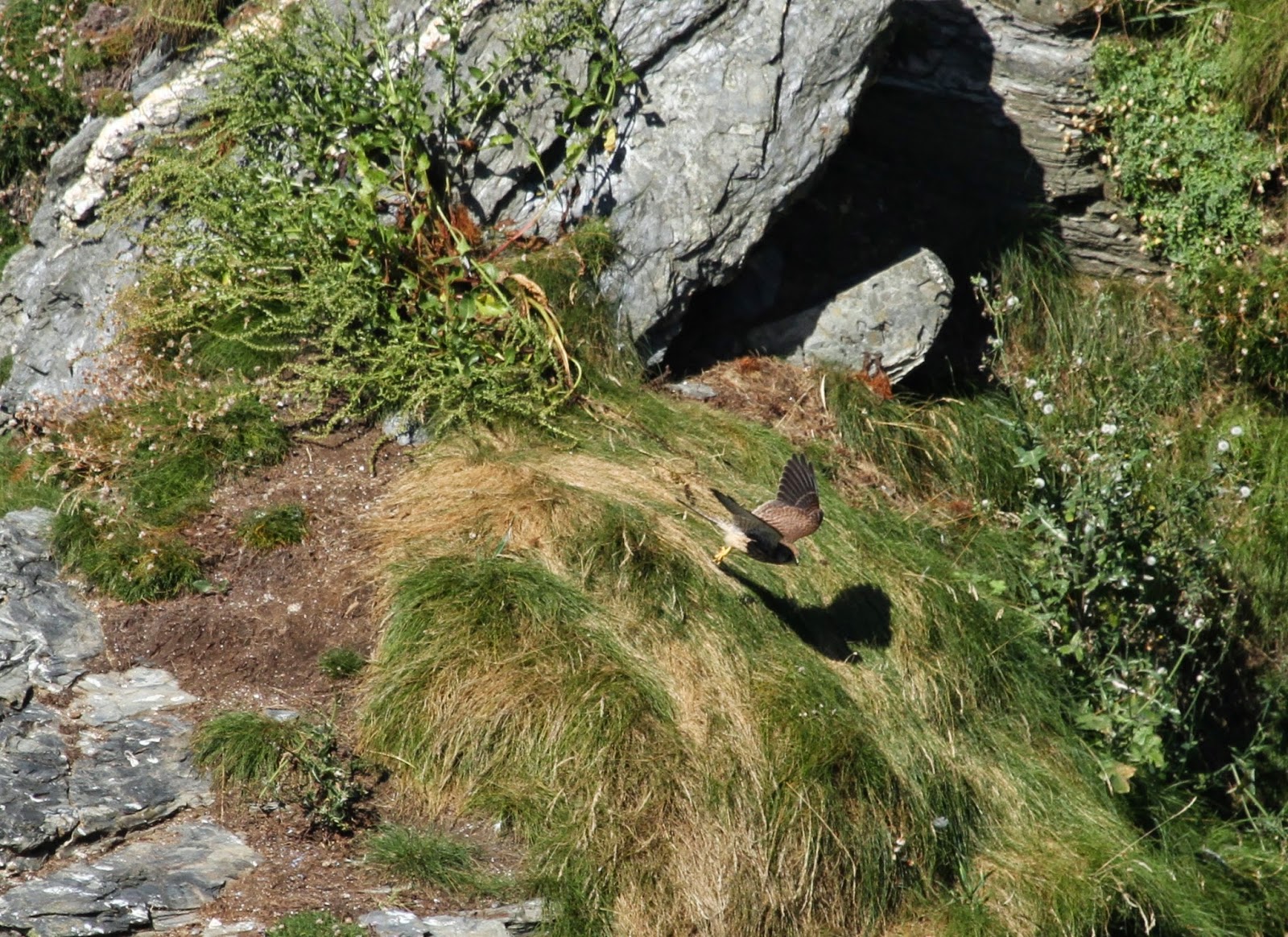 There were plenty of moths around as well, including this type of Eggar, not sure which sort though (please could someone help identify it). These kept hurtling around in the daytime, knocking into us even though I tried to dodge them. They were fascinating up close, but quite a few had been pecked by creature further up the food chain. 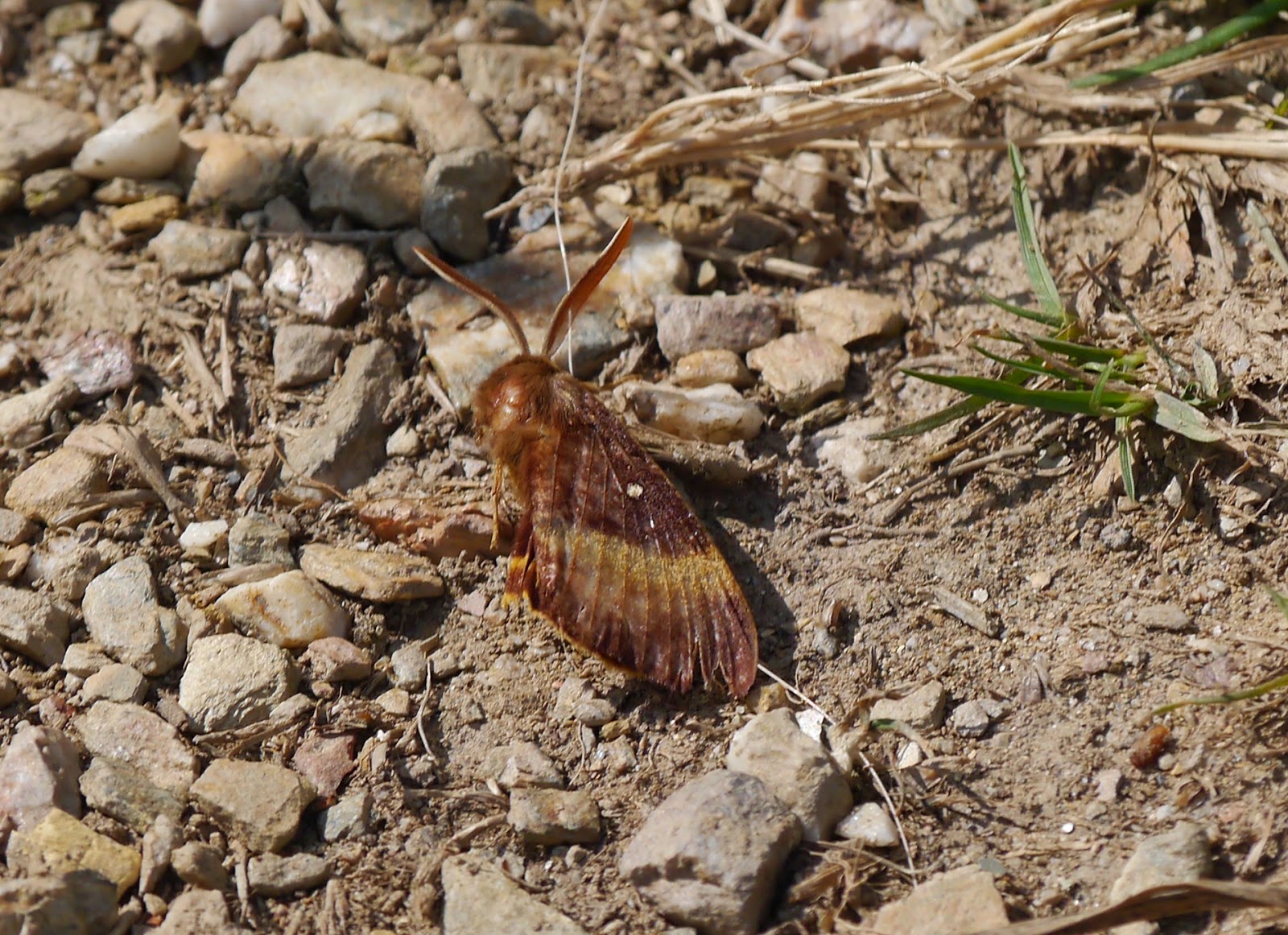 Also in the gorse alongside the cliff face, was a family of what look like Rock Pipits, all learning and adventuring together. It was the first time I had seen them in Cornwall. 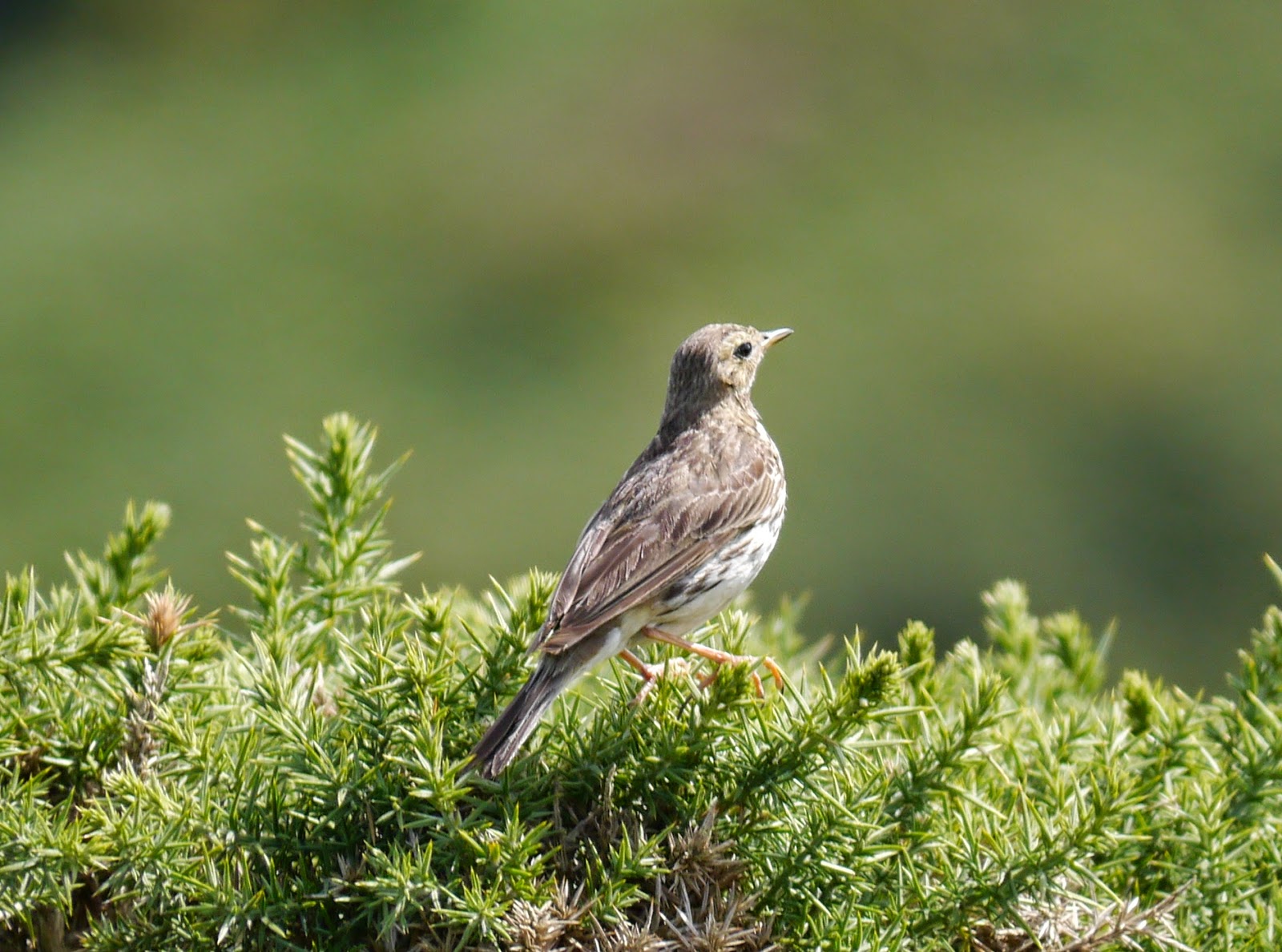 And of course the wonderful Stonechats (which I know Pete Woodruff will like), the moorland specialists, a whole family of six followed us around the area of the moor, letting us get really close (adult Male below). 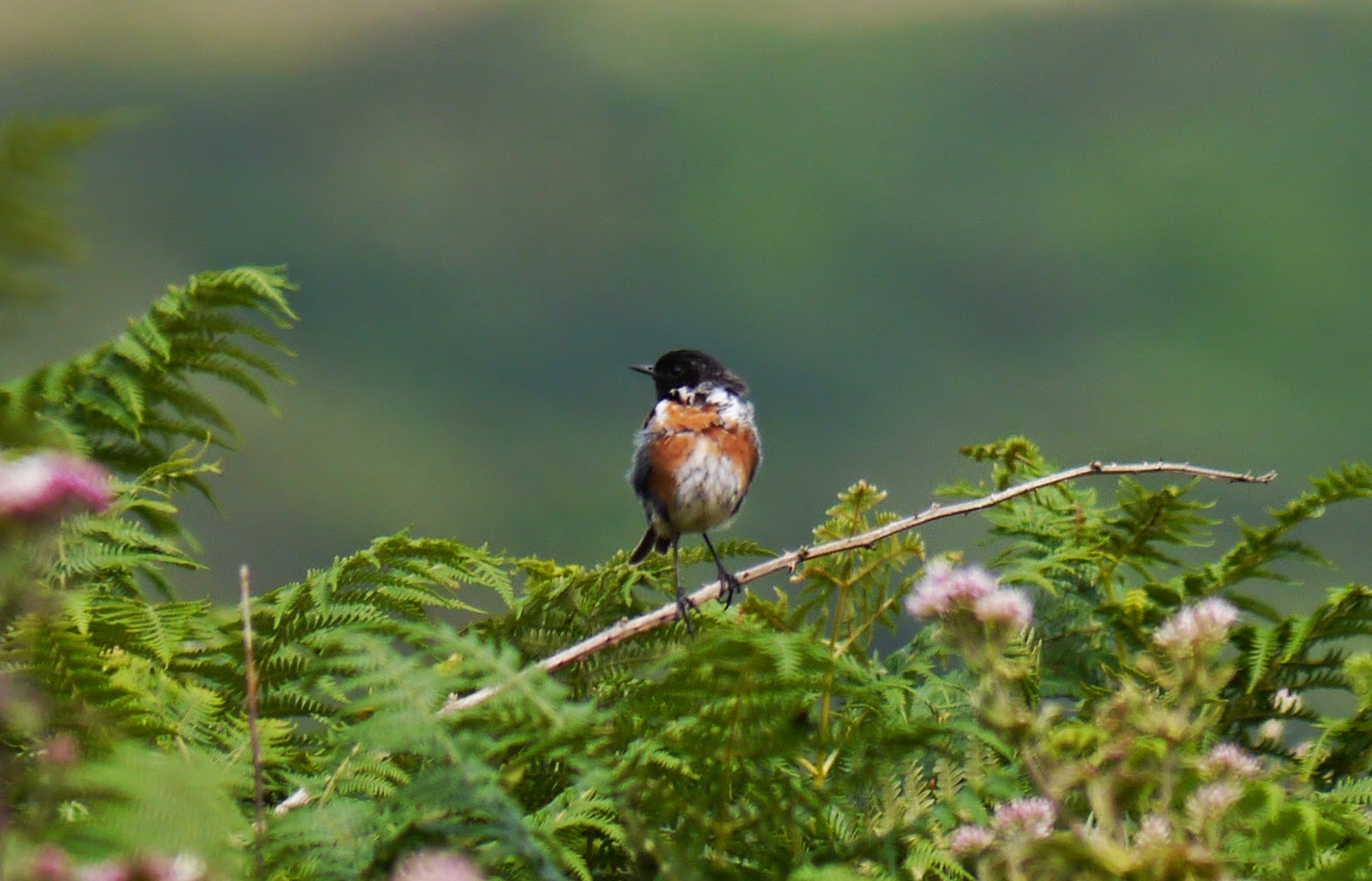 Here's one of the young one's which allowed me to get really close. 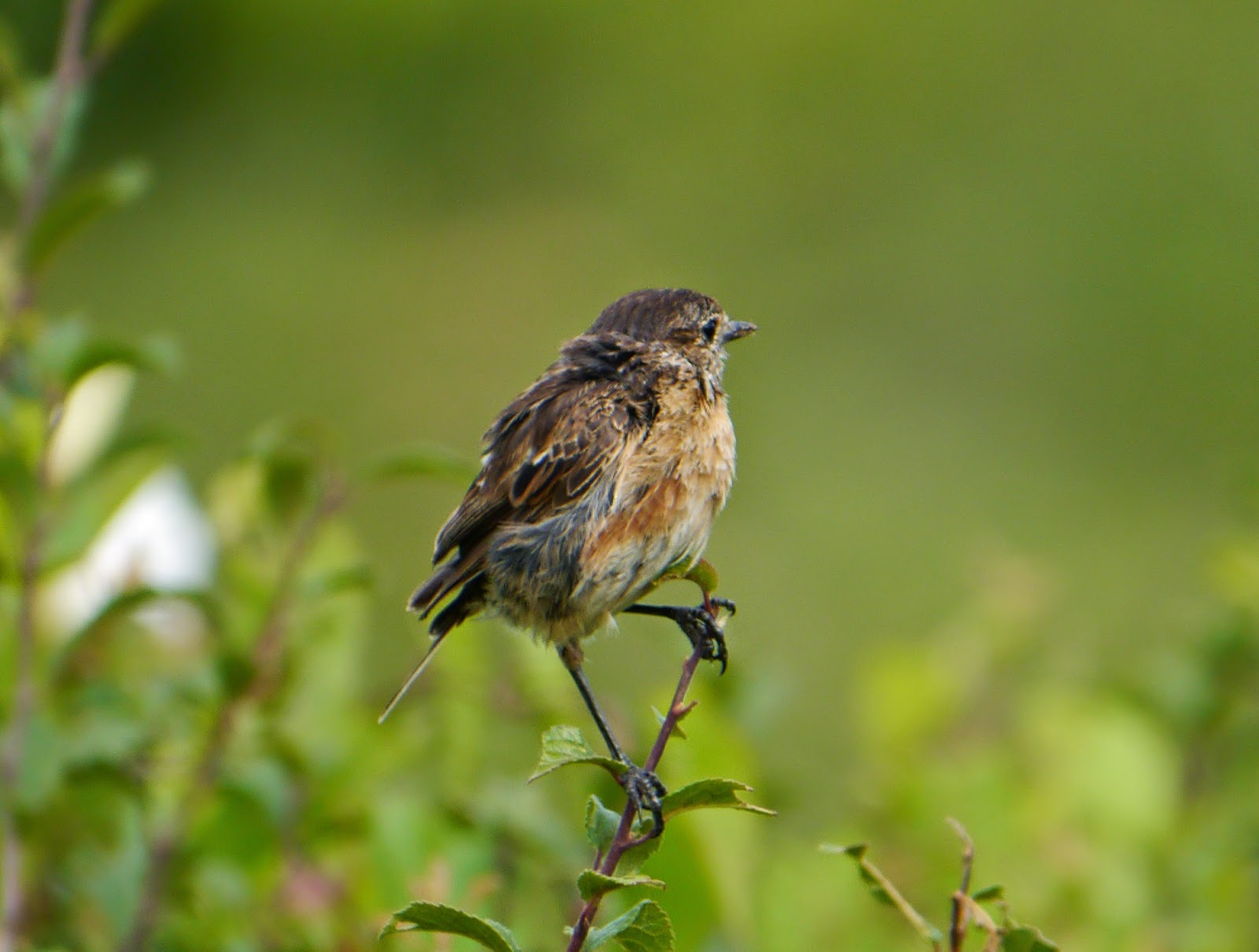 This specific place was also really good for mice and rodents, and saw this dead shrew on the way back from my moorland walk. 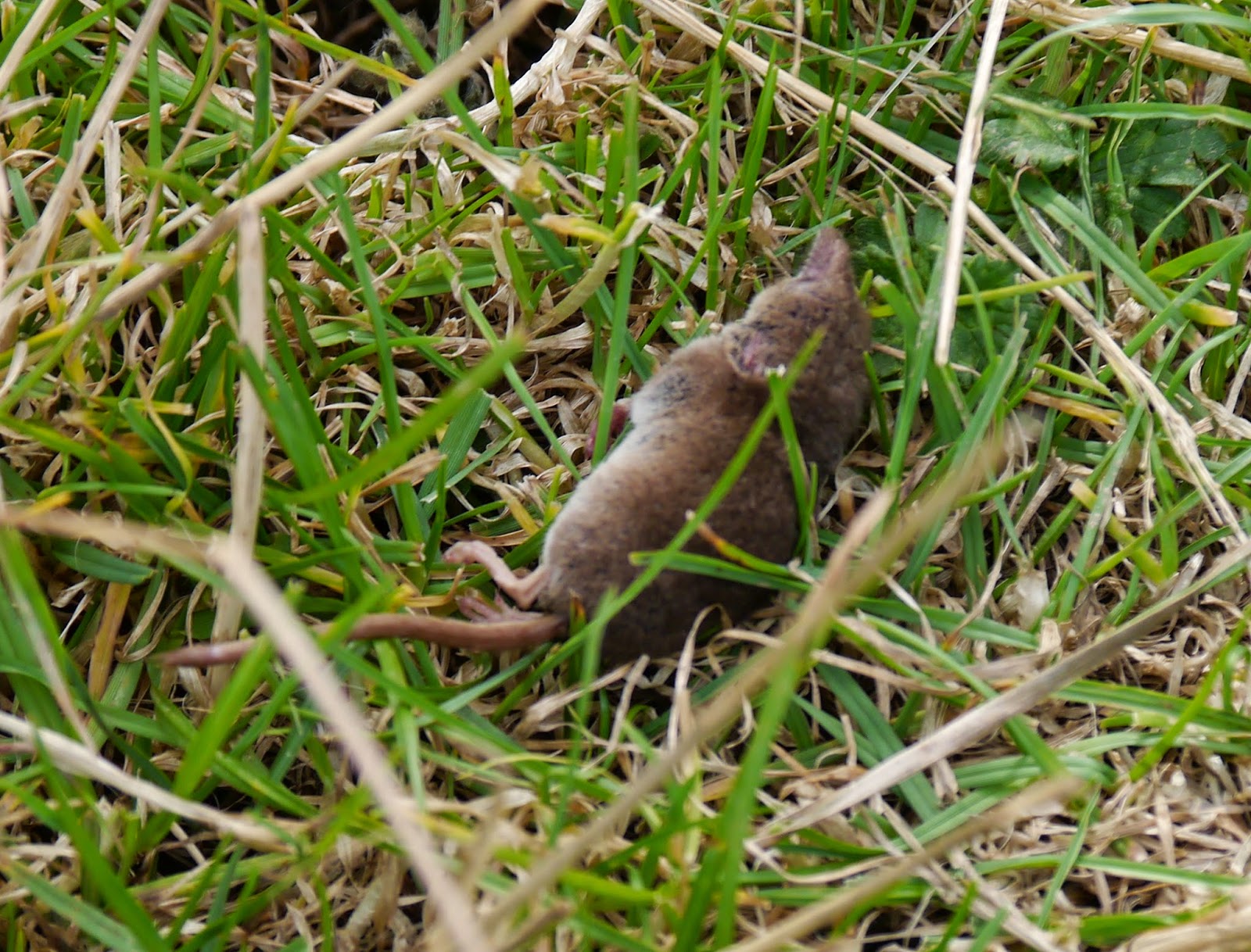 On our final day of the holiday I visited the RSPB Hayle Estuary which a nice lady of twitter called Mary Jasper recommended.  This was an amazing place, seeing Med Gulls, Common Sandpipers, Little Egrets, about 80 Curlew and a solitary Whimbrel.

This place was also brilliant for dragonflies, however I was a bit disappointed only saw one (which was a Broad Bodied Chaser) zipping up and down across a shallow pool.  We spent our last day in Cornwall up on the cliffs with an amazing abundance of wildlife. 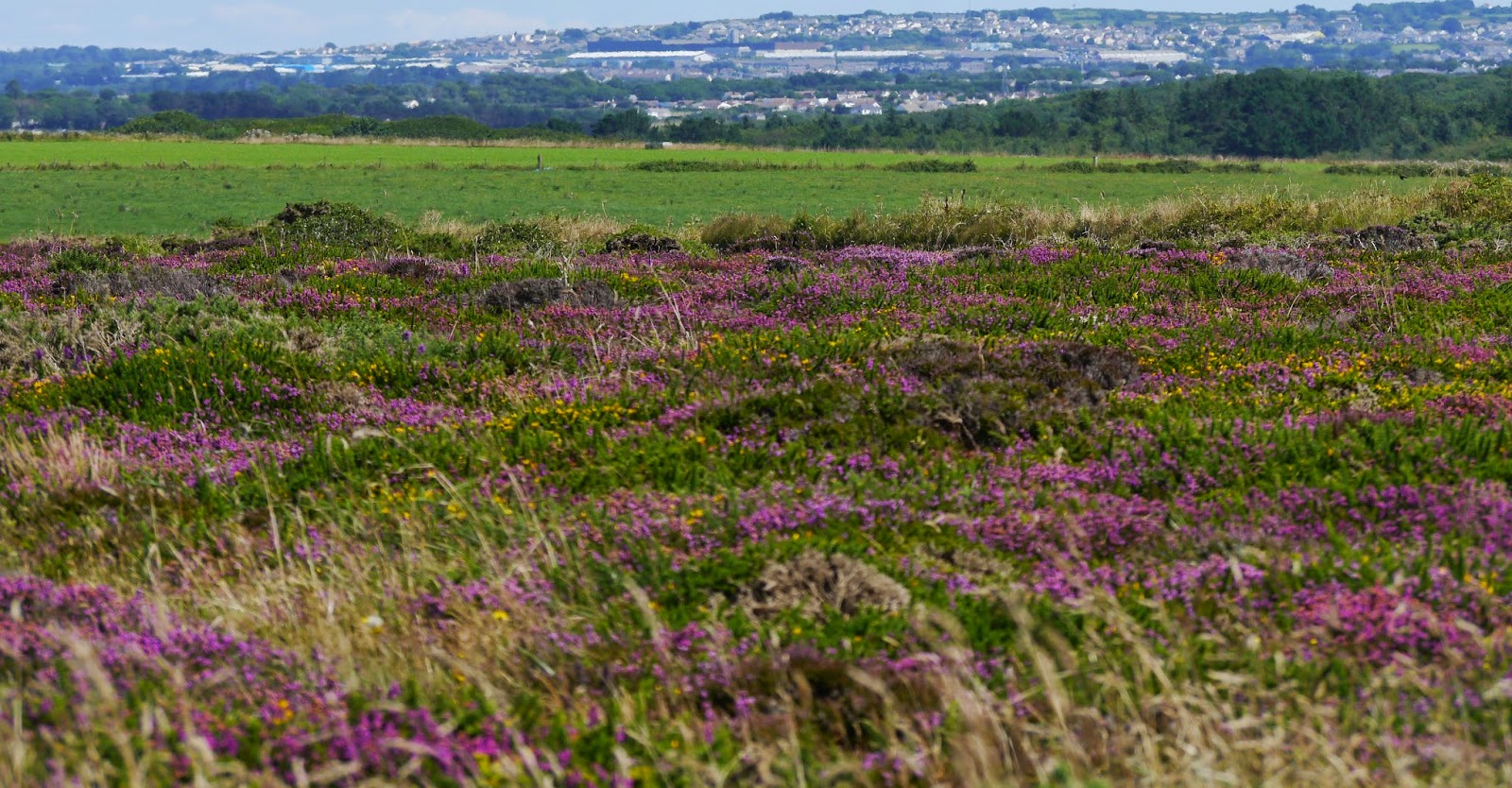 And as the sun set on our last night, I started to think about Hen Harrier Day coming up this Sunday (10th August) and how important it is that things change for the better. 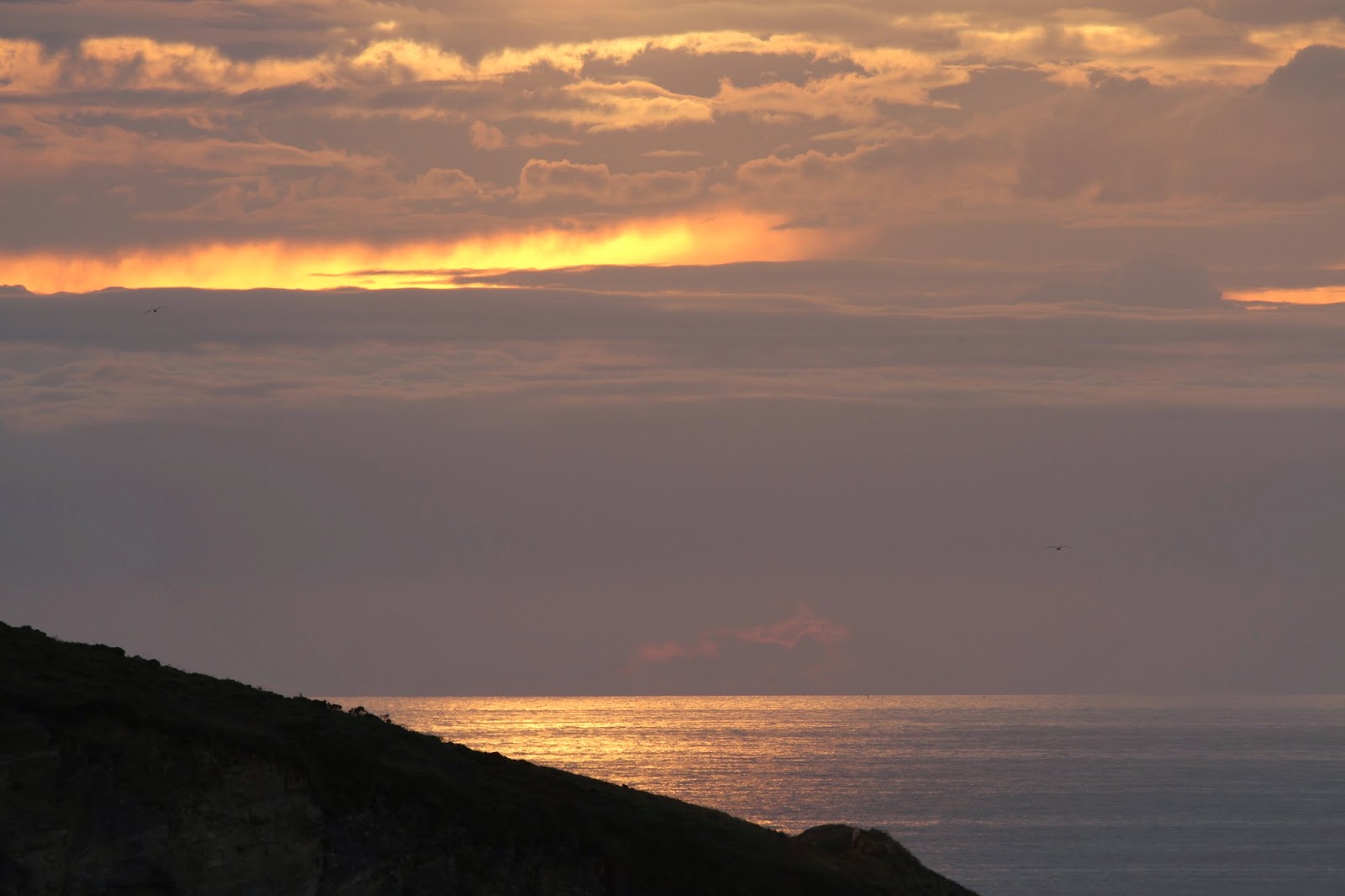