Yesterday the weather was not suitable for ringing again, so I was out birding.  I decided to go to a place that I've been to more recently this year, Sandbach Flashes. The ground is sinking in this area, so every year more pools start to appear and the main pools get bigger.

As usual we (me and my mum) parked in a lay-by by the main lake of Sandbach Flashes. After I had got all my gear together, I got a nice half fly half run-by of a squealing Water Rail, which vanished swiftly into a patch of reeds. After a brilliant first bird, I headed down to a one of the viewing areas, and as usual the water was filled with Wigeon, Teal, Tufted Duck, and Lapwing. 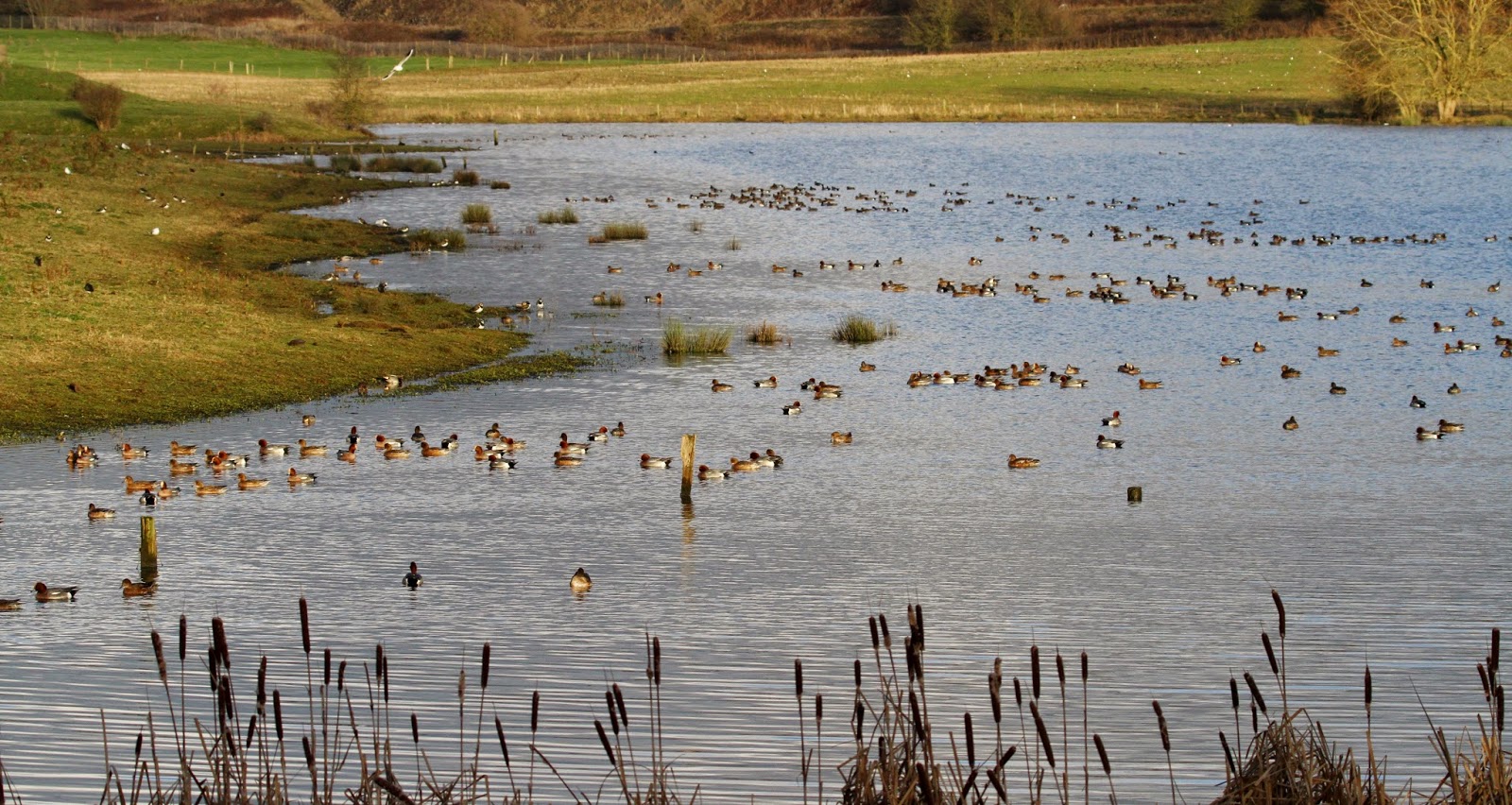 After a good scan of the  main lake we headed off to some of the flooded fields a couple of hundred yards further along the road. Further out across the water I located Lesser, Greater, Black Headed, Common and Herring Gulls, all in a huge group, creating a huge fuss when a nearby Buzzard approached. The edges of many of the pools were still frozen. 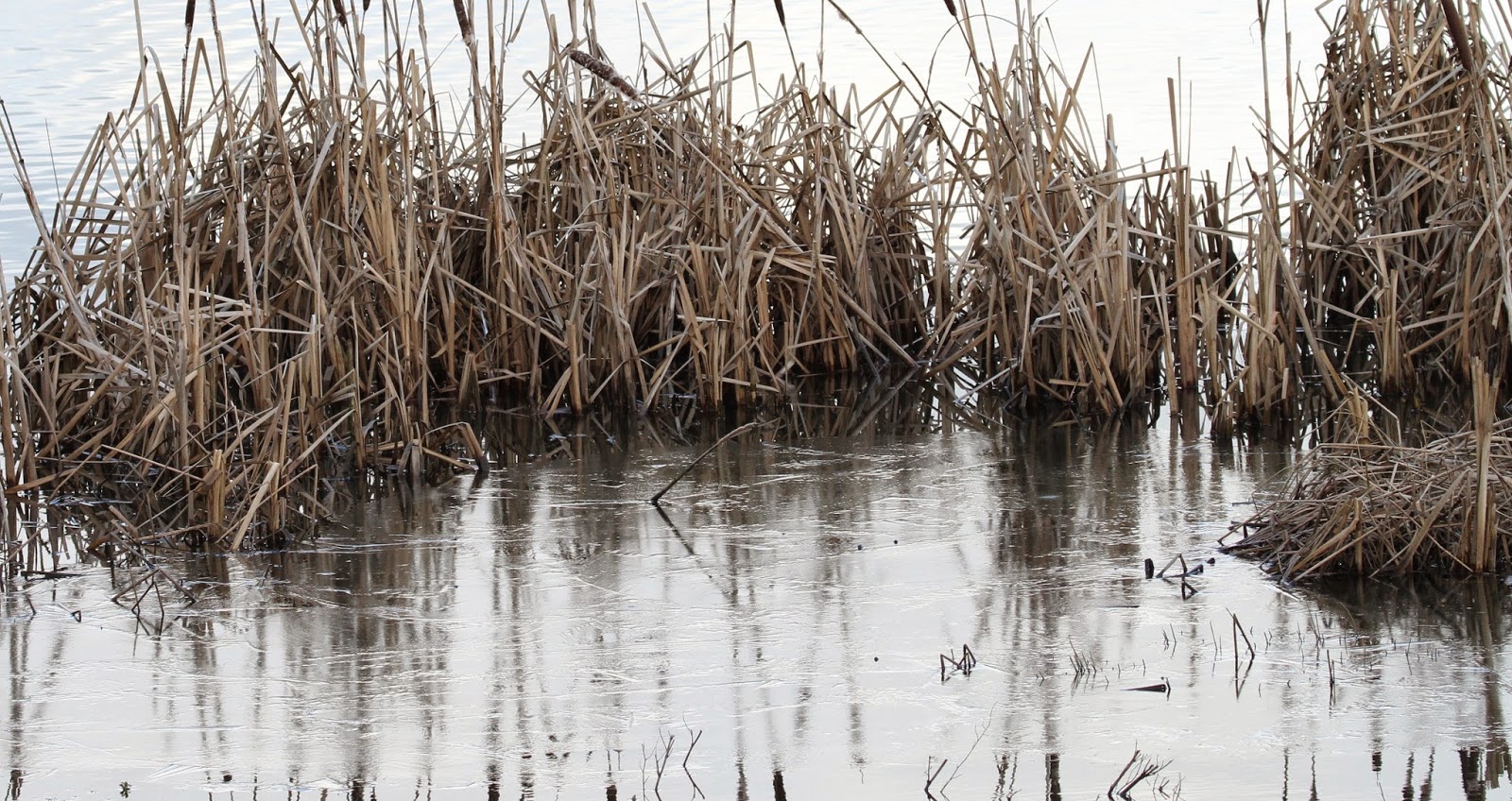 After realising we weren't going to see much else at the flooded fields we headed back to the main lake where I got some great views of Redwings, feeding along the floor by the road, and also got some decent views of a Mistle Thrush. 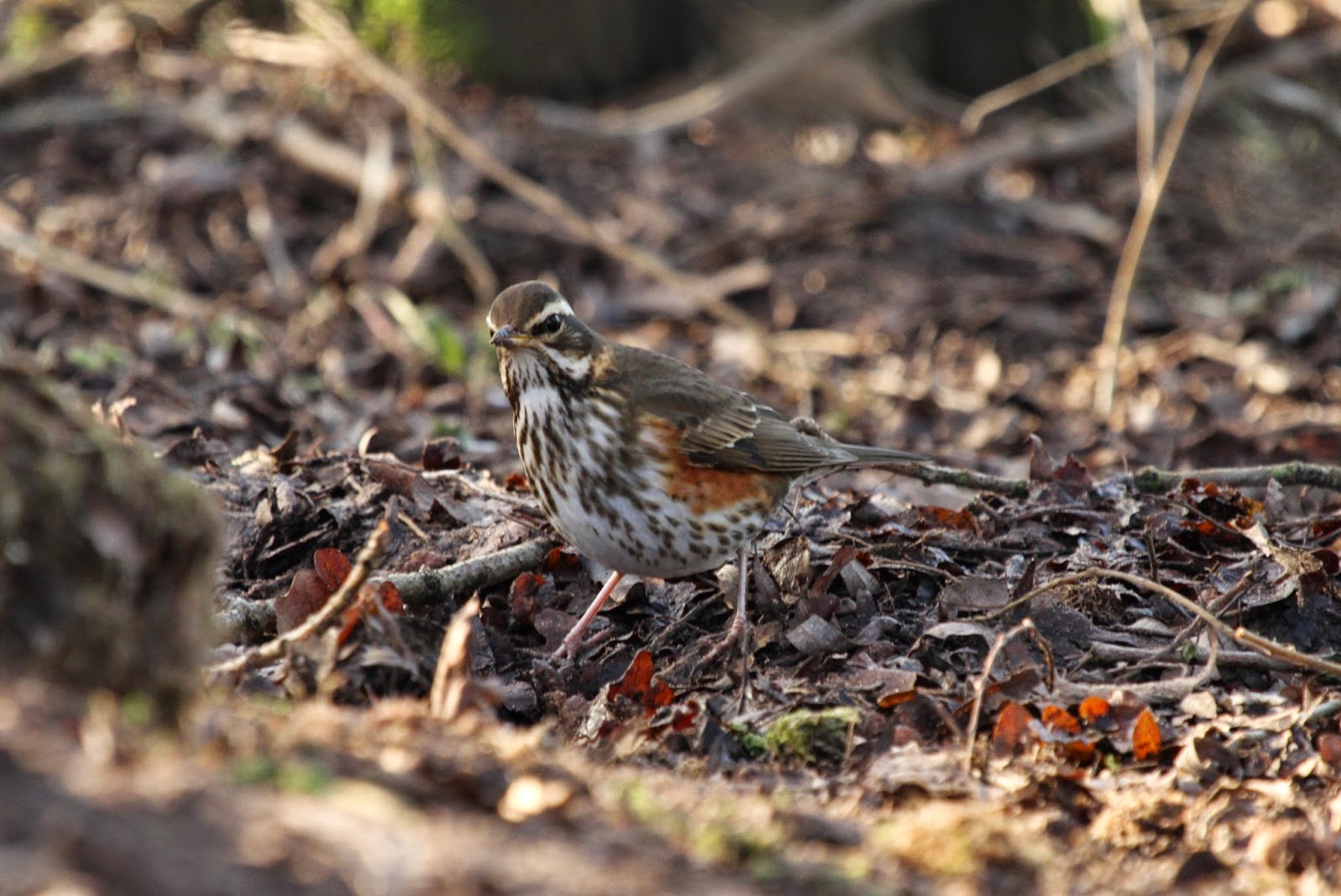 I came across even more Redwing feeding in the field with the Wigeon, but there was also a flock of stunning Field Fare which crept closer and closer. The sun then came out and lit them up brilliantly. 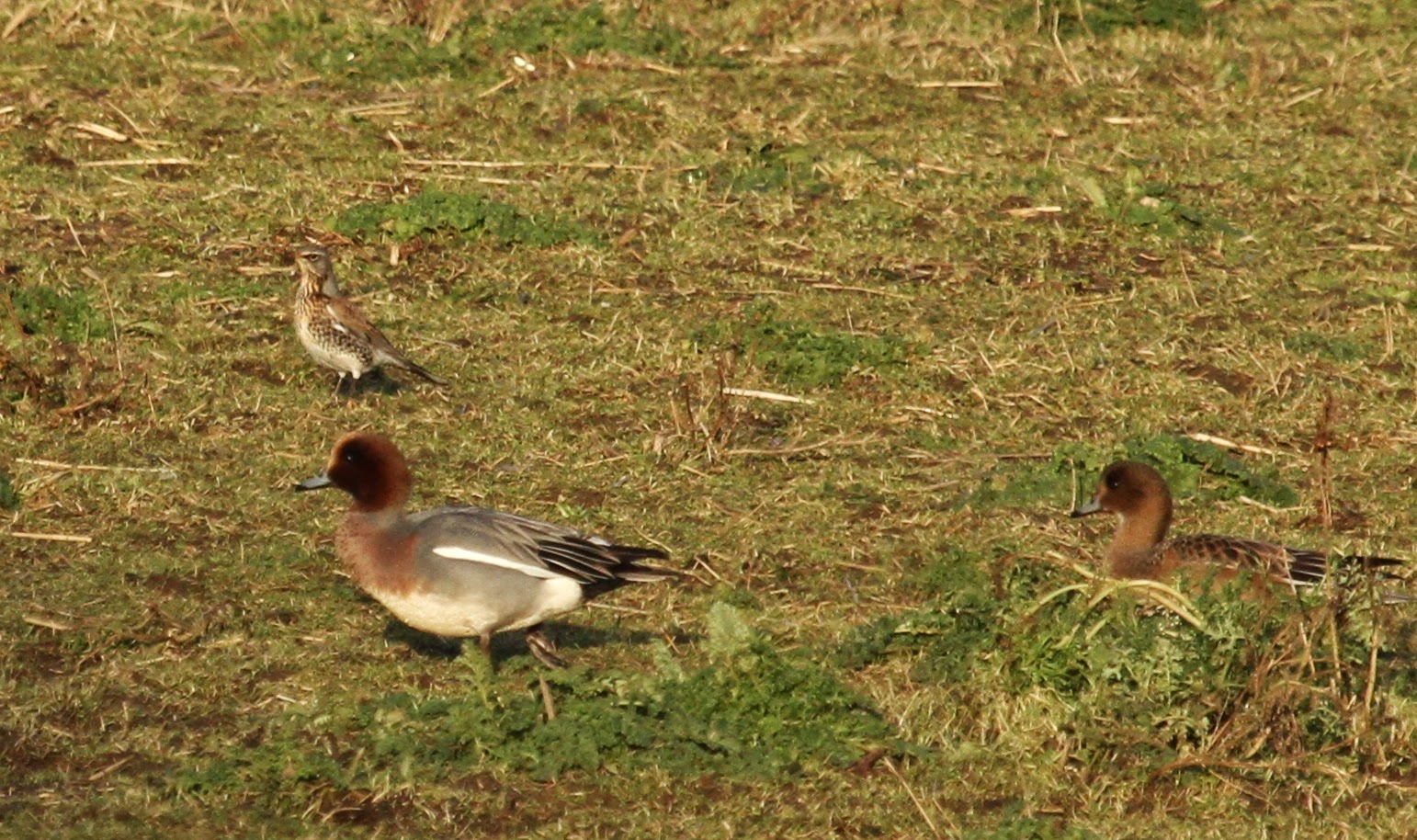 On the other side of the main lake you come across a flooded horse paddock which is usually where your more unusual waders can be found.   This time we saw a couple of Black Tailed Godwits, which was great to see. Also feeding with the Godwits were 4 Redshank and some gorgeous Ruff. There were a few Curlew mixed in. 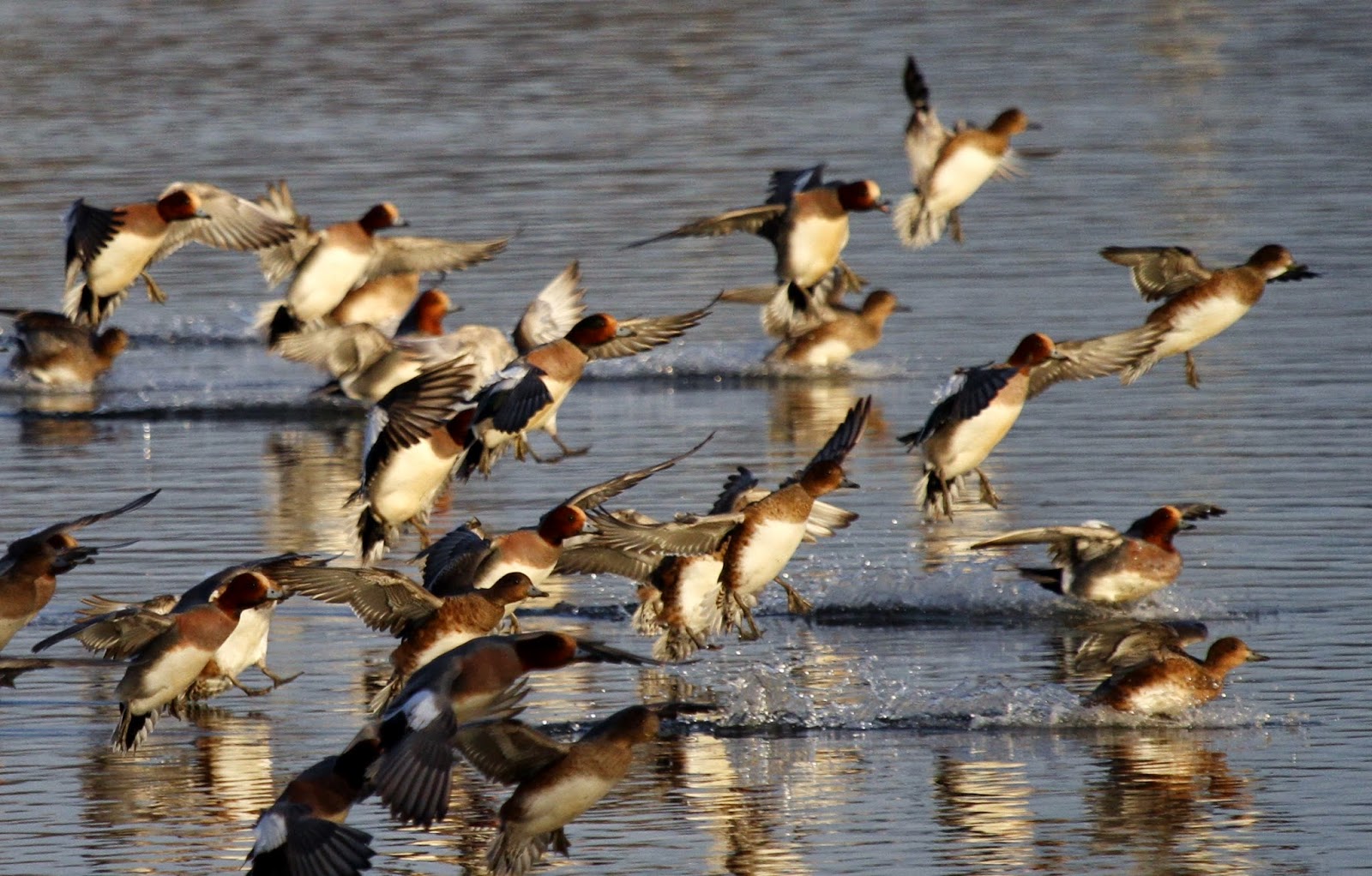 As the  sun was getting quite low, I decided to stick around the main lake to see what was going to come in for the roost.  Most of the wigeon were still feeding in the fields, but every now and then something would spook them and there would be a mad dash back to the safety of the water. And all the time Tree Sparrows were feeding within arms length of where I was standing.

After a good half an hour, I didn't see anything come into roost so I decided to head of to where the Water Rail was showing the best, after a few minutes the bird crept from within the reeds and got some cracking views. 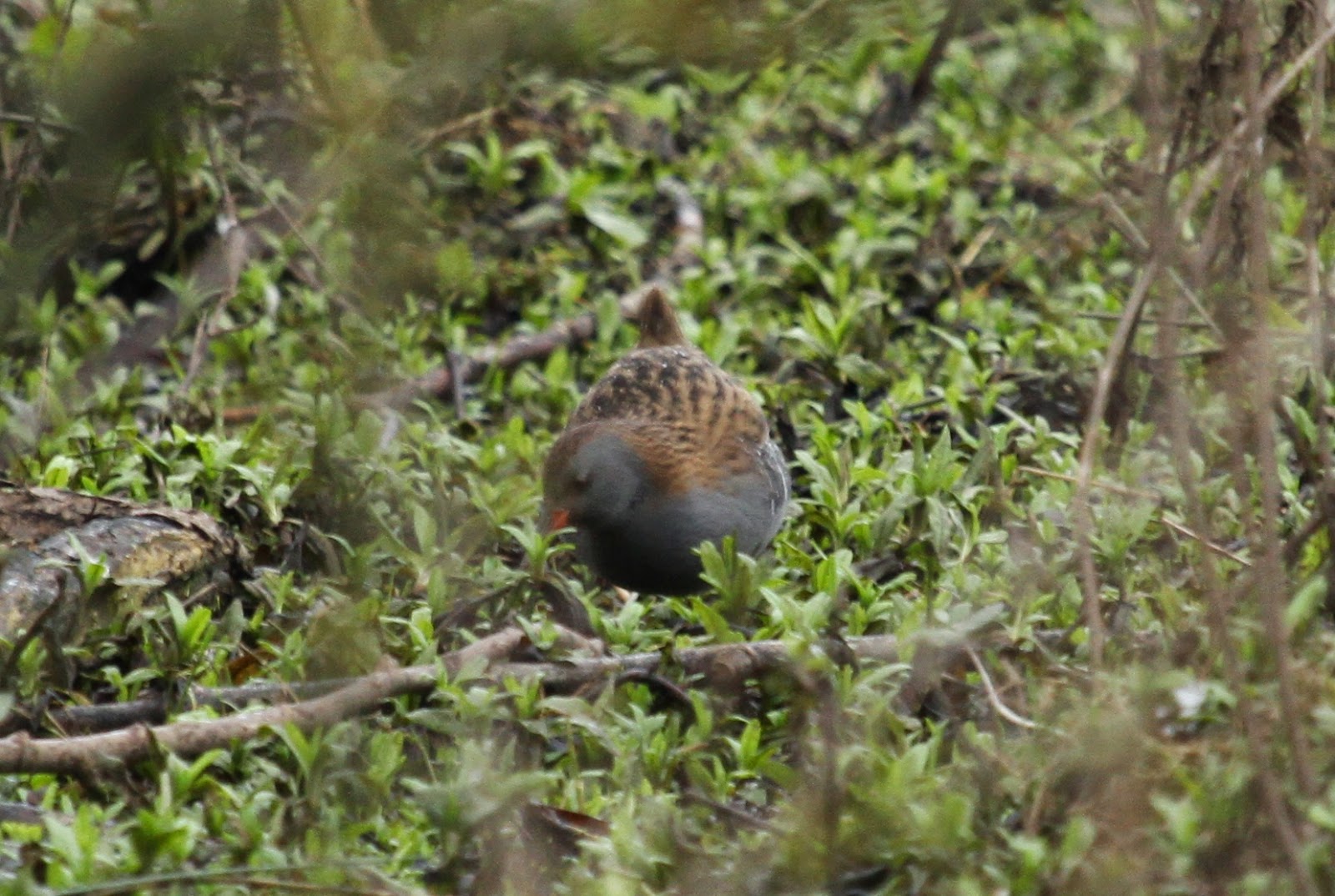 As soon as we were about to leave I noticed a white flash, and decided to look back just to check to see what it was, and after a quick look through the scope it was a Little Egret. Apparently there had been one knocking around from Thursday however, hadn't been seen since then, so I was pretty pleased to see it. It is one of the rarer birds for the Flash.

50 species in just over an hour isn't too bad.

This morning I woke up to a covering of snow and a hard frost. There was also thick fog, so I decided to bird more locally and got dad to take me to Winsford Flash as soon as it was light enough.  It was quite strange trying to make out the shapes in the fog, and these Snipe kept disappearing into it and then popping out again. 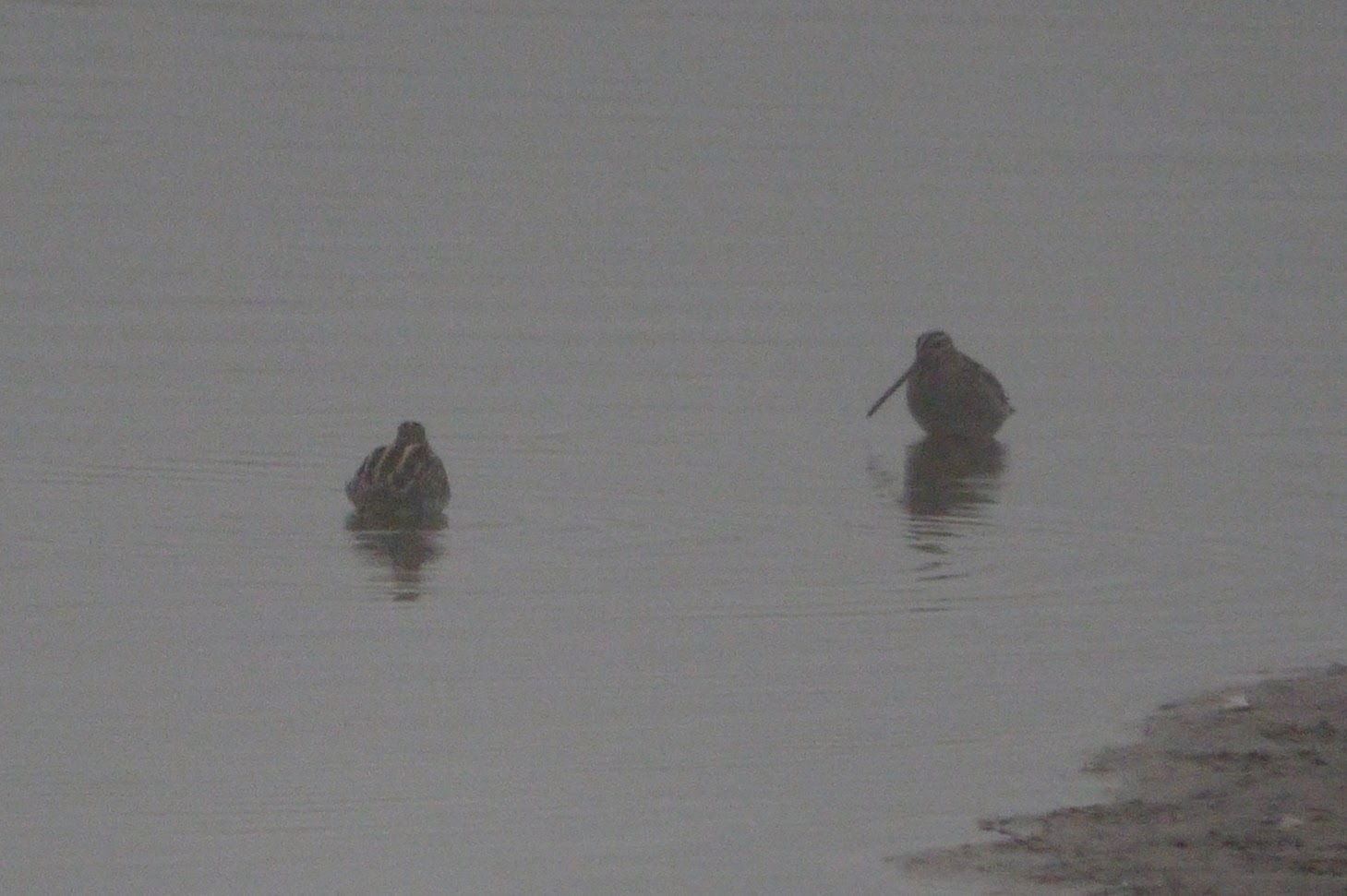 We made out about 26 species through the fog, which took a lot of eye straining. Just as we were leaving a Grey Wagtail flew in to it's usual spot on the edge of the Flash. The fog didn't bring out the stunning markings, but it's always nice to see one, especially as they are a declining species. 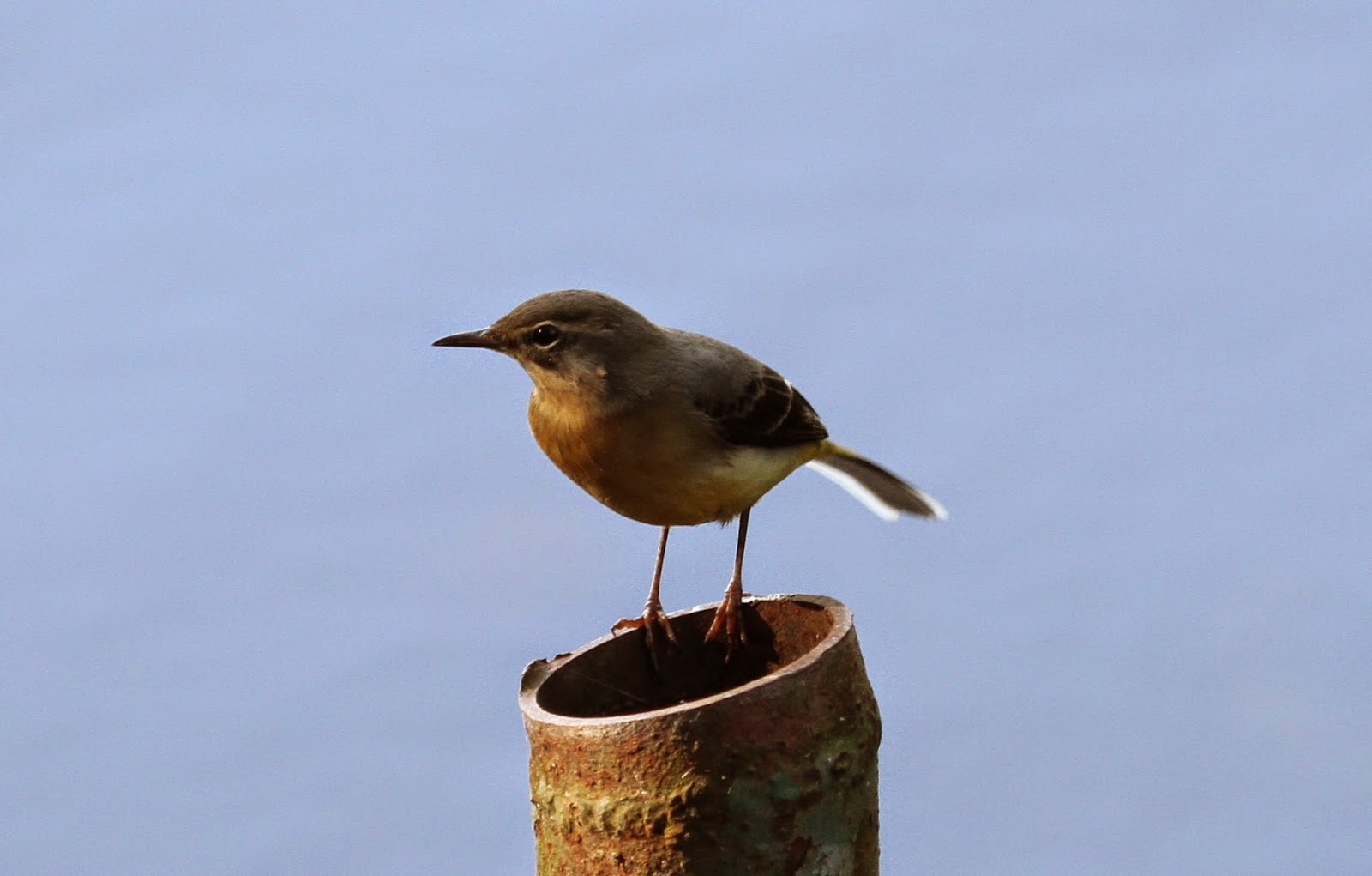 So what's next? Well a roost ringing session for me. I hope you are all having a great weekend.