After missing out on ringing, and having been feeling slightly under the weather, with a sore throat and a pretty bad cough, I was glad I had perked up a bit, so I decided to take a chance at seeing the Laughing Gull at New Brighton, about an hour away from my home, even though it was quite thick fog.

The bird had been around the marine lake on the pontoons for quite a few days, so me and mum decided to try watching the marine lake on the incoming tide. High tide was at about 1:30pm so we arrived at about 11:30am to watch what the tide would push in. After about twenty minutes or so, a couple of roosting waders started to make their way onto the pontoons; Turnstone and Redshank.

As I'm sure you know the Laughing Gull is quite a rare bird for the UK and comes from North America. It may have been blown off course by the storms in the US. Being in such an easy to reach location, the bird had attracted quite alot of attention and there must have been at least a hundred people surrounding the marine lake by the time we left. It was also great to see the interest from the non-birders and I showed quite a few of these people the gull through my scope, explaining a bit about it. 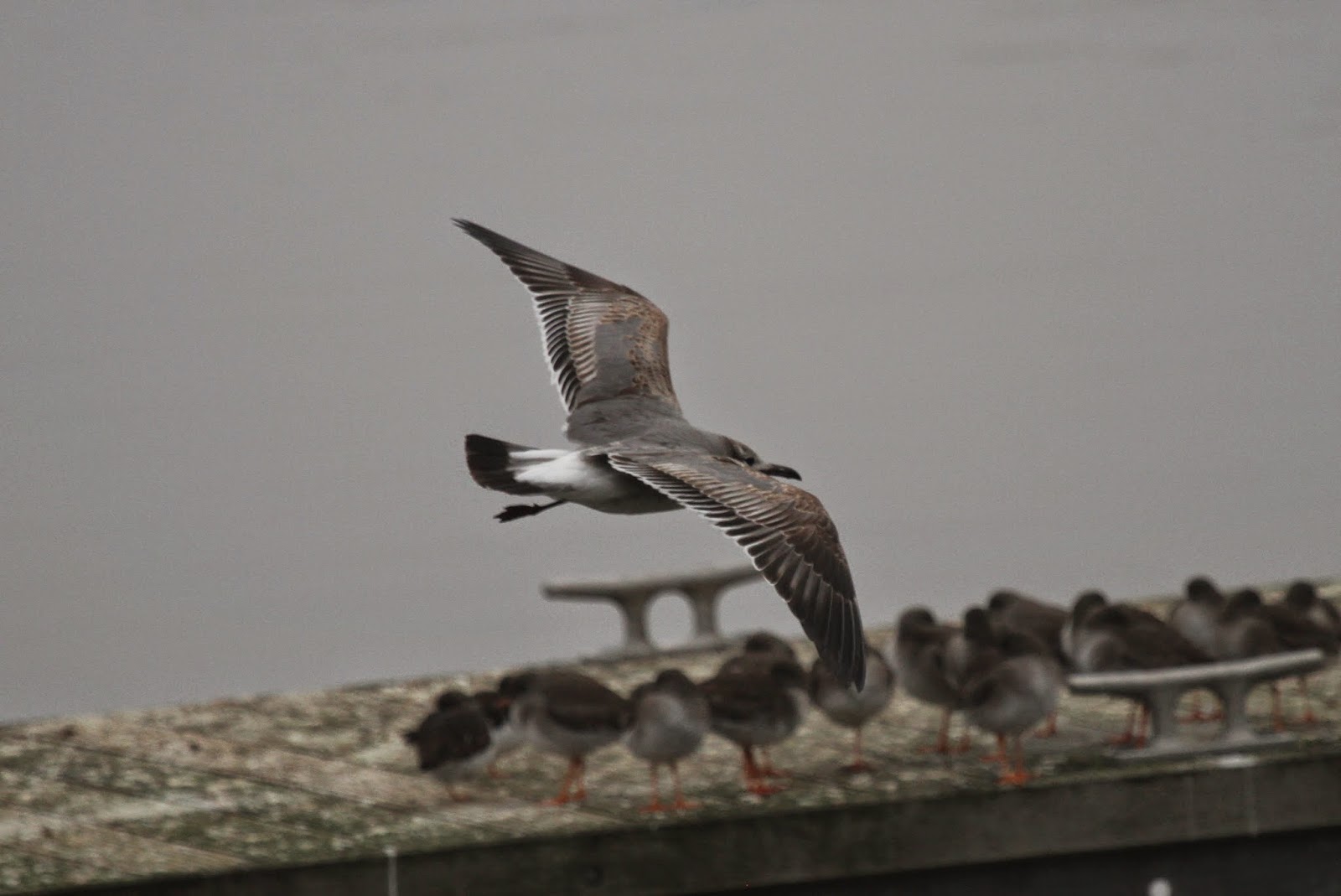 After about forty five minutes, the Laughing Gull made it's first appearance with a quick fly by from the direction of the sea front, however it soon spiraled round and turned back to the beach. So we had to wait a little longer, in the freezing cold, for it to make another attempt at landing on the pontoons.

It wasn't too long before the Laughing Gull swung back round and landed briefly on the pontoons before again taking off again. When the bird had landed we noticed that the bird looked like it had an injured left wing, this may have been a strain from battling through those storms. But it was preening and feeding which is a good sign.

When it finally came back, it stayed for quite a long time, mixing with the smaller birds like Redshanks and Turnstones, and occasionally finding a solitary space to sit in. It never seemed to be with the bigger birds, however we managed to get some brilliant views when it came right on to the first pontoon off the marina wall, only about 10 metres away!! 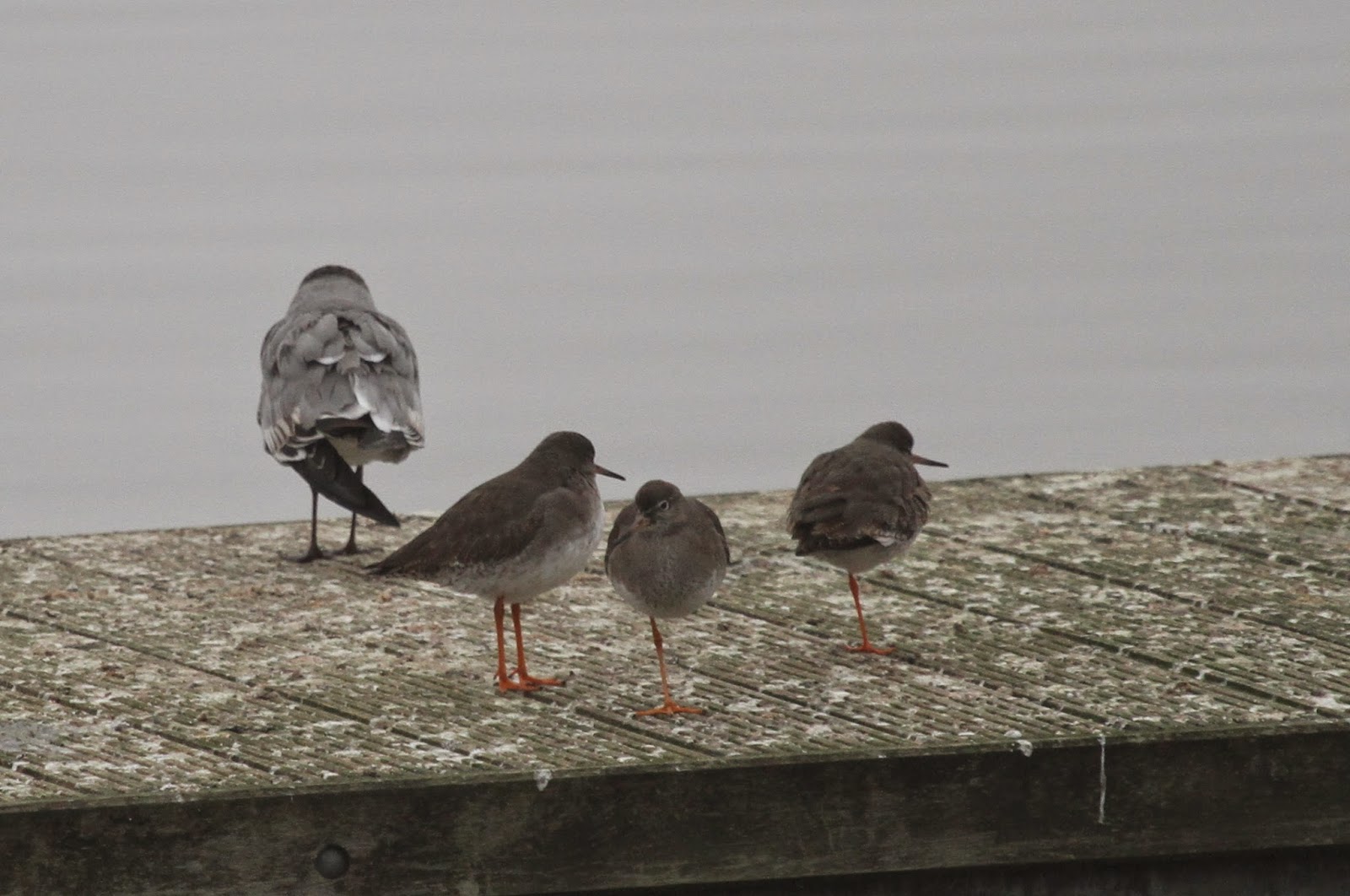 With the bird being so close, mum managed to crack on and get some great pictures. 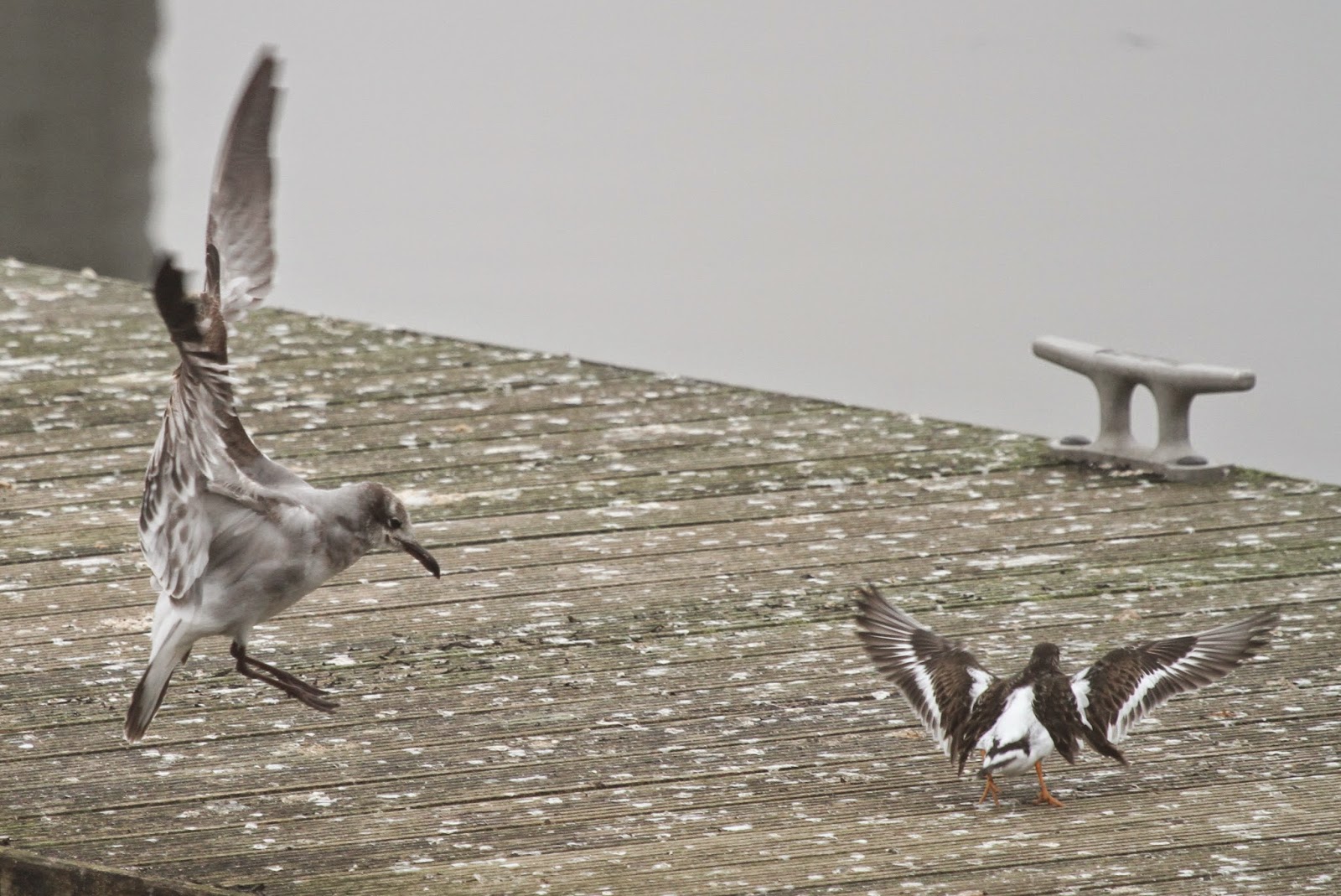 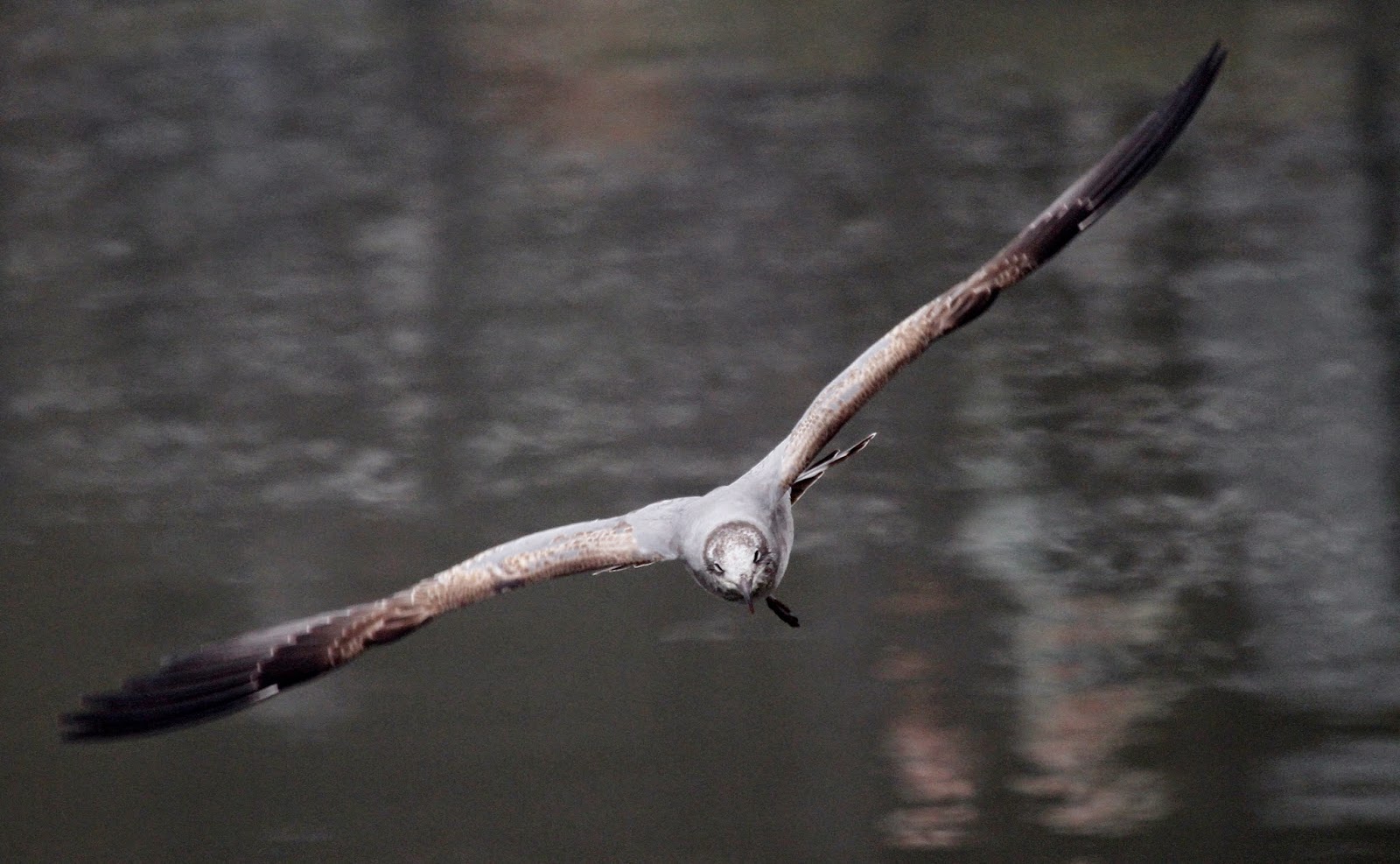 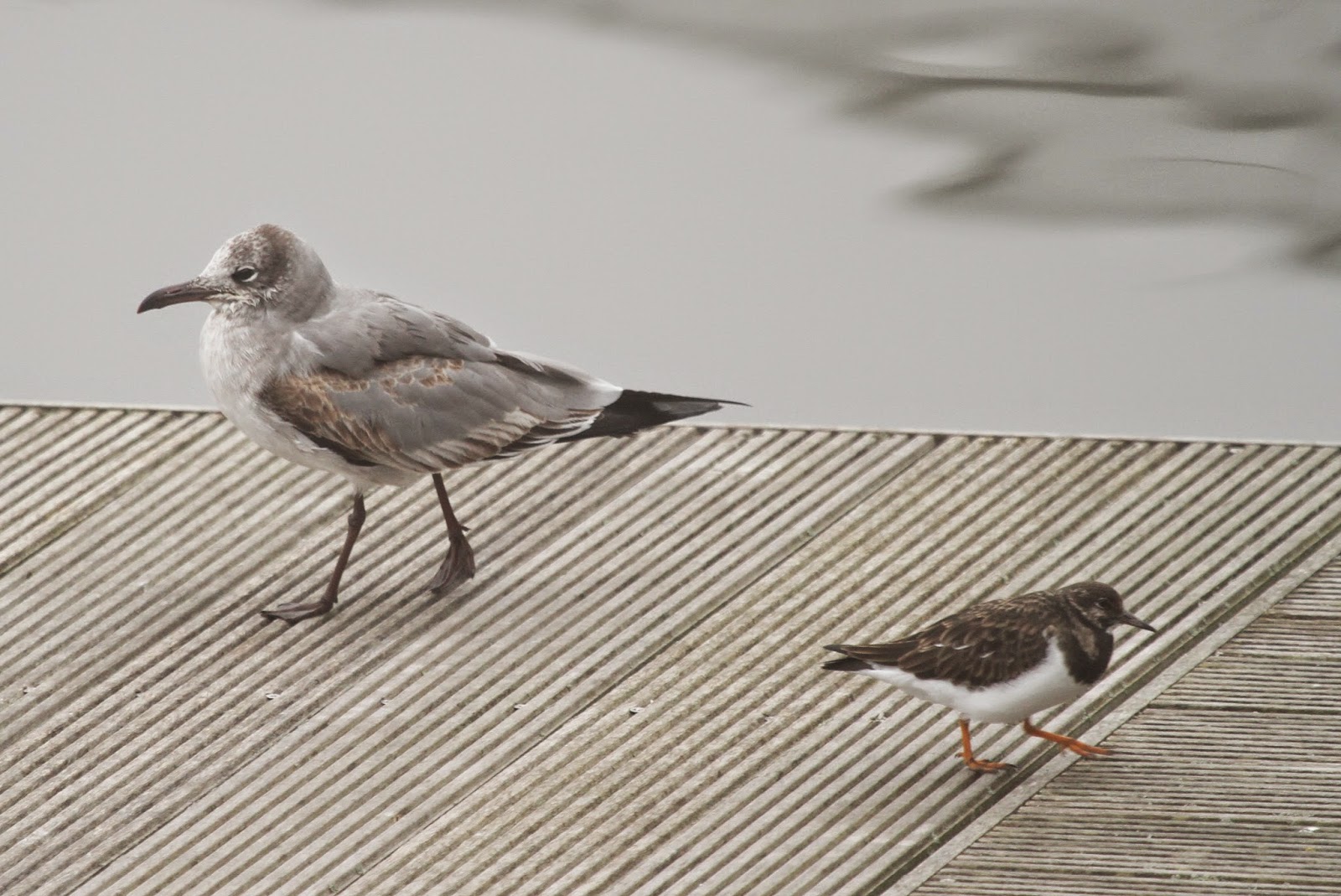 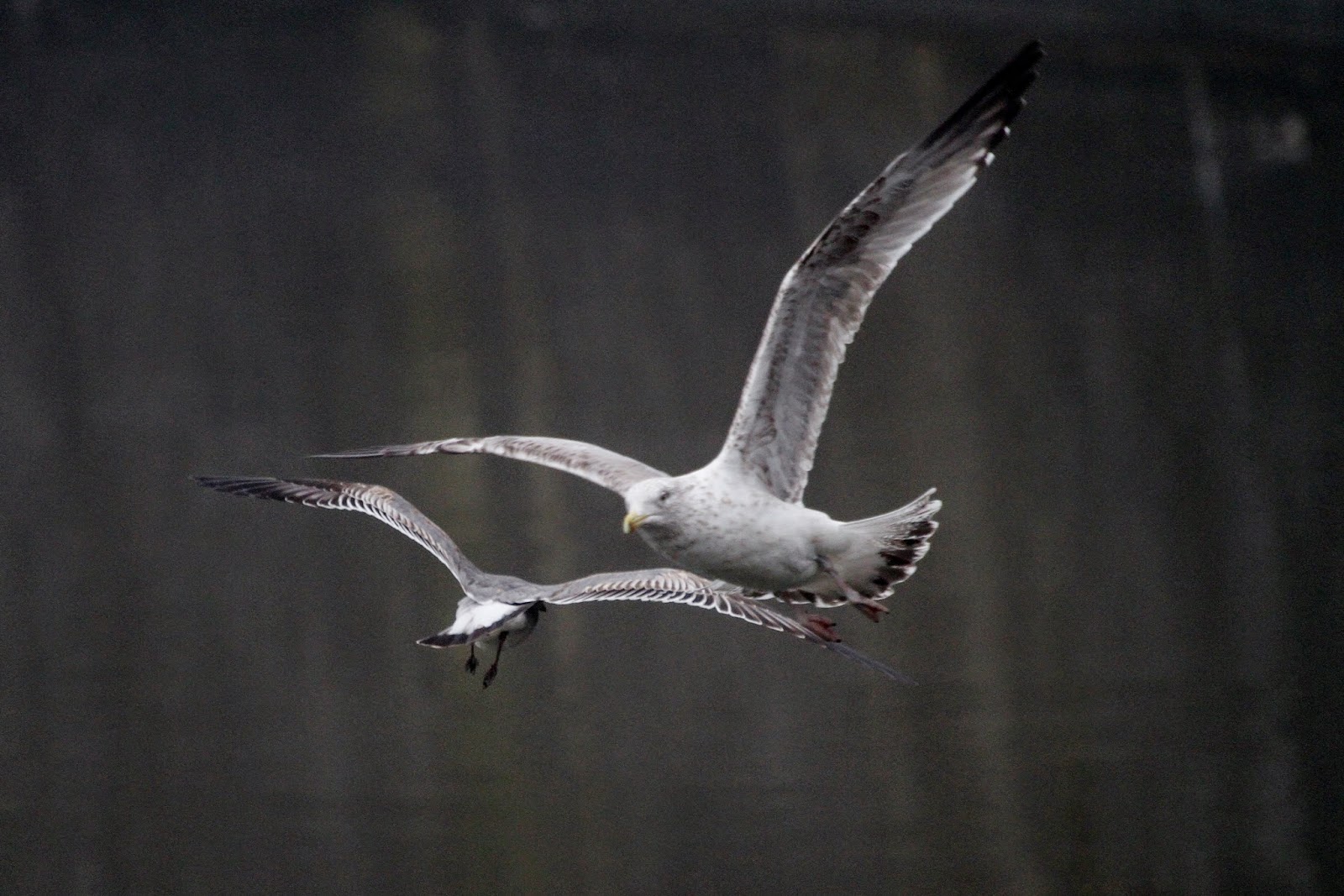 I was really glad to get out for a few hours and meet some other birders, but I was sorry that I missed Danny, Lucy McRoberts and Rob Lambert, so I hope to catch up with them all soon. 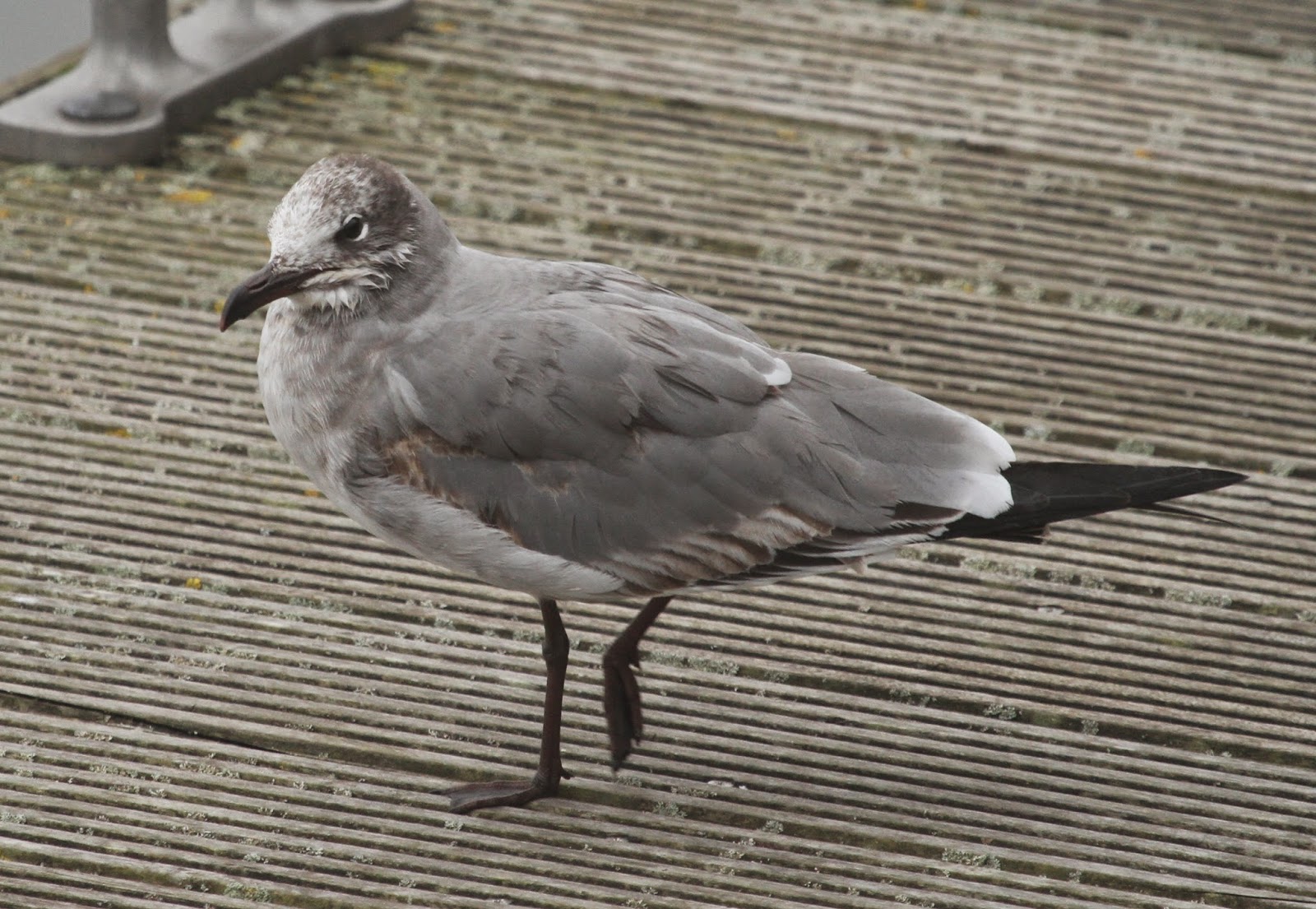 With it's injured wing, the bird will probably hang around for a while.  And if you wonder where it gets it's name from, have a listen here.