Eyes in the Field BAWC Conference

Last Saturday I had an early start for the Eyes in the Field Wildlife Conference, which I was granted special invitation tickets to attend. The conference was the BAWC's (Birders Against Wildlife Crime) first ever wildlife crime conference, and certainly my first conference where a number of individuals and NGOs have united to talk specifically about wildlife crime in terms of what is happening and what can be done.

The conference was being held in Buxton, roughly about 50 minutes from our house. It was a beautiful drive over the moors of the Peak District and we managed some decent views of breeding Curlews and a solitary Red Legged Partridge (no Hen Harriers though). We stopped at the Cat & Fiddle for a little while to take in the great views. Looking out across the moors also gave me chance to think about the day ahead in a perfect setting. 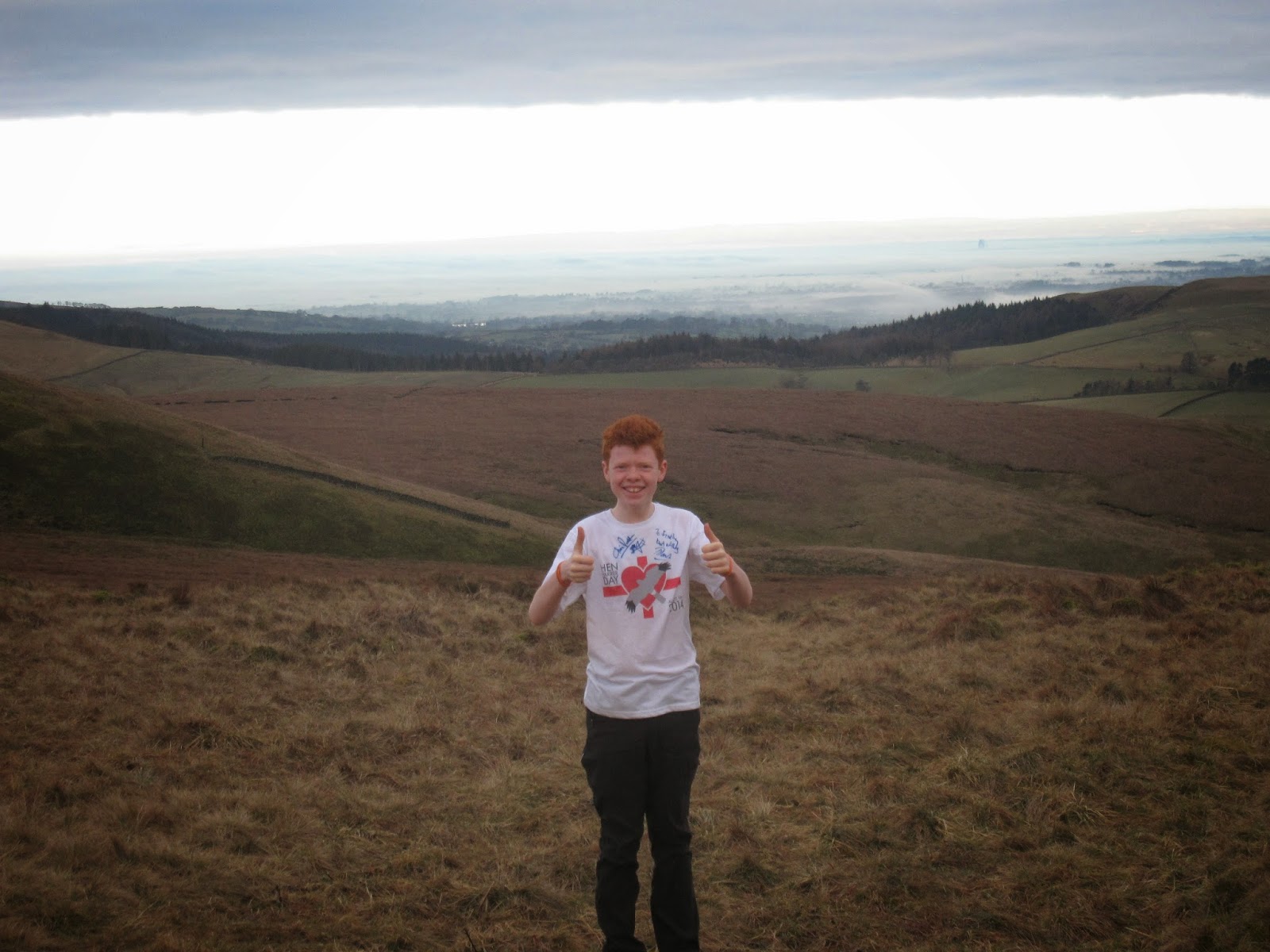 In my post, I am not going to go through each of the talks in detail (even though they were all brilliant) but instead I am going to talk about the key messages I picked up and the ways in which we can all help win the fight against wildlife crime.

When we got inside, the NGOs and guest speakers were already starting to set their stands up, and it was great to be greeted and welcomed by good friends and people I have been longing to meet properly such as Charlie Moores from BAWC, Mark Avery, Ruth Tingay, Lawrie Phipps (vice president of LACS), Phil Walton (also from BAWC), Bob Elliot (RSPB Head of Investigations), Rob Sheldon (OSME), Chris Packham, Brian Egan (Rare Bird Alert), Tom McKinney, Stewart Abbott, Paul Tillsley (Head of Investigations LACS) and Alan Charles (Derbyshire Police & Crime Commissioner). Meeting with these amazing people really sparked my hopes for what the rest of the day would offer. And then of course there was Henry: 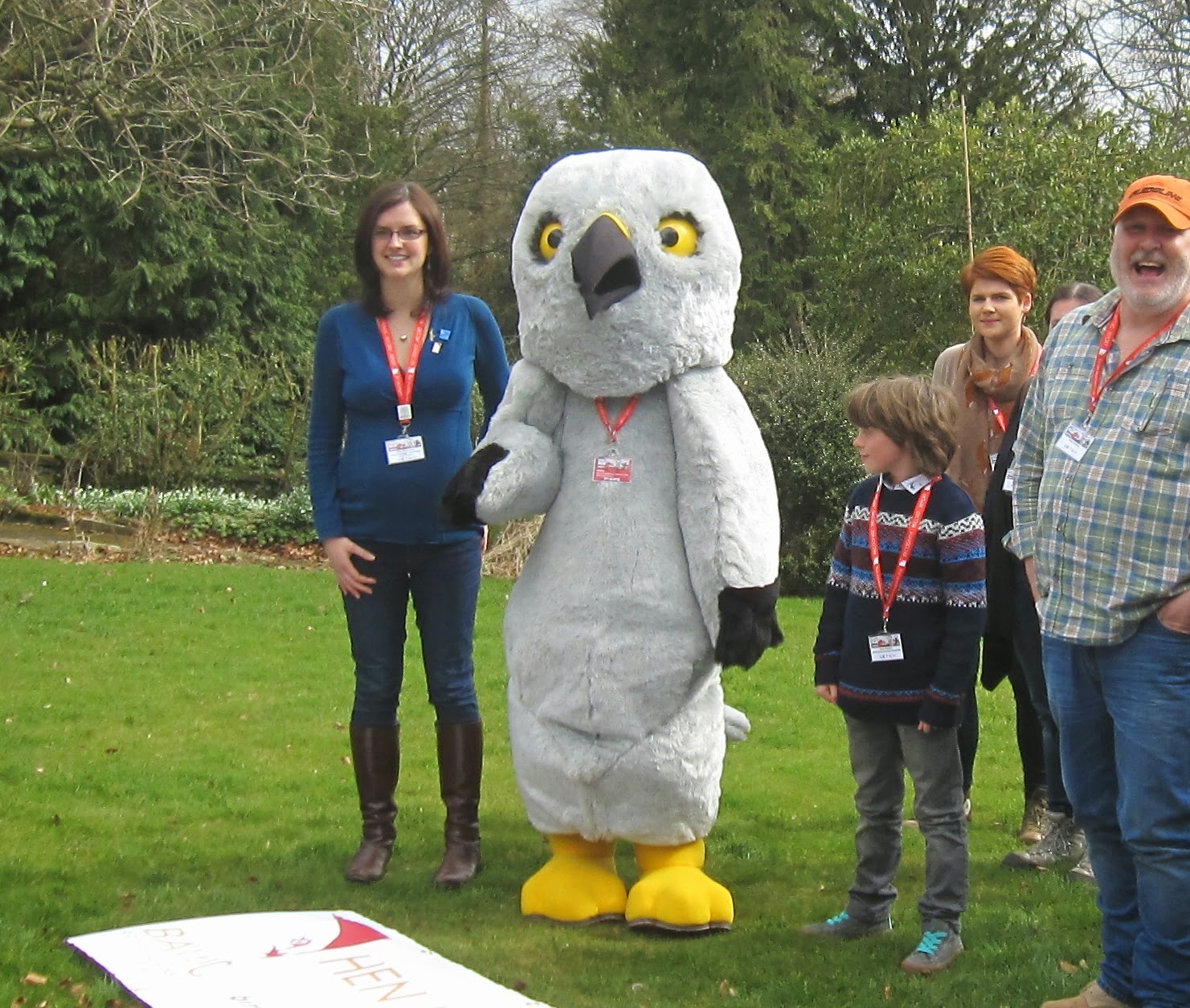 Now of course the conference was all about wildlife crime and in most cases illegal persecution.  As those of us that care know, wildlife crime is wicked and evil, but in many circumstances it is overlooked and people are just not aware of how widespread it is. In fact, in many cases the people committing the crimes, whether it's game keepers, shooters, land owners, farmers (and of course people from lots of walks of life), don't actually believe the things they are doing are a crime, and that's one of the things we have to knock out of those people, and make sure they know our wildlife matters and is essential. Wildlife belongs to everybody and nobody has the right to take that away.

Magistrates, newspapers and TV don't seem to recognise or report just how bad wildlife crime is. It is seen by them as a very low level of seriousness. This has got to change.

As we continue our fight, wildlife crime is being talked about more and more, and we are slowly getting the message out there the right way. One of the great quotes from the conference from Charlie Moores was "we are vigilant, not vigilanties". I thought this quote linked perfectly to the title of the conference; Eyes in the Field.  To me this quote is saying we are on to, and looking out for, wildlife crime where it happens and when it happens and that we really care and are doing as much as we can to prevent it, and doing it the right way.  And very importantly reporting it.

We together are the strongest force we have in the battle against wildlife crime. It is my belief also (and this was mentioned throughout the conference) that we have one of the best modern day tools we can possibly have right at our fingertips, and this tool is social media. It could be one of our greatest powers to spread the word and shout out about injustices, and it is something that cannot be taken away from us or controlled by anyone else. It is like all our voices shouting loud together, but from all across the country.

How do you think all the rapter persecution news is given out? How do we find out how things involved with wildlife crime are changing? The point is, it is a brilliant resource to spread the news, and discuss and recall, share and understand, everything we can through things like websites, blogs, Twitter and Facebook.

Social media is quick and easy to access and reaches a lot of people very quickly when used properly.  In fact I remember last year when a thunder clap was arranged on Twitter for Hen Harrier Day. Almost 2 million tweets went out to the followers of everyone that signed up for the thunder clap. It got Hen Harrier Day trending on Twitter and that then got lots of people questioning "what is Hen Harrier Day" and in some worrying cases "what is a hen harrier"? Once people start to question in that way, then awareness is being raised. (By the way, are you all joining Mark Avery, Chris Packham, BAWC, Henry & Harry Hen Harrier on 9th August for the second Hen Harrier Day)?

So even if you don't think you like Twitter or other social media, give it a try and let your voice be heard. People need to be dedicated to doing things, rather than just caring, because caring alone just isn't enough to change things.

Now aside from education through social media, there is also the punishment side of things for the actual crimes. Do these punishments really fit with what has actually happened. For example, the big rich land owners that get fined £1000, is this going to stop them? Not in the slightest, to them it's probably less than they get for a membership fee to shoot on their land. The crimes committed need to be taken seriously, and the result of murdering innocent birds of prey and any protected wild animal should carry a heavy penalty, because it is a violation to us as well as nature.

Chris Packham demonstrated this in a great visual way by spray painting and slashing a famous work of art (not the real one of course). He then smashed it on the floor a few times for good measure.  It demonstrated the shock people would feel if that happened for real (you can watch this part of his talk here).  If I were to do do something like that with a real work of art, I would be thought of as a disgrace, a disappointment. And that outrage is how we should feel when our natural world is mistreated and vandalised.

Now I want to move onto public awareness again. So many people are not aware of the seriousness of wildlife crime, and the scale at which it is happening. So the different organisations and active individuals need to start reaching out to these unaware people and give them a solution and ways they can get involved and help us in the fight. We need to have more of those people that are vigilant and actively doing things, and telling other people to do things, and making a change happen. Action needs to be taken quickly and not just talked about. 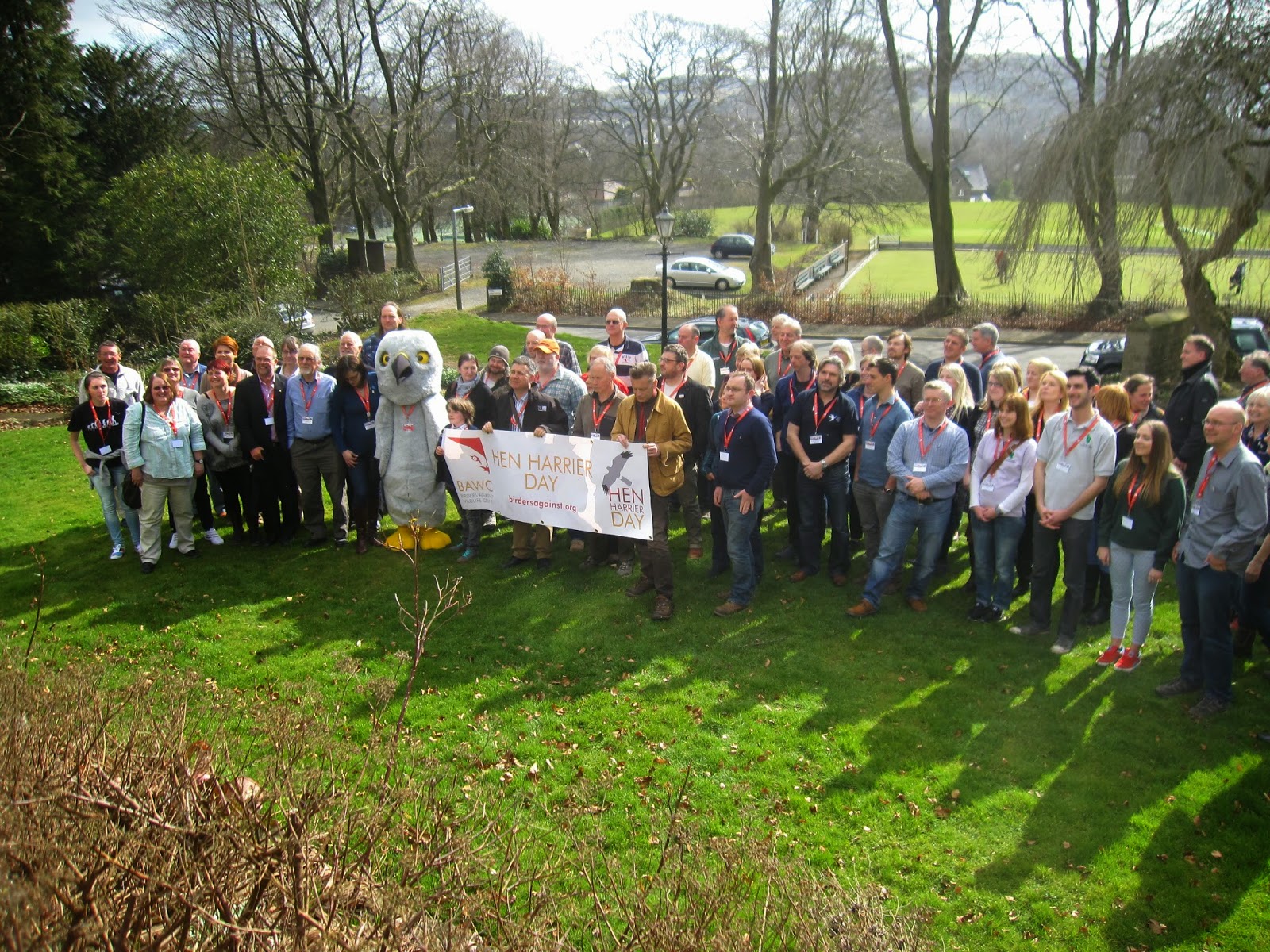 I learnt a lot from the conference and all the fantastic talks. And I came away convinced more than ever that we can and will change things.

So please, don't just care from a distance, care actively. 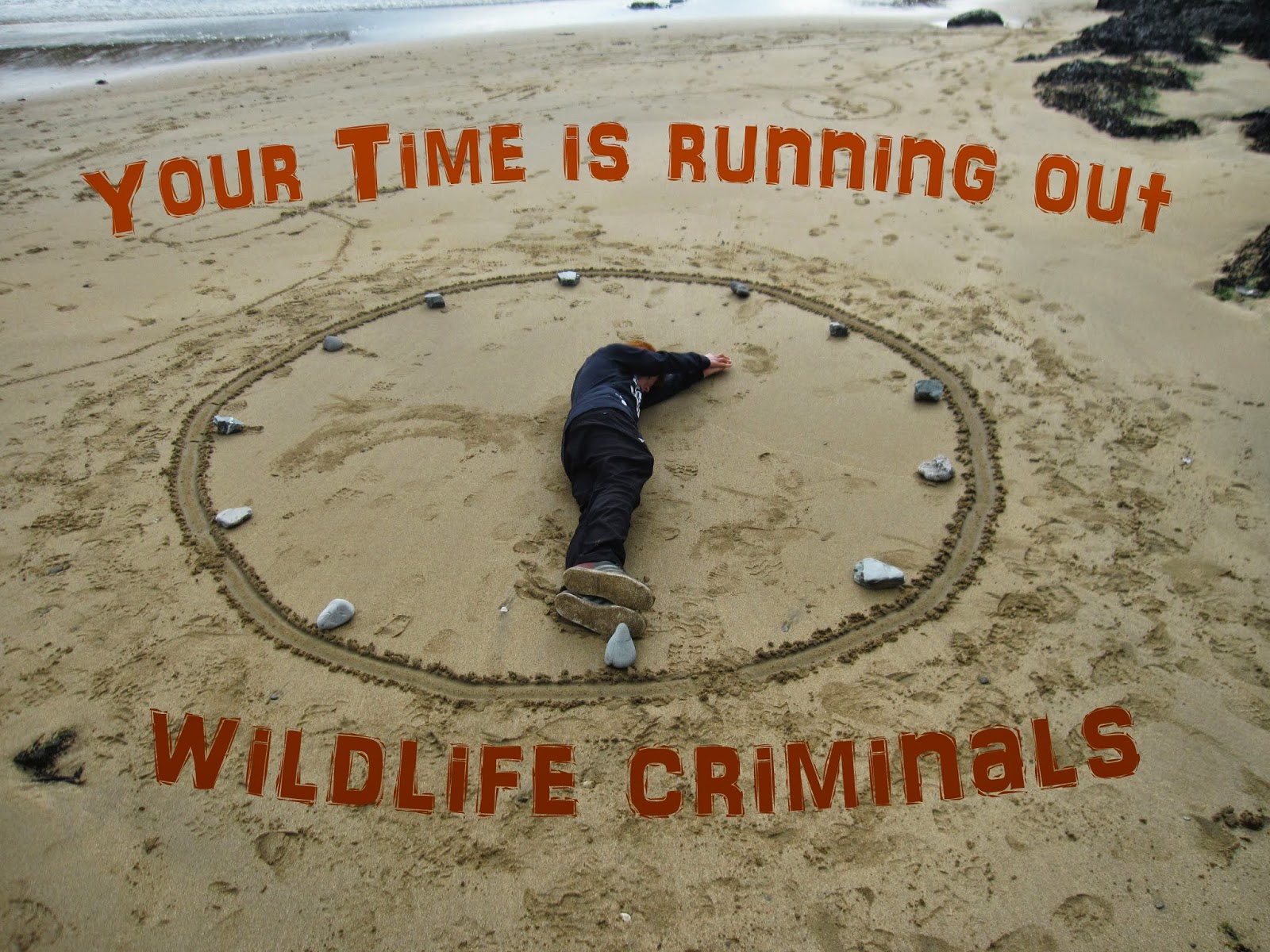 There were 4 people under 18 at the conference, me, Zach, Sophie and Georgia. Next year I want to see 40 there, the word needs to be spread across all generations.  But whatever your age, make sure you are a part of the BAWC 2016 Conference, I know I'll be actively involved.

Linking to Wild Bird Wednesday
Posted by Findlay Wilde at 18:54