The Tale of the Colonial Nest Box

Last year, as a project, me and my dad built a colonial bird box for House Sparrows which we have in good numbers in and around the garden. It's important to help House Sparrows as although their numbers are more stable now, they declined by 69% in the UK during 1977 -2010 (numbers from the BTO Bird Atlas).

Of course we didn't know how successful the box was going to be, and we couldn't be sure what was going to inhabit it, since there are many other species of bird looking for suitable nest sites in the garden. 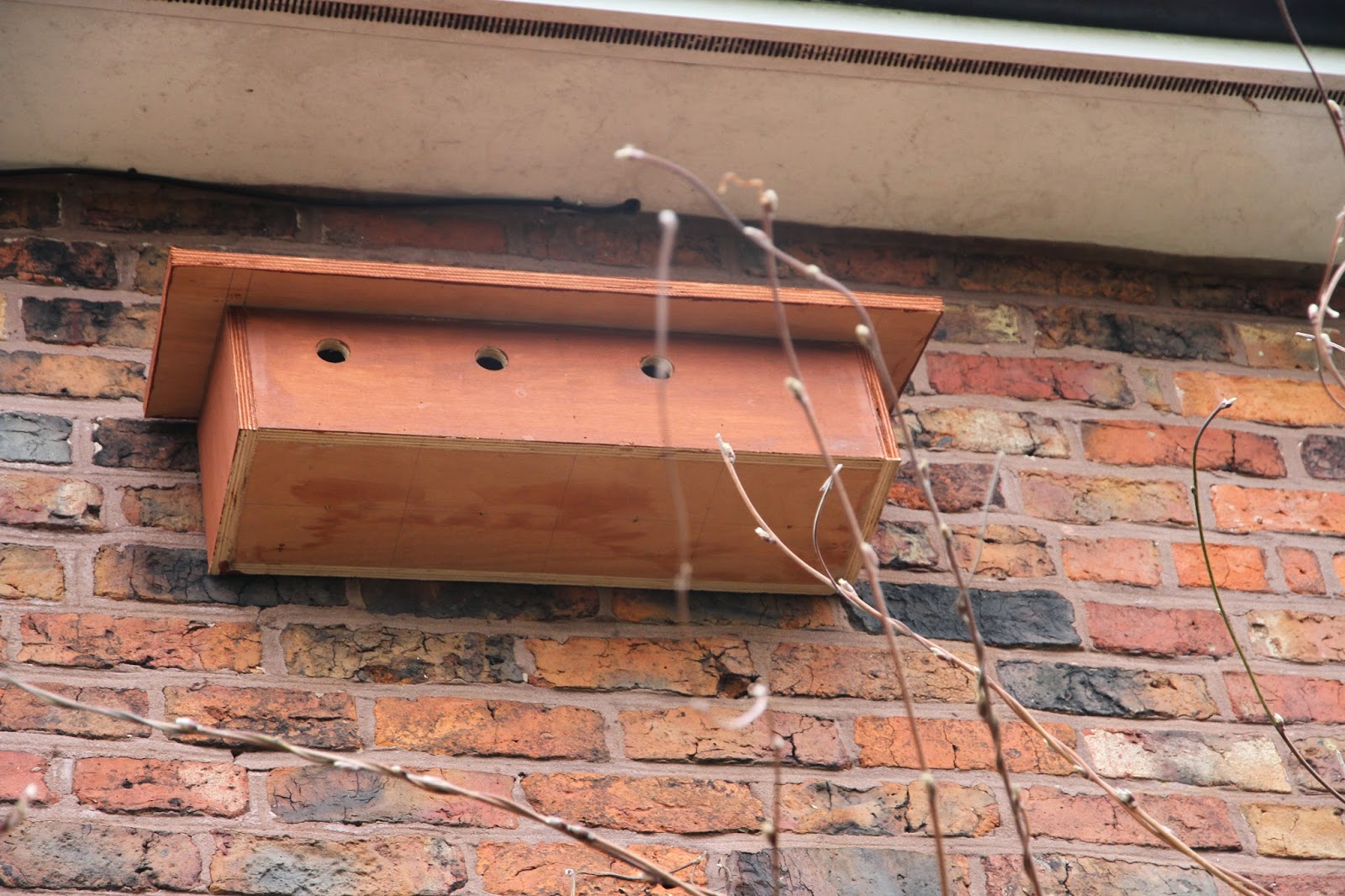 
And guess what, last year the Blue Tits got to it first, despite having plenty of nest boxes in other gardens surrounding ours. Unfortunately the Blue Tits failed there breeding attempt as they kept getting confused as to which hole there actual nest was in, so there was basically half a Blue Tit nest in each of the box segments. 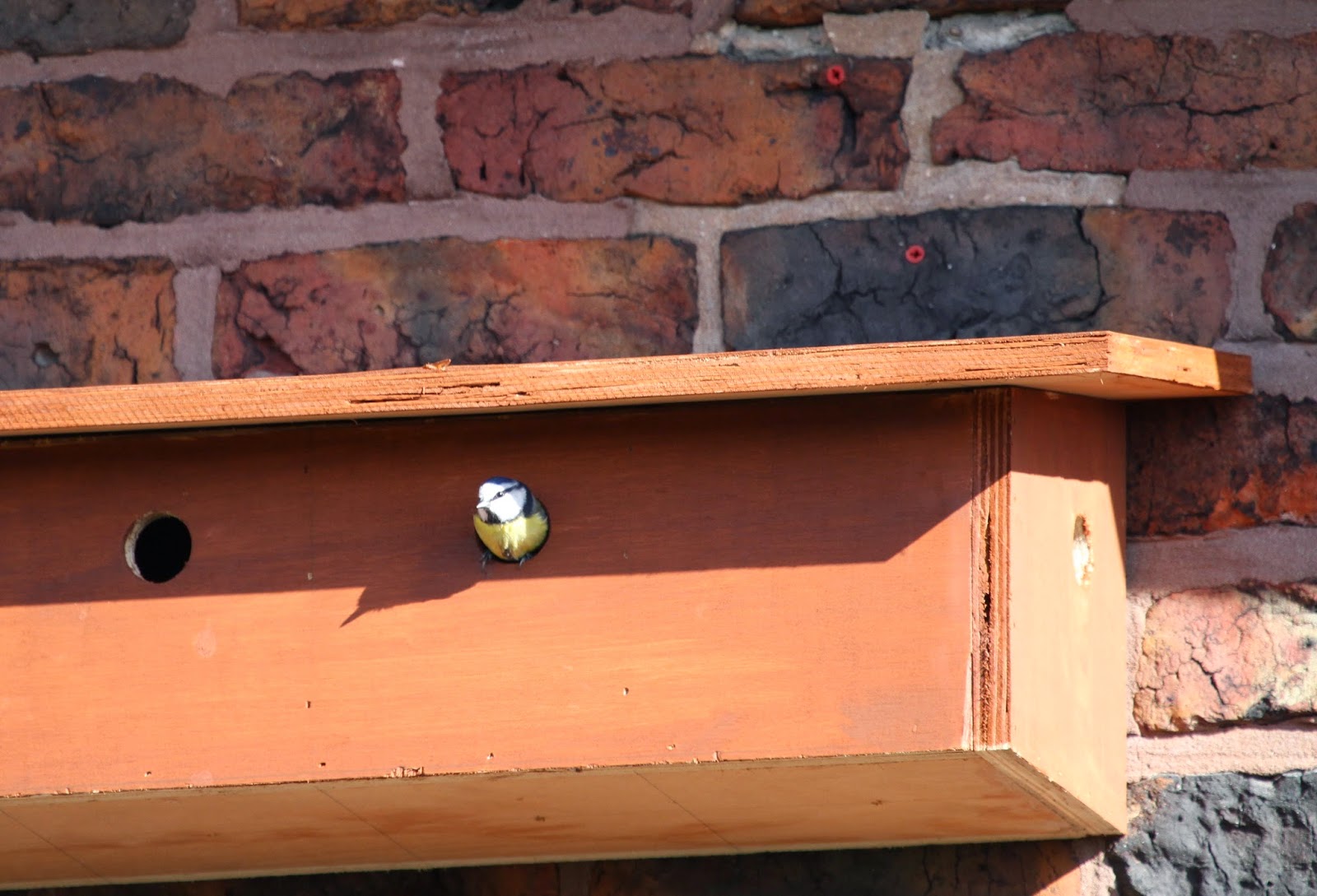 This year however, I have noticed that the House Sparrows are investigating the box, and I have seen them bringing in feathers and material, so hopefully they have beaten the Blue Tits to it, which is brilliant. The box is right nest to my bedroom window, so you can imagine how much time I spend watching it before school in the morning.  If they nest successfully, I will be able to complete a full BTO nest record for them just by looking out of the window. I will of course be looking for less obvious nests round and about as well. 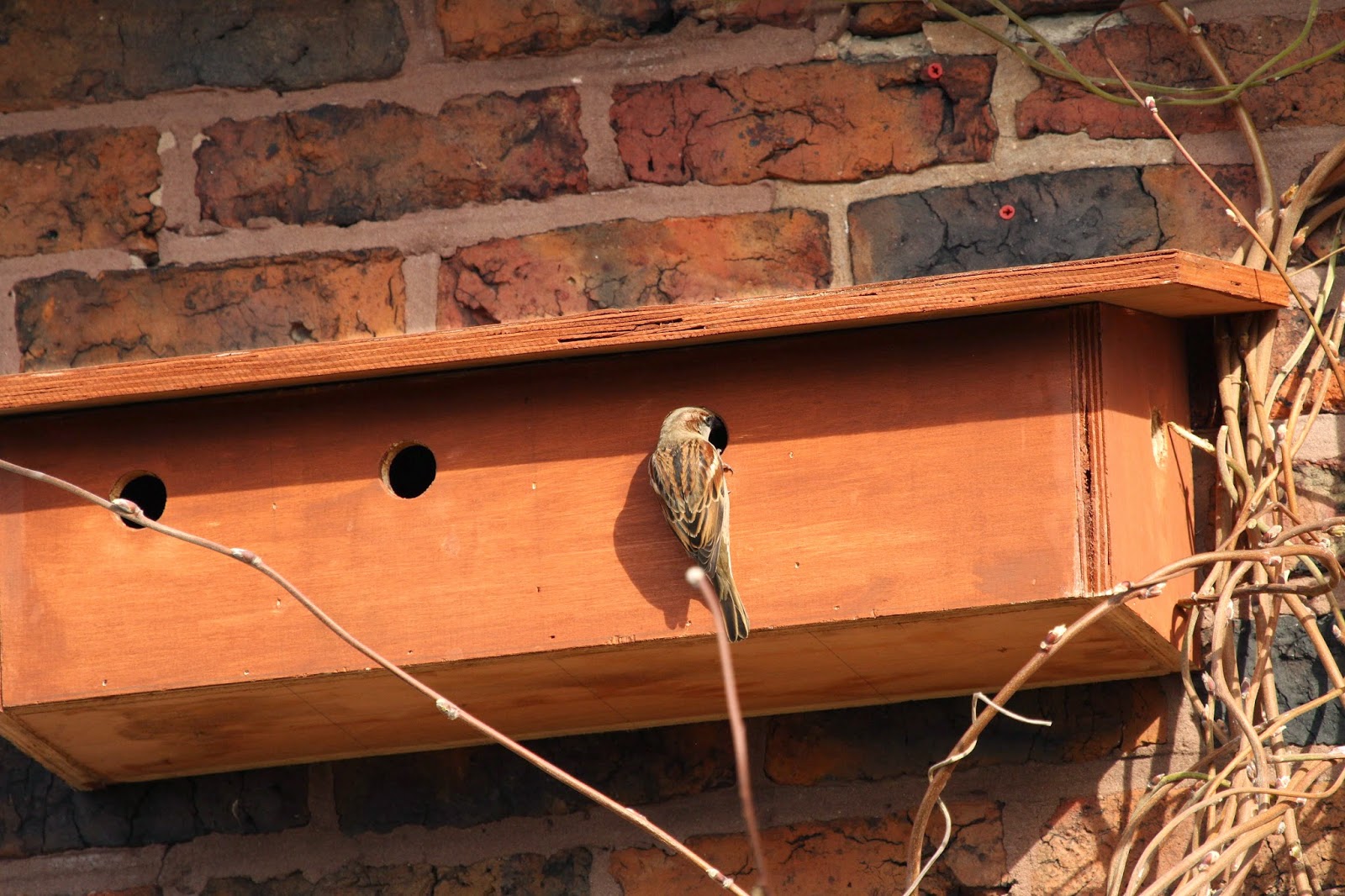 2015 The House Sparrows got there first

House Sparrows have always been special to me. They were one of the first species that got me hooked on the natural world when I was younger. The family squabbles, but at the same time the need to be together and look out for each other. I really do like House Sparrows.

In between all my revision sessions this weekend, I spent time in the garden keeping an eye on the nest box and satisfying myself the the House Sparrows really are keen to nest there.

Whilst outside me and my mum noticed these strange and unusual clouds drifting in the distance, which I had never seen before. 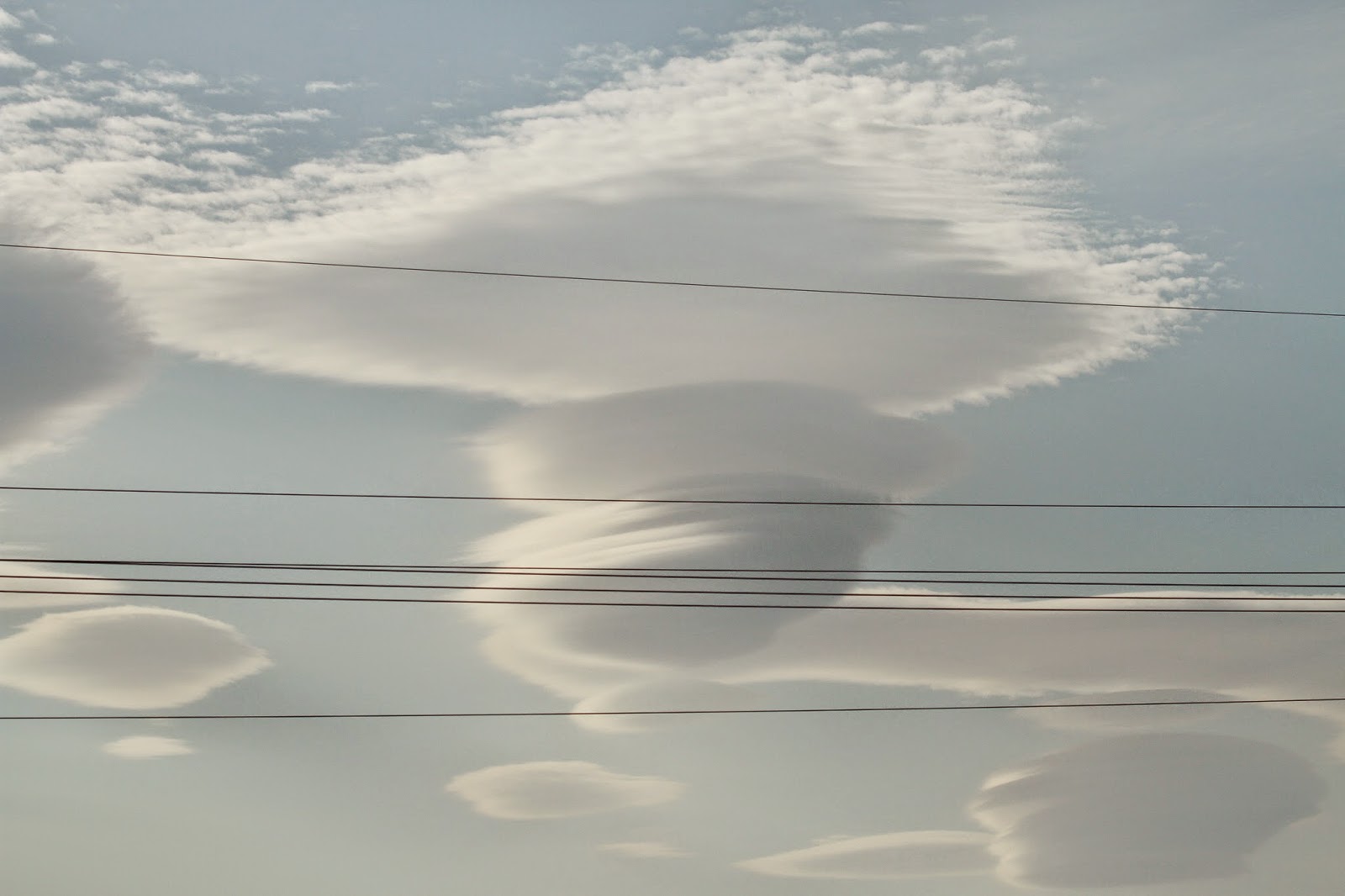 After a bit of research we found these are actually called Lenticular clouds and have been mistaken on the past for UFOs!! 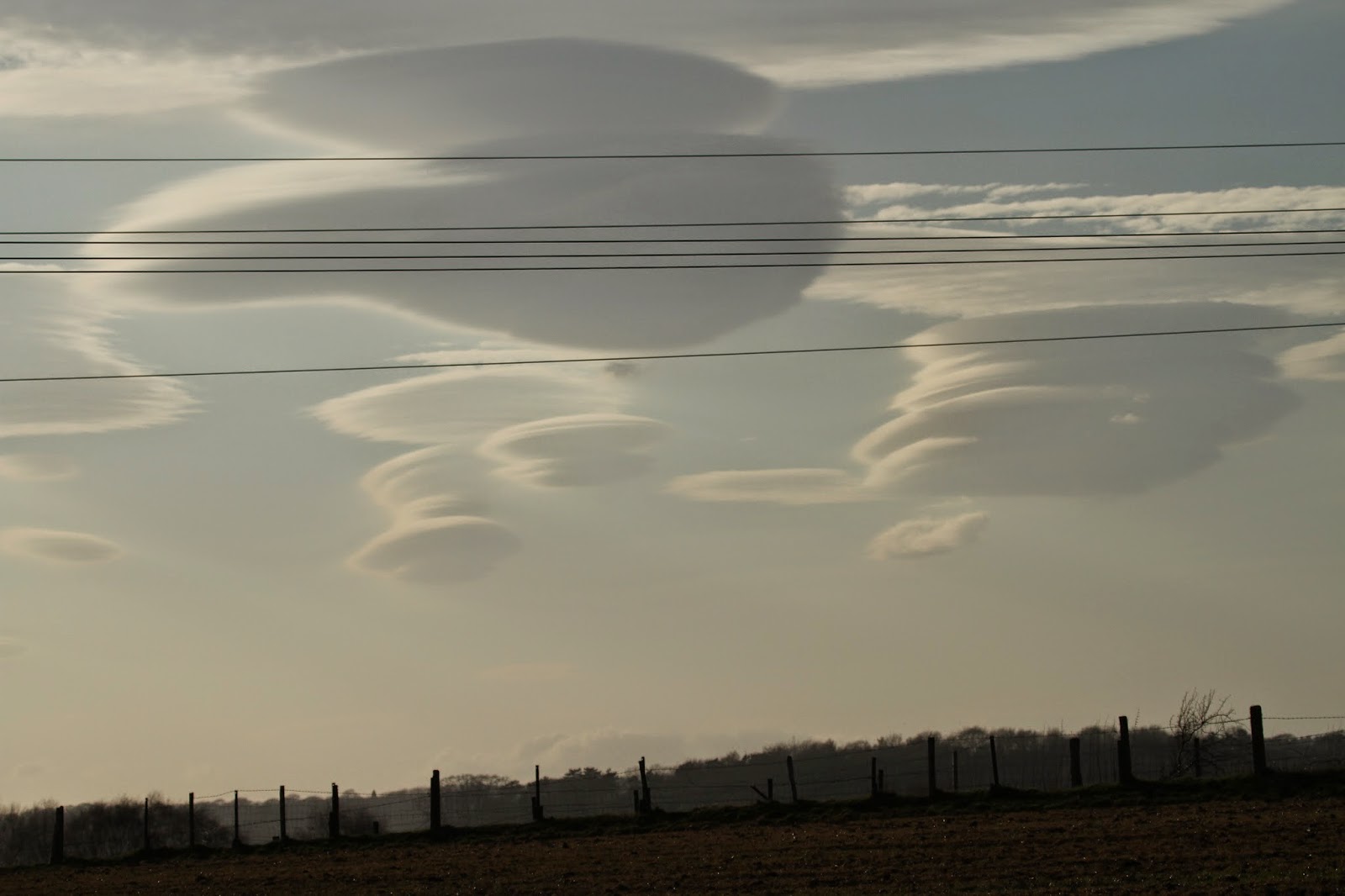