Last week I was at my Grandma's in North Wales, and as usual it is always one of the best trips of the year when I'm there. Where my Grandma lives, we are 500 feet above sea level, so spring is apparently 3 weeks behind, so I decided to shove nesting aside for a couple of days and actually do some birding. (Although I did spend a lot of hours trying to find out where the Long Tailed Tits were starting to nest......and failed).

As you probably know, the weather last week was brilliant, especially for early April, so the moors and the water looked great in contrast, and just stunning anyway. You may recognise this site from previous blogs on my visits to Llyn Brenig, which was the main birding trip of the week and it really didn't disappoint. 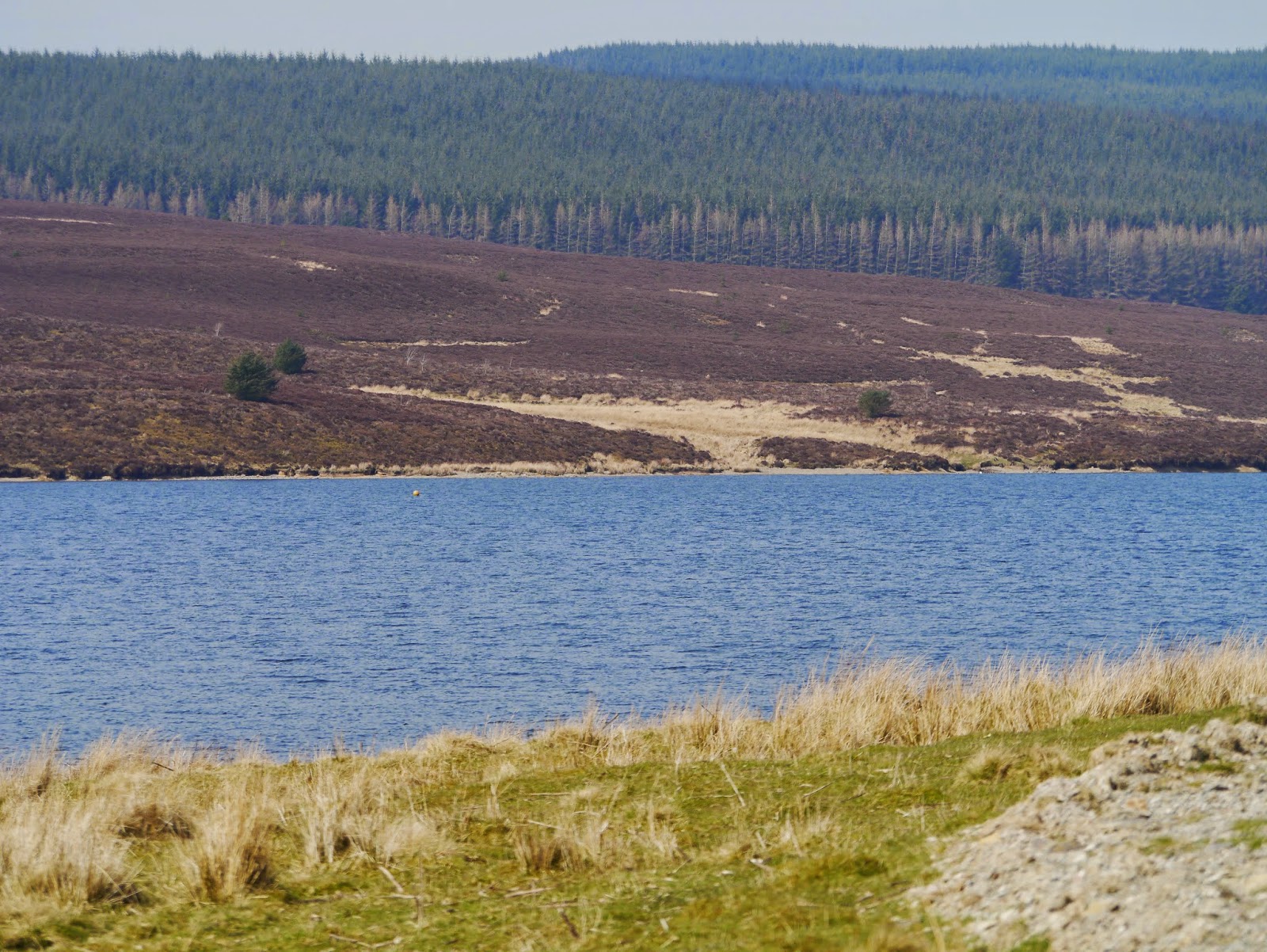 After having lunch viewing the main reservoir (which for those of you who don't know, use to be a huge valley, but got filled in, which makes the reservoir you see today), we all moved onto to the back lanes which zig zag across the open moorland, and I was instantly surprised to see two police cars trailing over the moors, which was a bit alarming; was this a result of a possible wildlife crime?

The valley here is beautiful in the sun and held at least 15 Sand Martins swirling in front of the dam which ends the valley, also in pursuit of the Sand Martins was a male Merlin which didn't seem to have any success, however looked stunning when the light reflected off the slate - grey back. 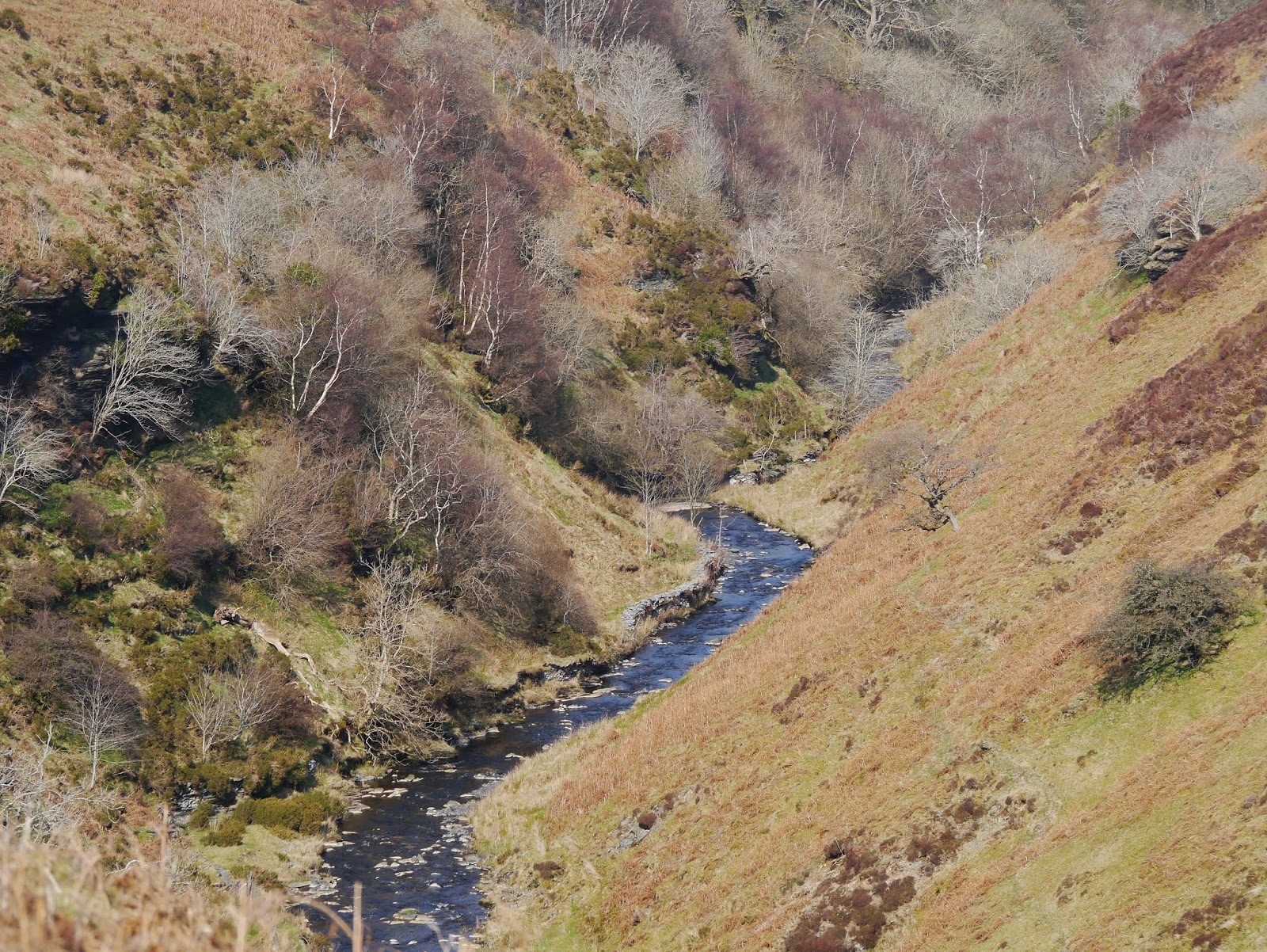 My primary target species of bird to see was of course the Hen Harrier, and as you can see from the picture below they have returned to the moors already to breed, the male put on a spectacular display as it rose high into the air and started to perform the actual Skydance! It was amazing, a brilliant reward after all the work and effort put in to try and save these birds. But even though one dancing skydancer in Wales warmed my heart, there is a long way to go before we can all enjoy watching them dance across their rightful english moors.

Within a few minutes the female appeared and together they trailed off into the distance, still performing there special and spectacular display. 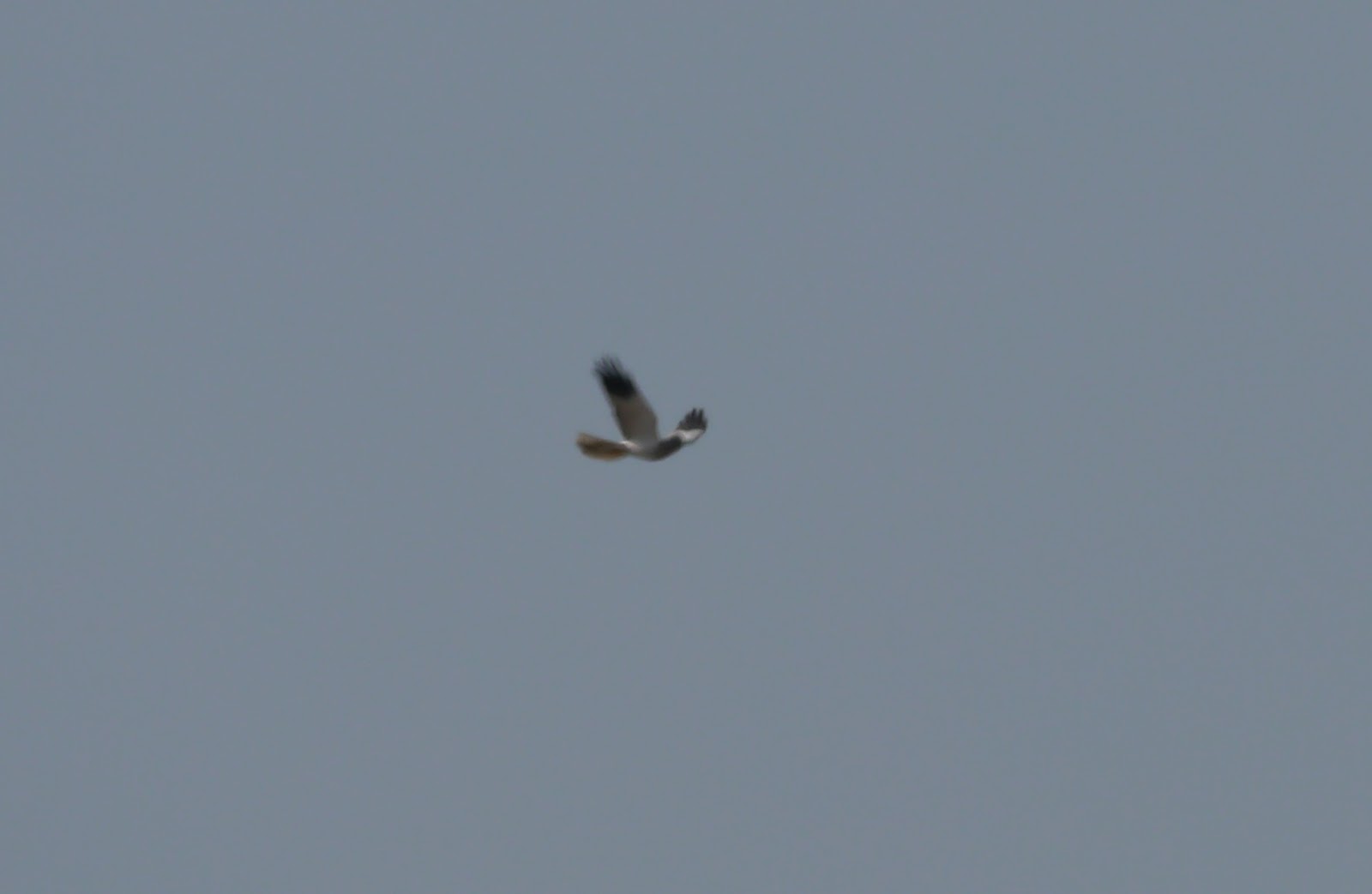 Llyn Brenig, and it's moors are owned by the Wildlife Trust and although it was traditionally a grouse shooting moor, there is no shooting there anymore thank goodness, so hopefully that pair of incredible Hen Harriers will breed safely with only natural predators to be wary of.  These moors hold at least 2 pairs that I have seen previously, and seem to be returning every year to these areas, so hopefully they are doing okay. 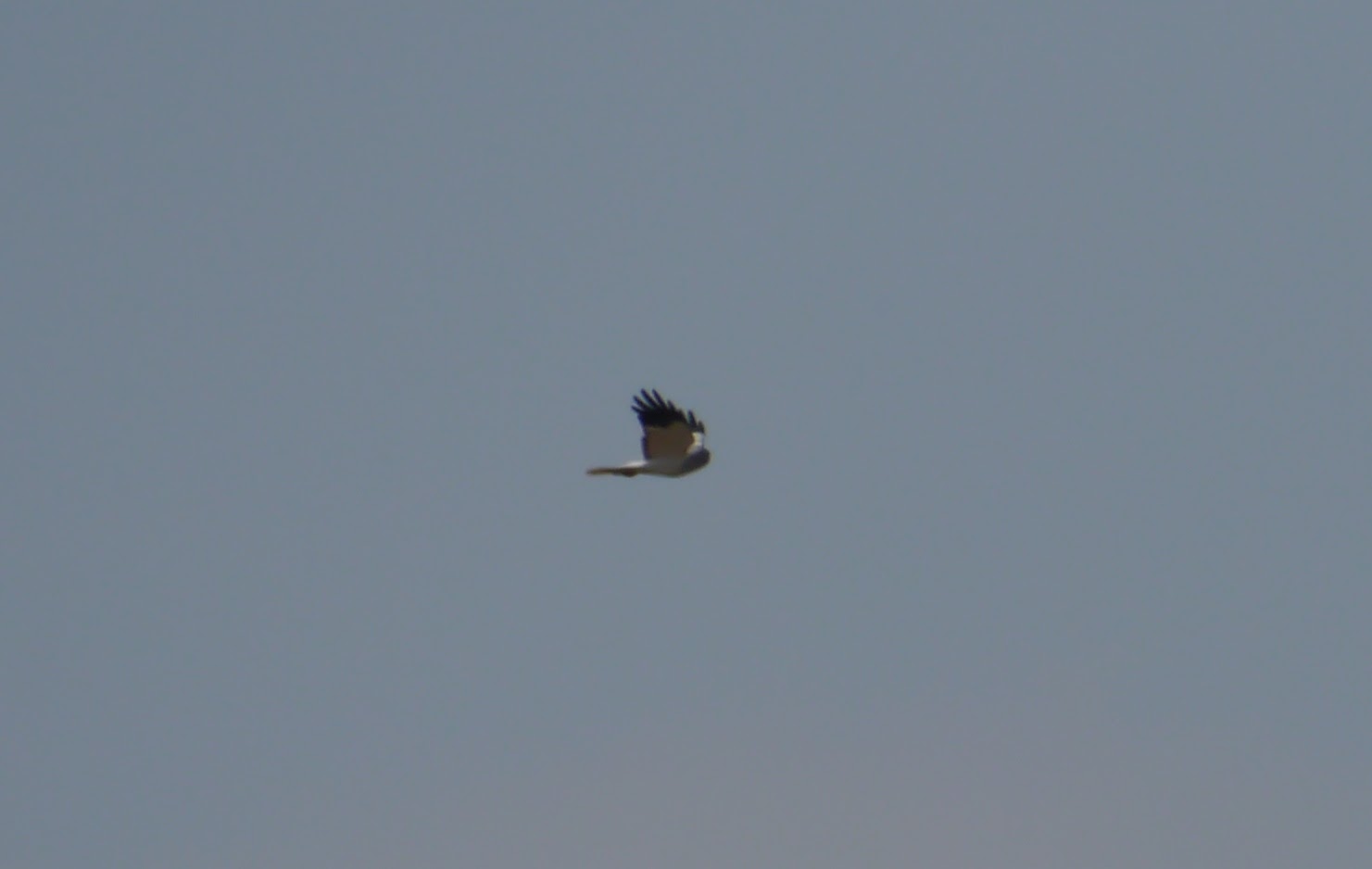 If you want to know more about Hen Harriers and why they need our help, then watch this fantastic video that has been made for the RSPB Skydancer project, and then of course vote for the Hen Harrier in the National Bird Vote (we can't let our National bird go extinct now can we).


After those marvelous displays from the Hen Harrier we moved on further around the moorland, and got a great view of a Red Kite circulating over the car and managed to get a couple of pics before that too disappeared over the sloping hills. There were also dozens of Buzzards catching thermals and effortlessly gliding overhead. 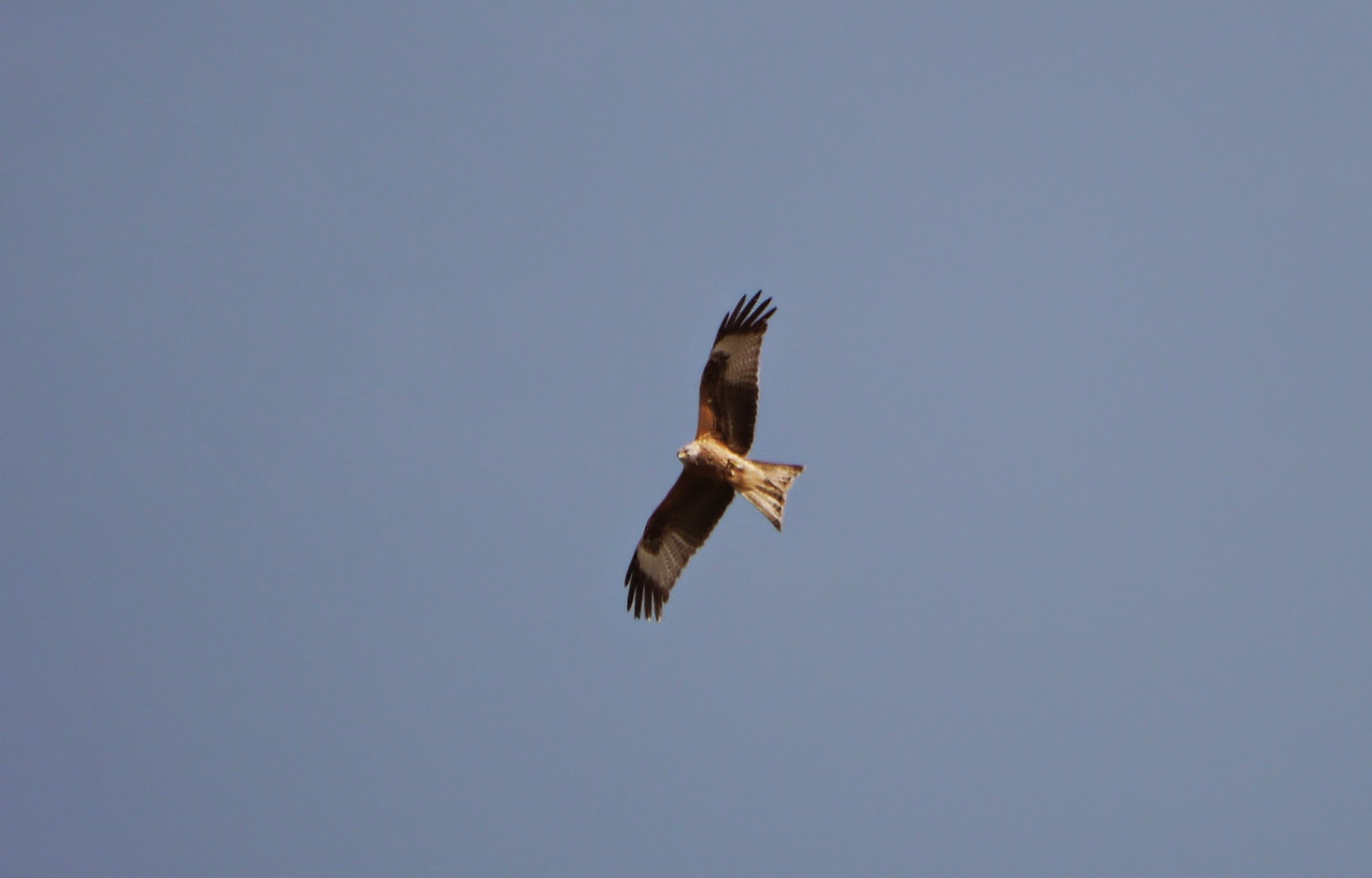 I got a couple of year ticks as well last week, including the Red Kite and also my first Wheatears of the year including this male below. These individual birds were quite skittish, however I managed to gather a few pictures before they took flight to the other side of the road. 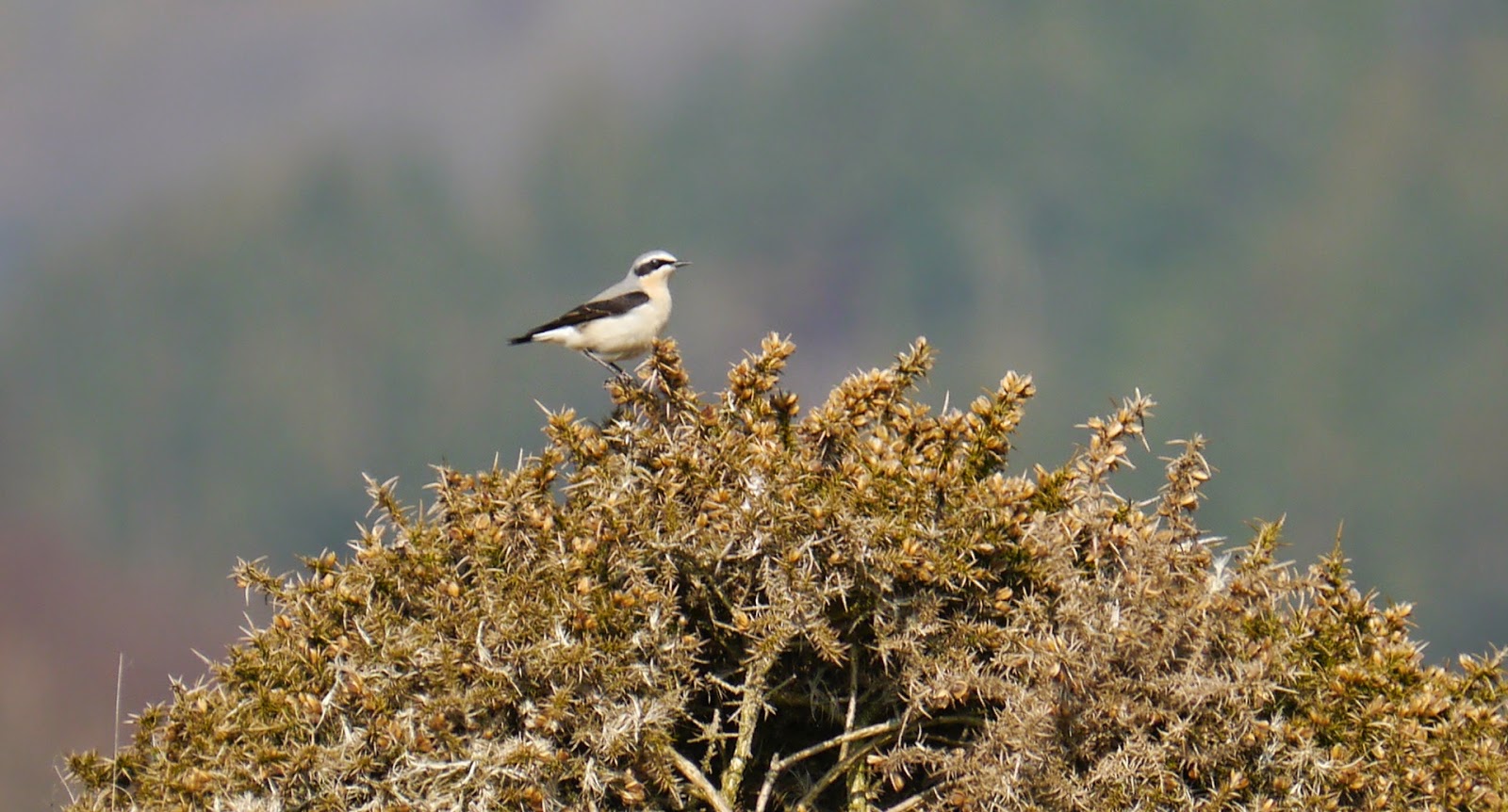 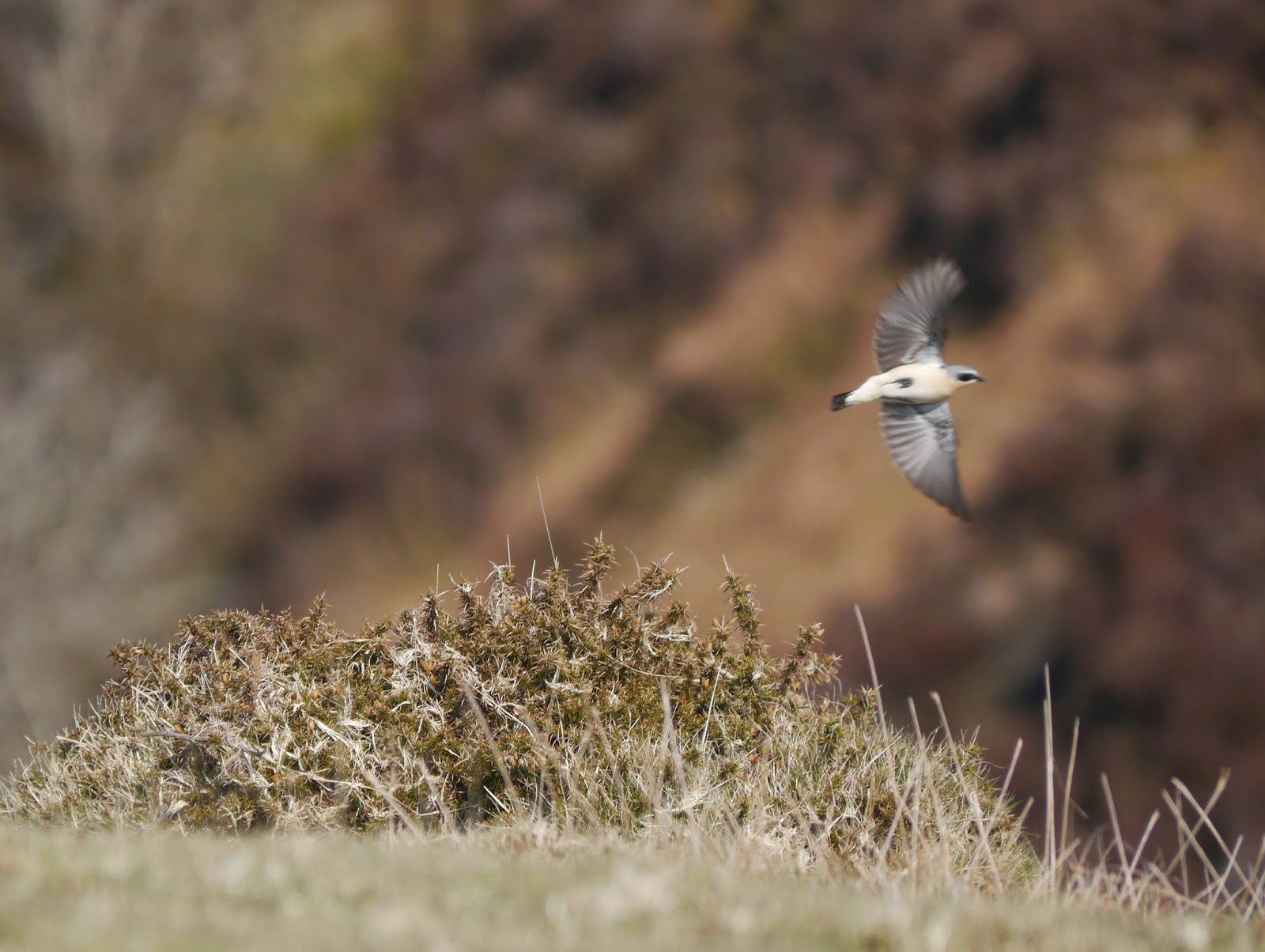 Overall on that visit we managed to see 4 species of raptor including: Hen Harrier, Merlin, Buzzard, and Kestrel, it was a brilliant first week at my grandma's and to be honest I just spent all my time walking in the woods and along the tracks to see what local species I could get. I only found one nest  which was a Song Thrush nest, in a hole of a tree, which makes it extremely difficult to monitor, however I have seen it going in and out.

Heading back there next week for round 2 with those pesky lotties though.
Posted by Findlay Wilde at 09:49