A Hen Harrier at Beacon Fell?

Last weekend was the time when Harry (my Hen Harrier), left his Winter roost at RSPB Burton Mere Wetlands to spend the summer up at Beacon Fell. But before I talk about his migration, I have to thank Dan Trotman and all the staff at RSBP Burton Mere for their fantastic co-operation and of course kindness in having Harry for the Winter. 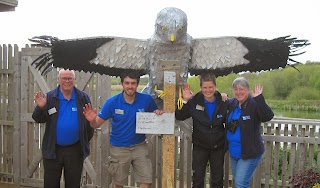 Whilst at Burton Mere, Harry created lots of awareness for hen harriers. He gave people a reason to talk about hen harriers and how some of his species like Sky and Hope have been persecuted. Thanks to Harry, even more people are now aware of this illegal crime.

Every week I had been getting selfies of families and birdwatchers with Harry the Hen Harrier on Twitter. And it has just been brilliant for spreading the message of raptor persecution, particularly hen harriers. I think he will be missed at Burton Mere, but it is time to head to the Summer breeding grounds.

Now linked in with Harry moving for the summer, actual hen harriers have been on the move and most of them have arrived at their vunerable breeding grounds. I saw my last Winter roosting harriers on my last session of RSPB volunteering on the Dee Estuary at Parkgate. 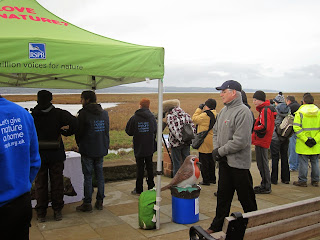 Before Harry's migration to Beacon Fell me and my dad gave him a bit of a make-over so he looked good for those ring-tails! A really big thank you to our local farmer Royston who let us use one of his barns to do the work in. 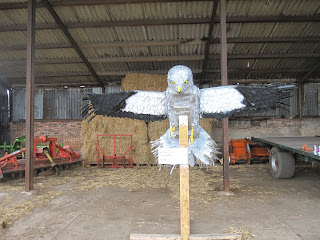 The drive up to Beacon Fell was horrendous as it poured down during the whole journey; however we did manage to spot some roe deer, a brown hare, nesting lapwing and a curlew. 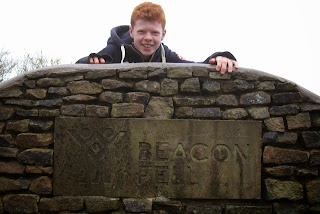 We arrived just before opening time, so it was time to get Harry set up and ready to introduce to the Beacon Fell team. 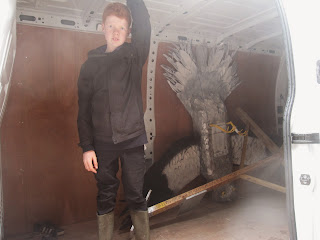 Sky dance practice in the van!

We were meeting up with a guy called Nick Haigh who looks after Beacon Fell.  It was great to talk to him and to have a look at all the brilliant educational stuff they have going on there. 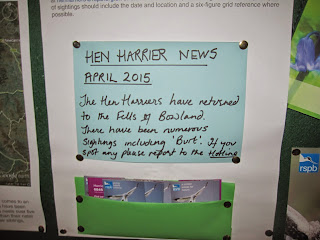 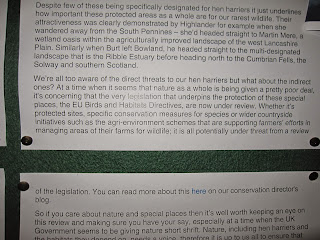 We got Harry set up in amongst all the education boards at the visitor centre just in time, as over the next few months there will be daily visits from large school groups who will learn all about the importance of protecting out raptors. So hopefully there will be a future generation to protect the hen harriers and other persecuted wildlife. 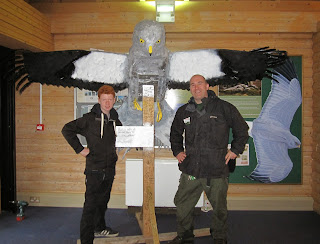 Beacon Fell are doing brilliant work for the hen harrier in raising awareness, particularly aimed at children, they even have a junior volunteering group from five to thirteen year olds who are doing hands on stuff out in the field. Beacon Fell is a perfect Summer home for Harry, and I hope he will have a great Summer raising awareness. Hopefully I will have more Harry selfies popping up on Twitter very soon. 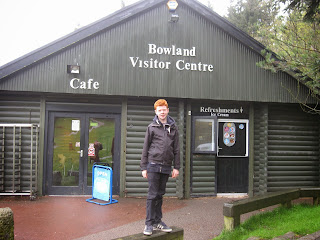 Addition: Sadly, as I post this blog, another 3 of our hen harriers have gone missing from the area around Harry's new home and we have a government re-elected who do not have wildlife high on their list of priorities. This worries me so much.

It's time to work even harder, even longer, even louder and give wildlife the voice it needs.
Posted by Findlay Wilde at 19:42