A "Swift" Visit to Frodsham Marsh

On Saturday my Grandma was coming over from North Wales, so we decided to show her around one of my favorite birding sites, Frodsham Marsh (she used to live in Frodsham). We arrived on the track along side No.6 tank opposite No.5 tank, where we were greeted by a very heavy burst of rain which lasted a few minutes before finally easing off. We noticed a couple of lone scopes of the embankment overlooking the tank and soon realised that my good friend Bill Morton and Alan Chambers were sheltering in the bushes from the torrential rain that had just passed.  They hadn't found much shelter though, as they were soaked!

High tide was midday. Now that the water level in No.6 tank has decreased a bit, we were hoping for some good wader action, as the high tide pushes the birds off the Mersey estuary. As soon as I set up my scope, I immediately got on to 2 stunning summer plumaged Curlew Sandpipers with a mixed Dunlin and Ringed Plover flock. 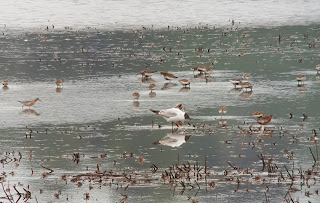 They must have just dropped in as neither Bill nor Alan had picked them out earlier.  According to the BTO Bird Atlas, Curlew Sandpiper are most frequently reported while on autumn passage in July - October and are scarce in Spring, so it was fantastic to see them.

The heavy rain brought a few migrants down with it, as literally hundreds of swifts circled our heads as we were observing the tank. 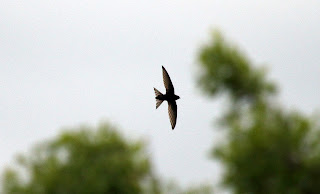 A spectacular sight; infact you could stand less than a meter away from a buzzing swarm of mosquitoes and the swifts would feed practically above our heads.  You could literally feel the air move as the swooshed past.

We continued to scan the rest of the waders roosting on the tank, however sadly they didn't stay long due to an unexpected raptor flushing pretty much everything off the tank and into the air. This raptor was a stunning Short Eared Owl, quite a late bird for mid May. We only got brief views as it flew across the tank and was lost to view due to the tree cover, scattering the small flocks of waders. Thankfully my Grandma got to see this amazing raptor as well, whilst she was watching 3 Avocets and a Lapwing which were keeping her entertained. 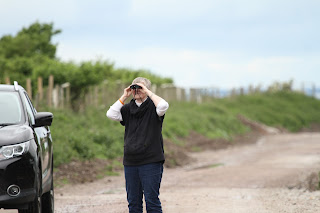 It was a while since I'd been to Frodsham Marsh and it was amazing to see how far the wind farm has come. 3 turbines were already up and the parts that make up a full turbine were already in place for some of the others. 21 are going up in total. There are of course mixed opinions on the turbines; that balance between the long term tackling of climate change and the immediate impact on the local eco-system.
...........................................

After such a great visit yesterday, I went back again today. The Curlew Sandpipers were still present on No6 Tank and quite a few Swifts were still circling.

The drier weather brought out more of the warblers, with Sedge Warblers being heard most against everything else. 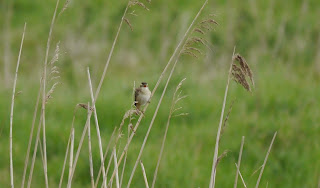 It was also great to see the Lapwing chicks progressing well. 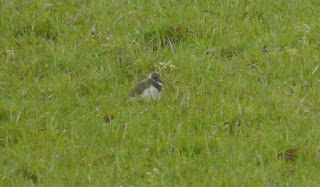 If you've never been to Frodsham Marsh, you really should try and get there.