Grass Snake in the River Weaver

Yesterday I went for a walk down by the River weaver and noticed a lot of Carp had died because of some blue algae that starved them from oxygen shown in this picture here. It was sad to see how many had died. 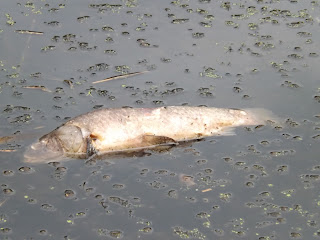 But I was soon cheered up by the pair of Mute Swans we always see. 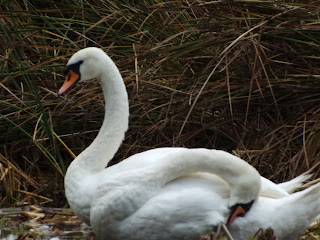 And a busy coot 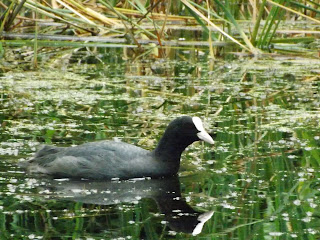 Next to the river there is a small lake which has loads of reed beds which meant there were loads of Reed Warblers, however mum kept on trying to take a picture of them but kept failing. There was a cygnet Mute Swan that was hissing at me even though I was feeding it bread. 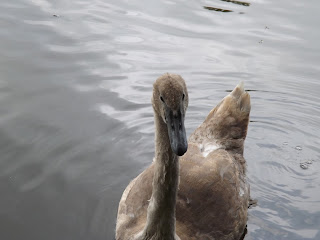 As I continued my walk it started to thunder which made me a little nervous. 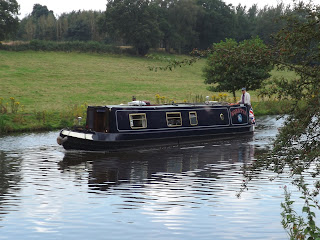 As I was feeding the cygnet, my mum spotted the most amazing thing... A Grass Snake was swimming in the river. Yes the pictures are a bit blured because I was so excited I pressed the wrong button. 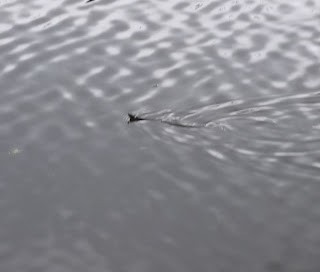 Here is the blurry up close picture.  You can clearly see the yellow spot on the back of it's neck though. 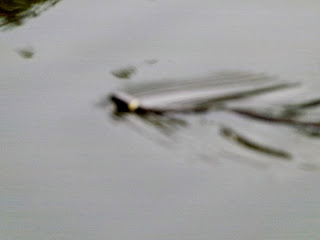 We ended up rambling to the Vale Royal Locks and there were quite a few narrow boats. On the way we saw on amzazing Damsel fly, well 2 infact. I spotted a few Cormorants and a massive feeding party of tits. 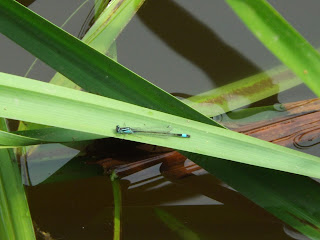 I spoke to one of the rangers and they told me some of their sightings: Hobby, Marsh Tit, Kingfishers...... 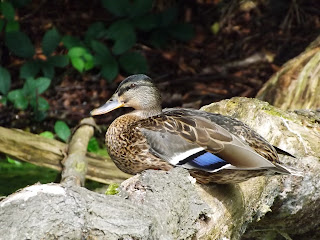 Here is just a random picture of a mallard, I had to take it as the colours on it's wing were so bright. 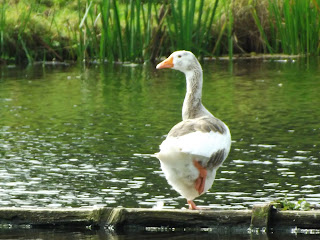 It was quite nice to see the Greylag Goose balancing on one leg. 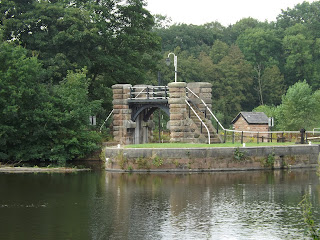 We finally reached the locks after about an hour of walking.  We were much slower today as there were no cows chasing us. 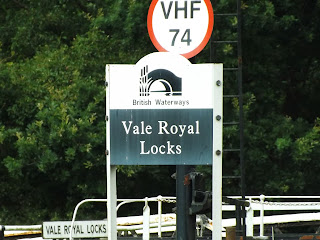 The river was quite high so the water was thundering over the locks. 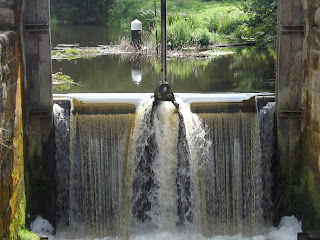 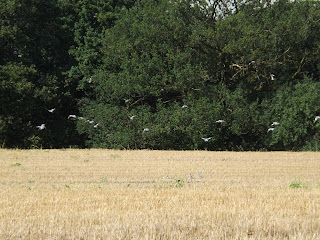 On the way back the Wood pigeons were making the most of the last remaining grains of corn. 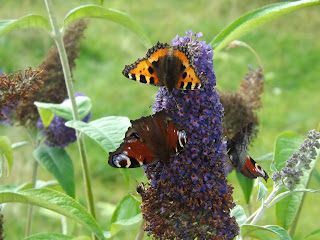 And the butterflies were collecting all the pollen making the most of the last few Budbleia flowers. 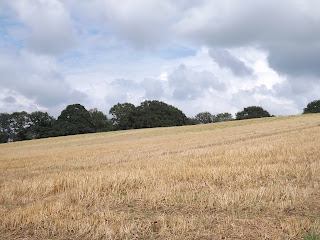 The walk back through the corn fields was quite different to the river side scenery. 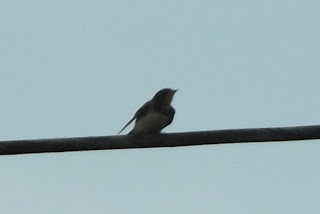 We were finally able to get a picture of a Swallow which was resting on an electric cable. 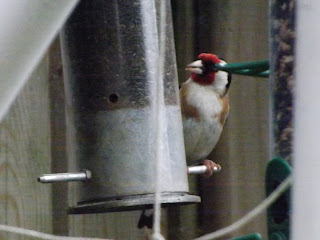 When we got home our Goldfinch family were waiting to greet us. A great end to a great walk.

I am now going to update all the birds I have seen this year on to Chatterbirds.
Posted by Findlay Wilde at 15:40