Today I visited RSPB Conwy to see what was about even though it was a really wet day. The Little Egrets were every where today; there was at least one on every pool. I went on the guided walk and eventually at the last hide met one of my blog followers Phil Gatley who was really helpful and kind. Phil volunteers at RSPB Conwy and has done so for the last 5 years - a great thing to do. 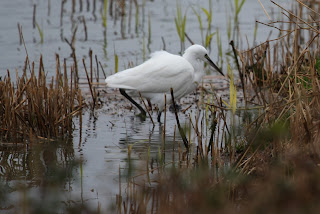 I was about half way through the reserve when I noticed 2 small round birds that were dashing back and to through the brambles, and when I eventually got them through my binoculars I realised they were Fire Crests.   We had seen them earlier in the day on the guided walk, but it was great to spot them again without any help. When I got to the next few hides all there really was was a number of duck species (Pochard, Gadwall, Teal, Tufted Duck) and a few waders (Little Egrets, Curlews, a single Oystercatcher, Lapwing and a Snipe). 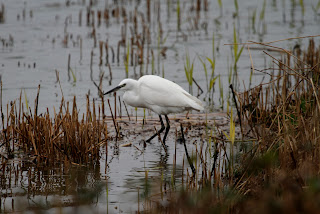 Robins were everywhere as well, and I got rather close to one of them....... 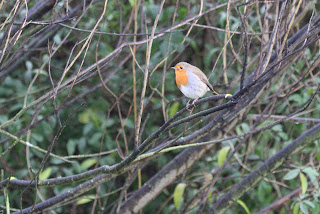 Me and my brother were holding out a little bit of seed for the Robin and after a bit of patience I finally succeeded in getting it to come to my hand and feed off it. 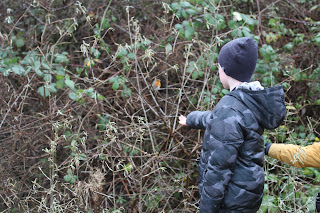 Another bird that was showing quite well were the Red Breasted Mergansers, a member of the Saw Bill family (the one below is a female). As I was walking back with Phil to get some lunch, I noticed a small heron shaped bird flying over the coffee shop; at first I thought it was a juvenile gull but when I looked at it through my binoculars I realised it was a Bittern, it was great to see one actually flying. 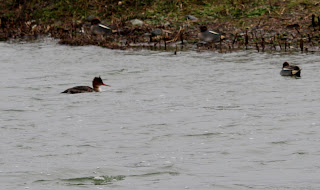 The Estuary beside the reserve didn't have much on it apart from a few wagtails, Red shanks  Curlews, Gulls and Oyster catchers. 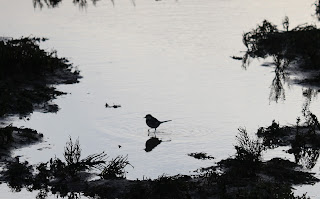 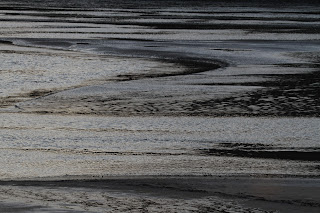 Just one last thing, it was great to see two other young teenagers enjoying the reserve today.