Siberian Chiffchaff - Nothing Ventured Nothing Gained!

Yesterday we were at possibly one of my favorite sites and once again it did not disappoint. It was a later start than usual as we were supposed to be there at quarter past seven. We were also doing some more coppicing and habitat management.The day started off slow, however with patience anything can happen...

As we approached the one of the nets we saw something which looked like a Redpoll in the bottom pocket, however as we drew closer we realised what we thought was a Redpoll was actually a Chiffchaff but until we got right up along side it we once again realised it wasn't a local Chiffchaff it was actually a Siberian Chiffchaff, a rarer and much paler race to the common one you would expect to see in your garden or anywhere else like that. 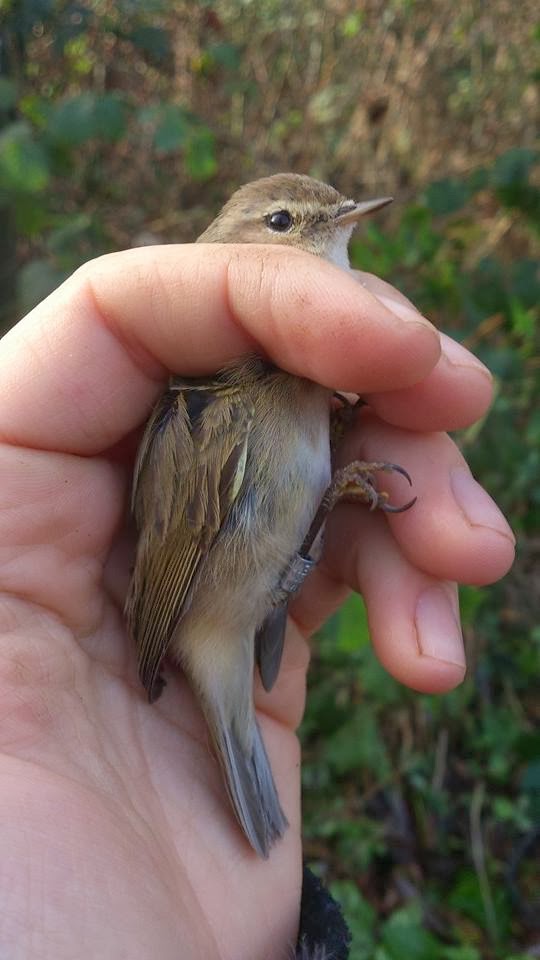 As we moved on from taking that from the net Peter went on to take out some more birds further down the line; whilst I was watching Peter taking a Blue Tit out I saw the net flick and as I turned round to see what it was I found it was another Chiffchaff however this time it was the common one. 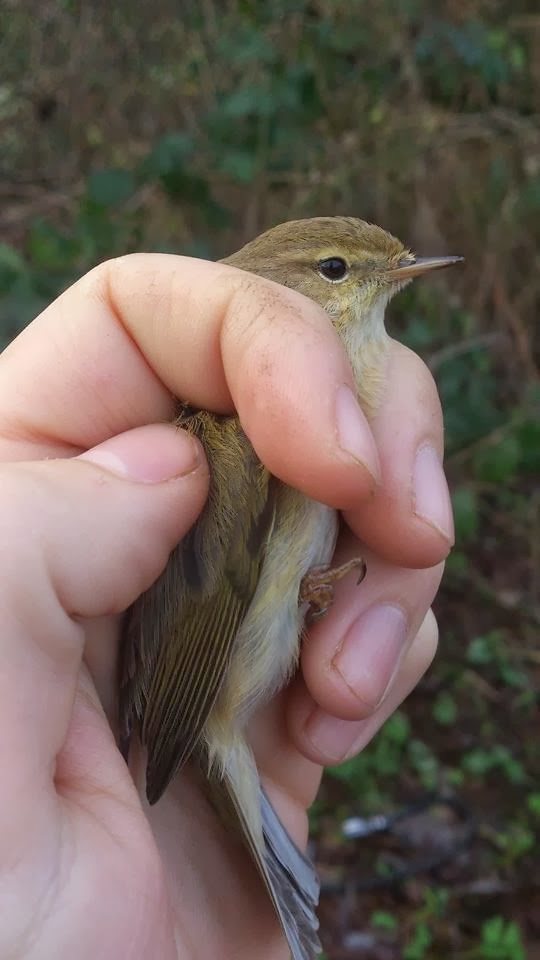 What an opportunity this was to study the differences between these two birds up close. The paler Siberian Chiffchaff is the bird on the left looking at the pictures. 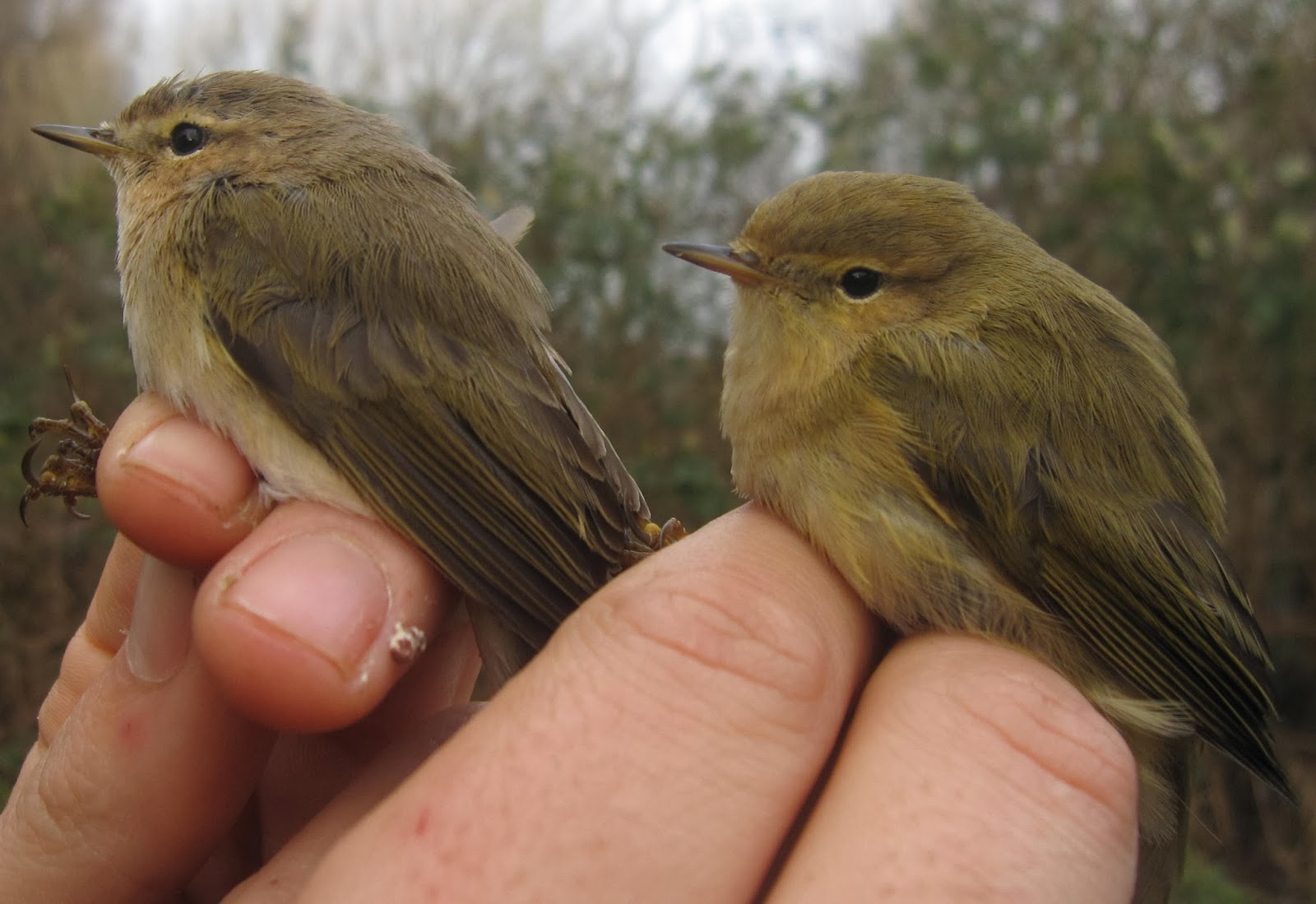 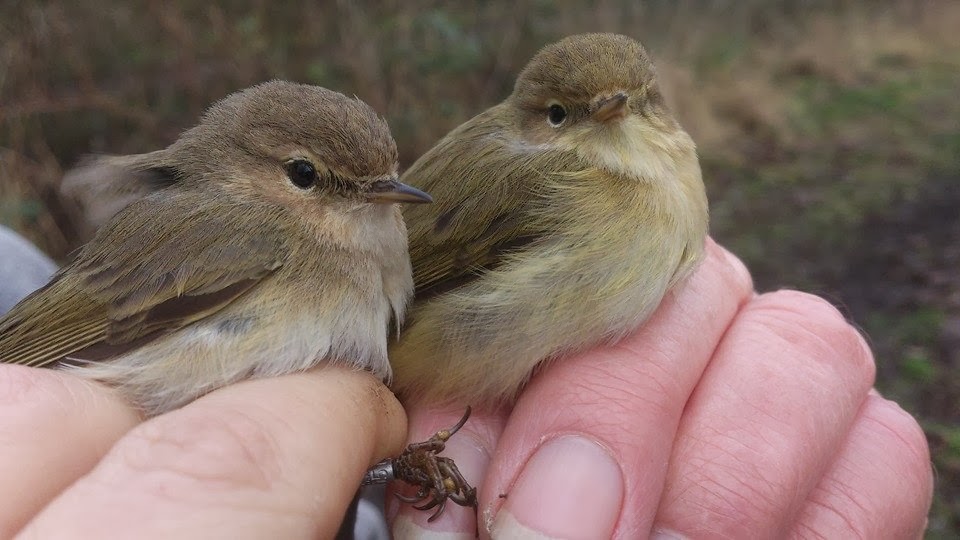 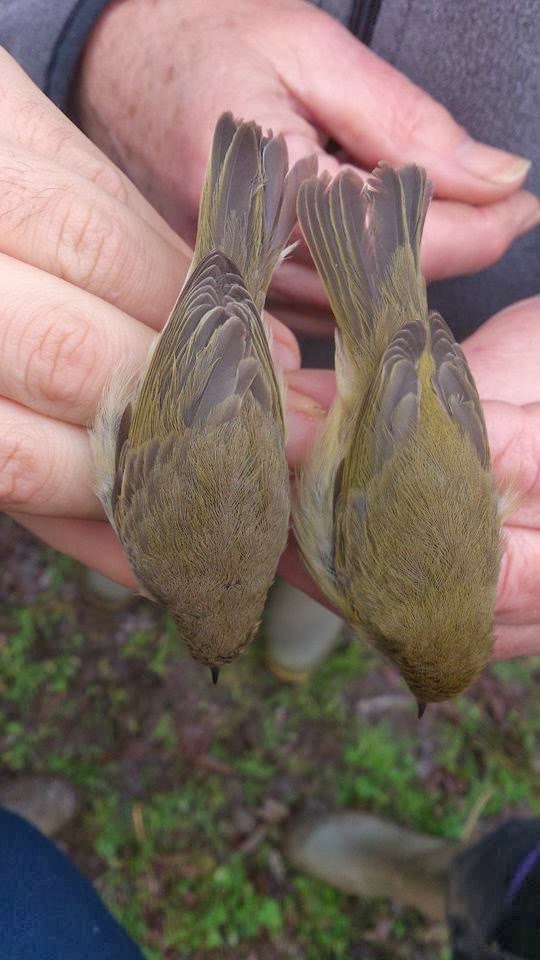 In the photo above the Siberian Chiffchaff is on the left. See how much greener our more usual Chiffchaff is.


When we approach the nets we pass a small ditch like thing and in this particular session every time we passed a female Kingfisher was sitting on a stick across the water. We had a net set up by the ditch which turned out to be successful; just look at the stunning shades of blue on her back and across the wing. 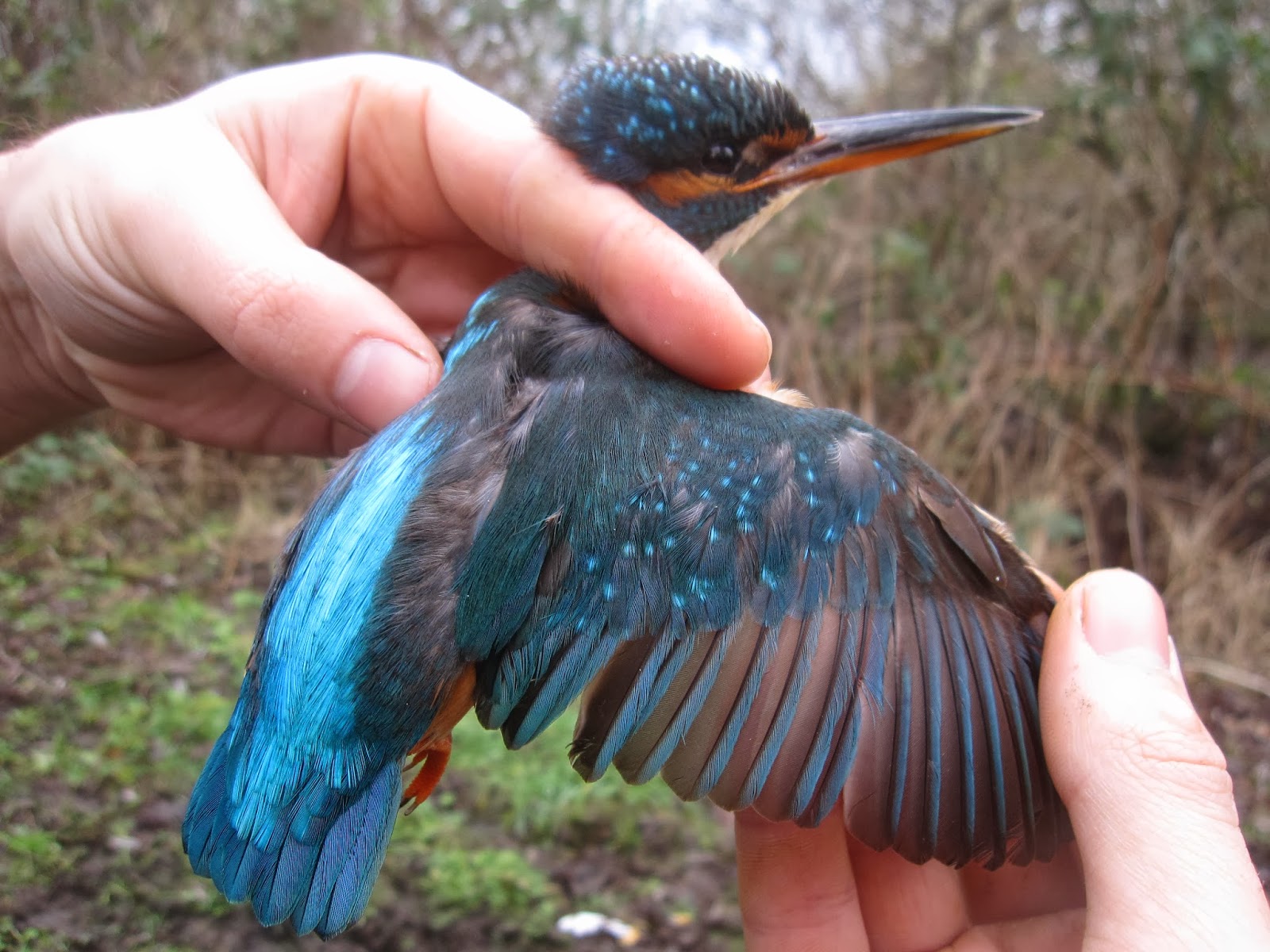 It turned out that this bird was the same bird we caught a couple of weeks ago and it was great to see it again. It had obviously been feeding well around the brackish waters it was a heavy bird weighing over 41 grams. 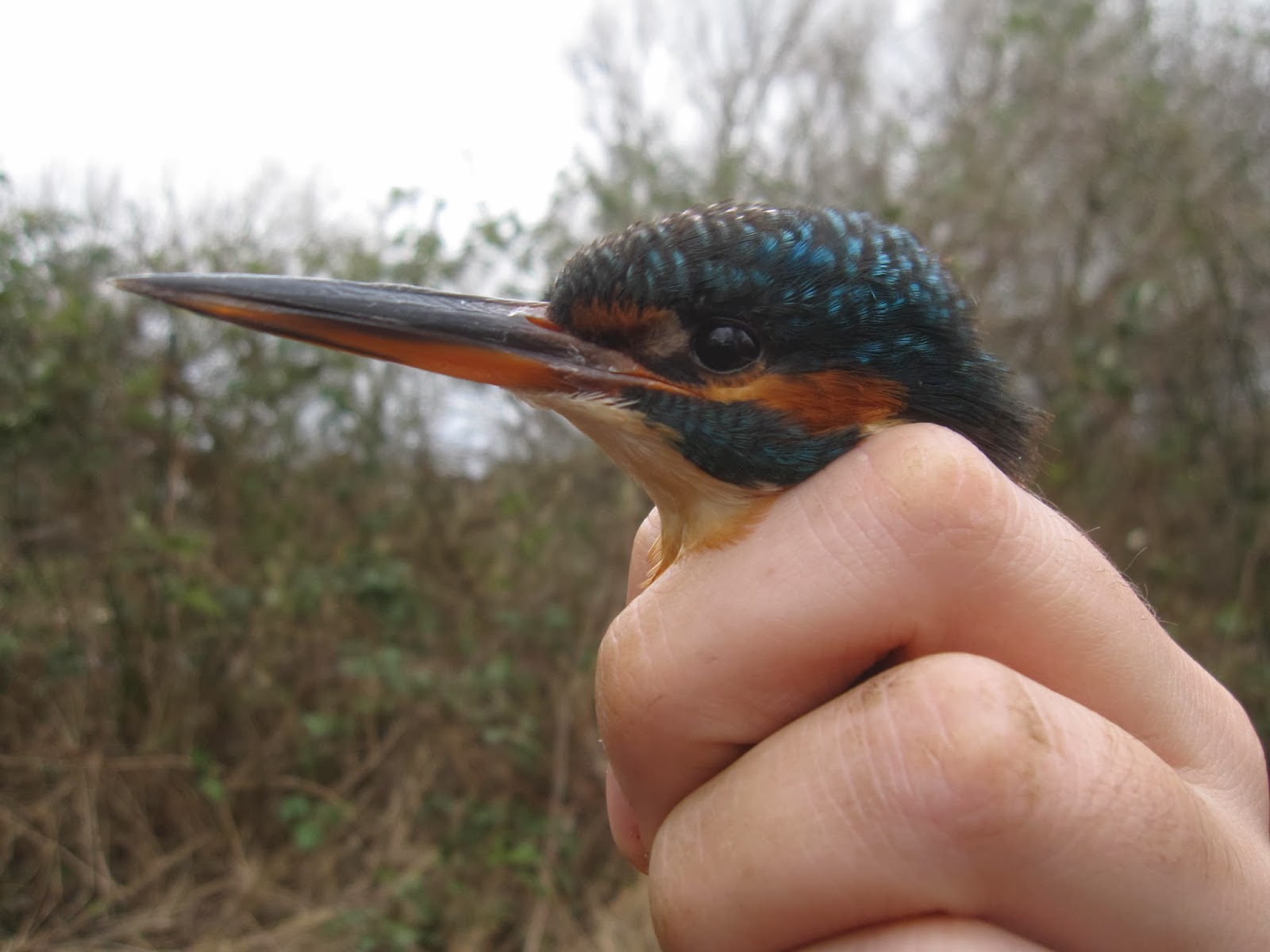 What an end to a perfect day.

And finally, Danny I hope your practical exam went okay.
Posted by Findlay Wilde at 11:24