Today ringing was cancelled due to the wind, so me and my dad decided to take a trip to the feeding station like we do every weekend and in the week as well. All this sunny weather must be bringing the migratory birds in, because after about an hour or two bird watching in the wood me and my dad had seen about eight individual Chiffchaffs, four of which were singing in full song. 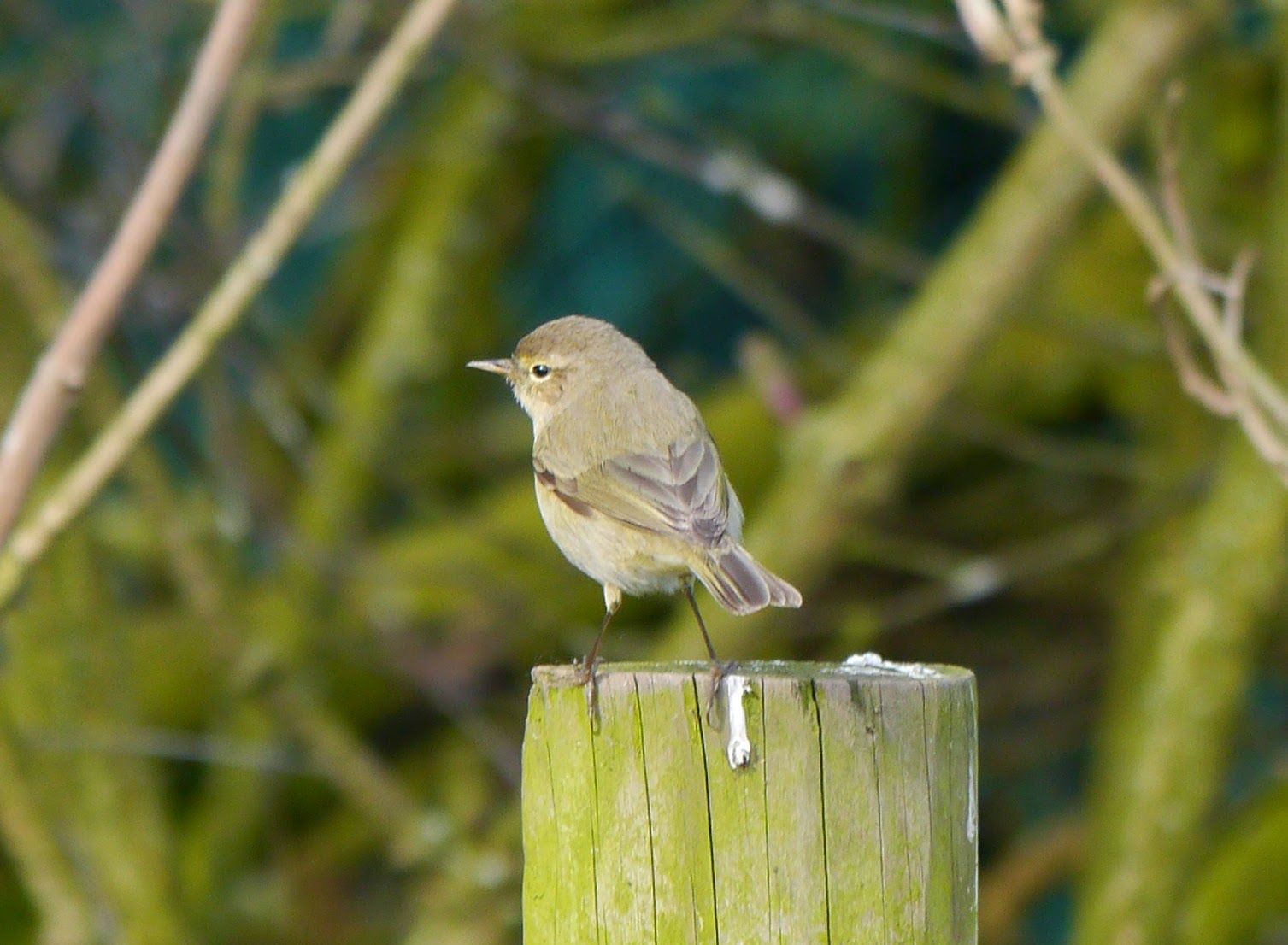 This one was showing really well, so I was able to get some great pictures. It wasn't singing, but there was a second one a couple of yards away singing in full voice. 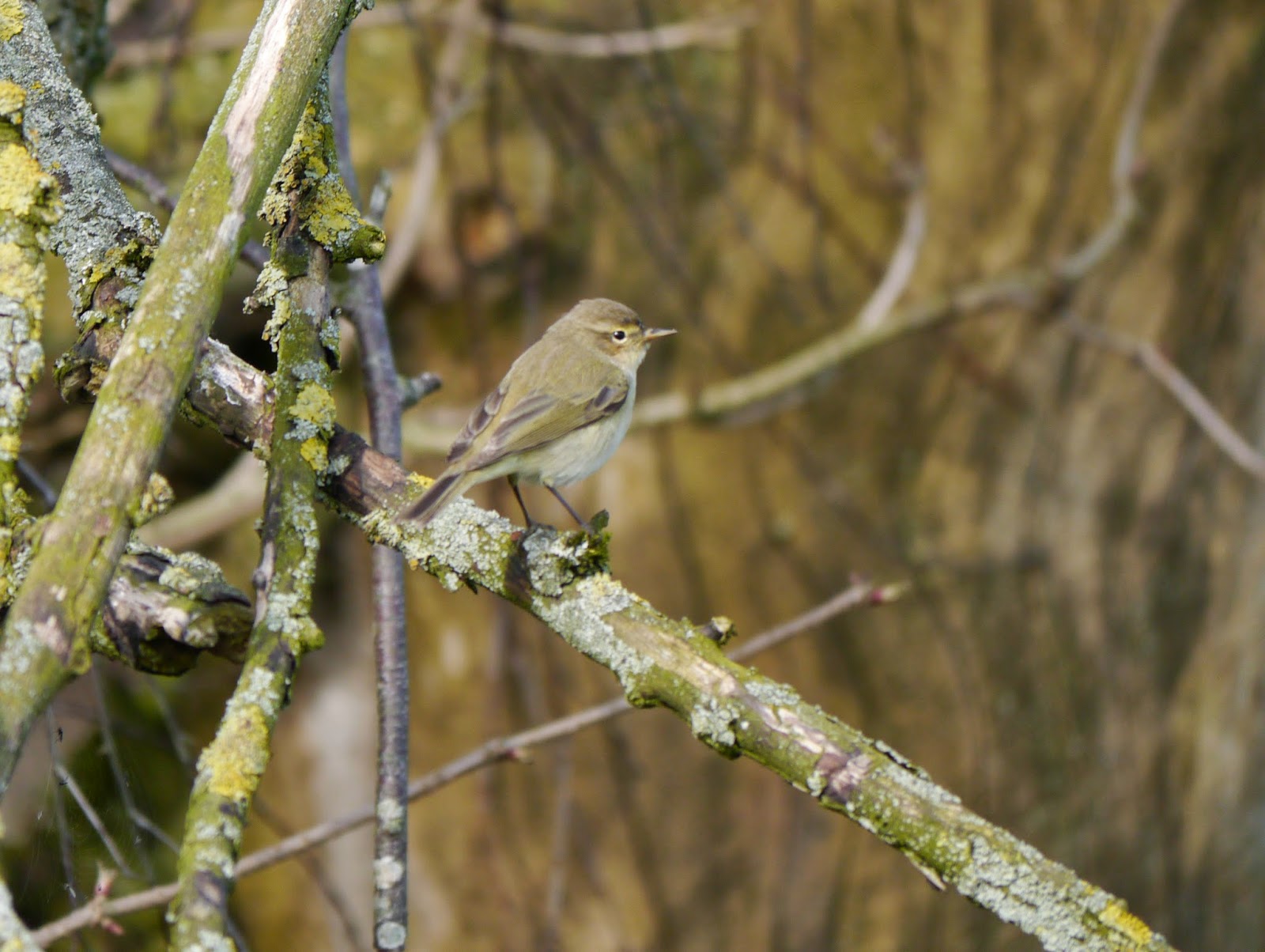 The Pied Wagtails were also showing well coming rather close to us. There were four or five, so I suggest some of the young from last year were with the adult parents. 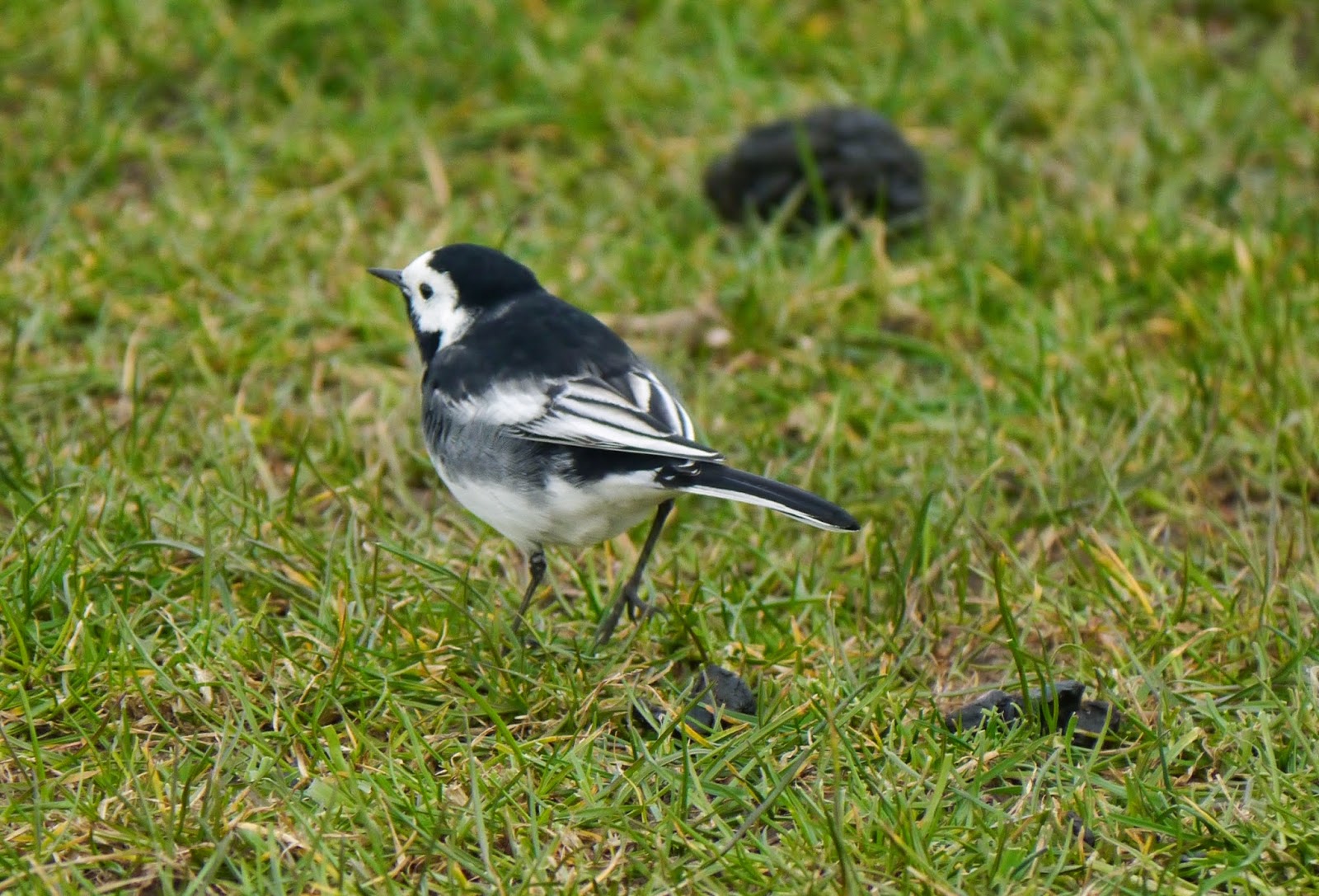 When we finally got inside the wood, all the feeders were alive with birds, including Nuthatch, Blue Tit, Great Tit, Coal Tit, Long Tailed Tit, Great Spotted Woodpecker, Chaffinch, Robin, Blackbird and even a Jay came down to the feeders. The Treecreeper were back and snooping around near the feeders; hopefully looking to nest (lets hope this year they're successful). 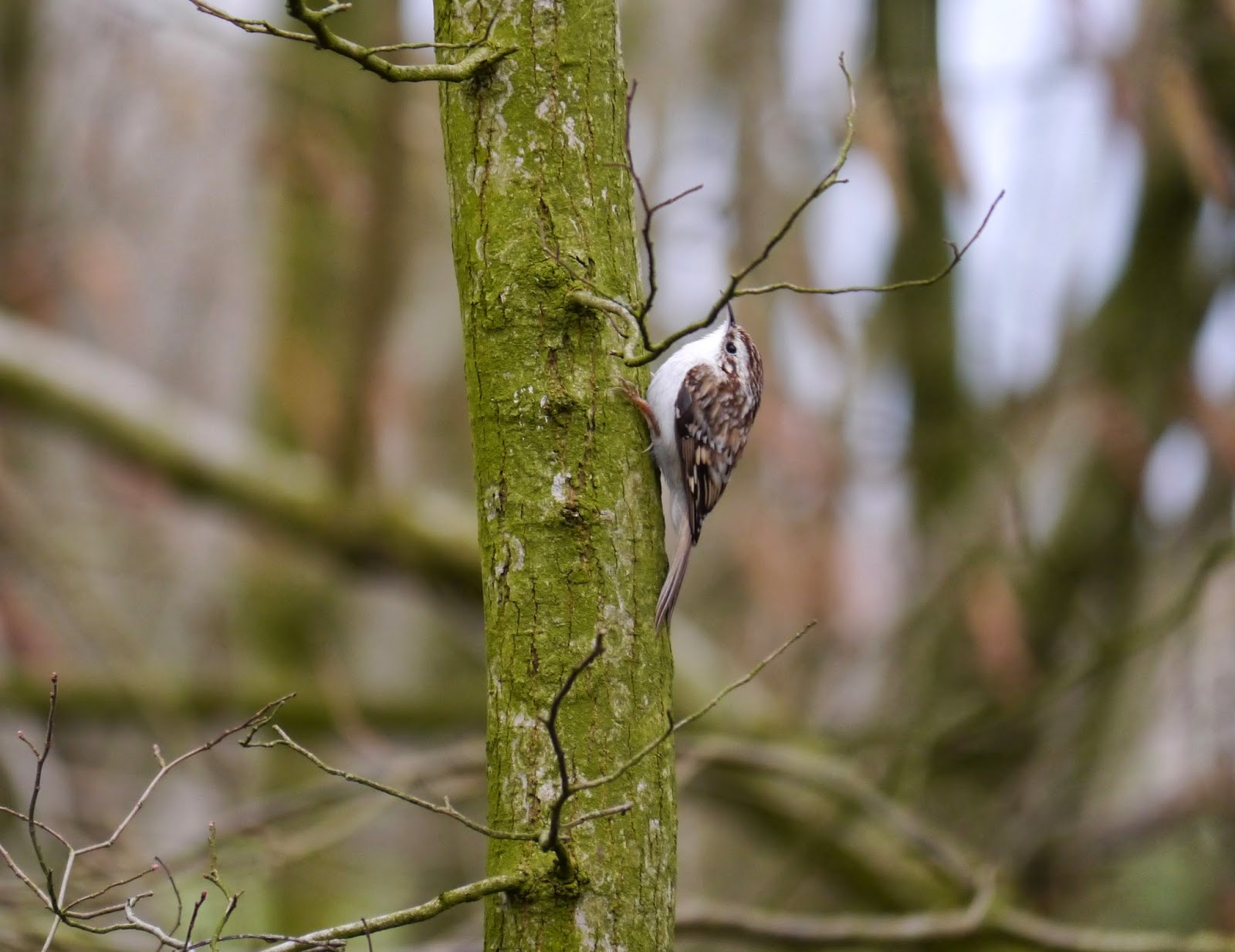 If you remember me doing that blog on how hard we worked on making and putting those nest boxes up, with some of them so far this year that hard work has payed off. As you can see in this Nuthatch box a Blue Tit (not that clear)  in busy lining the whole edge of the box. 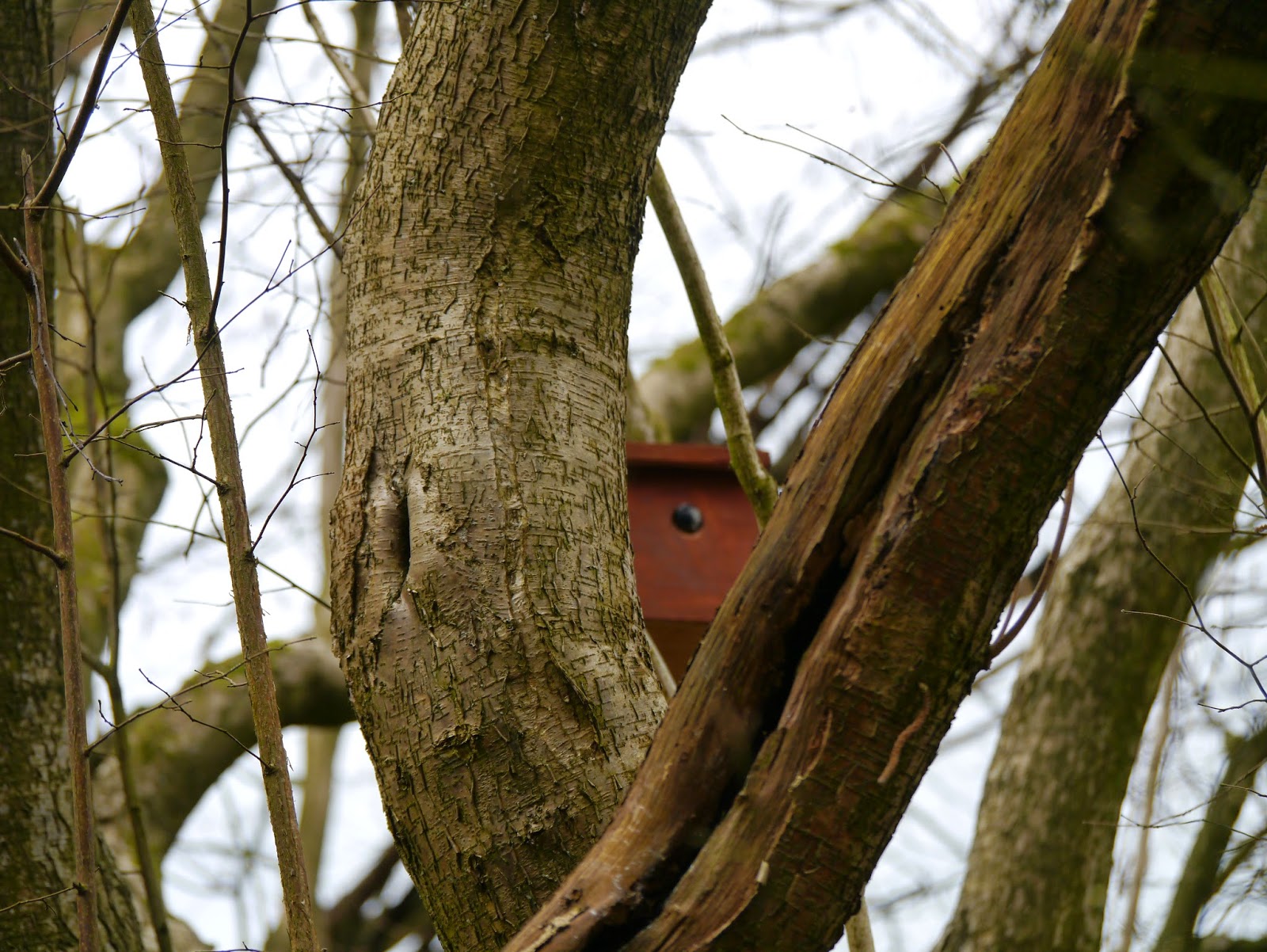 After lunch I set off to the Feeding Station again, this time with my mum. The usual  birds were feeding with an unexpected visitor, a male Siskin. They are one of my favorite finch and always make me smile. 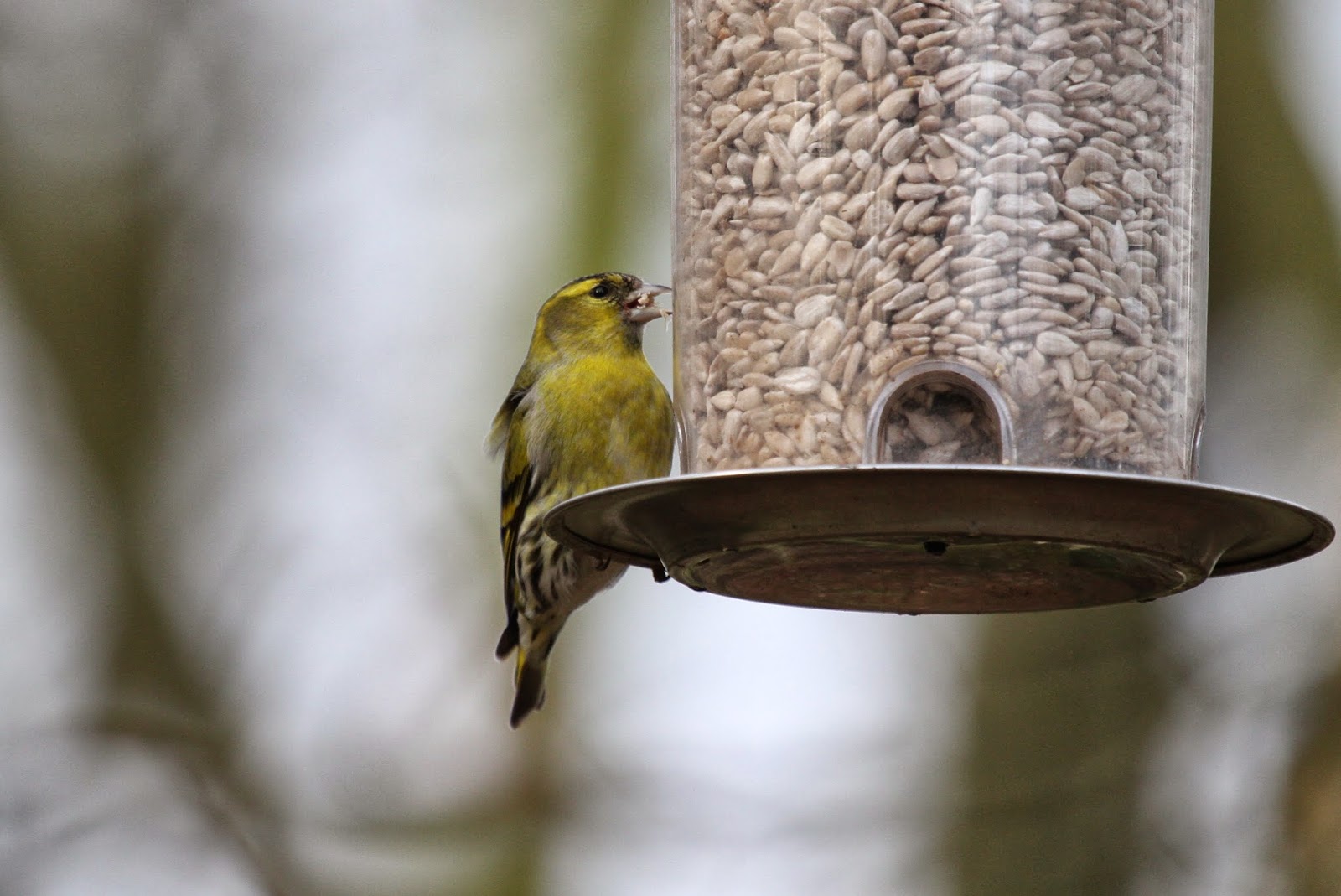 We get plenty of Rabbits in the wood and as I went to check the nest boxes at the old feeding station (the one that got vandalised) I was greeted with half a rabbit. I suggest due to it being hung over a branch, it's been dropped by a Buzzard or possibly left by a fox as the branch was quite low to the ground. 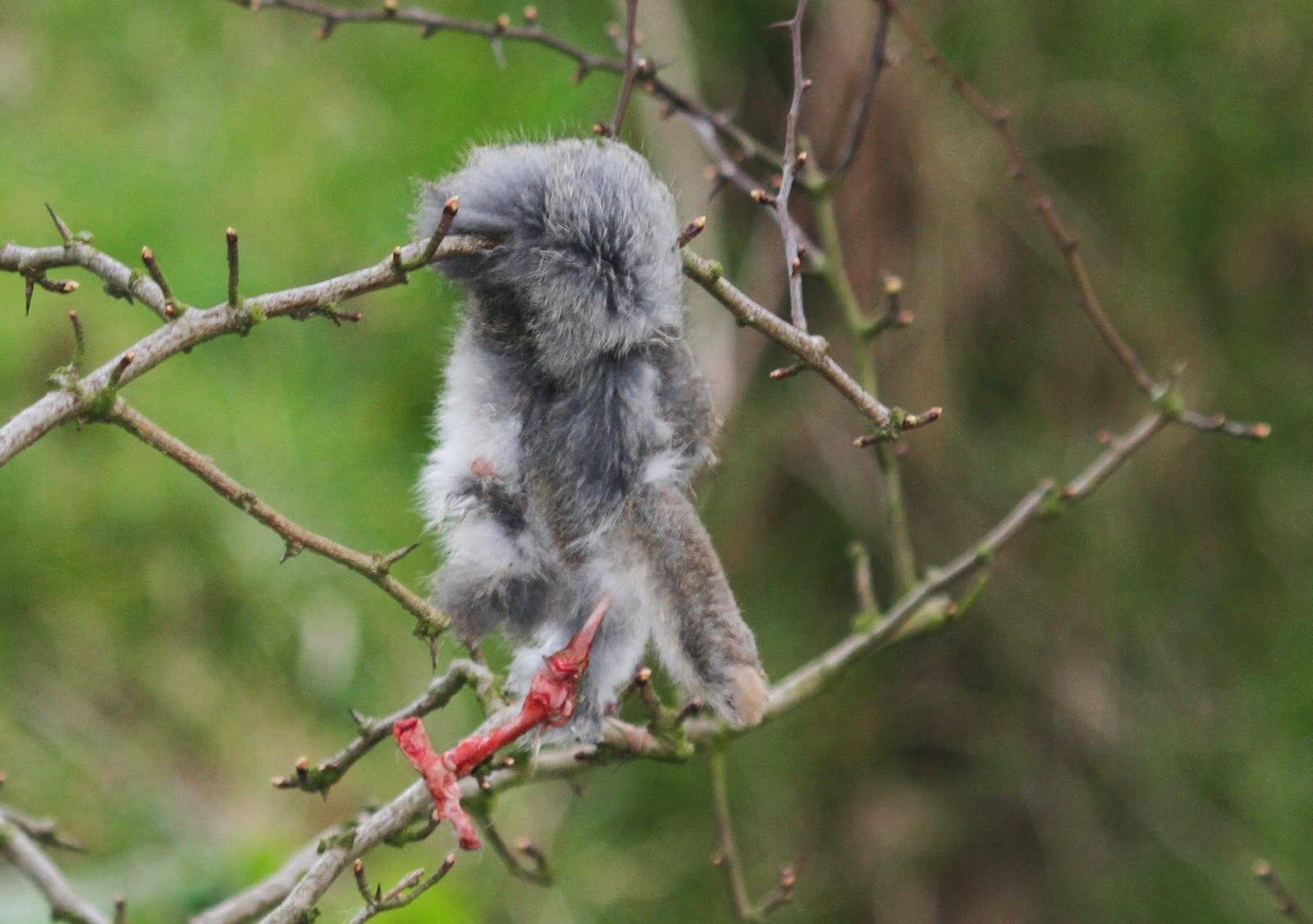 As Sunday kicked in, I found ringing was canceled again due to the wind, so as a family we all went to the feeding Station again. There were lots of tits and plenty of finches including more Siskins!!! Due to seeing a Siskin on the feeders yesterday we decided to go and put two new nyger seed  feeders up. They definitely succeeded as when I arrived today there were at least 6 of them all feeding together (not in the picture below, that's a mix of the tits). 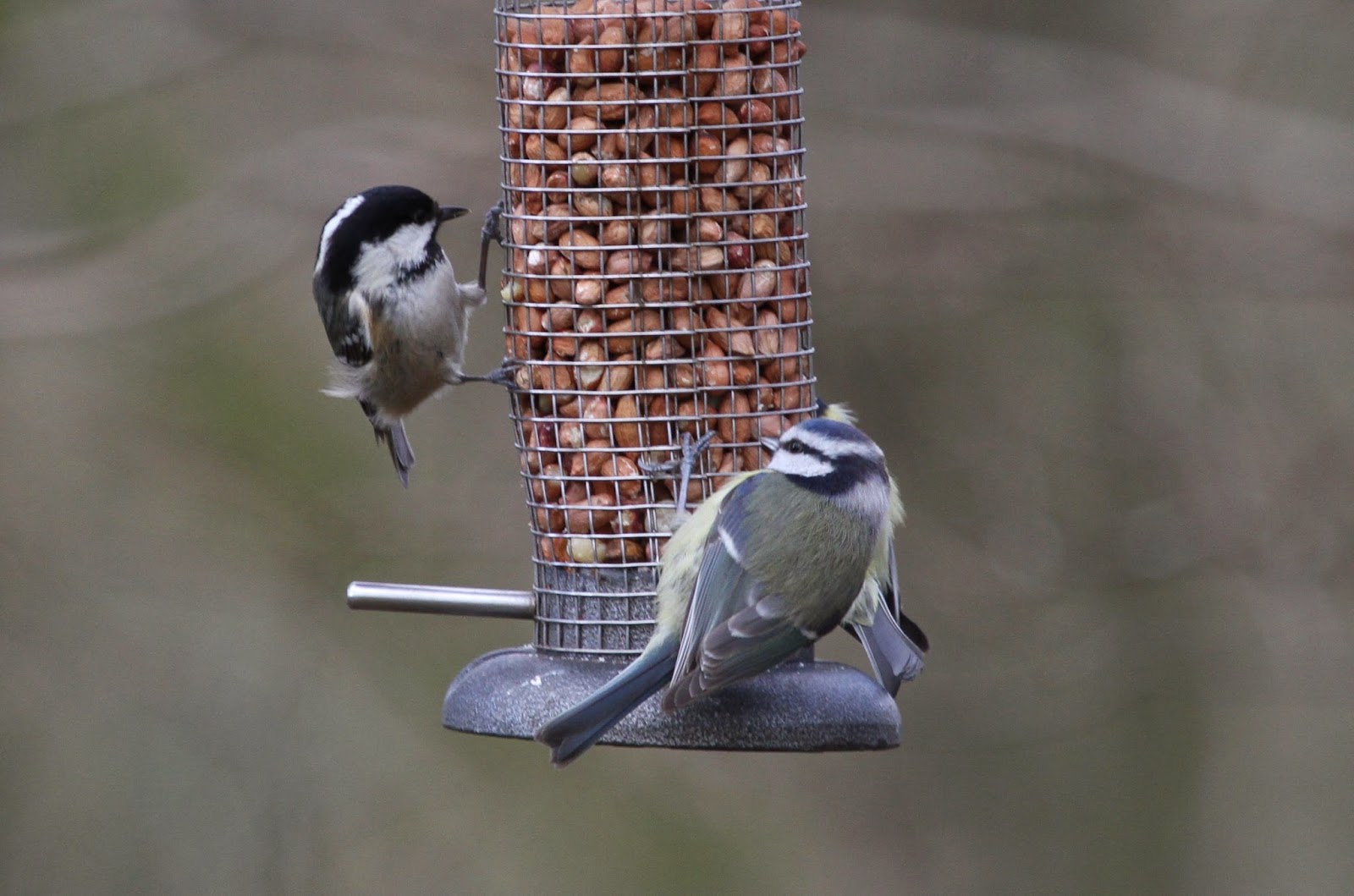 Tits and finches weren't the only bird around today, two male woodpeckers kept on scrapping. I suggest it's the juvenile from last year and it's parent. There was also a female about as I saw it on the feeders, lets hope it's attracted to the male's drumming. 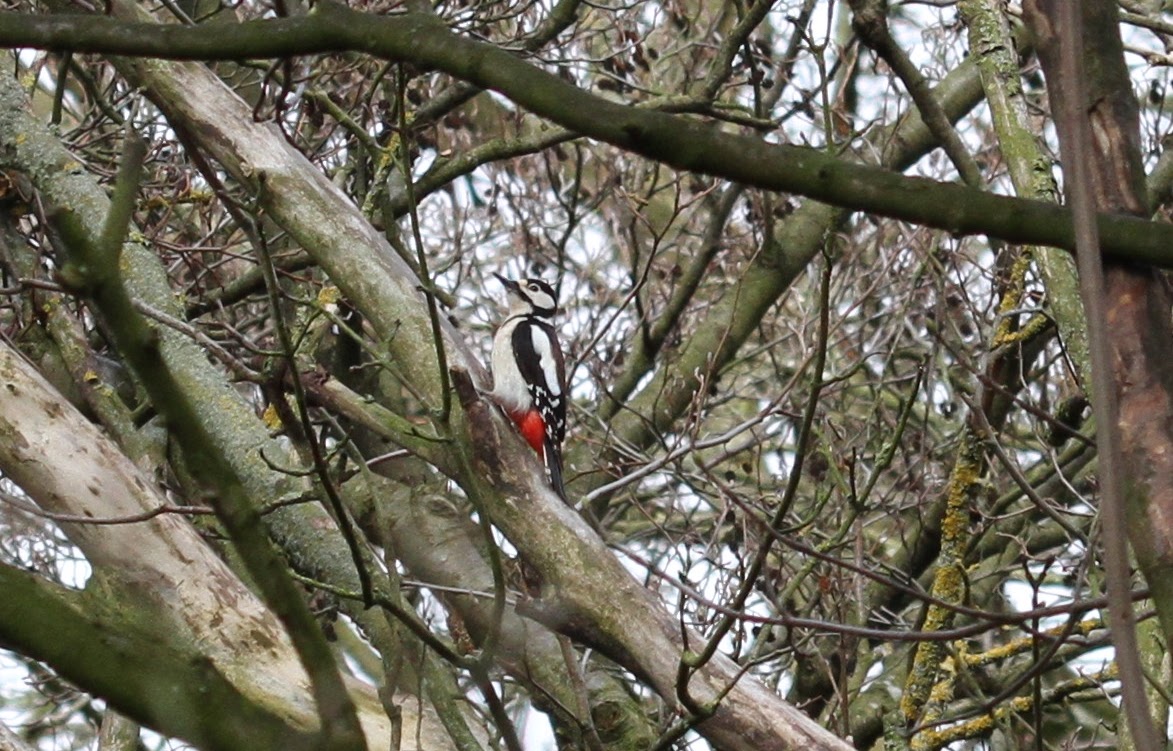 Due to us having some dry weather I set the moth trap up last night. because it is still quite cool we only caught 3 moths, nevertheless I still caught a moth that only comes out in March called and Early Grey (in the picture below). 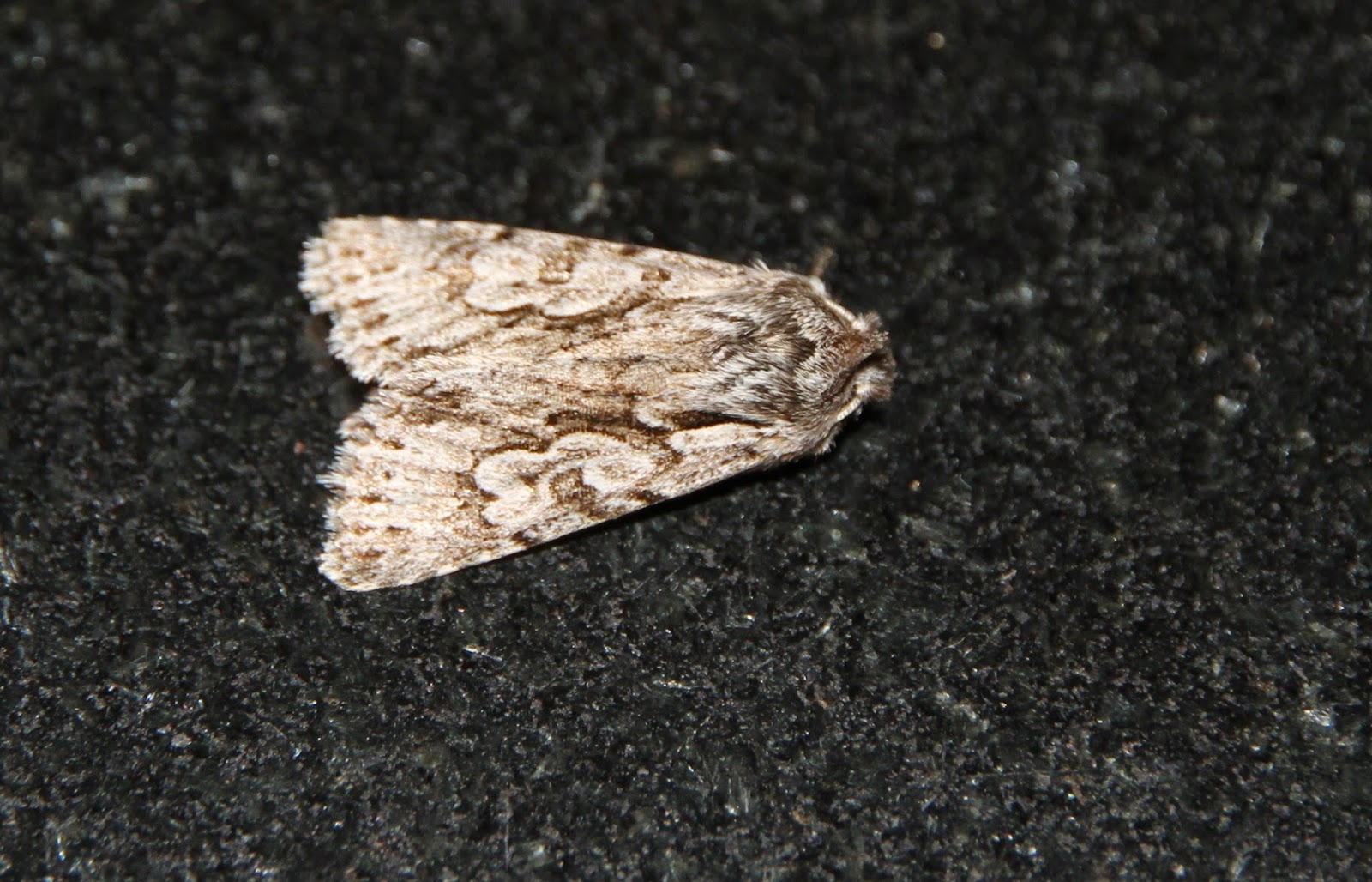 The second and third moth we caught is called a Common Quaker, which I have caught before but always like seeing. 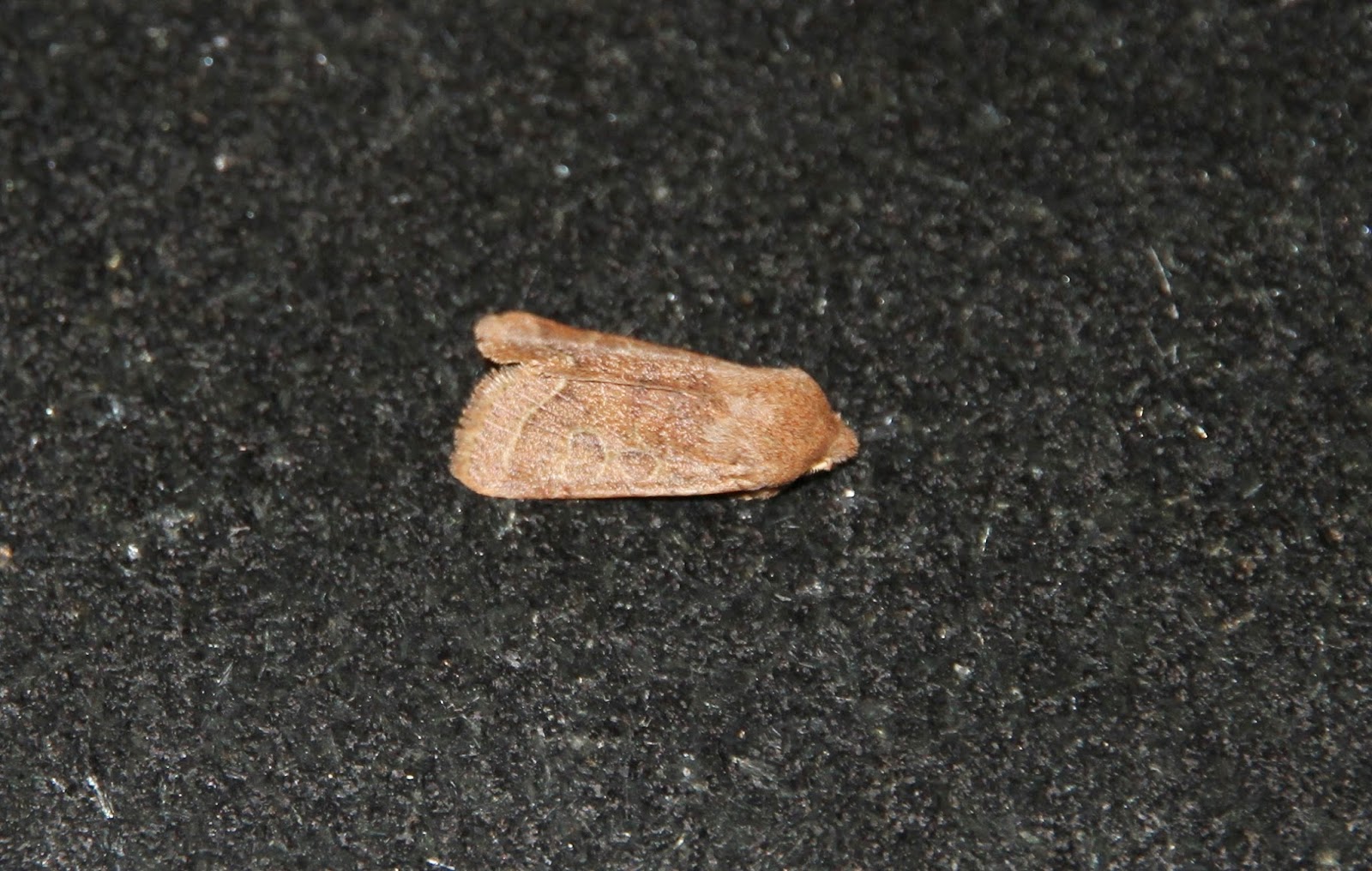 What a brilliant nature filled weekend. I hope you all had just as much fun. Although I am not sure mum enjoyed the "adventure route" I took her on out of the woods!!!!