Over the last few weeks I have been spending a bit more time at my old feeding station in the woods. I cleared out the old nesting material from last years nest box (we put up 3 last year and all were occupied by Great Tits or Blue Tits ) we also checked to see if they had been damaged by the horrific wind which some of them had, which gave me the idea to make some new ones. So yesterday on Saturday, me and my dad gathered some materials and equipment to create some new nest boxes, it took a lot of hard work but it was definitely worth it by the standards of the boxes. 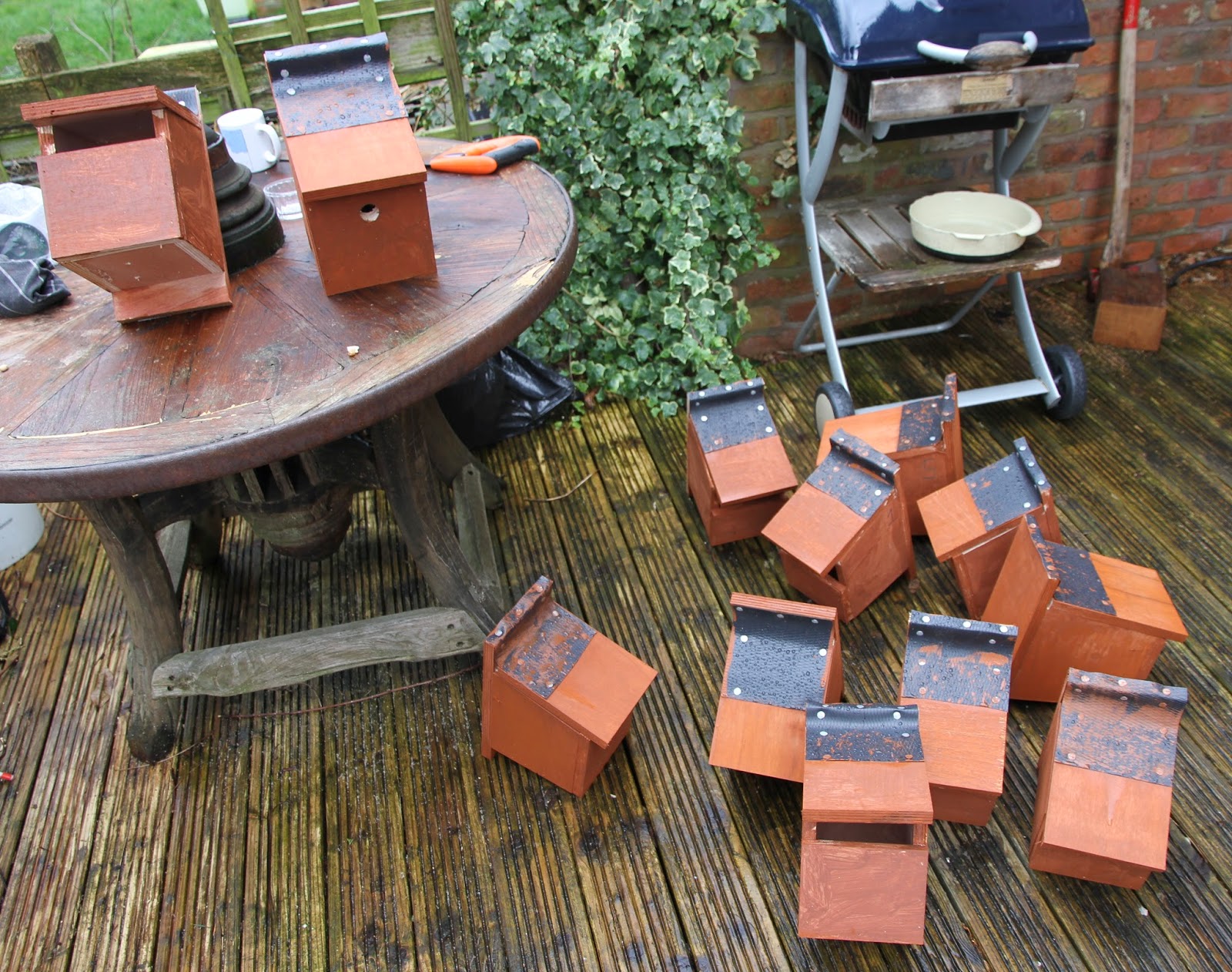 We made lots of different types including low fronted, high fronted (this was an experiment to see which box they would prefer), Spotted Flycatcher boxes, Robin boxes, Blackbird boxes, Nuthatch boxes and Great, Coal and Blue Tit boxes. That's a lot of boxes! 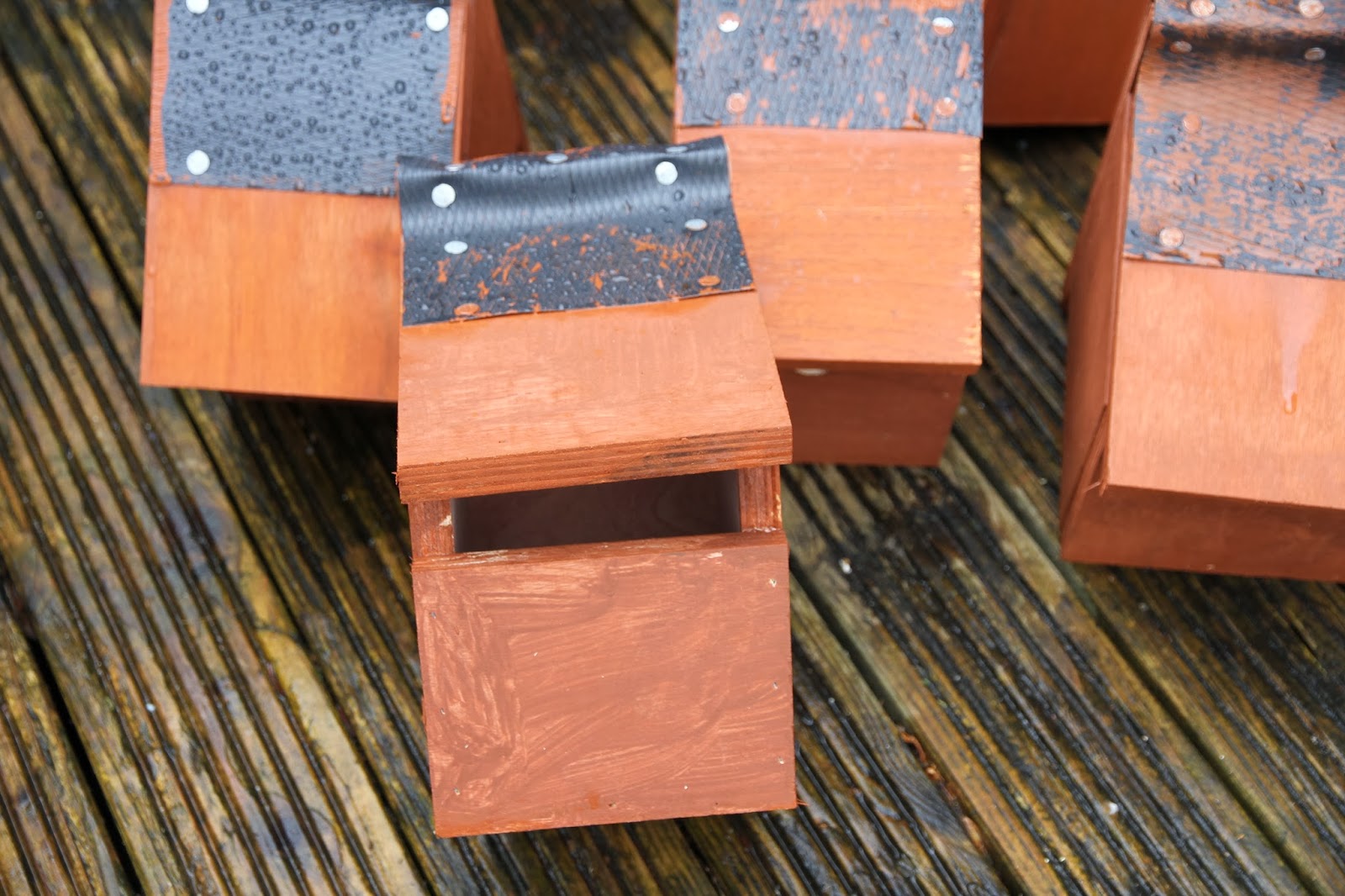 This project took all weekend, and so started the second part of this project on Sunday; putting them up. This was probably a hundred times more difficult than I thought it would be. We didn't just have to put them up in the right places, but also load the 12 we made into a into a wheel barrow (along with a ladder) and wheel it through all the deep deep mud in the fields. By the time we got to the feeding station in the woods we were both exhausted so had a bit of a break while filling the feeders up (completely empty) before starting to put up the nest boxes up. 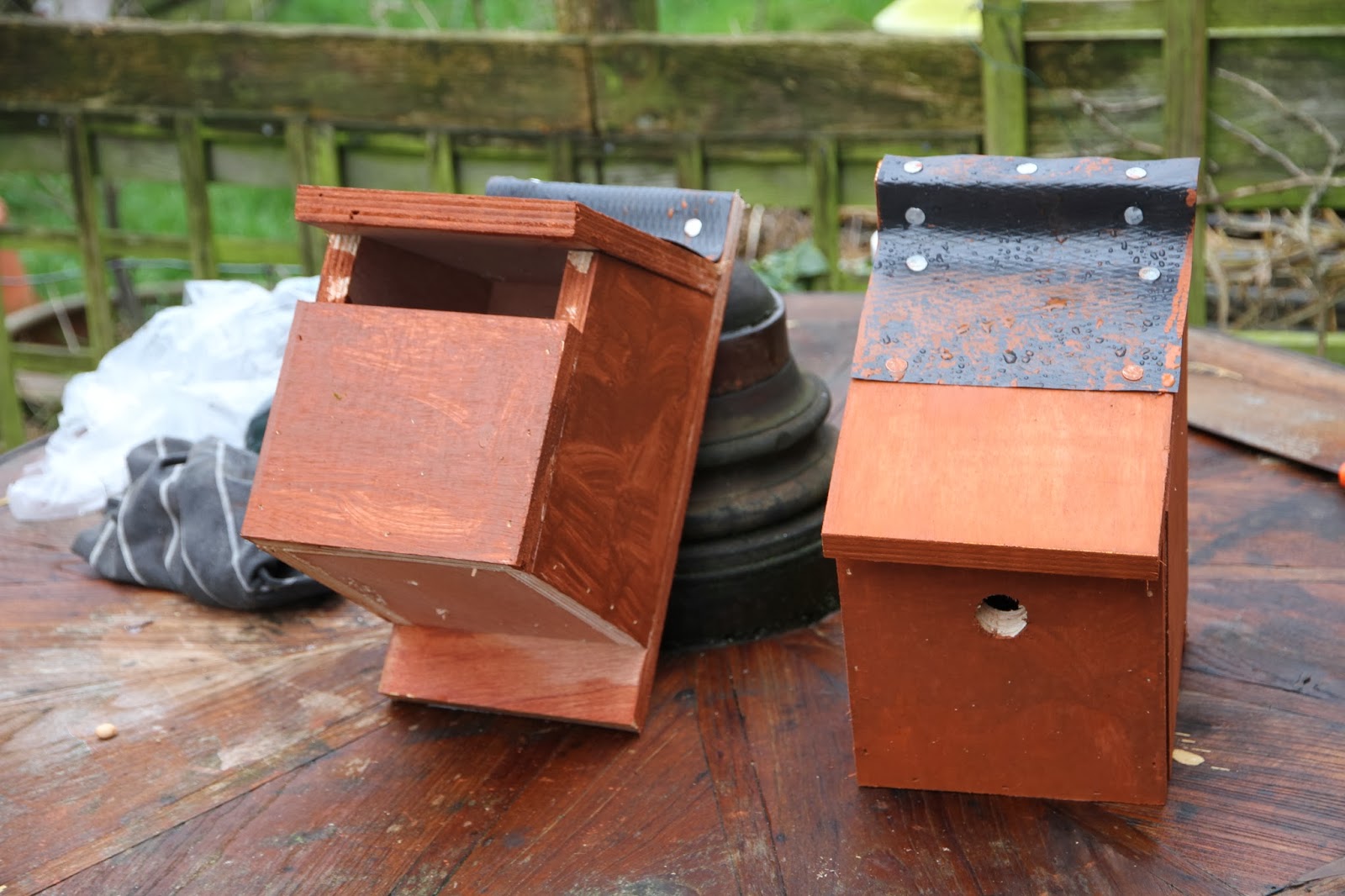 We did actually make 13 nest boxes the 13th of which was an Tawny owl box, but we didn't have the right equipment to put it up. The farmer ( yes you know who you are :) ) - as he reads my blog from time to time gave us two other Tawny boxes that he had been given some years ago but had never been put up. Here's the Tawny one we made below. Dad putting a sliding shutter in the back just in case it ever needs opening. 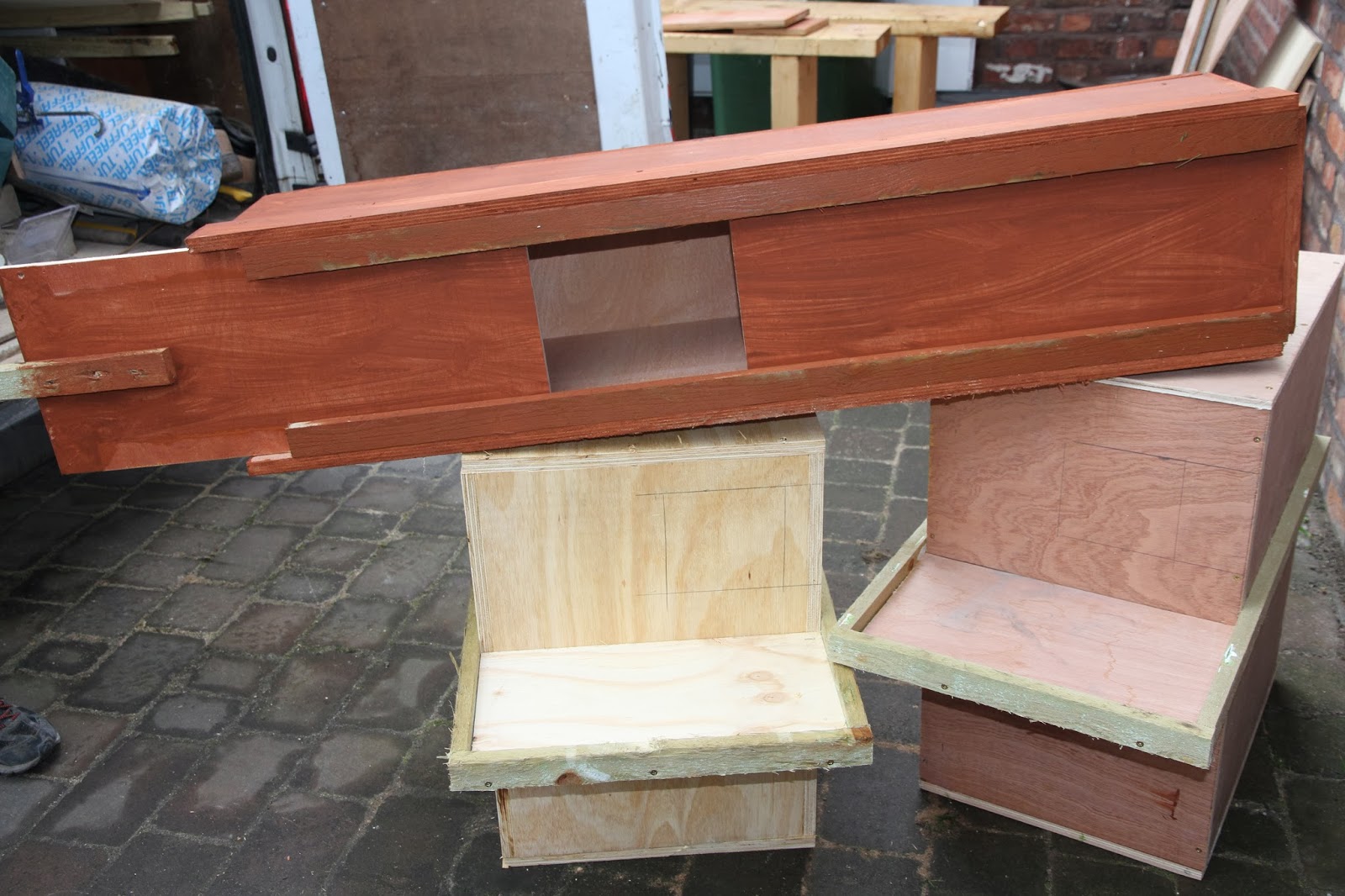 We numbered all the nest boxes 1 to 12 and also made two Barn Owl boxes for my ringing trainer Peter. 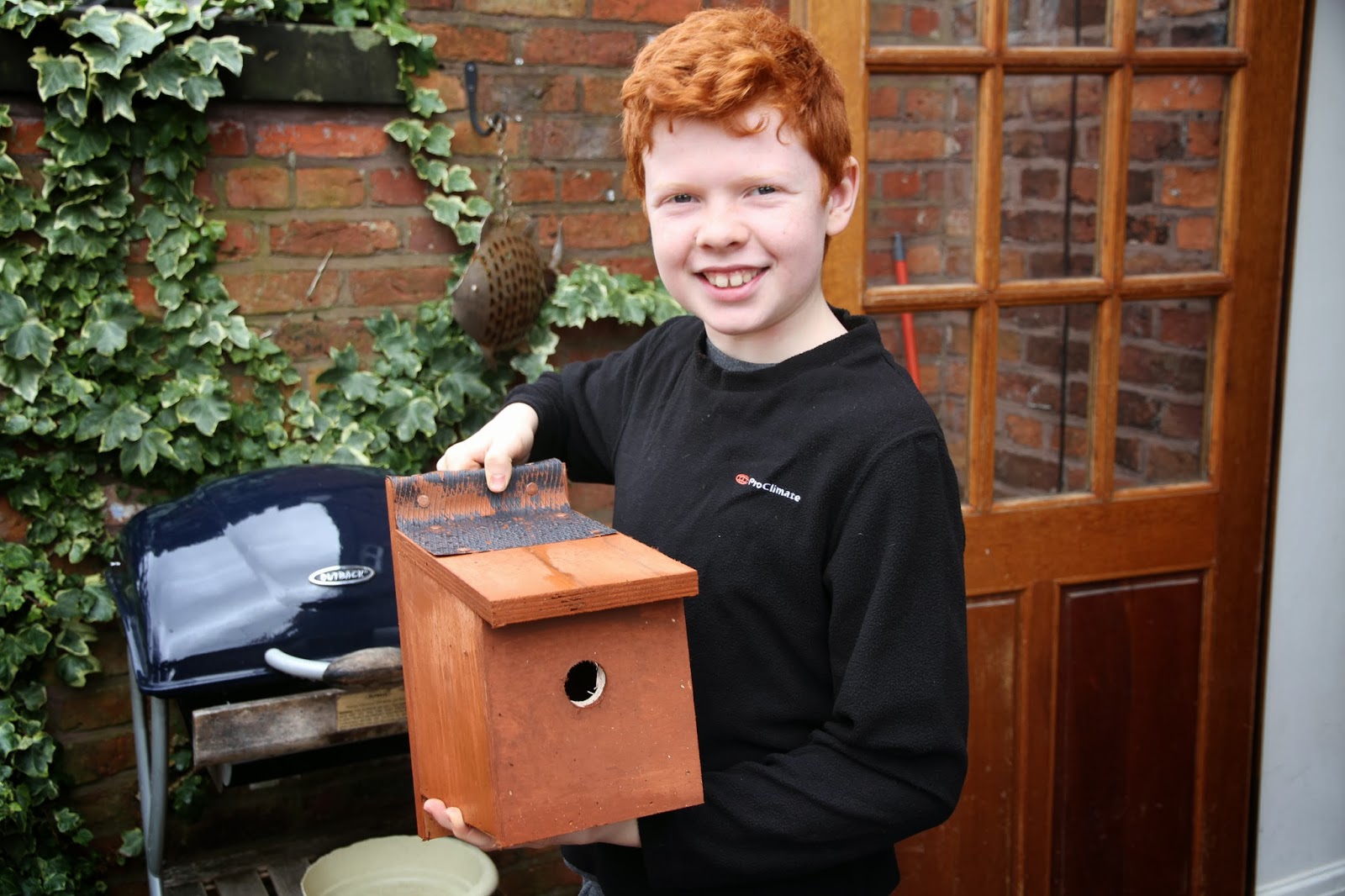 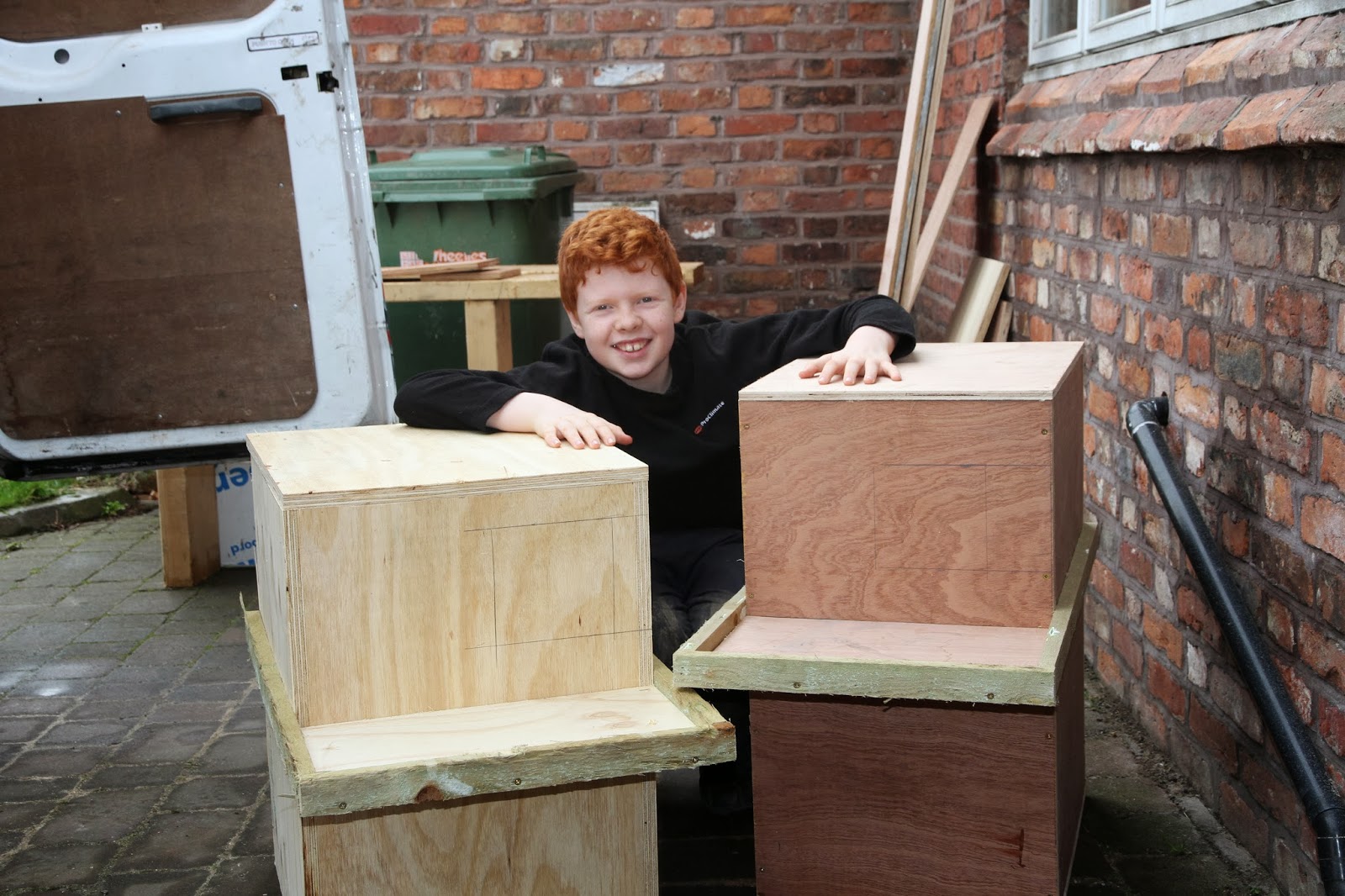 Overall a brilliant weekend even though I was quite ill with a throat infection, but the question is now....

Will the birds use the nest boxes???

Speaking of nest boxes, Blue Tits have been roosting and investigating my colonial nest boxes which were supposed to be for House Sparrows. 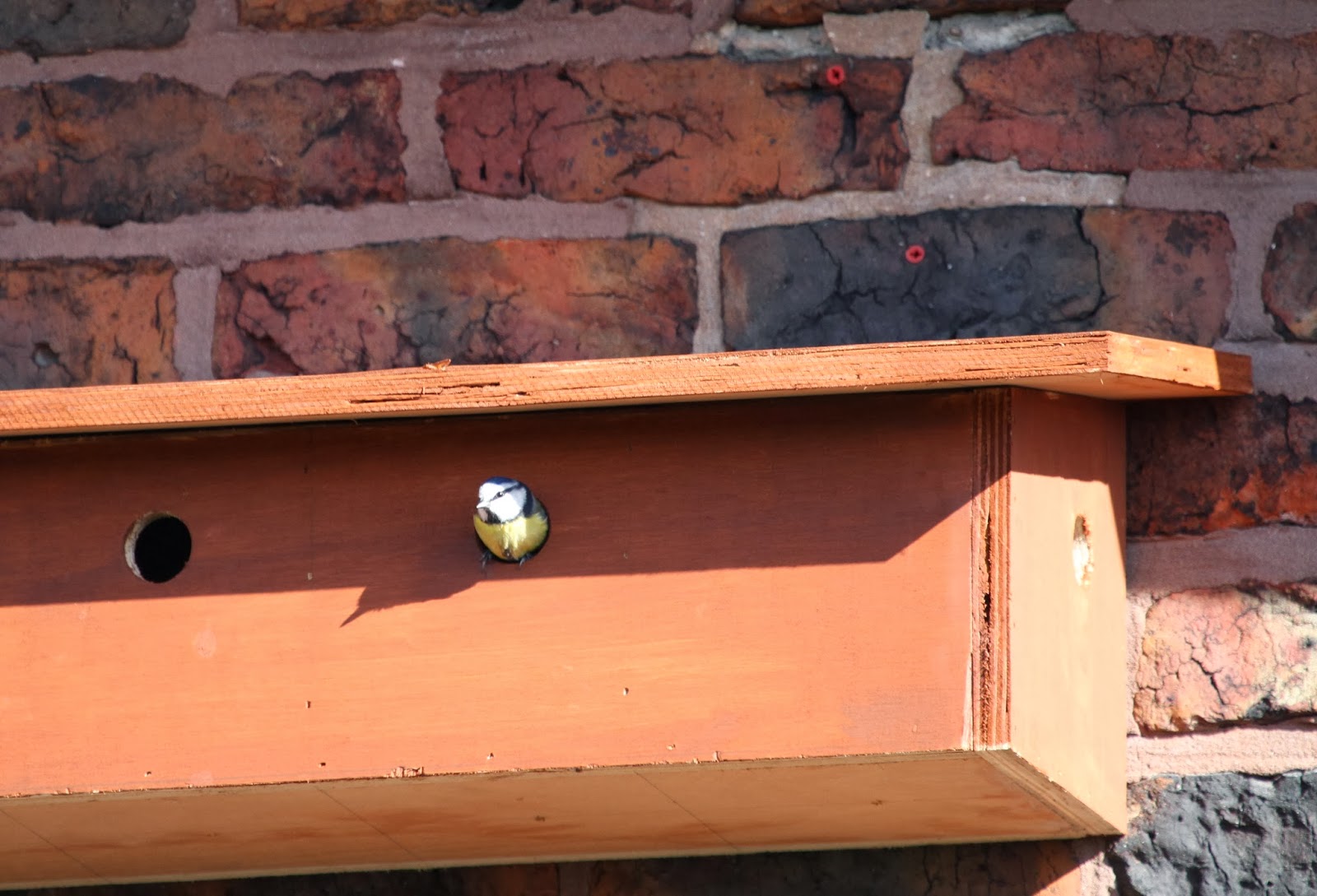