During the week I was lucky enough to have the chance to set up my moth trap, we all thought it was a good idea as my mum was away in London so it would keep us out of trouble.

We had just got back from Frodsham Marsh (seeing a Marsh Harrier, plenty of White Throats and a group of three Redshanks) when I thought of the idea. Just look at the sun shining through the primaries on this magpie at the marsh. I was very hopeful about the moth trap because it was a warmer night. 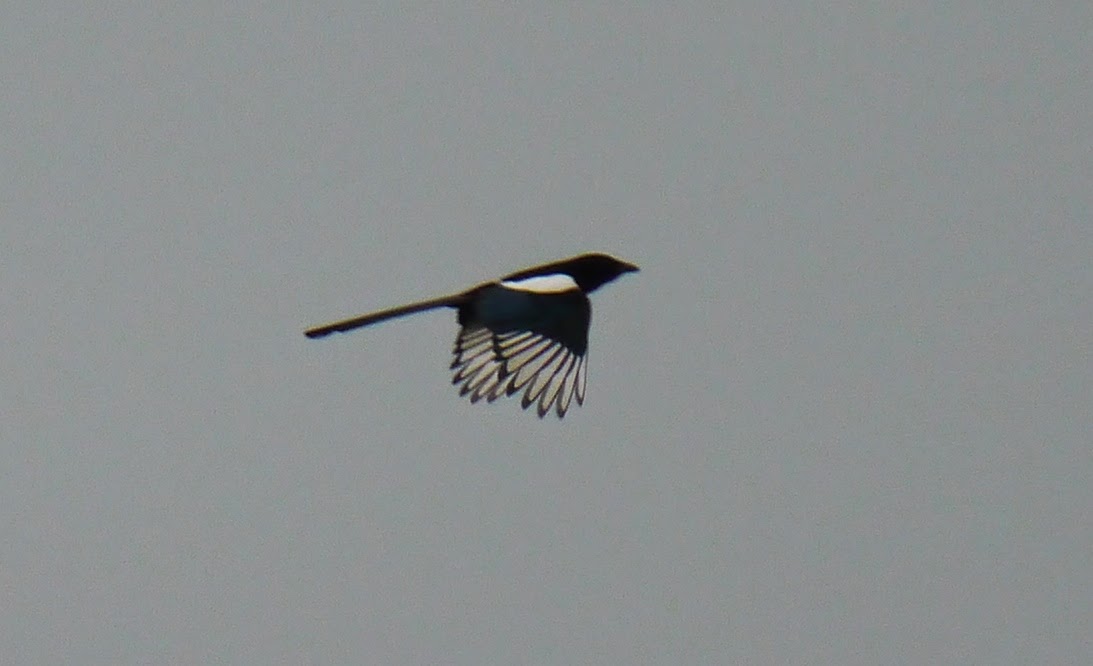 After eager anticipation over night I got up at 5:30am as I couldn't wait to see what I had caught.  We have only set the trap up a few times this year (not catching much); however I have to say that night turned out differently.

The catch started off with a few smaller dart moths (like Shuttle Shaped Darts), but when we turned over the first egg box we saw and potted this stunning Chocolate Tip, a new species for me. 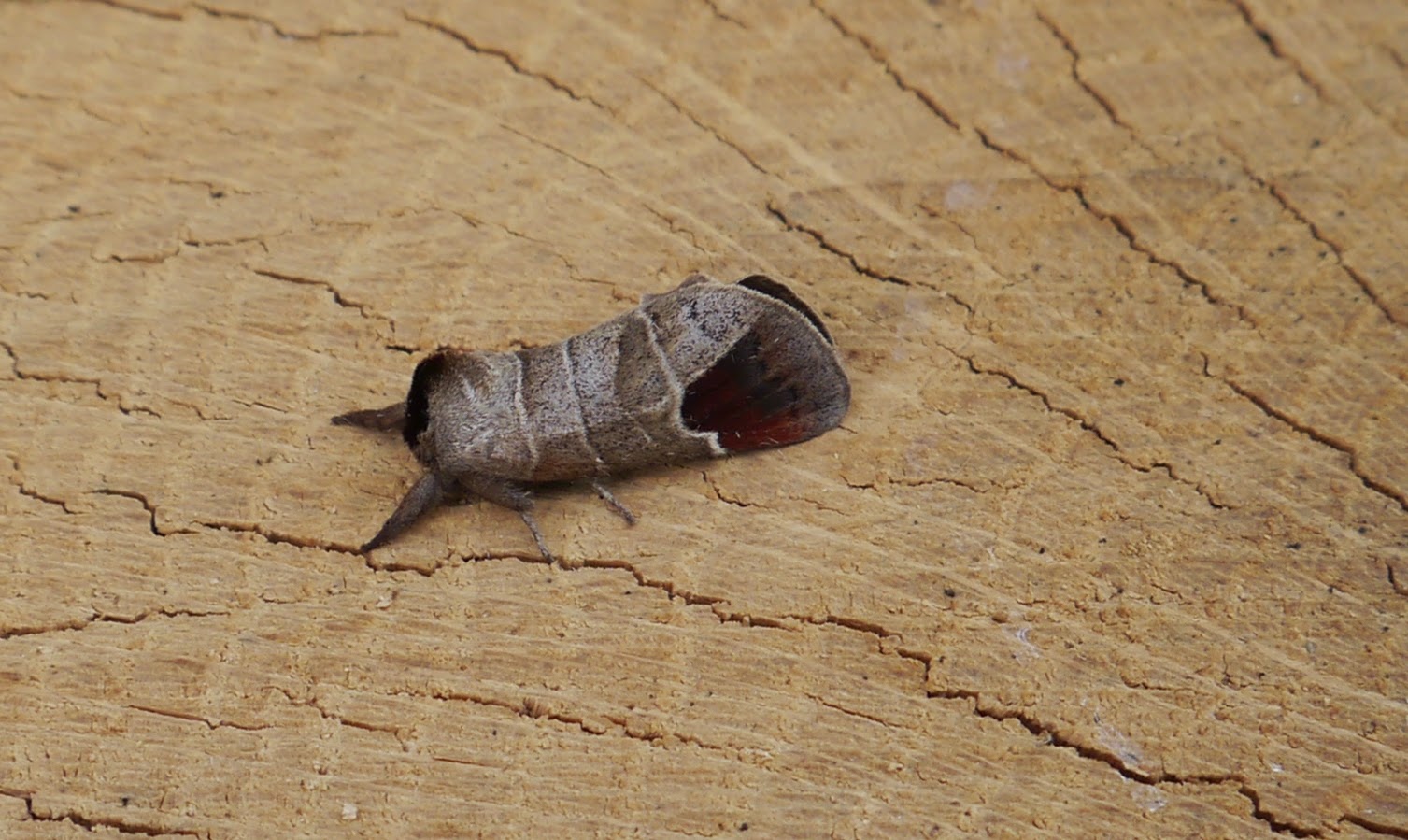 Our second brilliant moth (well they all were) was the Pale Tussock, this would have to be one of the best moths I have ever caught. It was truly stunning, but wouldn't keep still for a photo (this moth is another first for me). It really is worth going to Google images and looking at the caterpillar for this moth, you won't believe it. 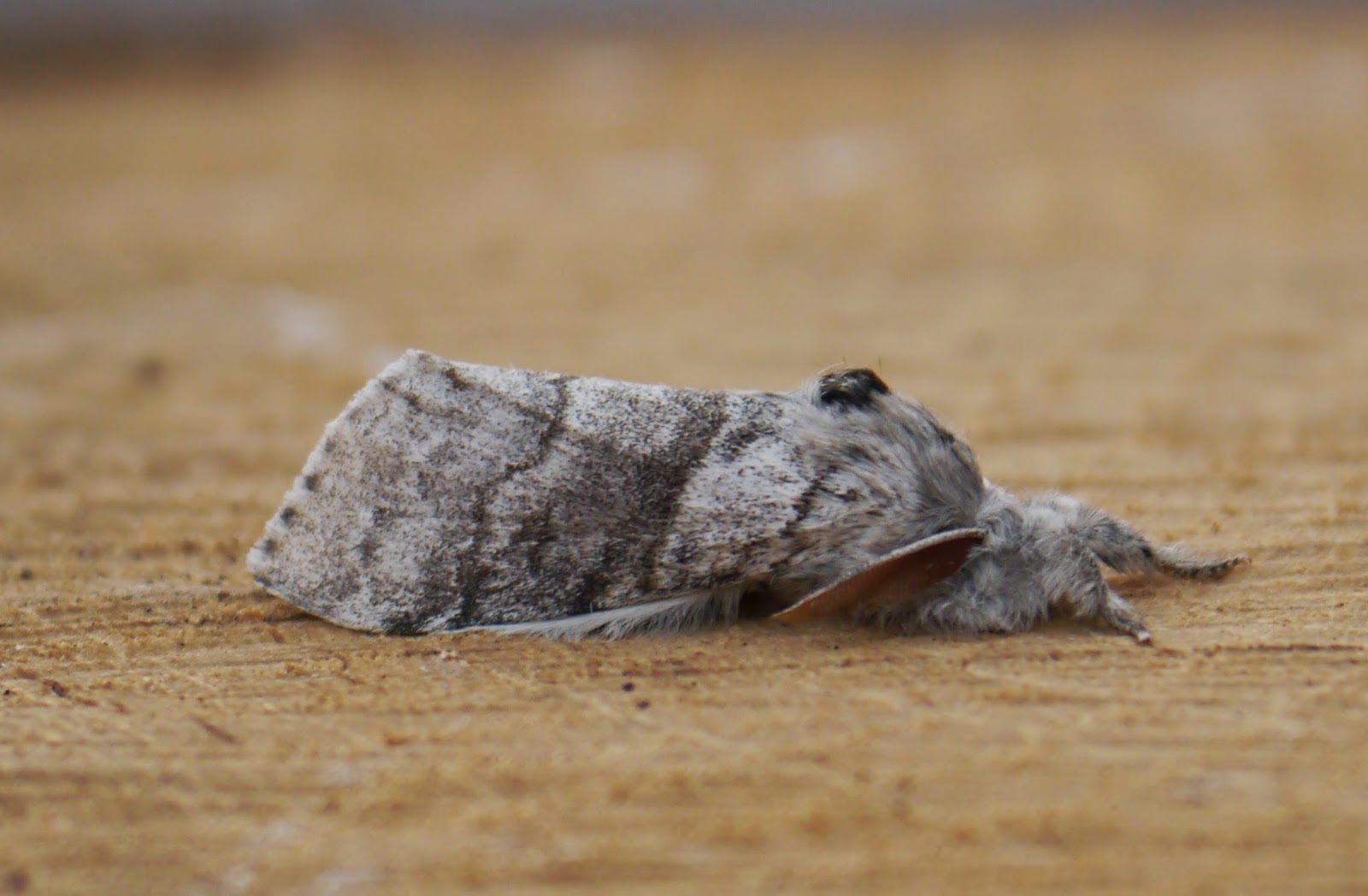 
We set up the trap at the perfect time really as this is slap bang in the middle of their flight season. 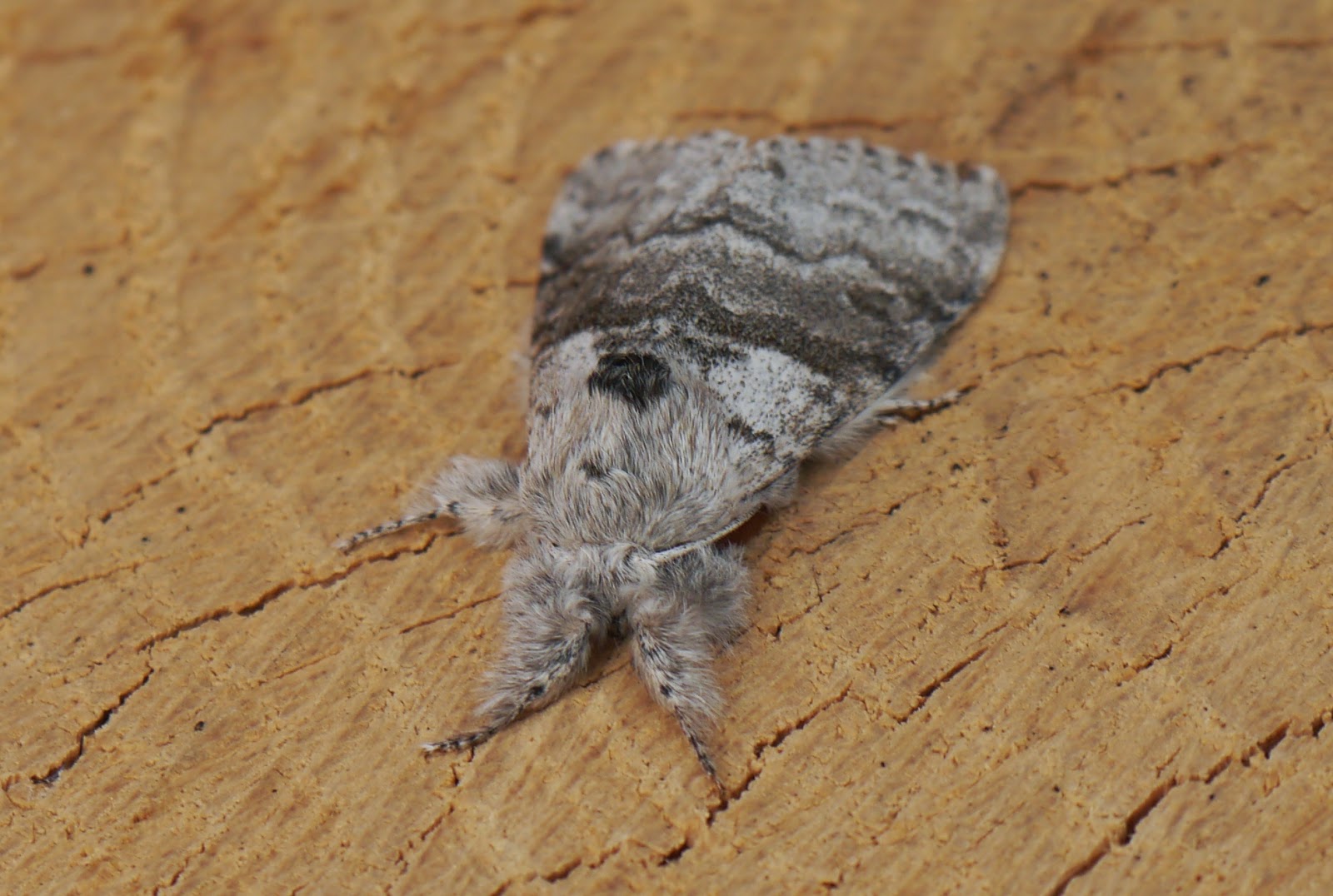 Another new species for us was the Scalloped Hazel, this one below the more duller version than the second one we caught... 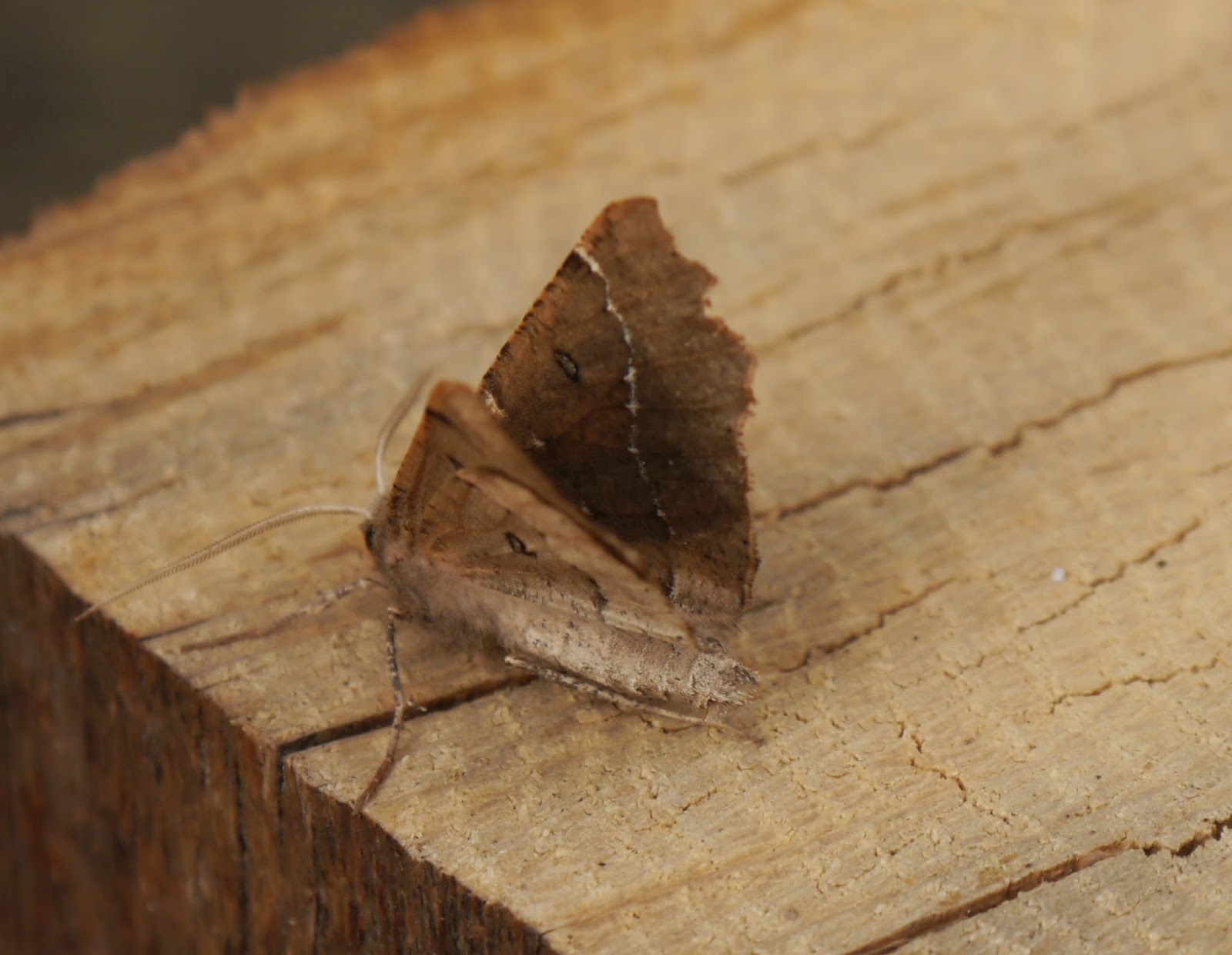 
Now I said before the "dart" moths we caught included was the Shuttle Shaped Moth like these in the picture below. 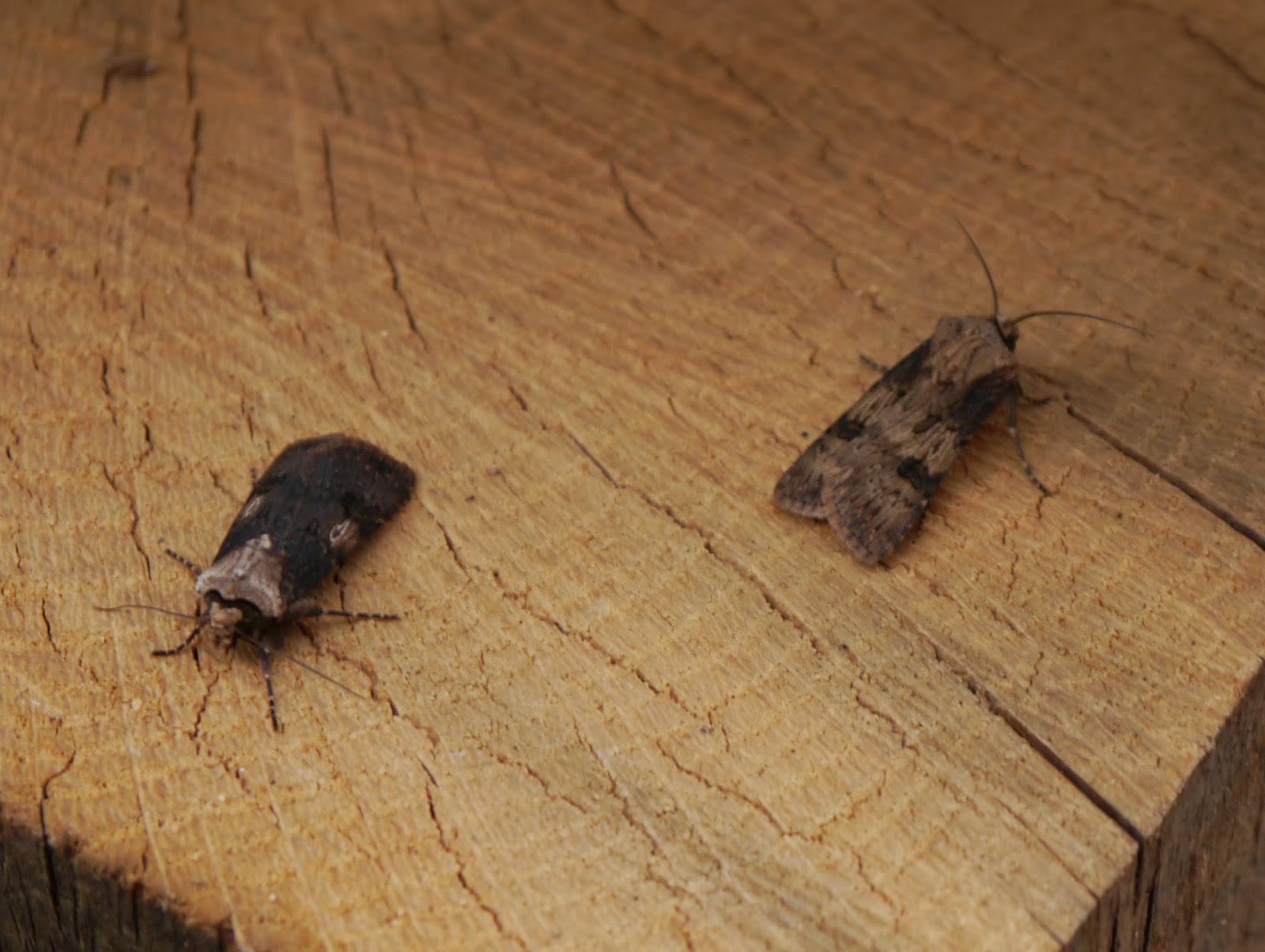 One of my favorite small moths included this beautiful Flame Shoulder, certainly easy to distinguish from most moths but dad (maturely) made me go and check it. 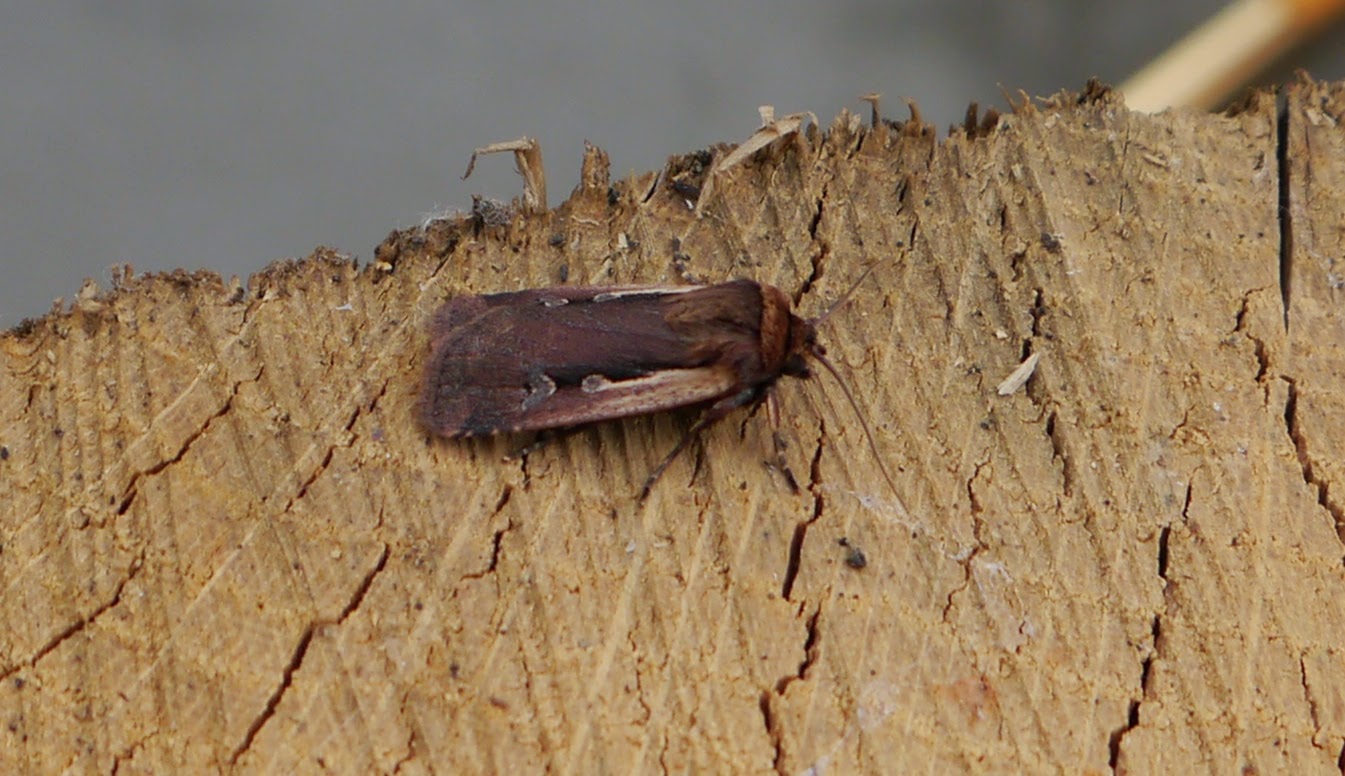 
Out of all the moths, the smallest was the Chinese Character, this was my dad's favorite and I have to admit it was quite nice and a bit mouse like. 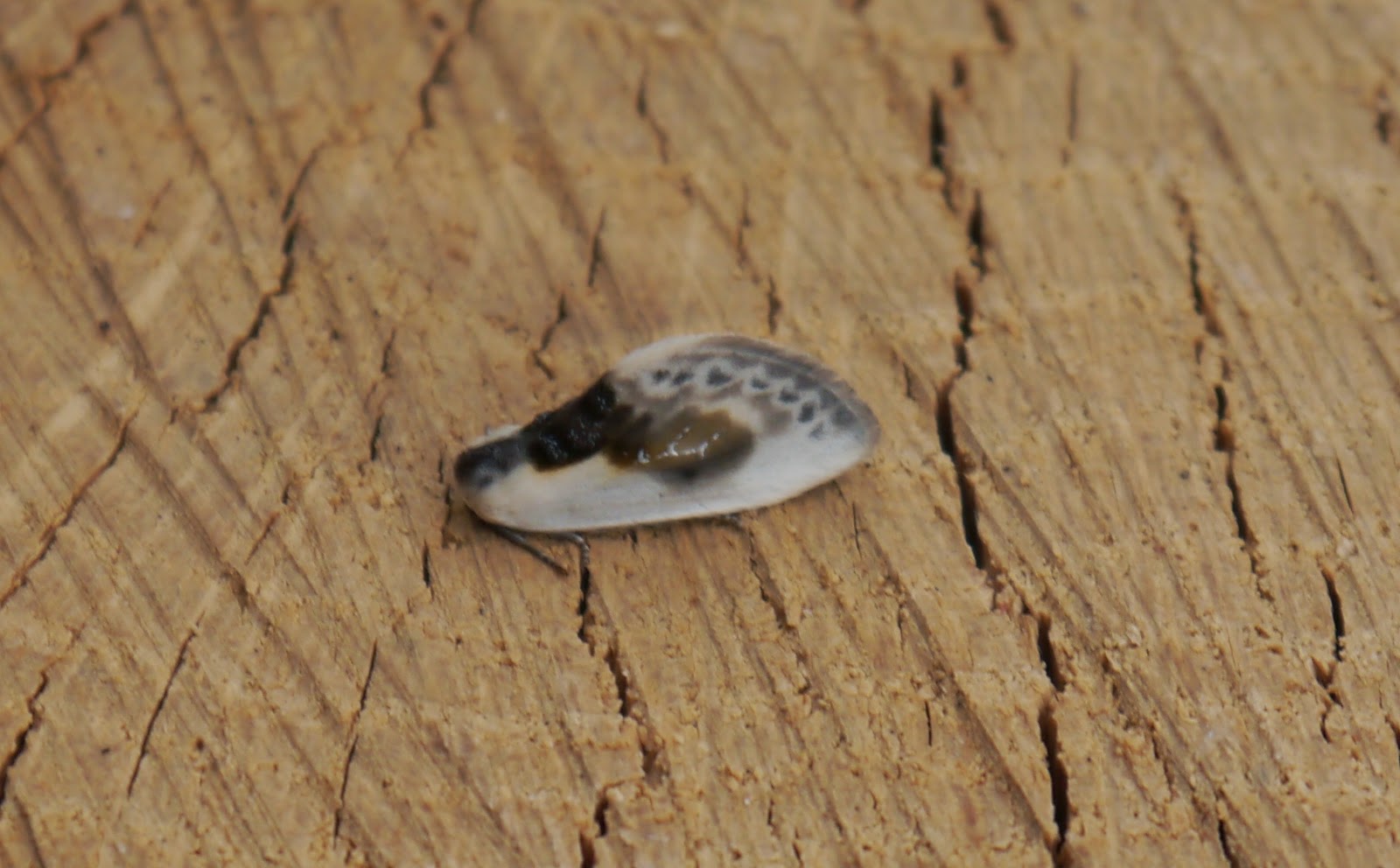 
This moth below may look easy to i.d however it wasn't, we were tying between two moths that almost looked identical, however me and dad came to a final conclusion that it was a Dark Barred Twin Spot. 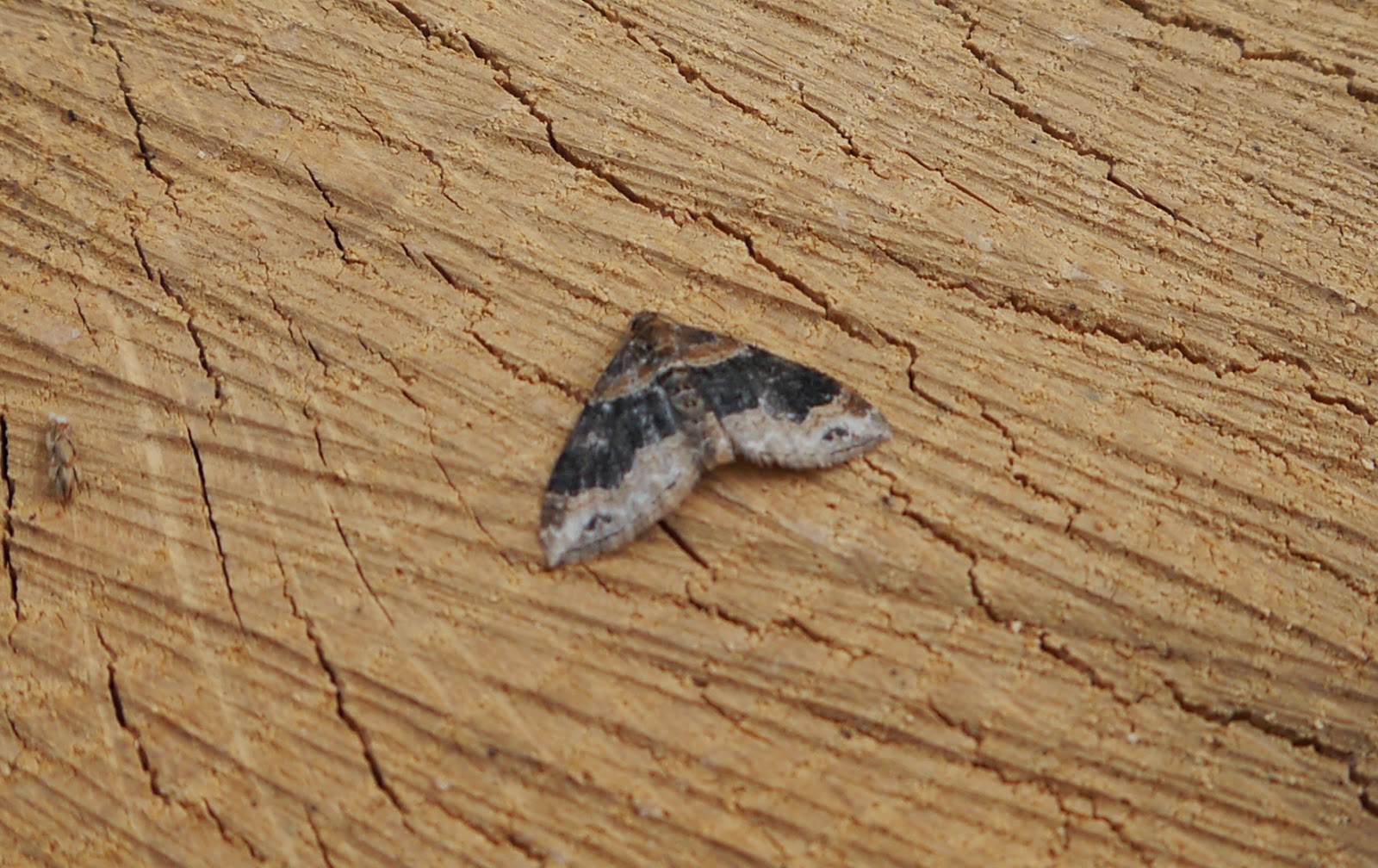 
Now back to the Scalloped Hazel. In this picture you can clearly tell this moth on the right was much more striking and the f.nigra variety dark form. When we first saw the moth in the trap we had not a clue, but our copy of Field Guide to Moths by Paul Waring, Martin Townsend and Richard Lewington really helped. 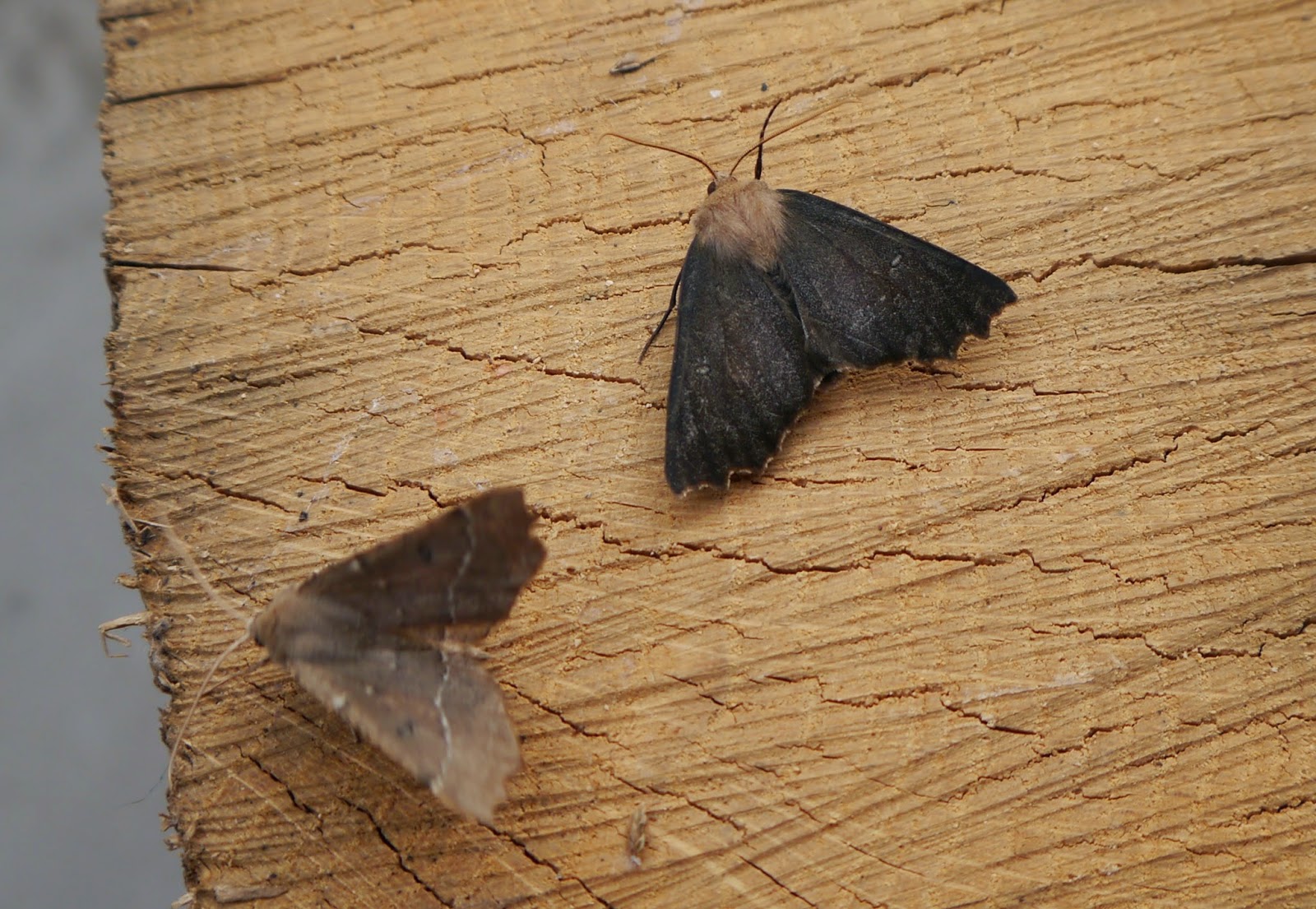 
To end the morning a male Sparrowhawk came to join us, sorry about the picture it was taken through the window. 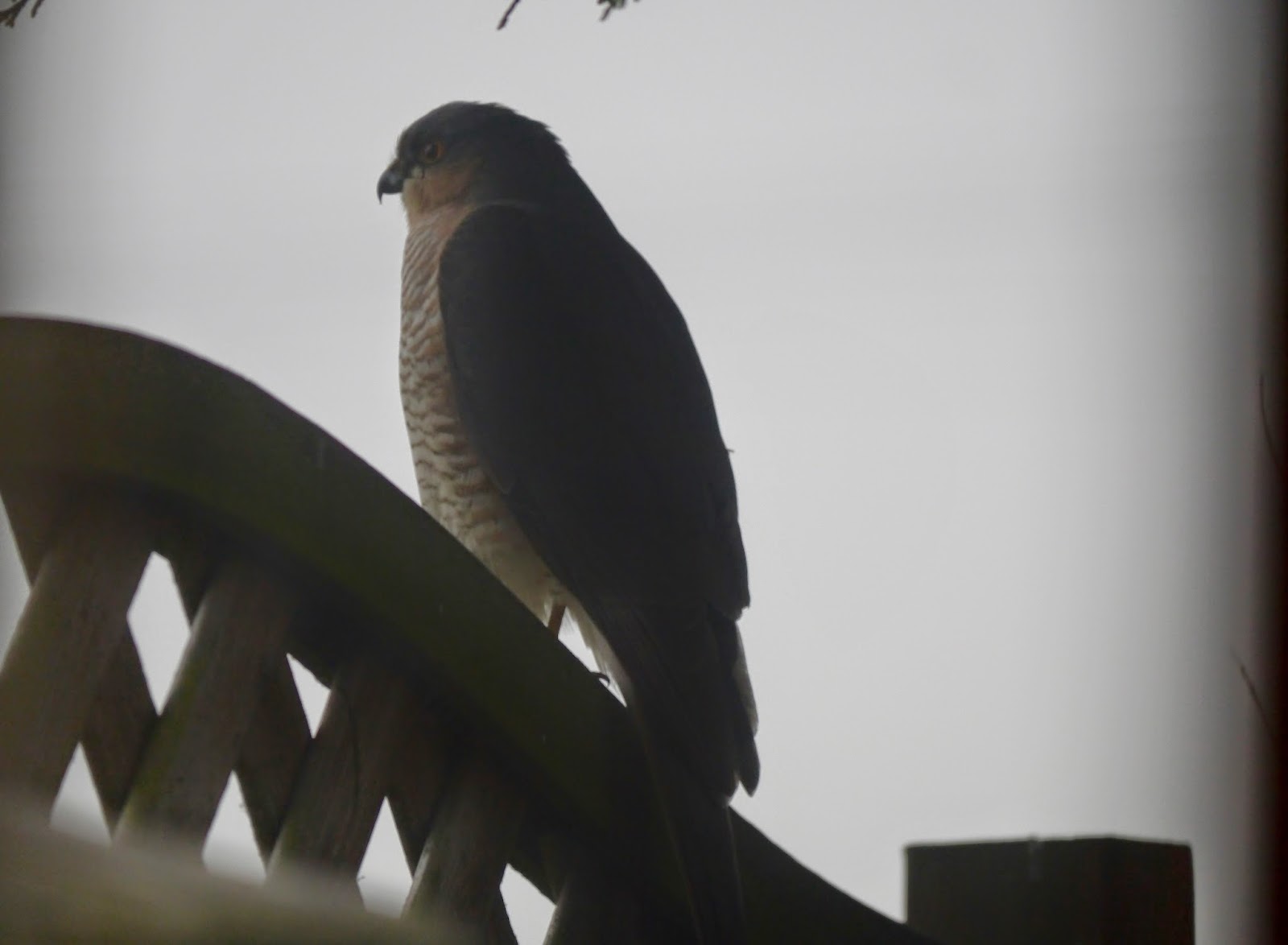 Then after all that work in the morning it was time for school!
Posted by Findlay Wilde at 19:39