As there is a band of warm air moving through Britain this week, I decided to set my moth trap up to see what we could catch, and compare it to last week's. The catch was quite fascinating as always and a whole new array of different species of moth ended up being caught, including all these...

Ruby Tiger the second species of Tiger moth I have ever caught, it was the first species of moth we potted and an amazing delight to see. I think most people don't even know these moths exist - they don't know what they are missing. 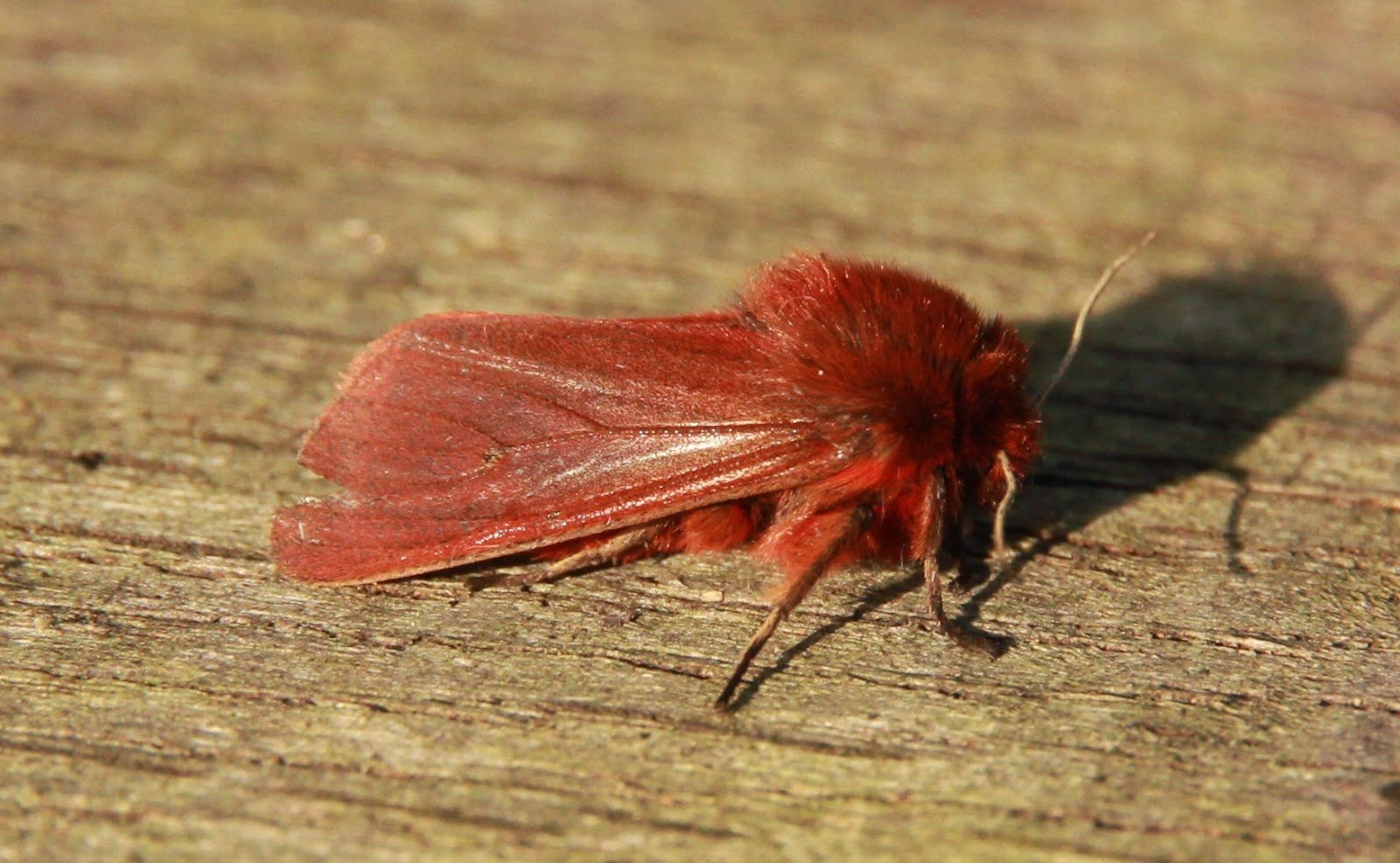 
It was great to photograph, especially in the sun, and probably one of the best (colour wise) moth we caught through the session. 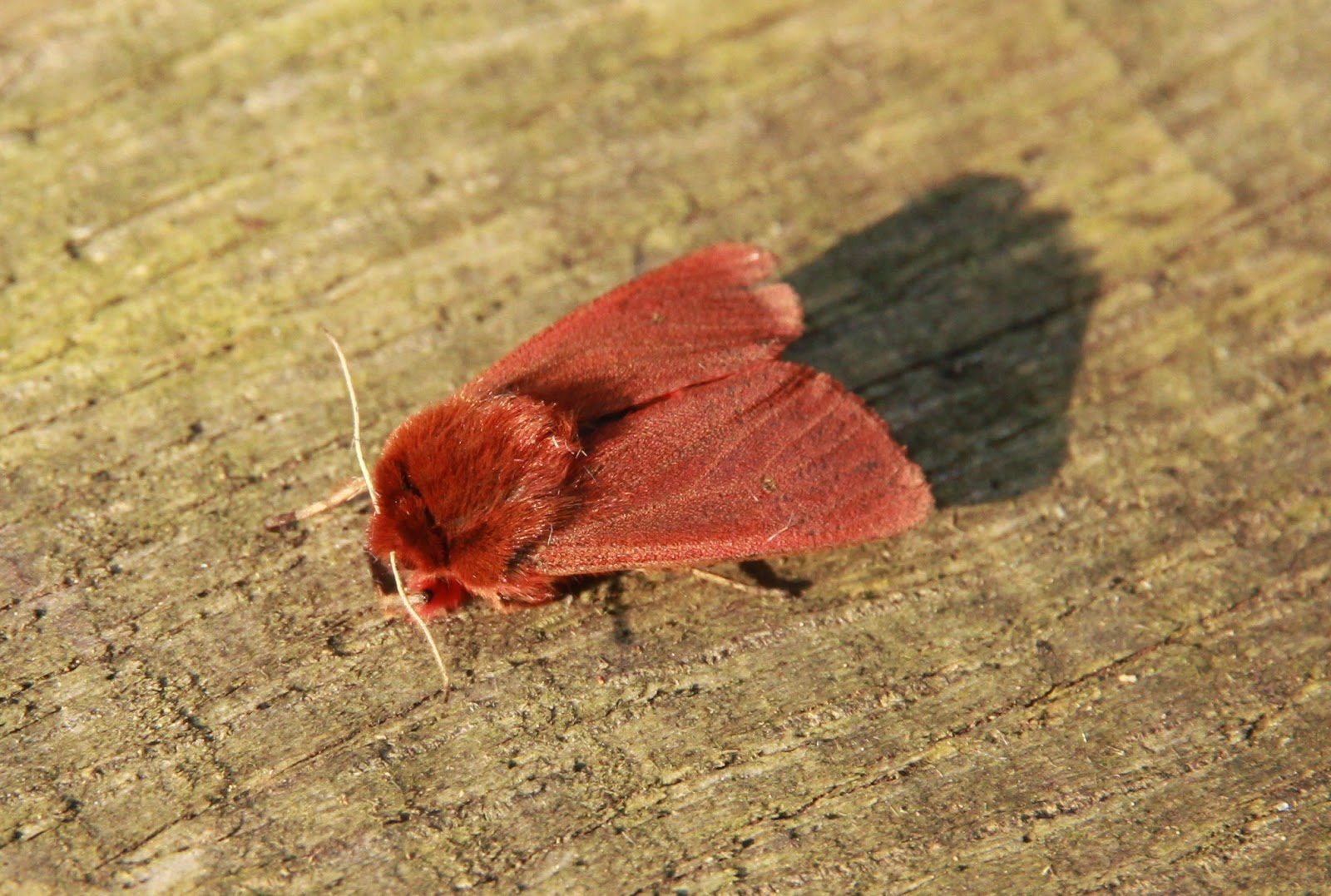 As you can see in this picture, this species of moth isn't just red on the top, but is a gorgeous scarlet red underneath as well. 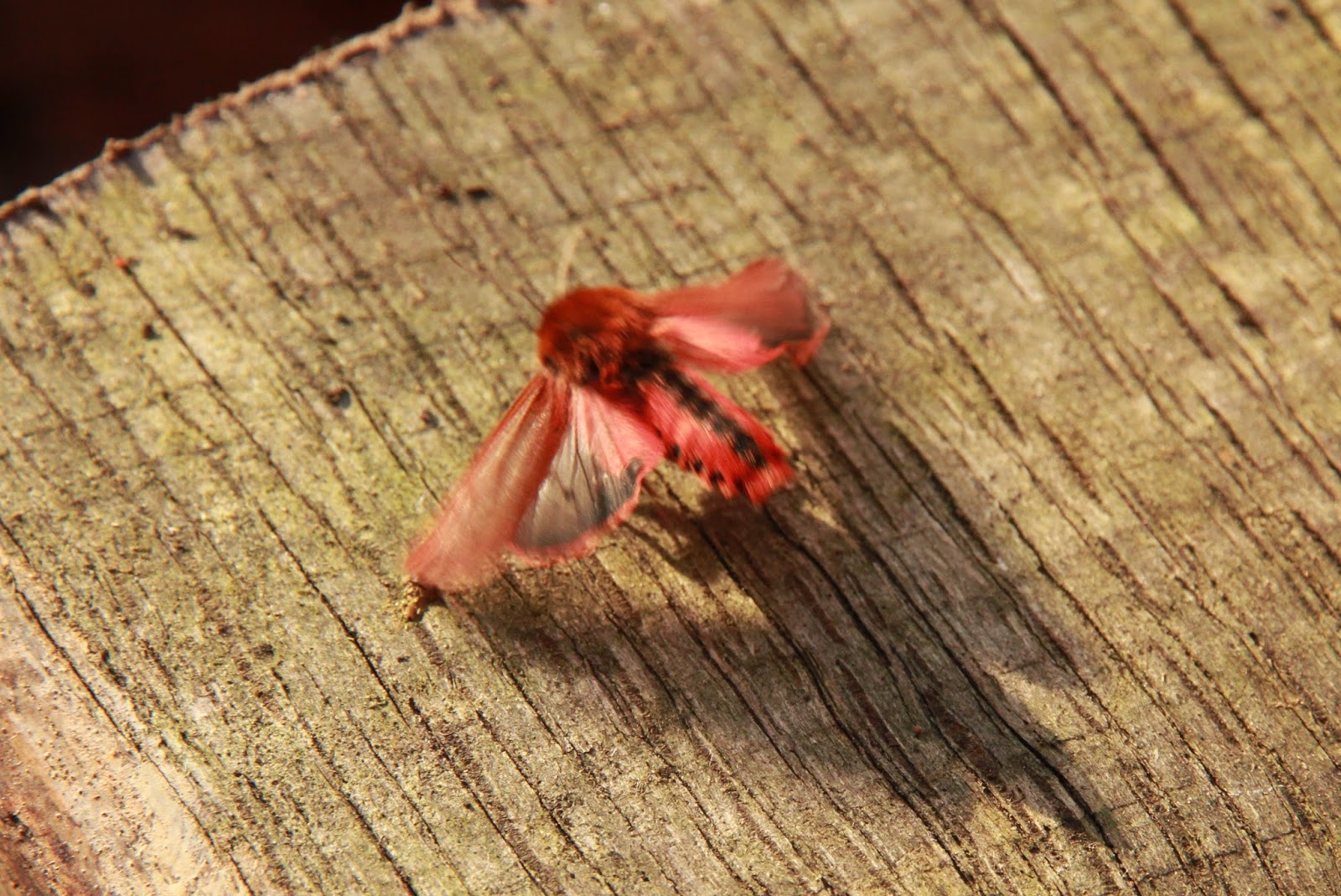 Even though I have caught these moth several times before, it was the first time this year I had caught a Hawk Moth, let alone a Poplar Hawk moth, and best of all there were two in the trap. That orangey pink colour of the under wing is really quite striking. 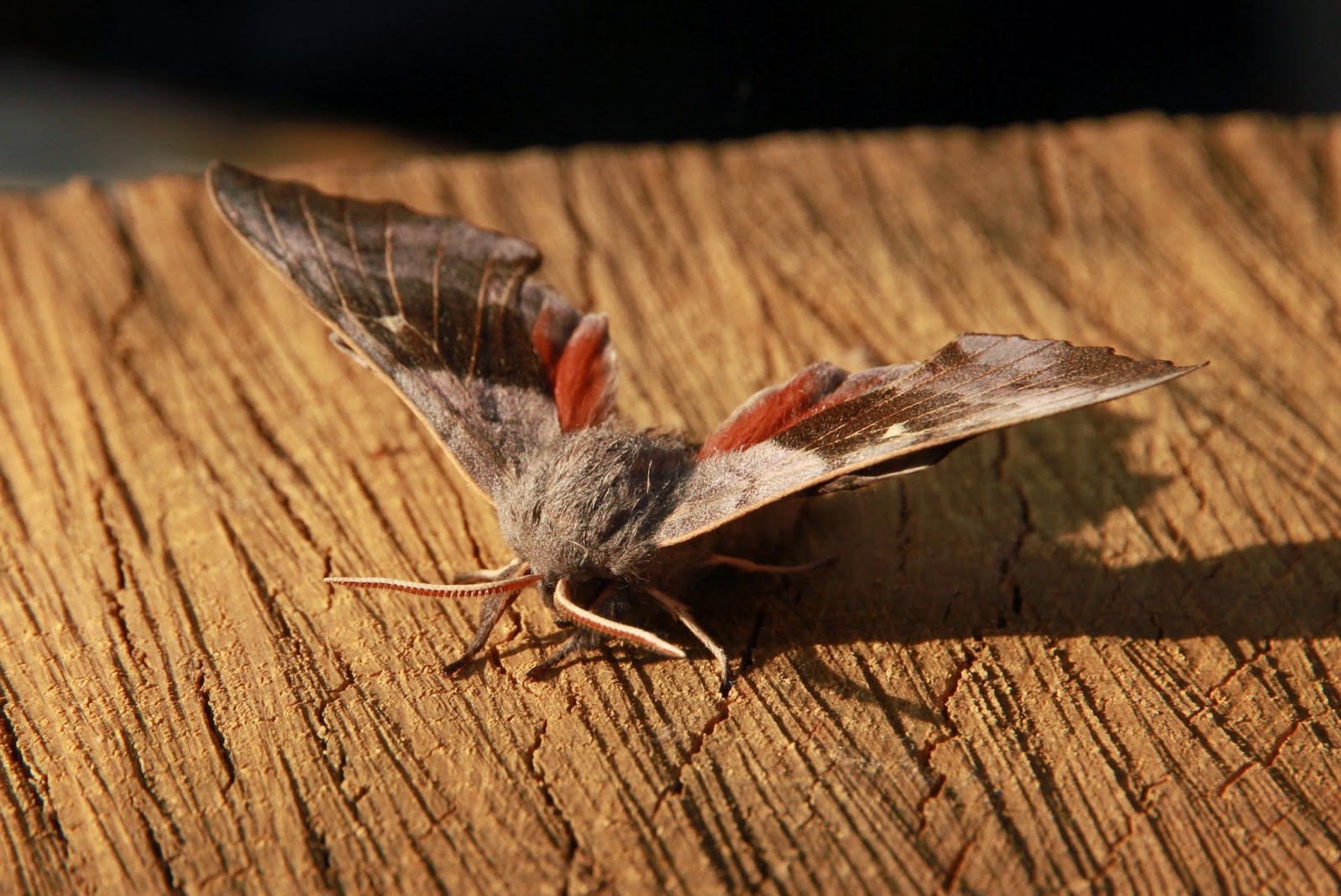 Another new species of moth for us included this moth called a Spectacle Moth; you might guess where it gets it's name from. I think it is just incredible the range of moths you can get and how they have evolved. 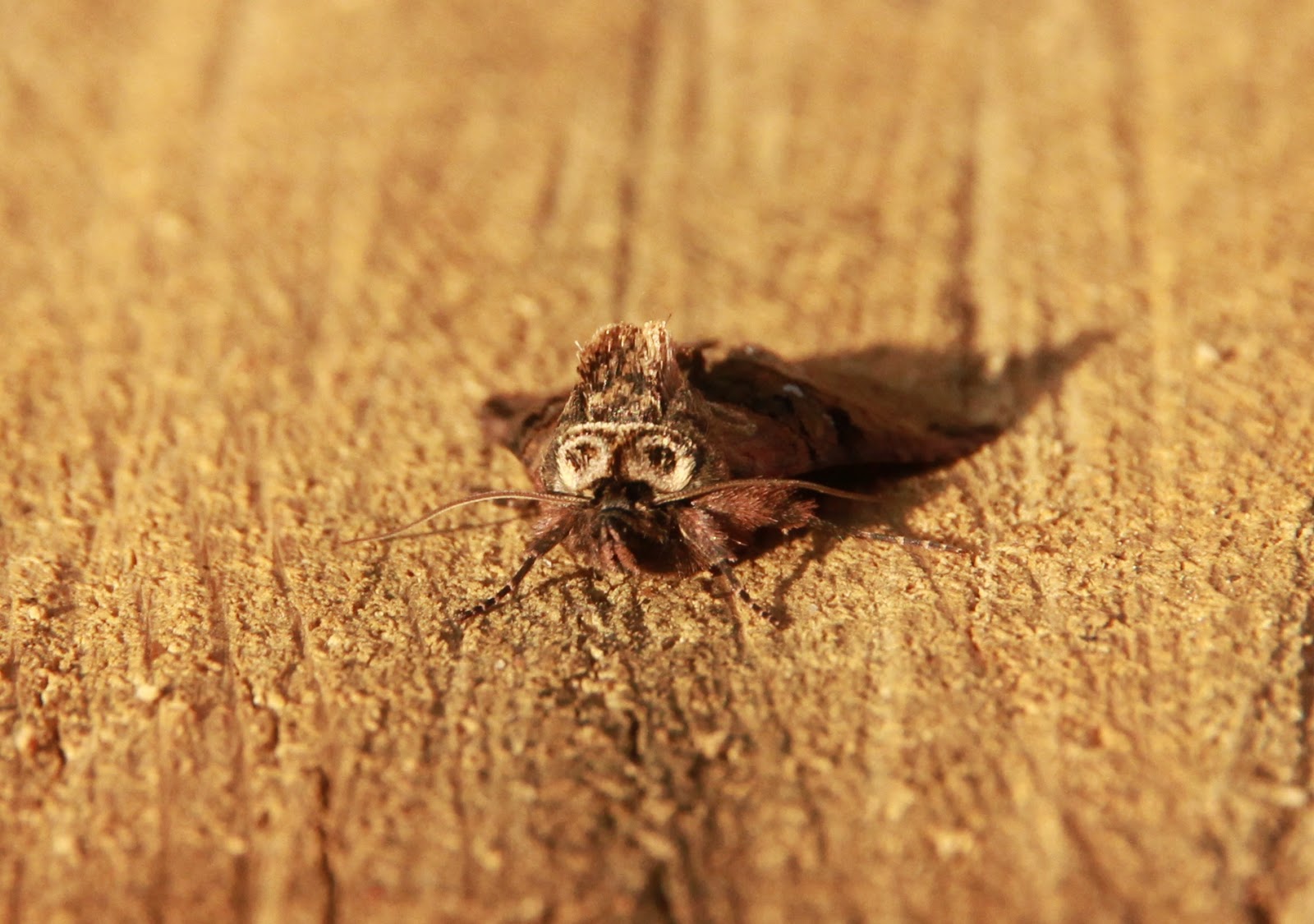 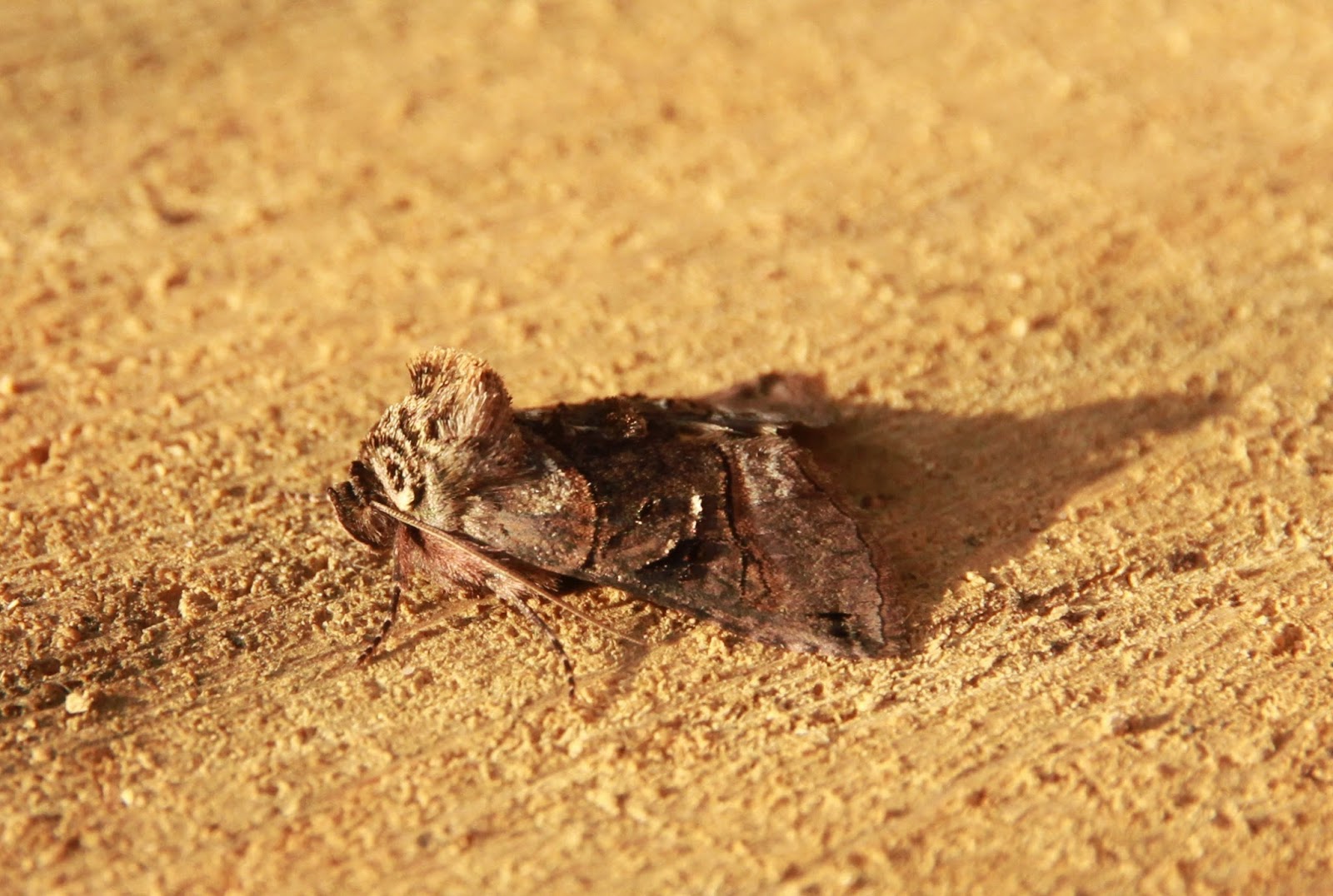 Another species of moth this morning was the Brimstone; a beautiful species which stands out from the crowd .We had a total of 8 in the trap. 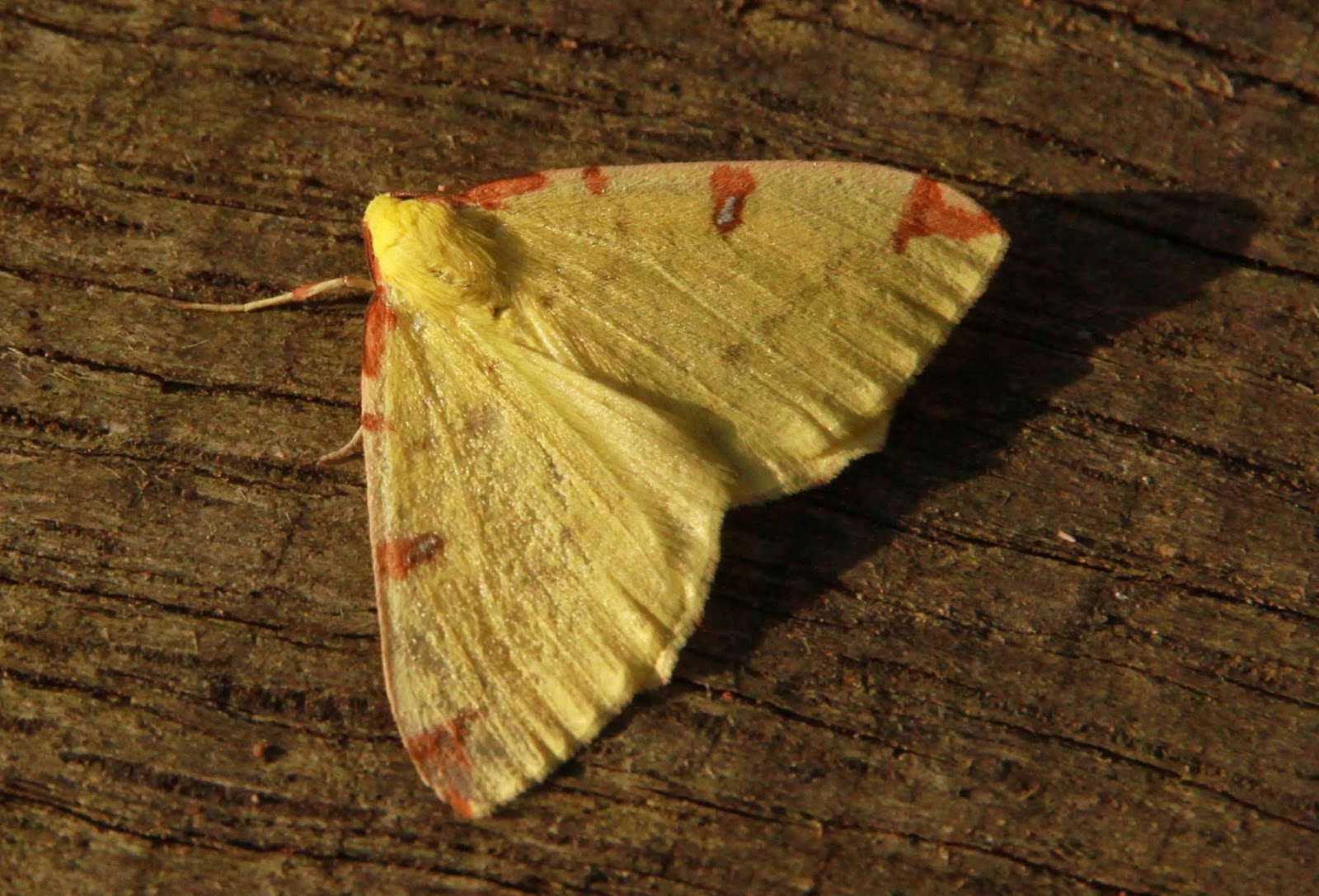 This in one of my dads favorite moth, it is called the Buff Ermine, a beautiful moth and the first one we had caught this year. 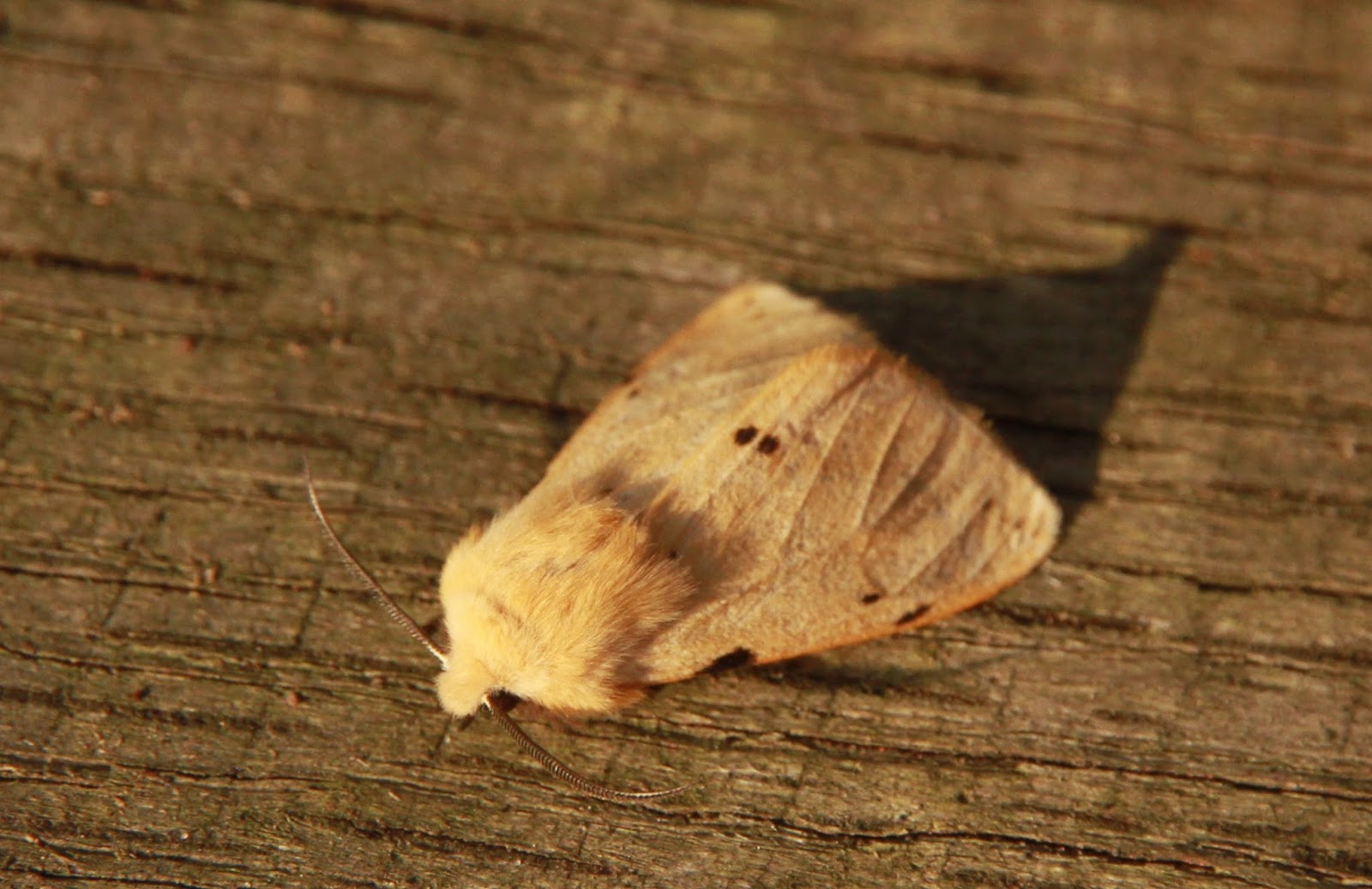 
The biggest moth we caught (apart from the Poplar Hawk Moth) was this Waved Umber, this moth really caught your eye and looked absolutely stunning, but wouldn't stay still for a picture!!! 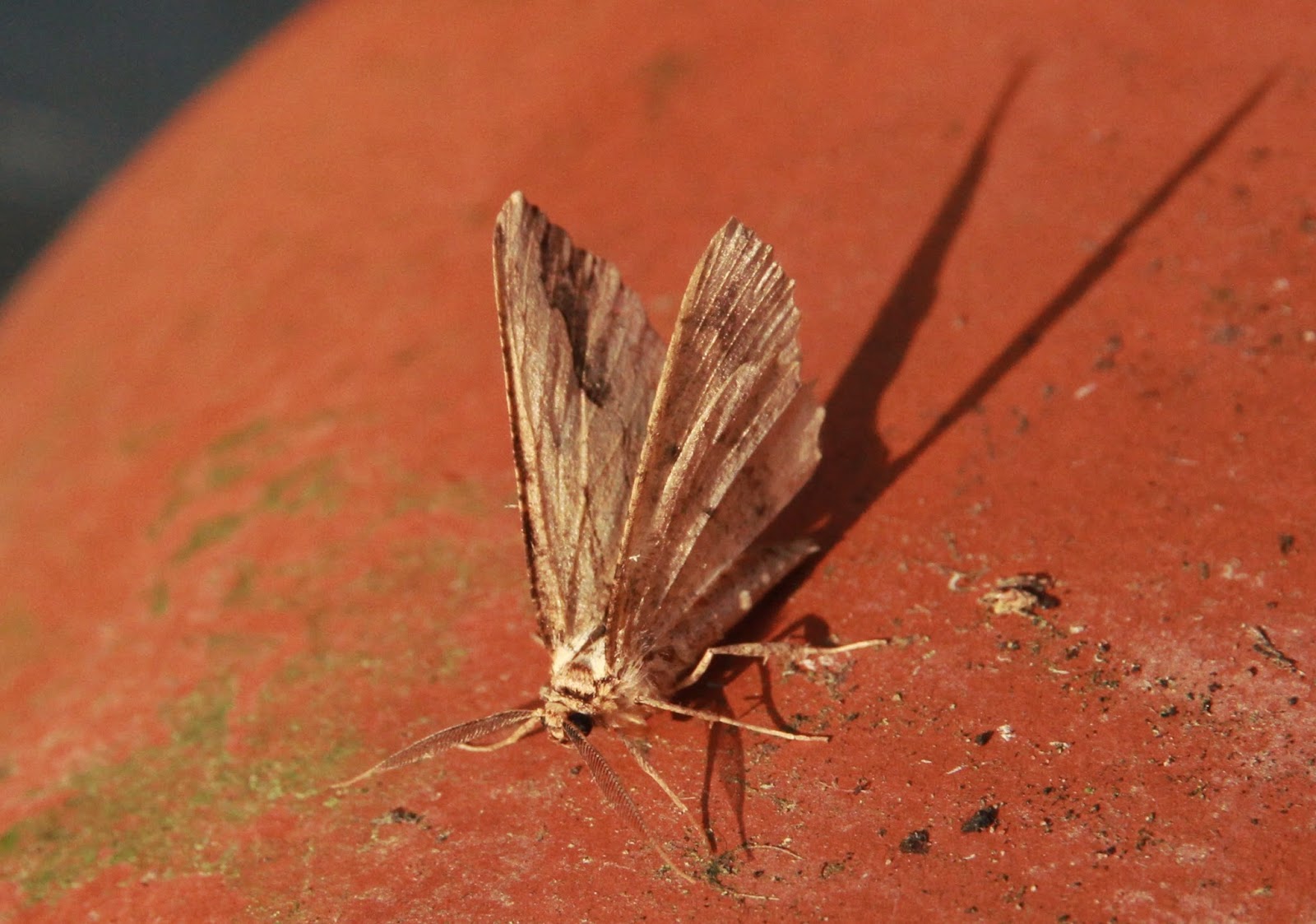 
At first I thought this moth was a butterfly, however it was a moth called a Clouded Silver, this was one of the first moths that caught our attention inside the trap. 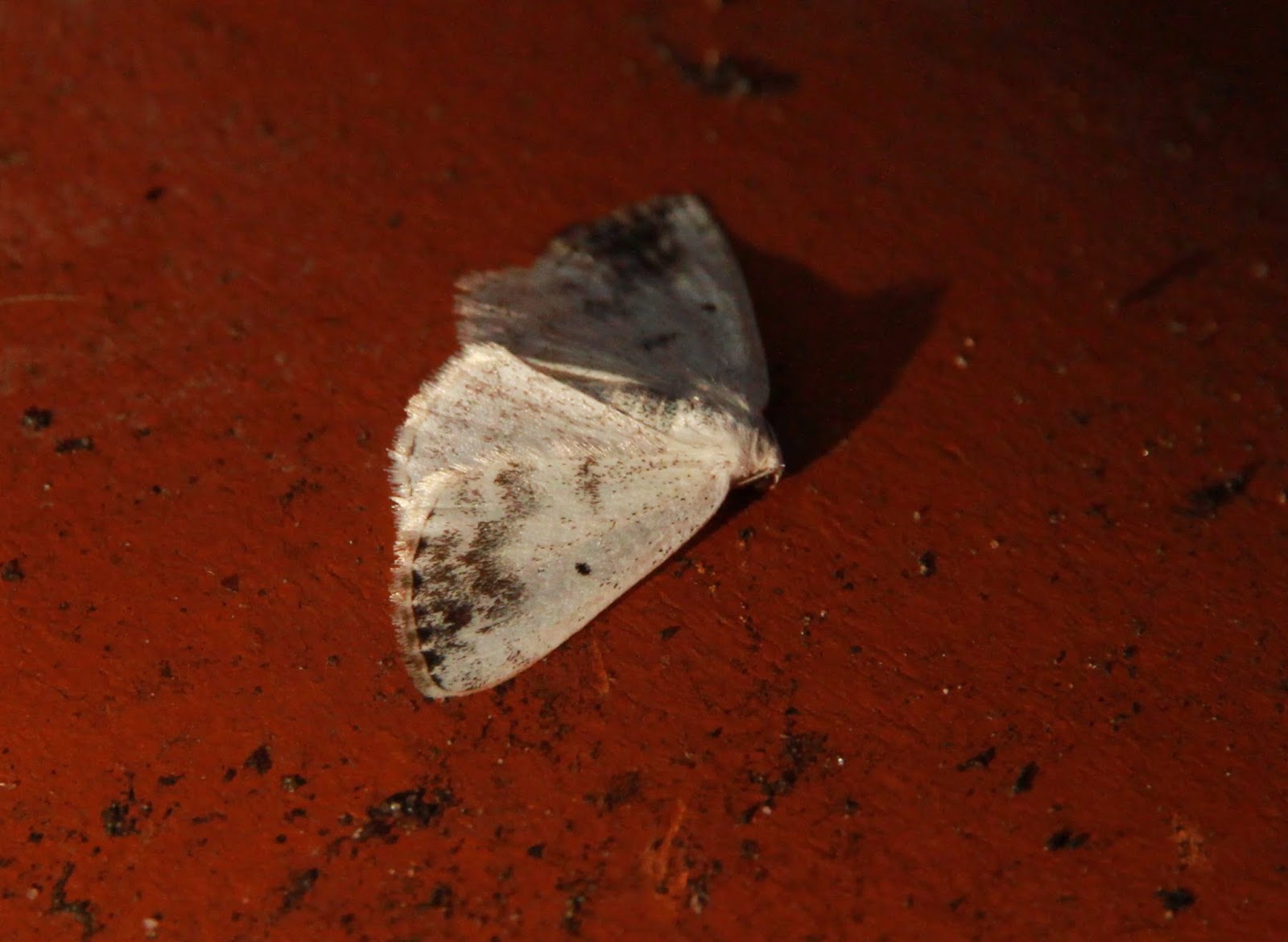 
Once we caught and potted all the moths on the inside of the trap we started scanning the grass on the outside of the trap, we came across two new species of moth for the garden; this first one called a Broken Barred Carpet. 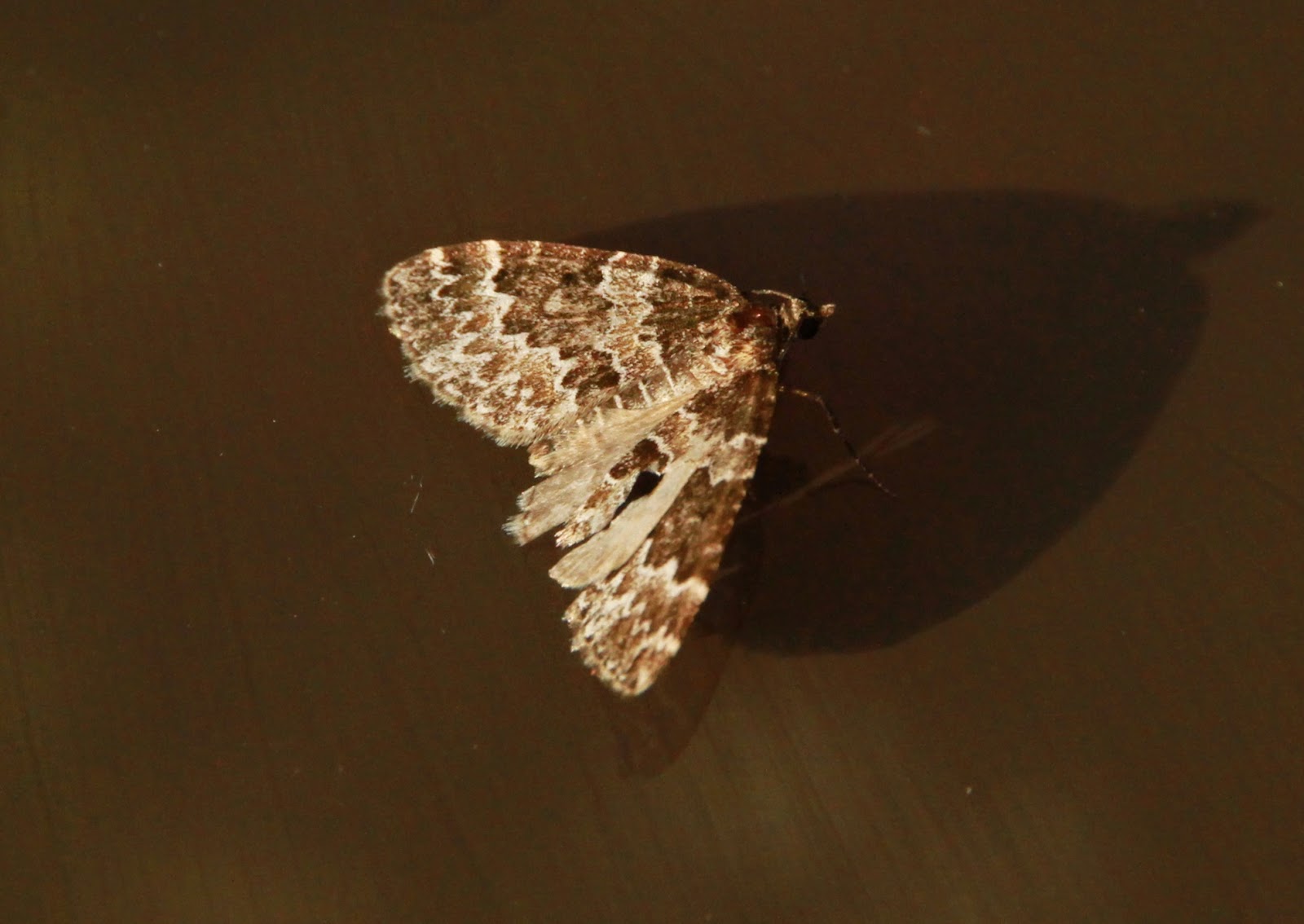 The second was a moth called a Pale Prominent. This moth reminded me of a dragon even though it doesn't look like it in the picture. It looked just like a piece of  tree bark and was rather hard to spot in the grass. 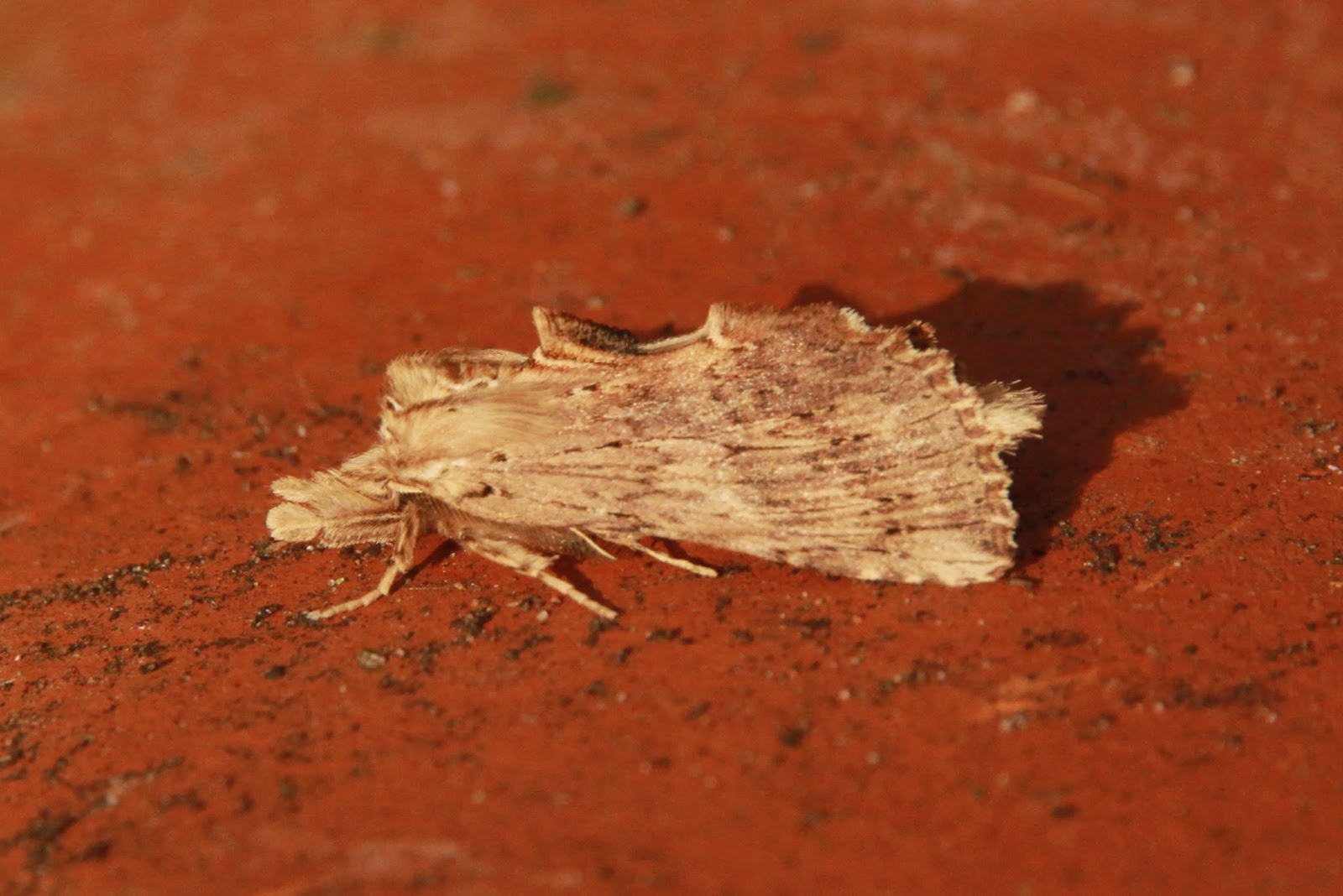 I hope you enjoyed the moths just as much as I did, I am becoming Wilde About Moths as well now!  All the moths are safe in the shed and will be set free after dark so the birds don't get them.