Frodsham Marsh is a great place to be out birding so it's an a absolute honour to take part in the WeBS count, which takes place once a month.  We had been told and read that two rare birds had been spotted and were hanging around the place, one on the Weaver Bend and one on No6 tank.

I have seen a lot of species of grebe when I have been birding, but never the Red Necked; this bird is rare for Cheshire and so it was really special to see. 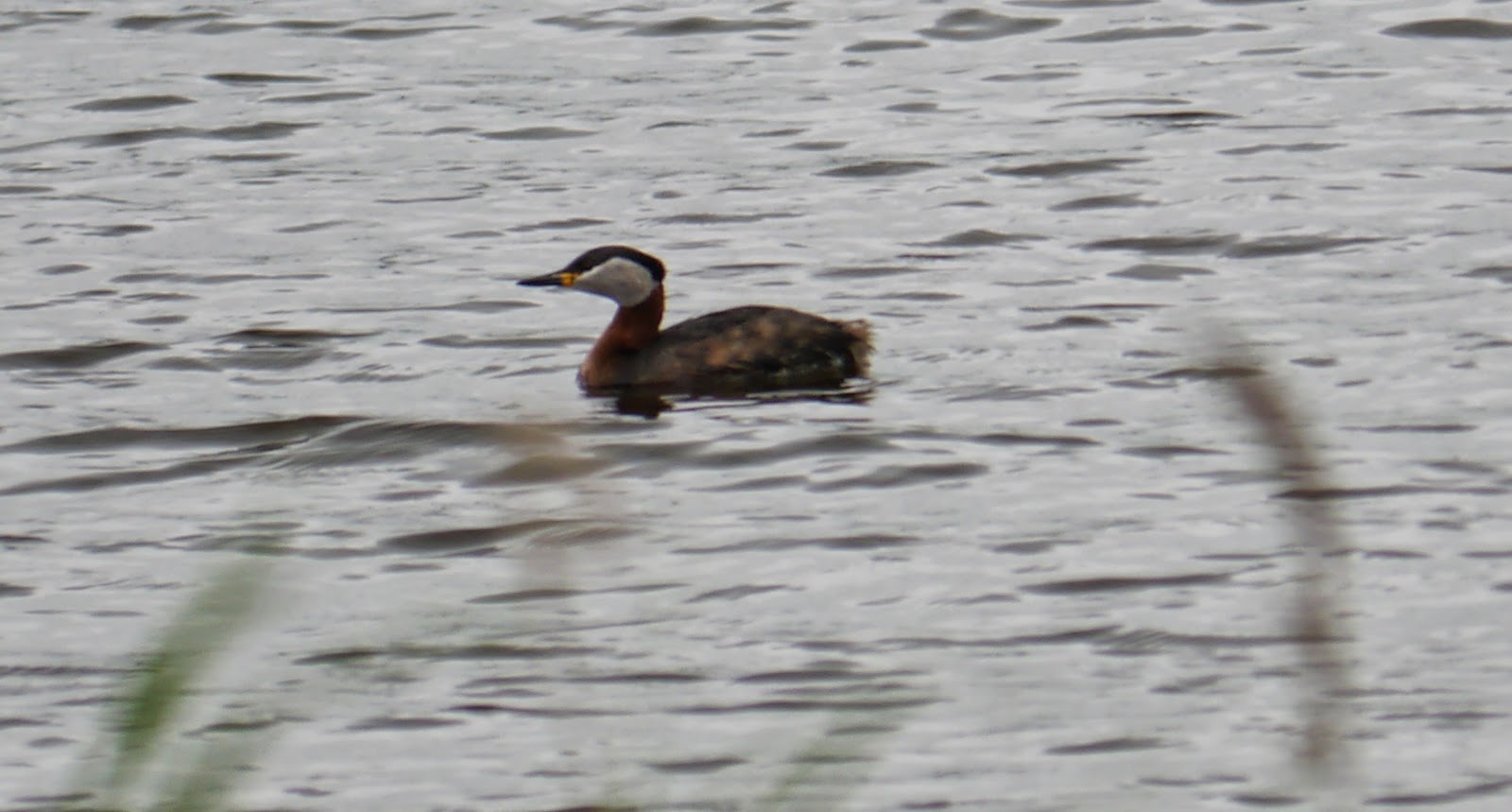 Now please excuse my pictures, there wasn't much light, but I still think you can tell what it is.  I spotted it almost instantly when I arrived at the Weaver viewing point, but it was only later that I got a proper view through my telescope. I pointed it out to the rest of my family and they were amazed by the size and colors of the bird.

Now I said before that I almost instantly spotted it, however at that point I was at a very good viewing area, however if you were walking along a trail always have a look out as you never know what might be out there, maybe even be a Red Necked Grebe. 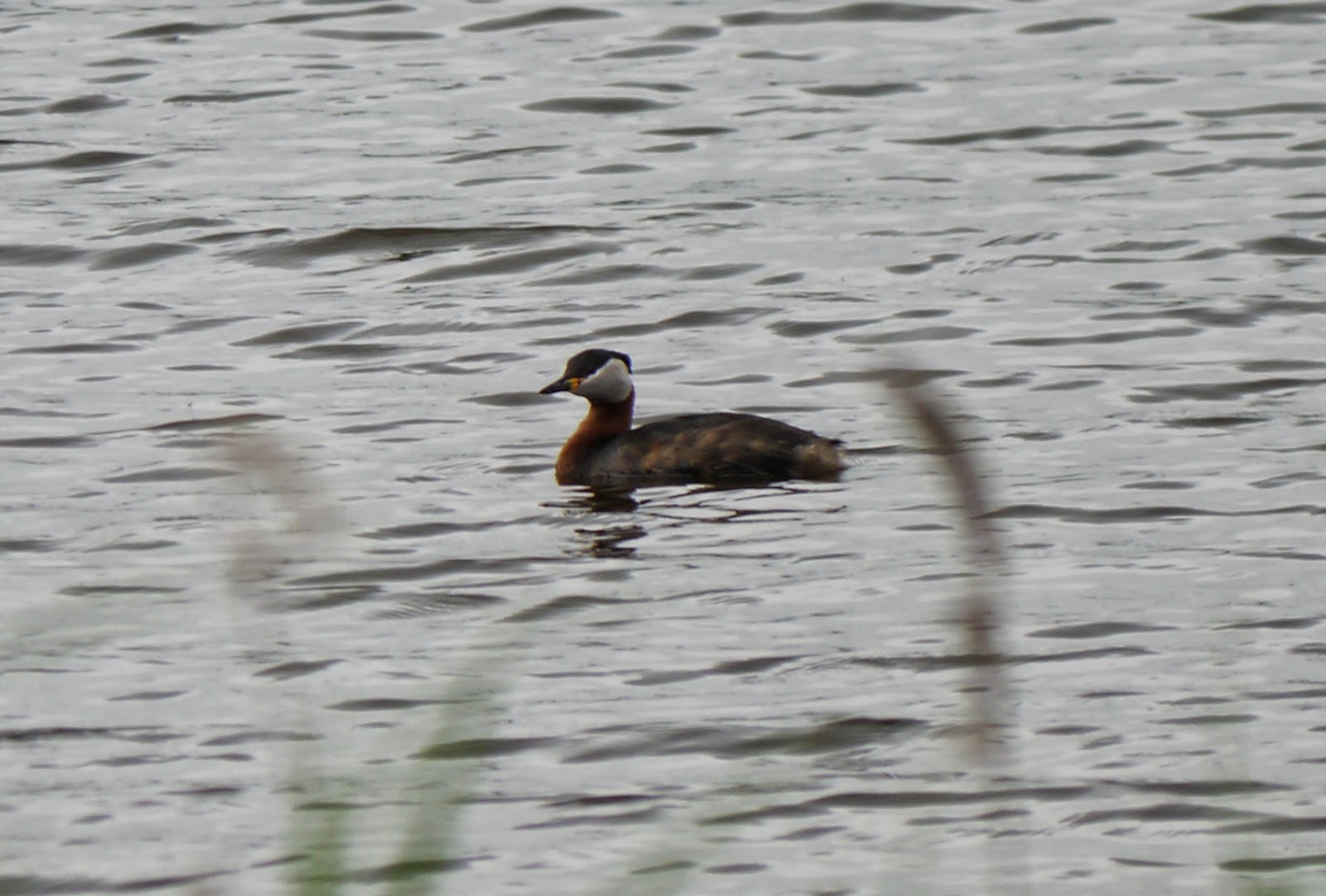 This individual behaved as if it owned this stretch of water, as whenever a Great Crested Grebe came along, the Red Necked would always fend it off as if it was on territory. 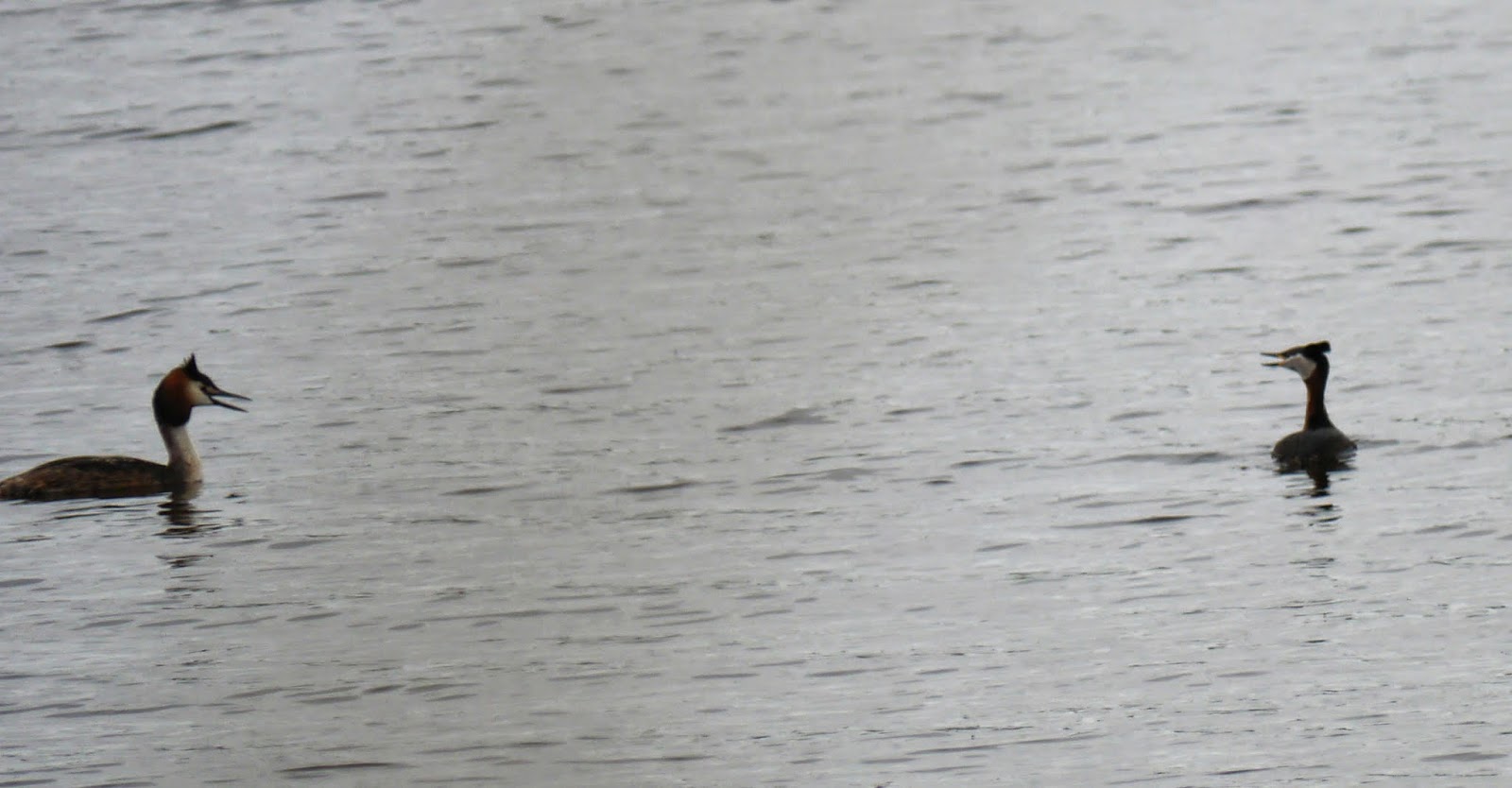 As you can see in this picture it wasn't the happiest of birds, even when the Tufted Ducks came along. 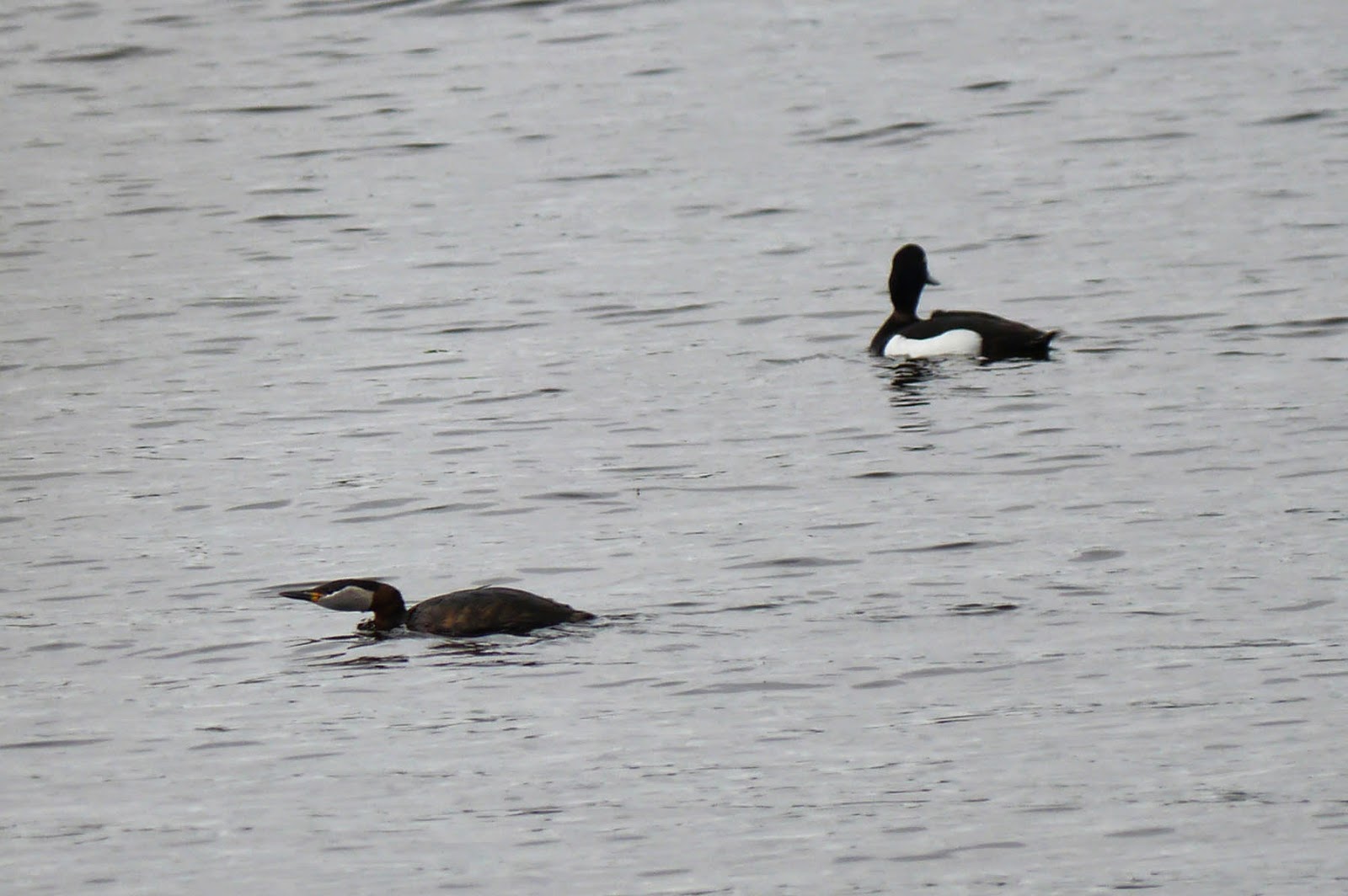 As we were about to leave the Weaver Bend and head towards No6 Tank, the Red Necked Grebe swam right over to the bank, so we got a closer look. 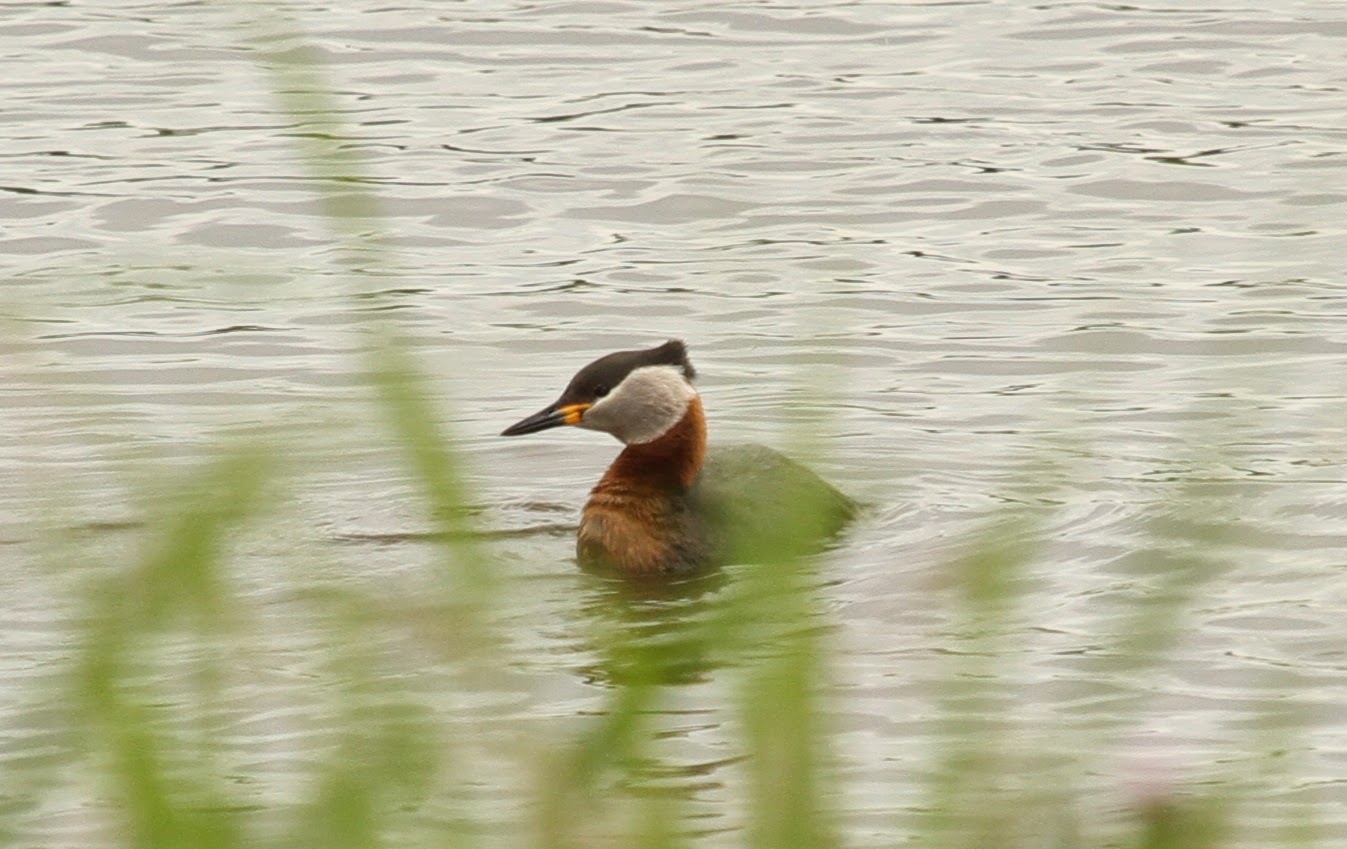 Tufted Ducks are such a recognisable bird and always a joy to see, but are Lesser Scaups as easy to identify? This was the other rarer species of bird that was located on Frodsham Marsh. This bird seemed to like hanging about near an old dead tree piercing through the water, however even though it was reasonably close to our vantage point, it was still incredibly difficult for us to spot it.

We used our telescope, and eventually came across it; what a wonderful sight. It looked as if it was moulting. As you can see, from a distance, the Lesser Scaup looks quite similar to the Tufted Ducks. If you look closely though the Lesser Scaup is much greyer than the Tufties both on the sides and across it's back. 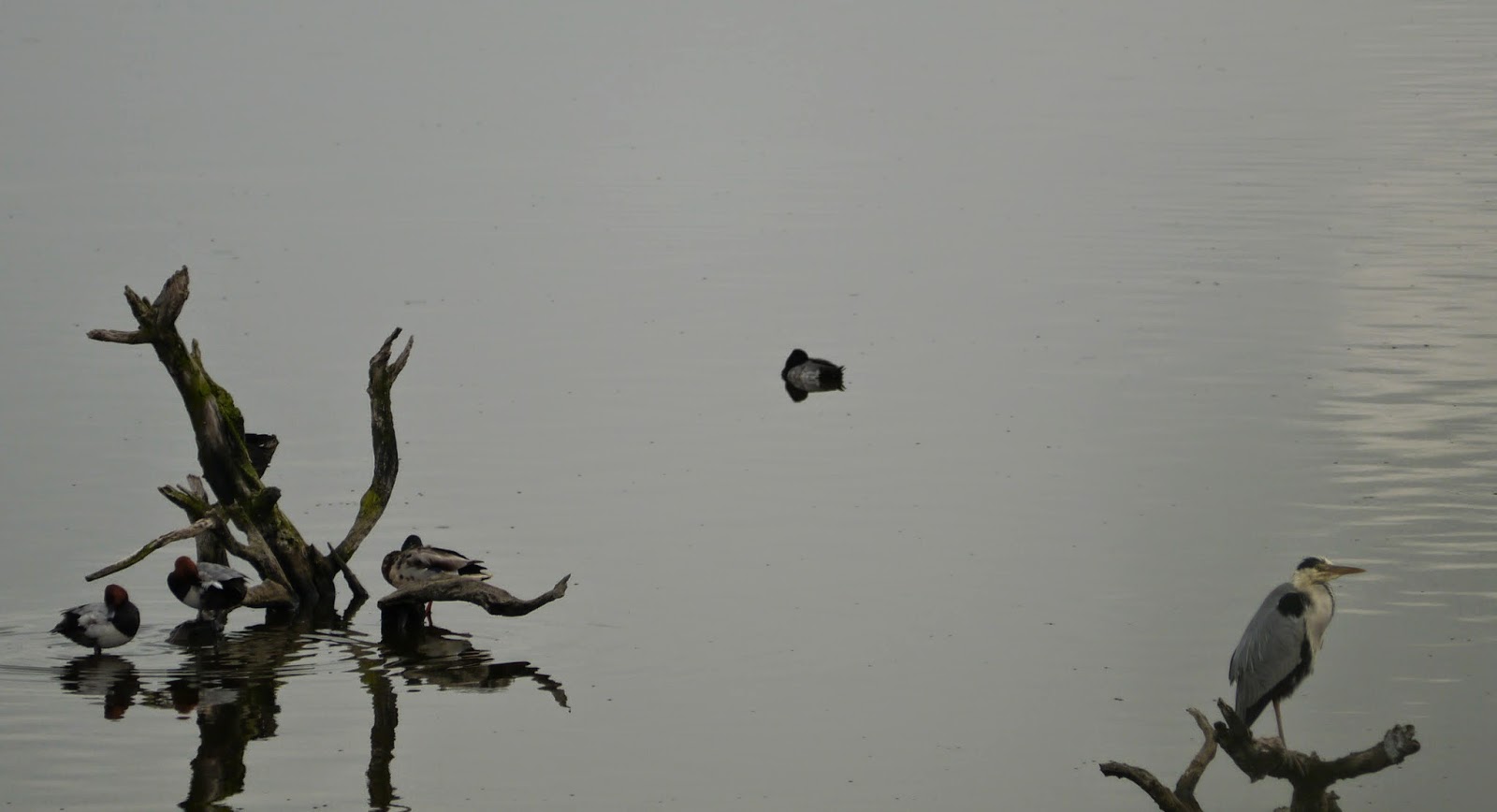 Also whilst we were there we saw a pair of Avocets feeding along the water line on No6 Tank, these were lovely to see and later they took off and flew right over our heads.  With the help of a scope, we scanned the full tank and I came across a small wader feeding in a shallow pool, I zoomed in a little and realised it was a Ringed Plover.

The other highlights from the WeBS count included a flock of about 500 Black Tailed Godwits (with a few Shelduck mixed in) which kept circling round the Weaver Bend, but never settled. 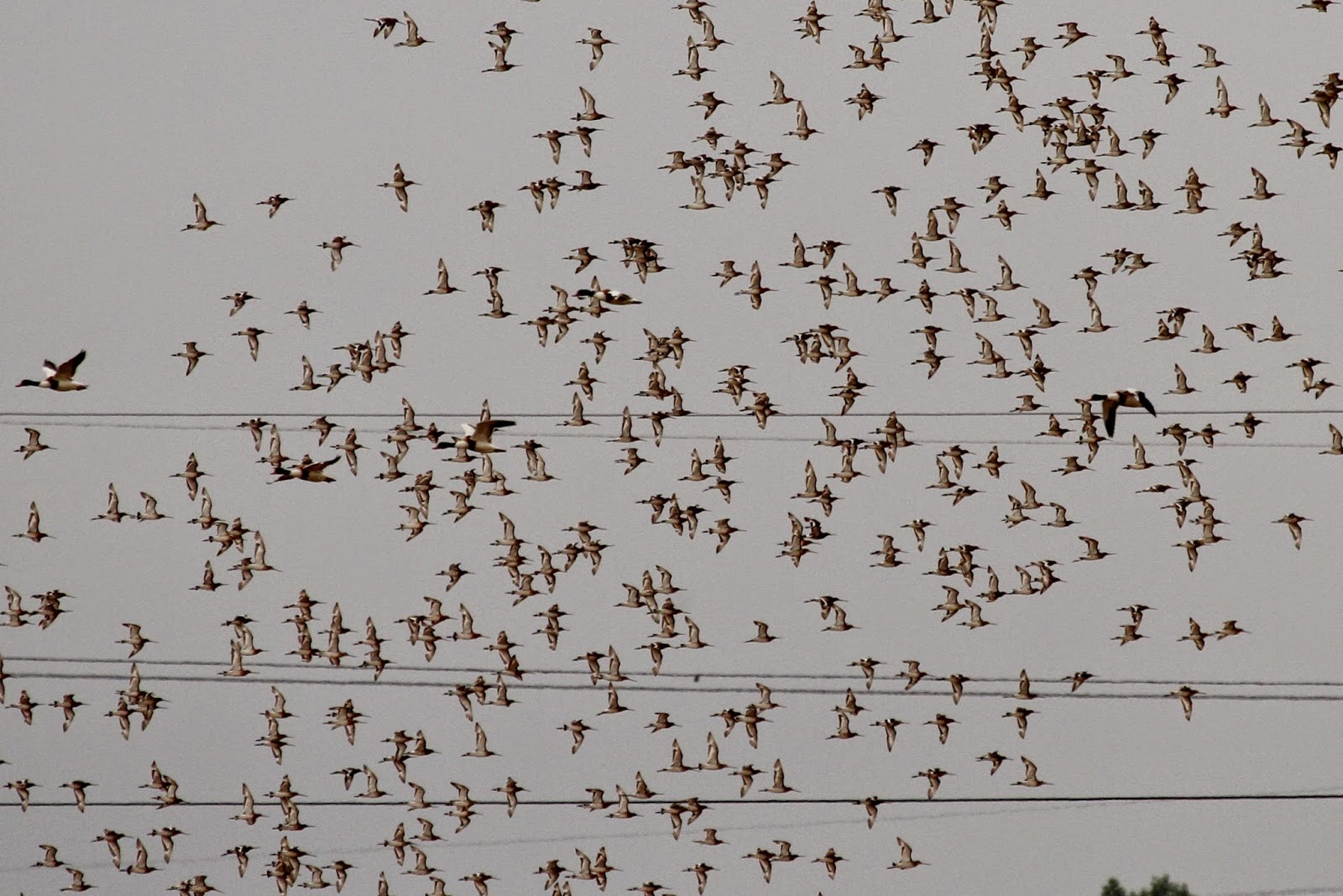 Another great experience doing the WeBS count.
Posted by Findlay Wilde at 18:24