Saturday the 4th of August saw me attending the annual Countryfile Live fair, which this year took place at Blenheim Palace in Oxfordshire. I had been invited to attend by the National Trust. 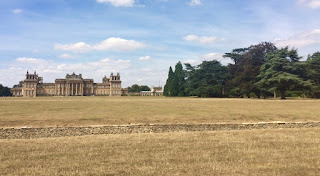 Due to GCSE exams it has been difficult to get involved in anything birding and conservation based, so it was especially good to be joining a panel of conservationists and naturalists to talk about our own experiences in the natural world and how to inspire others (especially the next generation of conservationists).

The panel session didn't start until 12:15 so I had plenty of time before the debate to have a look around the event and see what it was all about. It was much bigger than I expected, even though I had read that an estimated 100,000 people would be attending throughout the 5 days. It was really encouraging to see that many people were in fact of the younger generation and it was great to see them engaging well with the likes of the RSPB, Wildlife Trust and BTO. 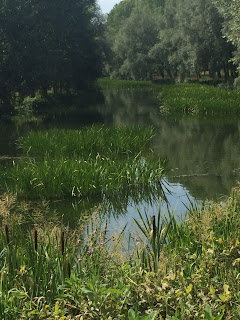 It was also great to meet up with Rosie, a local farmer at home in Cheshire, who runs a fantastic stewardship farm, which has been managed to encourage an amazing abundance of wildlife. 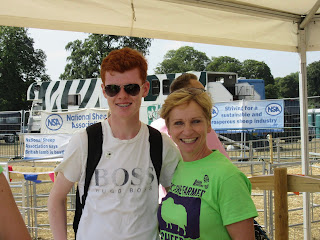 Due to the vast amount of wildlife based stands, it was great to see some familiar faces; the BT0, for example, were attracting a large audience by leading a ringing demonstration.  The previous day they had caught and ringed a Buzzard, which was a bit of a surprise for everyone involved.  Again it was great to see lots of young children being inspired by the natural world.

Before long it was time to head over to the National Trust marquee where the panel session was taking place. Before the event started,  I got to chance to meet my fellow panellists who consisted of Ray Mears (bushcraft and survival expert), Gwen Potter (National Trust countryside manager), Billy Clarke (young naturalist and TV researcher) and Lizzie Daly (wildlife presenter). It was great to meet these people beforehand and discuss our ideas and share some of our recent experiences. 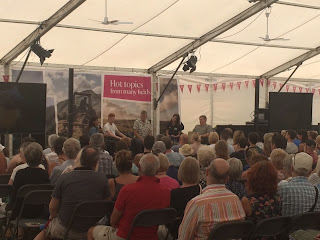 The panel session consisted of the chair, Tom Heap, asking each one of us individual questions for roughly 40 minutes before the questions were opened up to the audience. The panel session wasn't exactly what I was expecting; however I managed to get in points about the importance of environmental issues being part of the education system and how important it is to raised awareness about environmental issues such as the illegal persecution of upland raptors.

I also talked about the positive sides and power of social media.  There were mixed views on social media, but I still believe that social media was a key part of my engagement with like minded young people. It allowed me to meet up with a peer group (that I didn't have in school) and share ideas, experiences and ideas about conservation.

A few years ago, I posted a series of guest blogs on the "13 years Wilde" topic. A recurring theme in these posts was the lost years. At the age of 13 many people started their disconnect with nature. For me, this is the time to introduce the harder facts and to make people understand how losing important eco-systems will directly impact them.  This to me should be done by incorporating environmental issues into all parts of the curriculum in secondary schools.  But that is another blog in itself.

I was hoping that we would cover more on careers in conservation and how to get people interested in it; but not surprisingly many of the questions were directed to Ray Mears about his experiences and thoughts on trophy hunting, re-wilding etc. Whilst I did not agree with everything Ray had to say, I did agree that in a case like the Hen Harrier situation, the priority has to be safeguarding the birds.

Overall, it was a fantastic opportunity and it was really interesting to hear quite different view points on conservation, some I agreed with, and some I really didn't.  I would have liked longer to talk with these people and I hope I will get the opportunity to meet up with them again. 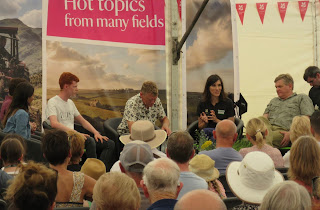