My last blog post was to launch the 2018 #Inglorious12th Thunderclap.  As a reminder, the Thunderclap is calling for an end to the "illegal' persecution of uplands wildlife, something that everyone should want to see happen. Currently this year's Thunderclap has reached the following numbers:

Last year by the 12th August we had an 11 million social reach and 3565 supporters, so we have some way to go to beat that and raise even more awareness.

But we still have 11 days to go, so I am asking you all to help in any, or all of, the following ways:

As a reminder, here is the link to the Thunderclap:

Like a lot of you, I was delighted to hear that this year there were 14 breeding attempts by Hen Harrier pairs in England (up from last years 4 breeding attempts. 9 of these attempts were successful and 34 chicks have fledged.  But I will be even more delighted when we no longer have to campaign against the illegal activity linked to grouse moors.

Thank you in advance for your help with this last big push and I hope many of you can make it to one of this year's Hen Harrier Days. 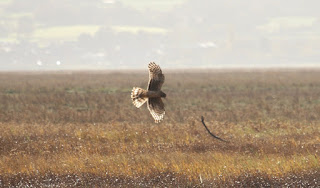