A Great End to 2012 at Frodsham Marsh

I had a visit to a new reserve today called Parkgate, there wasn't much there since the tide was out; however there were a few Curlew, Teal, a Deceit of Lapwing joined by 2 Black Tailed Godwits, a few Mallards and a solitary Redshank. I plan to visit here a lot more in the New Year, especially during the high tides when the raptors go hunting.

We soon moved on to Frodsham Marsh (after enjoying our picnic), however we had to call back home, as dad had forgotten the camera. 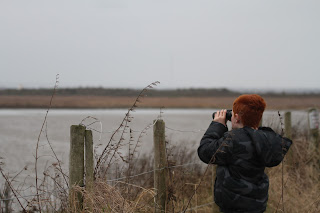 When we eventually got to the Marshes we were joined by 4 species of wader; Lapwing, Golden Plover (a first for me), Redshank and a few Curlews; duck wise there were 2 Pintail, Teal, Mallard and a couple of Pochard.

We kept seeing Cormorants flying over the car quite low, and then when we looked into No.6 tank we found out where they had gone. 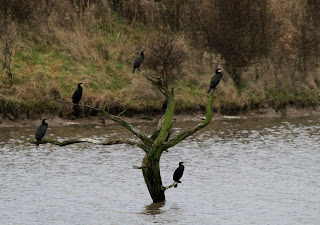 My favorite duck species were out today, this male Teal was rather close to the bank. 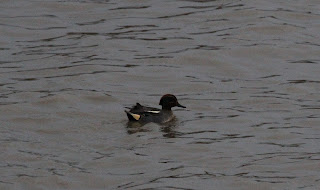 This Buzzard was looking a bit confused in which way to go. 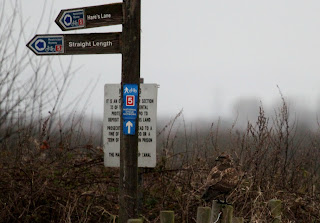 This Kestrel was doing quite well to defend it's territory from this Buzzard who was at least 5 times bigger. 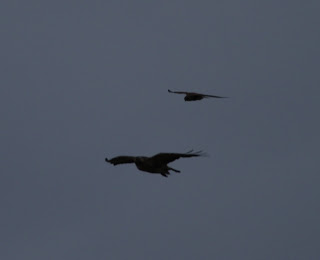 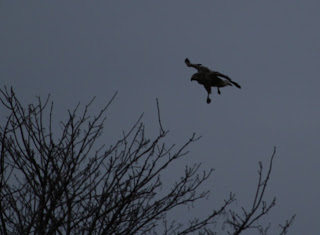 We met a local farmer on the track who said that he had been clearing a ditch so all the flood water from the fields would run in to it. He could then put the cattle back in the fields, because he didn't have enough food stored up for winter. 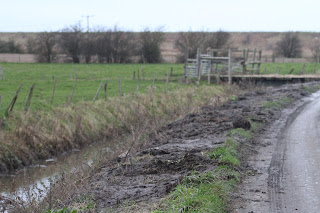 I spotted a pair of active Stone Chats perched on a dead thistle. I think the male are one of the most colorful birds. 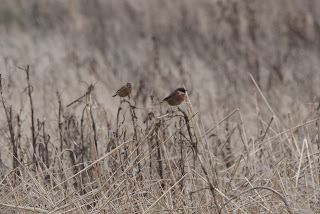 It was getting quite dark so I couldn't get any more bright pictures, but I did like this Grey Heron flying home.