I wanted to write about Frodsham Marsh tonight to help Bill Morton celebrate 1 year of his Frodsham Marsh Blog. Bill knows everything about the marsh and is so knowledgeable whenever I meet him there; although I did teach him about the “unkindness of Ravens”! He updates the Frodsham Marsh blog everyday with all the sightings visitors have seen and some stories from the olden days. 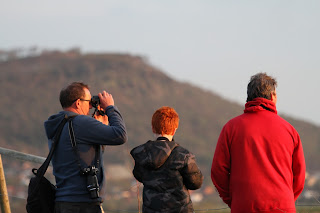 Frodsham Marsh is an amazing place where you can find anything from a Redshank to a Hooded Crow or from a rabbit to a badger. Frodsham Marshes isn’t an official nature reserve, it is just land owned by farmers and the Manchester Ship Canal, which is great because it isn’t busy which means there is always birds about. 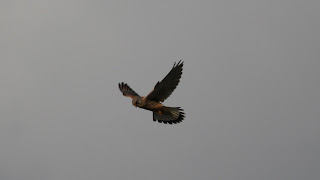 Everything about the Marshes is so enticing, it is always offering me and probably everyone else that visits so much wildlife to see and listen to; I like it that much that I can’t go bird watching there and not enjoy myself. 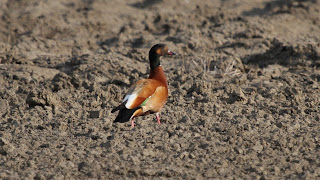 The main bits of the marsh me and my family visit are number six tank, number five tank, number three tank and Lordship Marsh. The tanks that I have mentioned to you are basically a big area of land which is filled with silt and mud from the Mersey Estuary and the Manchester Ship Canal. Number six tank is currently the only one being used; due to the other five have already been filled and are no longer usable; however all these tanks are a bird heaven not only for Waders but for Geese, Pipit Species and raptors. 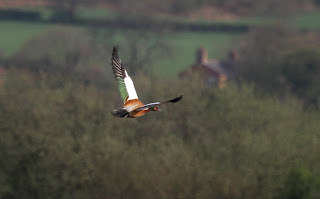 Talking of Raptors, the area of land is filled with miles of reed bed and marsh which is great for Hen Harrier and Marsh Harrier which I have both seen myself. 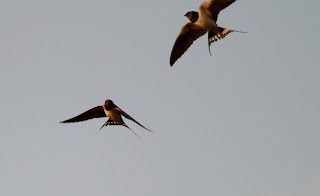 Now that sunny weather is approaching at Frodsham Marshes I am starting to see most of our summer visitors, so far at the Marshes I have seen Willow Warbler, Chiffchaff, Wheater, Whinchat, Whitethroat, Swifts and Swallows; however all these fantastic birds I have seen were not all spotted by me, so I would really like to thank Bill for all the help he has given me whenever I see him at the marsh. My brother Harley really enjoys it there too, as he is enjoying taking pictures. This is his picture of the first Bluebell to come up at the marsh. 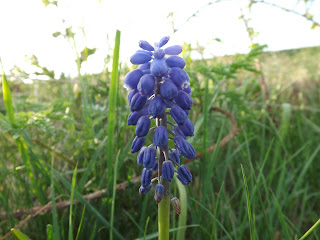 If you get a chance, you really should visit it, you will probably bump into Bill because he just about lives there. This is a brilliant photo that Bill put together for me.