I am really excited to introduce my first guest blog. You all know by now how important I feel it is for natural world experts and enthusiasts to engage with primary schools and show the younger generation why they should respect our shared home, Earth.

Well, Dawn Balmer has kindly written a guest blog for me all about her recent talk at her local primary school. Dawn is the National Surveys Coordinator at BTO and was previously Atlas Coordinator for my best Christmas present, the Bird Atlas 2007-11.

So over to Dawn. 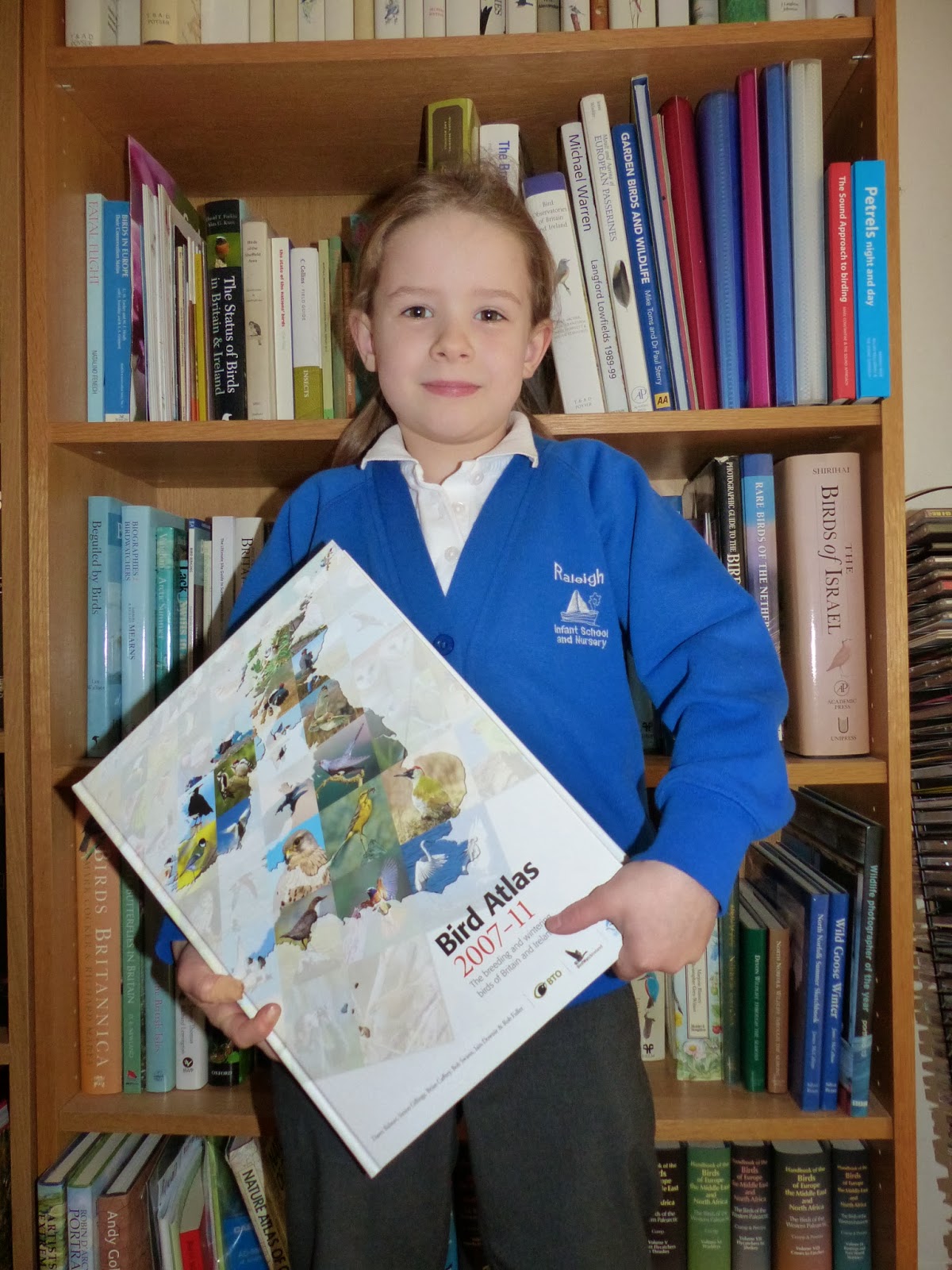 Last week I was delighted to lead the afternoon assembly at Raleigh Infant School in Thetford.  This is the school just a five minute walk from home where my seven year old daughter attends.  I was invited to speak to Year 1 and 2 (five-seven year olds) about the new book that I had been involved in writing – ‘the Bird Atlas’. The children were very excited to see ‘Bethany’s Mum’ giving the assembly again; I had previously given one about a year ago on the theme of garden birds, just ahead of them taking part in the RSPB’s Big Schools’ Birdwatch.

I started off with a quick geography lesson showing the children a map of Britain and Ireland, highlighting where the mountains are and told them some of the adventures the volunteers had in reaching the top of mountains in the winter and canoeing around islands off the west of Scotland.  Rather than talk about the detailed maps that form the bulk of Bird Atlas 2007–11, I told them about the special places where birds live and how they fit into the local environment.

They loved the story about the Ptarmigan and how it is white in winter so it is camouflaged against the snow (and their feathery legs to keep them warm) and then a mix of white and grey in the summer to blend in with the rocks. I asked them to spot how many Ptarmigan they could see against the rocks and they found them all eventually!  Closer to home, I told them about the Stone Curlews that live in the fields and heaths around Thetford and how they are also well camouflaged against the stony fields where they live. A stunning photo of a Puffin with a beak full of fish caused the children to erupt with laughter and mumbles of ‘penguin’ could be heard around the room. They really are comical birds aren’t they! Some of the children said they had seen Puffins whilst on holiday, though it’s hard to know how many really had!  There was a quick story about the Wren (the most widely distributed species in Britain and Ireland) and how they are able to nest almost anywhere and also the Tawny Owl (together with a sound recording) which is absent from Ireland, Shetland, Orkney and the Outer Hebrides.

I finished off by telling the children about the project and book – how many pages, how many people had taken part, how long it had taken to collect all the information and write it (we started before many of them were born!). The school runs a series of challenges throughout the term under the banner of ‘Raleigh Writers’ so I ended by encouraging them to enjoy their writing, and told them how proud I was to have been involved in writing such a wonderful book.

It didn’t take long for me to prepare the photos and maps for the PowerPoint, and it took just 30 minutes of my time to get to the school and deliver the assembly. Hopefully the stories I told will stick with the children for a while and perhaps inspire some of them to look at birds a bit more closely next time. If just one of them remembers the call of a Tawny Owl or can recognise a Puffin again, it will have been time well spent.

If you’ve got a passion for wildlife and children of primary school age, then I encourage to you to offer to give an assembly at your child’s school. You will be rewarded with enthusiastic children and it might just spark a life-long interest for one of them. How I would have loved to have heard a talk about birds when I was a six year old!