It was great to be out ringing again on Saturday as I haven't been able to get out due to the weather over the last couple of weeks, this is frustrating,  but I put all that behind me when I finally got up at 2:30am to a great session (on the way we saw what looked like a female fox, which ran across the road in front of us).

Before we started putting up the nets, we had to cut back all the net rides; brambles and nettles had totally overgrown the path and net rides themselves, so once all the nets were up we came out with a load of lumps and bumps (from the nettles) and lots of thorns and spikes (from the brambles).

There was a mix of birds early on and obviously at this time of year quite a reasonable amount of juvenile birds including Tits, Dunnocks, Robins, Blackbirds, and a number of Reed Warblers - these were  my first Reed Warblers of the year that I was able to ring. 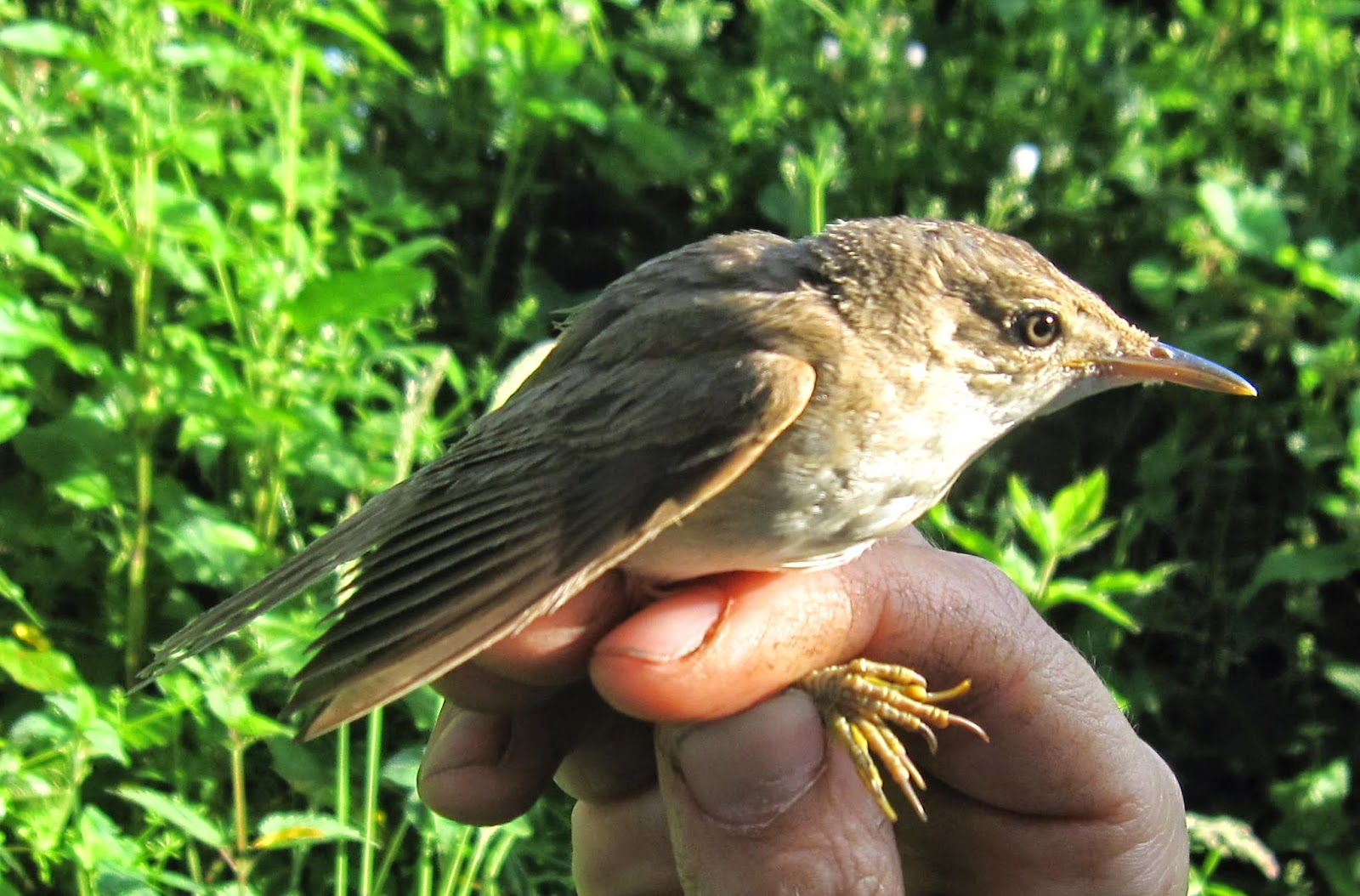 This Reed Warbler in the picture above was ringed at this site four years ago - amazing. I wonder how many chicks it has helped to raise in this time?

After a few net rounds things started to slow down a bit, however a couple of Chiffchaff at the end of the day were nice to process.  Of course like I have said in other blog posts, when you are ringing you get to watch the birds/wildlife as well, and it was lovely to see a family of Great Spotted Woodpeckers and even saw a Six Spot Burnet Moth.

After the first session of ringing we went to one of the local farms to ring some Kestrels. 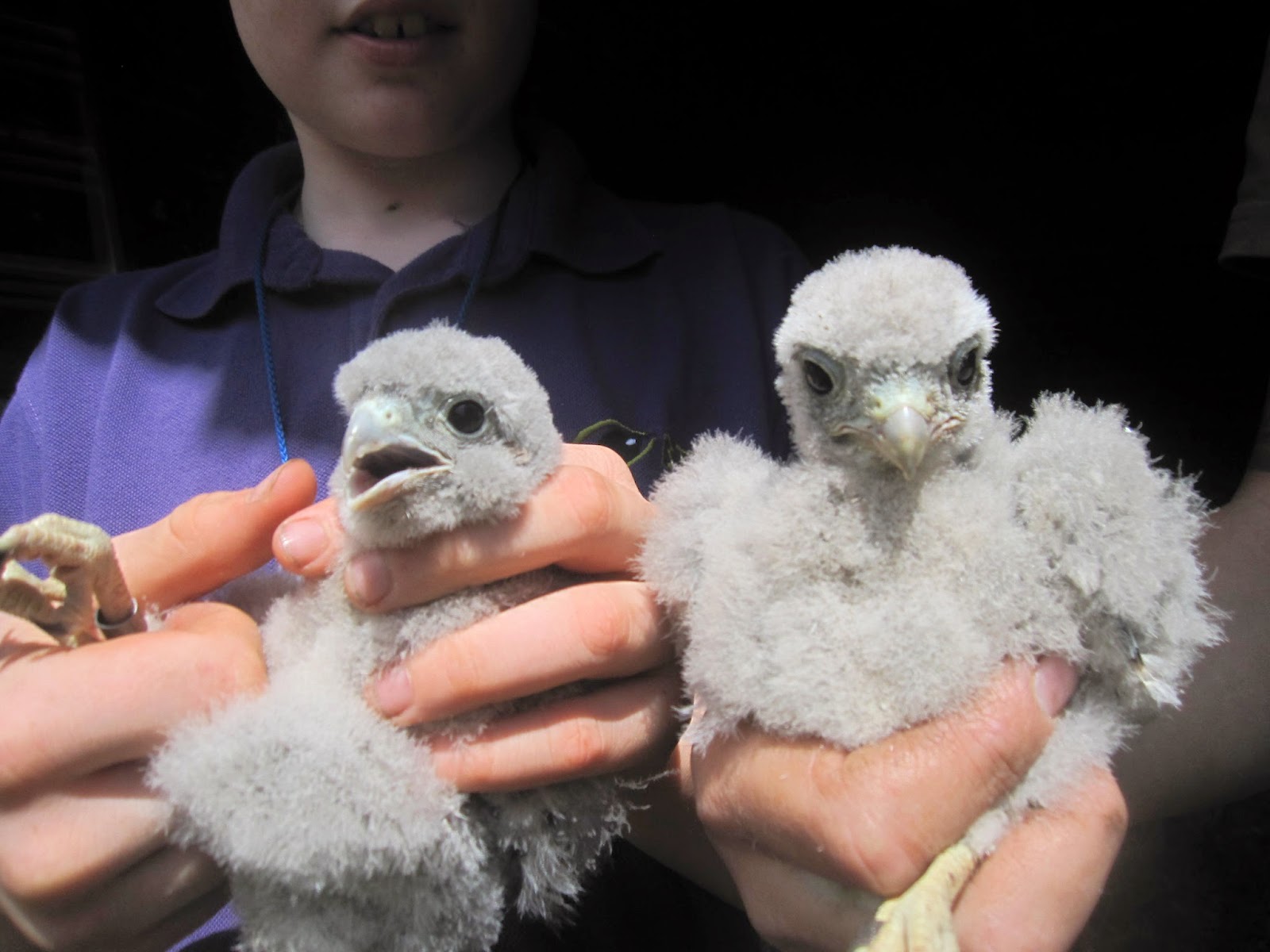 Only two Kestrel chicks had hatched and they were the perfect age for ringing. They are kind of a bit ugly and a bit cute at the same time, but just fascinating to study up close. You may remember earlier in the year we had caught an adult bird at a different site which had made its way into the bottom pocket of one of our nets and I thought I would share the photo again here so show the young chicks and a fully grown bird side by side. 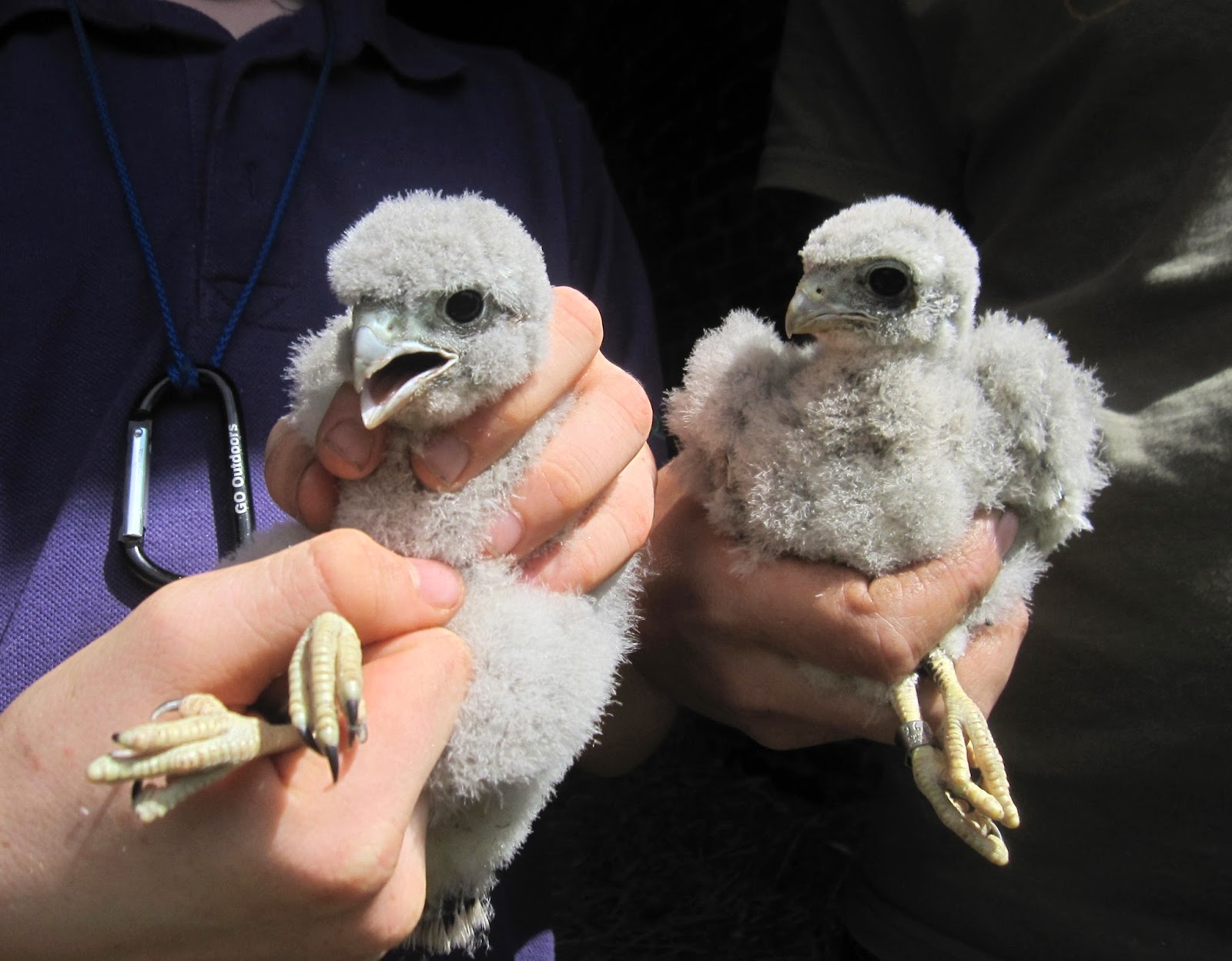 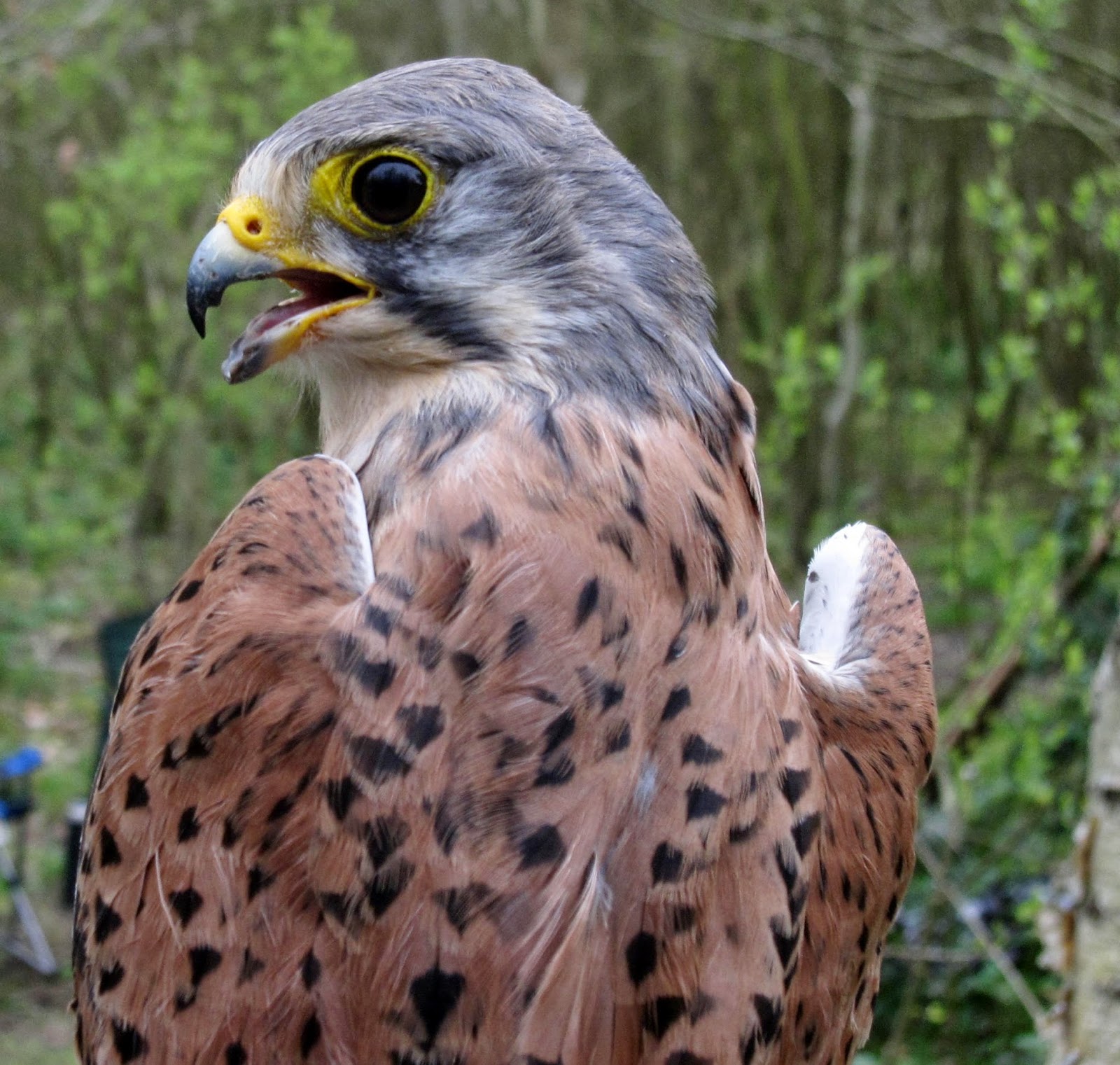 We also ring Swallows at this farm as we are carrying out a RAS project on this species so it was great to see some of the pulli being ringed today. 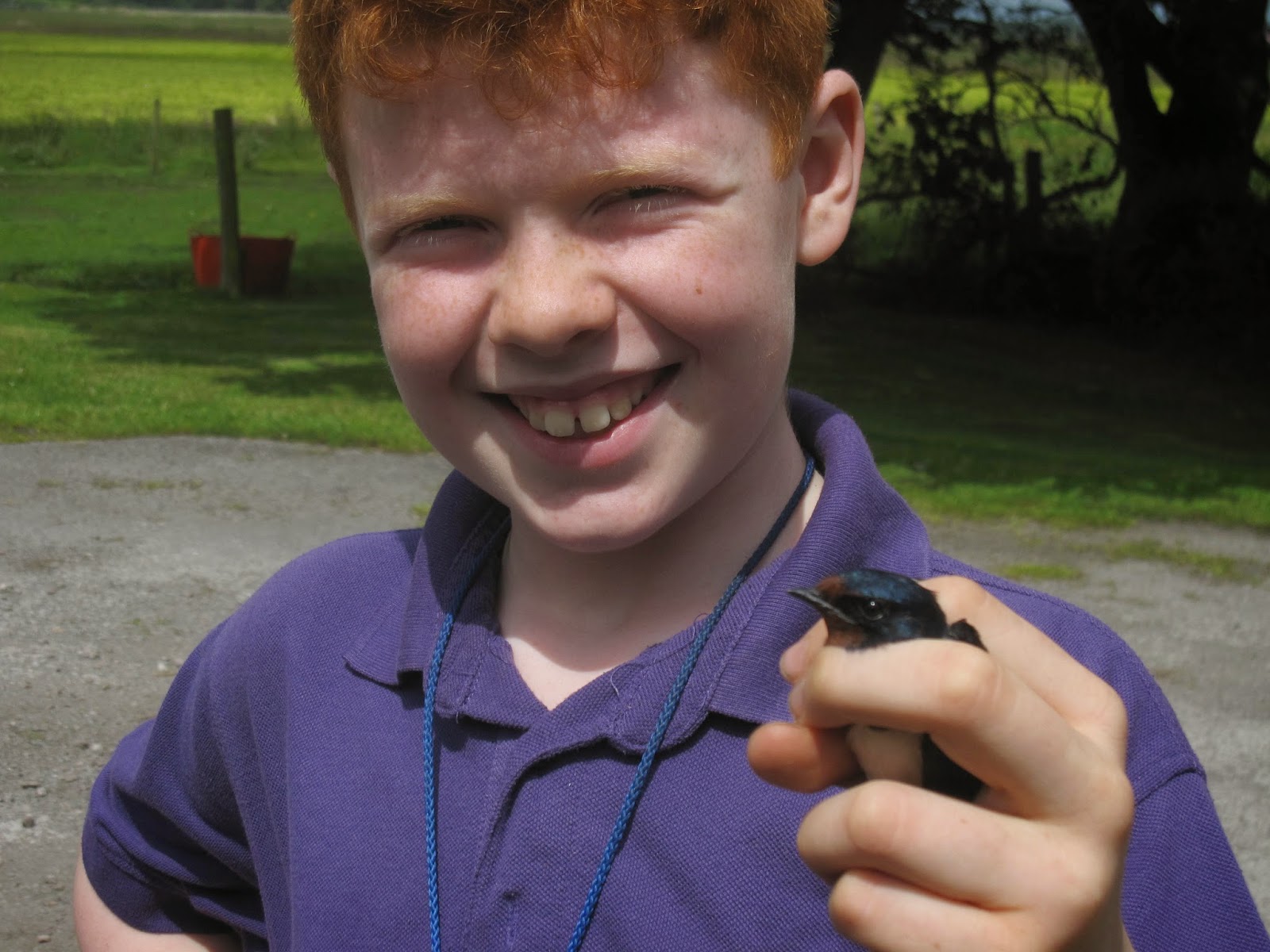 Let's hope we see them when they come back next year.
Posted by Findlay Wilde at 17:28