The next guest blog in the 13 Years Wilde Series comes from Stephen Moss.  According to his Twitter bio, Stephen is "a naturalist, author & TV producer, passionate about birds and British wildlife".  But this doesn't show how much Stephen does to encourage my generation in engaging with wildlife. His book "Bumper Book of Nature" is one of my brother Harley's favourites and he has taken it into school loads of times to try out some of the things to do. I have met Stephen several times thanks to A Focus On Nature. He has given up lots of his time to talk to, engage with and encourage younger generations and I admire him for this. 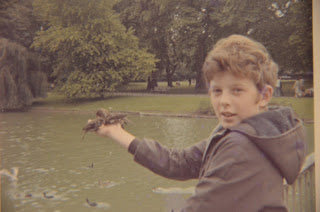 To be honest, I sometimes struggle to remember what I was doing when I was 13. It just seems so long ago. And then I get out my bird notes, and am instantly taken back in time to that awkward first year of teenagehood: of spots and school, puberty and purple herons… at least in my dreams!

Actually, 1973 (yes, you’ve now worked out that I am 55) was a crucial year for me, firmly cementing my lifelong passion for birds. If I leaf through This Birding Life, a collection of my Guardian Birdwatch columns covering these formative years, I am amazed at just how much I managed to pack in.

In April 1973 – just before my 13th birthday – my mother took me for a few days holiday to the legendary Minsmere, which was about as difficult to get into, as Colditz was to escape from. Advance permits were required, for which you had to send your birth certificate, inside leg measurement and great-grandmother’s maiden name, and then be checked by MI5 to make sure you weren’t a Russian spy (I exaggerate, but only a little). Once we did get in I not only saw my first avocets, marsh harriers and loads of other fabulous birds, but I also met the legendary Bert Axell, the warden and creator of Minsmere. Like the other Creator, Bert had a god-like aura about him; yet he took time to speak to me and point out some special birds (which is probably why I talk to young birders now!)

My ‘local patch” – although that’s not what we called them at the time as the term hadn’t yet been invented – was Staines Reservoirs. Imagine the worst place you’ve ever been birding, and add high winds, driving rain, baking heat, plagues of ladybirds (during the 1976 drought) and all the birds at least half a mile away, and you’ll have some idea what this place was like. But my birding friend Daniel and I still visited religiously once a week, cycling there and back and keeping immensely detailed notes which we still have, unpublished and unread, to this day.

Ah yes, Daniel. Or as I should now call him, Professor Daniel Osorio of Sussex University. Had we not sat next to one another on our first day at grammar school, in autumn 1971, I would almost certainly have given up birding. Fortunately we discovered our mutual interest, and by October 1973 his family were happy to take us off to North Norfolk for the autumn half-term holiday; and then let us walk, cycle and hitchhike around the place as if stranger danger hadn’t been invented (which of course it hadn’t).

On our first visit to Cley (dubbed ‘the Mecca for birdwatchers’ by John Gooders, who wouldn’t get away with that today) we racked up some fabulous birds including grey phalarope, bean goose, black redstart, Richard’s pipit, and both snow and Lapland buntings – all, of course, lifers for both of us. The icing on the cake was a splendid great grey shrike, which we found for ourselves on a country walk a few days later.

So 1973 was, all in all, a vintage year; which continued into 1974, when we made the first of many visits to Dungeness Bird Observatory, and twitched Ross’s gull during a camping trip to the New Forest; and 1975, when we found a male little bittern at Stodmarsh. During that period we had loads of time for birding: there were only three TV channels, which shut down for most of the day; tablets were things you took when you had a headache; and the Internet was still decades away.

The only distraction was girls, though to be honest we were late developers, so even they wouldn’t be on the horizon for a few years. Looking back, I have a lot of common ground with my contemporary Mark Cocker (actually I think he’s a year older – but doesn’t look it!) In his excellent book Birders: Tales of a Tribe he writes:

I often rehearsed a nightmare scenario in which a large gang of girls stood in a scornful huddle laughing at the nerd with the anorak and the binoculars. I don’t know why I should have had that particular childhood fantasy. At that age I didn’t even know any girls.

So I’m delighted for you, Findlay, and the growing teenage gang of birders and naturalists, that birding is now so cool that you probably use it to impress your friends, rather than being embarrassed about it… At least I hope so…

PS: One more thing – I do envy you; with a lifetime of birding and wildlife watching to look forward to!

Stephen Moss is a lifelong birder, naturalist, author and TV producer, living on the Somerset Levels. 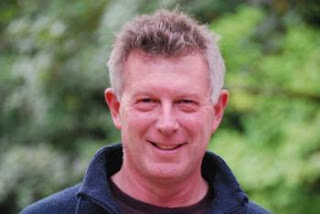