The next guest blog in the 13 Years Wilde series comes from James Common.  He describes himself as a naturalist, birder, aspiring ecologist and blogger. If you haven't visited James' blog already then you must check it out, it's called Common By Nature. James has also done lots of nature writing for groups such as AFON and NGB, and he is also a writer for Wildlife Articles. I was delighted when James approached me after reading a few of the 13 Years Wilde blogs and wanted to do one. As with all of the people who have written a guest blog for me, James is hugely supportive and kind over social media, and I'm know that you're in for another great read.

A huge thank you to Findlay for running this extremely interesting series of blogposts. The apparent disconnection between wildlife and today’s youth is an issue extremely close to my heart and something I have talked about at length - most recently as part of AFON’s “Vision for Nature” campaign. I don’t quite know how I am going to follow previous, admittedly quite enthralling posts by respected names like Mark Avery, Matt Shardlow and Lucy McRobert but I will give it my best shot. If anything the following picture should achieve a chuckle or two! 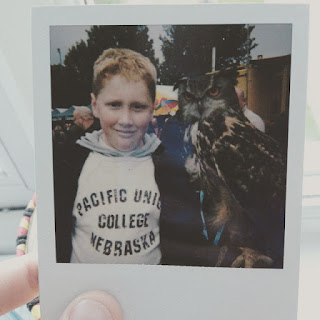 At 13 I wasn’t like most children. I couldn’t tell you anything about sports, video games or mind numbing television shows but could quite happily list the Latin names of my favourite birds, identify a number of commonly encountered trees and could readily separate your Small-Tortoiseshells from your Red Admirals. At 13 other children aspired to be vets, nurses and firemen, I aspired to be David Attenborough (who doesn’t). Was I odd? Maybe, though I truly embrace this now. At the time however, things were different, at school going against the grain was far from routine.

Growing up on the Northumberland coast I have been extremely lucky, at least in the sense that fantastic wild spectacles and beautiful countryside views have always been part of my life. Indeed I have loved nature for as long as I can remember though it wasn’t until the start of my teens that I truly began to discover my passion for the natural world. At 13 everything was new, everything was exciting and even the most run of the mill wild encounters were enough to set me chattering like an over excited Parakeet for days to come. The only problem was that I had no-one to chatter to.

Growing up as a young naturalist my early teens were an extremely lonely affair. Until my departure from high school and my eventually “coming out” as a naturalist, school was a frightful business. Whereas other kids partook in sports and parties I opted to spent my time in the woods, immersing myself in nature and getting to grips with my beloved birds. Other young adults it seems were utterly unable to fathom this apparent affront to normality and thus at 13 I began my career as a wild pariah. At 13 however I didn’t care, I had my birds and for me school was just six hours. Six hours of mundane, mind numbing boredom that otherwise could be spent roaming around my local nature reserve. At 13 the opinions of others held very little meaning.

My blissful ignorance changed as school advanced however, my isolation waning only when I began to conform to normality. Eventually I found my place in the pecking order though this was no easy feat, achieved only by completely supressing my “wild side” and hiding my inclinations from even my closest “friends”. At 13 I was still fairly vocal about my love of nature, at 15 however I rarely spoke of it. Indeed as my academic career advanced I developed somewhat of dual personality, enduring the benign talk of teenagers that dominated my days and venturing out and about only by night, absent the judgemental stares of my classmates. As I stated earlier I have always loved nature though as a young lad growing up in the North-East this love manifested itself as more of a dirty secret, my passion bottled up inside day after day, year after year until my school years finally expired.

Throughout all of this there was however one person who listened to me, one person with whom I could truly be myself and let my love of the natural world run free. I am of course talking about my dear old Grandmother, Vera Harrison, a truly amazing lady and a person to whom I owe a great deal. Without my Gran I can safely say that the ridicule and bullying associated with my school years may have had a far greater impact on my life. From 10-16 the majority of my weekends were spent with my Gran, venturing into in the woodland surrounding the River Blyth and having a veritable whale of a time. We made walking sticks, pressed flowers, watched birds, caught insects in the garden (always releasing them safely), played conkers, and spent innumerable hours walking our dogs up and down the river taking in the sights and sounds associated with Northumbrian coast. Oystercatchers, Mute Swans, Little Grebes, Otters all bring back extremely fond memories. In truth I owe an awful lot to my Grandmother, not just for keeping me sane during my torturous teens but for providing me with the identification skills and the knowledge to take my passion further in later life. (If you get round to reading this Nanna, thank you. Though if I am correct you will probably tell me to “stop being soft”).

And so we come to the present day. I made reference above to “coming out” as a naturalist, to me that choice of words perfectly describes the feeling of sheer relief that accompanied my departure from school and eventual embracing of natural history. Indeed, coming out as gay at 20 was a relative walk in the park when compared to owning up to my passion for wildlife. The latter resulted in far more raised eyebrows for sure. Following school I was able to cut off many of the “friends” who frowned upon my choice of hobby and was finally able to be myself. At school I would not have dared openly tweet, talk or blog about wildlife, now however I find it hard to stop. My late teens and very early twenties have been a breeze. Birding, twitching, blogging, botanising, herping and volunteering, all have found a place in my life and all have increased my feeling of self-worth tenfold in recent years. I boast of being a birder and naturalist whereas only a few years back I may have lied through my teeth to prevent the truth breaking free.

Now, as I look towards taking the plunge into a conservation based career I look back with disbelief on my teenage years.  Did I really need to be so secretive? Did I really I need to suppress my passion? The answer is clear, no. Kids can be cruel but after all the jibes and taunts words are wind. If you are truly passionate about something then you should embrace it full throttle. It is inspiring to see young people such as Findlay Wilde, Sorrel Lyall and countless others truly embracing their wild side. I do however firmly believe that for every one person that is open about their inclinations another two hide them. This has to stop. Wildlife is not the realm of freaks and outcasts and people must stop thinking of it as so. 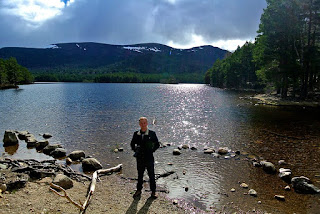