A very important break from the 13 Years Wilde series.

Last year I was offered the opportunity of ringing some Hen Harrier chicks to learn more about the species and their ecology as part of my species learning as a trainee ringer. Now, a few weeks back I received an e-mail, explaining that the time for ringing the juvenile Hen Harrier chicks in the nest would be coming up soon, and I was delighted to be out somewhere in Wales on the moors ringing Hen Harriers last Thursday evening after school.

I was out with a very experienced ringer for the BTO and also the RSPB warden who put all the time and effort into finding the nest. Amazing dedication of continual monitoring and understanding of species and habitat.

It was a bit of a trek to the nest as the ground was quite uneven, with large tussocks of grass, boggy sphagnum moss and of course dense heather.  However, the ground became more firm as we reached the nest site.  The nest is basically a few sticks with a sort of a platform, however the chicks seemed to make their own tunnels in the heather where they are less visible from predators. 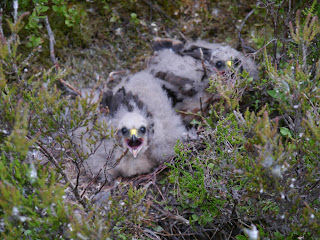 We were no where near the nest when we first picked up the call of the female Hen Harrier, and then she came into view and gave us superb views as she darted over us, with some stunning scenery behind.  She had obviously spotted us a long time before we spotted her! 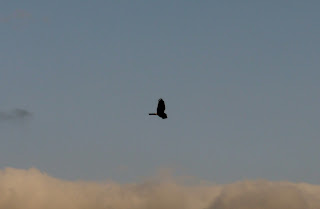 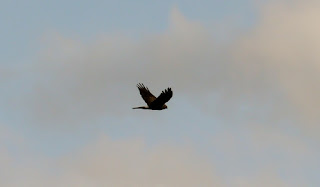 As it got into early evening, huge clouds of midges attempted to eat us alive, but fortunately there didn't seem to be any where as near as many as when we actually got round to ringing the chicks.

The conditions were perfect, and in this particular nest there were four chicks, all of which were females, you can tell this by the the color of the iris. It will be greyish for a male, you can also start to tell by the plumage, and other bio metrics. 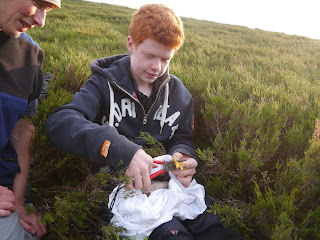 The chicks that we ringed took F sized rings, and sat perfectly quietly and calmly on our laps whilst we carefully carried out the ringing process, took the measurements of the chicks wing and weight. 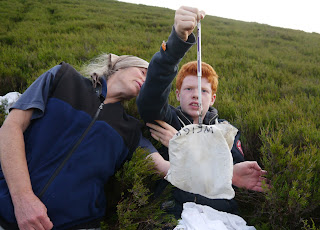 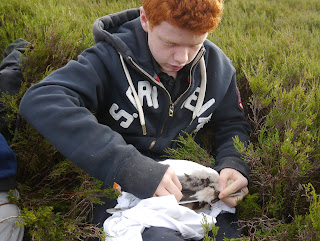 After all the bio metrics were taken and recorded, we returned the chicks safely back to the tunnels they had made.

I learnt so much from the experience and to top it off, just as we were leaving the nest site, the male Hen Harrier appeared from no where and circled right above, giving us spectacular views which really made the experience all the more mesmerizing. 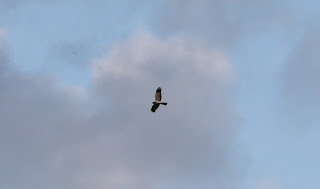 I wonder what the future holds for these 4 chicks. Seeing such healthy chicks in such a stunning setting did fill me with hope, but it also made me want to fight even harder for them. I know that you will understand why I am not going in to too much detail in this post about the location etc.

Before I finish this blog, I just have to give a huge thank you to some special people. Firstly Gethin, who did a fabulous job on finding the nest and keeping up the excellent effort into watching over it. Also Adrienne who watched over me whilst I ringed the Hen Harriers and explained the whole experience superbly, which made being out extra special as well. And also I have to say a huge, huge, thank you to Kel who was the one who organised the opportunity for me, and without him, I wouldn't have been sitting on a beautiful piece of moorland at dusk, watching and sharing something of the lives of these fantastic birds.

To learn more about Hen Harriers, the BTO ringing scheme and the work the RSPB do for Hen Harriers visit the web links below. You can also see how you can help stop these beautiful birds from going extinct in England: