Recently, I received a letter in the post from the BTO, inviting me to an awards evening in London at the Mall Galleries. The awards evening was last week, on Wednesday night, and as it was half term, it fitted in perfectly, meaning I didn't have to miss any time off school. This was my third time in London, (all conservation related), and it was great to be with the BTO on this occasion. 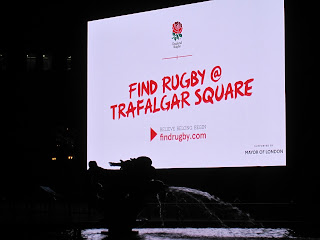 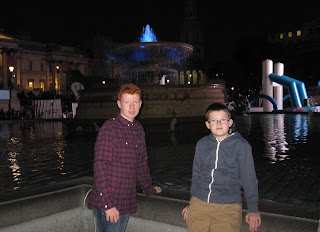 When we arrived at the Mall Galleries, I got to see Andy Clements pretty much straight away. It was great to catch up. We were then shown into the gallery by Ieuan Evans and shortly after that I bumped into Ellis Lucas, (a brilliant young birder) and had a good look round all the art with him. The Natural Eye 2015 Exhibition was taking place at the Mall Galleries, and it was great to be surrounded by so many wildlife related pieces of art work. 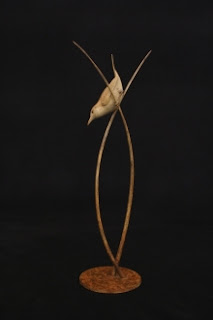 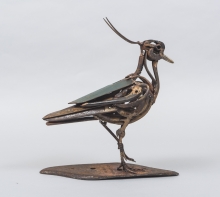 It was such an fantastic venue. And what's more the venue was filled with some really inspiring people.  Harriet Mead, President of of SWLA (and the artist who created the Lapwing above)  introduced the awards. Mike McCarthy from The Independent was next on stage to present the first award of the night, the Dilys Breese Award Medal, which was won Ben Hoare, Features Editor of BBC Wildlife Magazine. You can find out more about Dilys Breese and the history of the award by clicking here.

Next up was the presentation for the 5 Marsh Awards sponsored by the BTO. The awards were presented by Peter Titley, Ambassador for The Marsh Christian Trust, and Andy Clements, Chief Executive of the BTO. 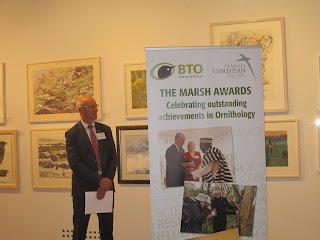 The awards presented were as follows: 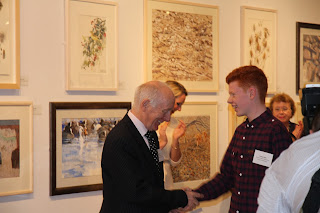 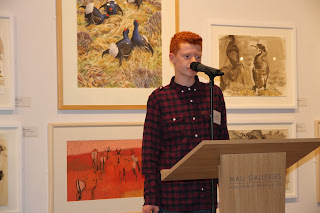 After the formal presentations were done, there was plenty of time to chat to people, which I always enjoy. I got to speak to all the other award winners, some of the artists, lots of great people from the BTO and many of the other invited guests.

Speaking to the other winners made me realise just how much can be achieved for wildlife and the environment with the right mix of knowledge, effort and determination.

I must say a massive thank you to the BTO and the Marsh Christian Trust. It was a very special evening, and one I will remember for a long time.