During the weekend, the annual North West Bird Watching Festival took place at WWT Martin Mere, where myself and Elliot Montieth were volunteering for the BTO. We were volunteering for both days, and our mission, if you like, was to hand out young membership leaflets/cards to the younger generation (under 18s), who had come for the event and had an interest in wildlife.

Our job was to engage with these young people, and make them aware of the BTO Young Membership Scheme, and if we could, actually get them to become members, as the BTO are trying to get more and more of the younger audience involved with their organisation. 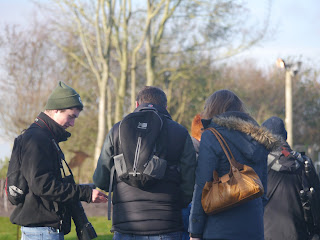 The person in charge of us was Kelvin Jones from BTO Cymru. It was great to meet up with him again, after being such an inspirational man in the past few years.  He has generated so many opportunities for me over the last few years that it was my absolute pleasure to be volunteering with him for the BTO. Kelvin looked after the stand whilst Elliot and I were out engaging with the young people. 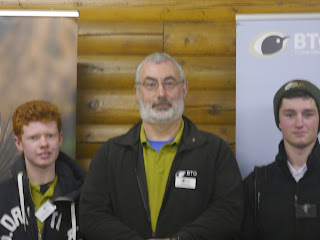 On the Saturday the event seemed to have a lot less people than previous years, so this made the job of engaging with young people a bit harder, however despite this we still got to have good chats with quite a few people.  Sunday was much busier though and there seemed to be a few more families about which was great to see. 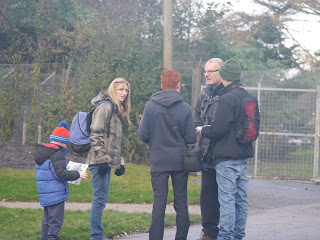 It was interesting to see that of the young people we spoke to, at least half of the them hadn't actually come to WWT Martin Mere for the Bird Festival, there had just been coming for a day out anyway. Many hadn't heard of the BTO but they were interested in what the BTO is doing once we got taking to them. A couple of the parents we spoke to were already BTO members though which was great to see.  All the children we spoke to had a really positive response to what me and Elliot had to say, and seemed to walk away quite interested, however we shall only tell if our work pays off, when we see how many more young memberships we get during the next couple of weeks. 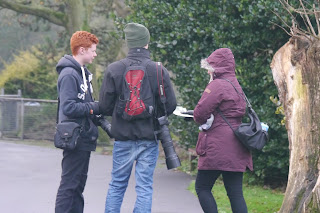 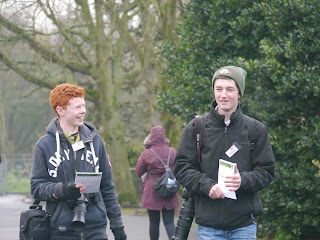 Now because we were walking around the reserve, I did of course manage to fit in a bit of birding and got fantastic views of a White Fronted Goose, and of course the usual Pink Footed Geese and Whooper Swans. There were lots of young people in the hides as well, so as well as giving them a young membership card, I also showed them some birds through the scope, which I hope boosted their interests even more. 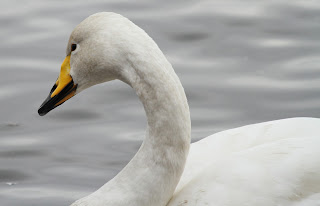 Of course you can't beat a full English on a freezing cold day, working hard, and having a great time. It also gave me chance for a good catch up with Mark Avery who was also in there waiting to give his talk later in the day.

On the Saturday we stayed to about 4pm, and at the end of the day we went over to the Harrier Hide to watch the murmuration of Starlings that has been happening over the past couple of weeks. Unfortunately we didn't get the best views of them coming into roost however a couple of other birds did gave us some great displays including an adult female and a juvenile Marsh Harrier, which are always a delight to see, especially when they put on spectacular displays, and quite close in.  Sadly the Harrier Hide got vandalised that evening after everyone had left for the day. I just don't understand why anyone would even think of doing something like that.

Over the two days, we managed to engage with 23 young people, Saturday having 12 engagements and Sunday 11. It was very good to see the amount of children at the reserve, a great sign for the future I hope.

Over the weekend there were also lots of great talks on, however my time was limited to be able to see any, but I did manage to fit one in. It was Iolo Williams talking about "Wonderful Welsh Wildlife". It was a great talk and one that I could relate to because of all the time I spend in North Wales. 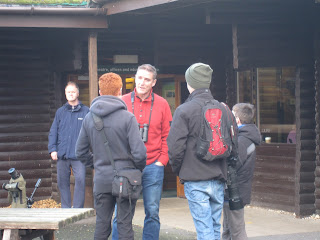 On the Sunday we didn't stay as late, however we still fitted in lots of bird sightings including 50 plus Ruff and a Mediterranean Gull, all of which showed nicely.

The most important thing during the weekend though was the engaging with young people, which I really enjoyed. I can't wait to see the results over the next couple of weeks on how many new young memberships come through. Of course I must say a massive thank you to Kelvin for giving me such a brilliant weekend volunteering for the BTO.

A fantastic Bird Watching Festival and I can't wait for the next one at WWT Martin Mere in 2016.