When Santa came to Look For Hen Harriers!

On Sunday I was volunteering with the RSPB at Parkgate overlooking the fabulous Dee Estuary; a favoured site for wintering Hen Harriers. The aim again was to raise awareness with the public about the illegal persecution of Hen Harriers and their decline.

Because of the awful weather recently, I didn't expect there to be to many people about, however fortunately the weather cleared up during the afternoon, so the promenade was quite busy.

I was volunteering with Elliot Montieth alongside Katy from the RSPB, who were all really good to catch up with. 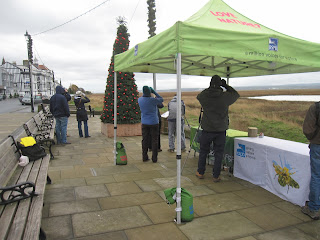 It was also fantastic to see Hugh Brazier who had come down to the Wirral to try and locate his great great Grandparent's grave and old house, which I am delighted to say he succeeded in doing. 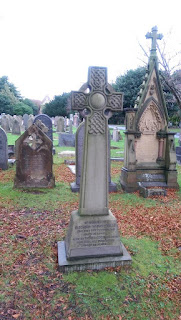 It was great to see Hugh, and I must say a massive thankyou to him for coming down to Parkgate as it was fantastic to watch Hen Harriers together. One ringtail (female Hen Harrier) in particular showed really well on at least 4 occasions. It is reassuring to know that they are still around the Dee, as they hadn't been seen for quite a few weeks after the last time I had been volunteering. 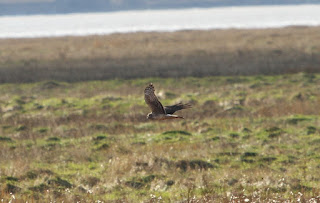 Of course it wasn't just the Hen Harriers, there was also a female Marsh Harrier seen and 3 Great White Egret were counted.

The promenade at Parkgate was already full of Christmas spirit with the tree up.  But all of a sudden a strange festive flock of people dressed in a mix of costumes came cycling down the road (must be all the Hen Harrier action drawing them in)! 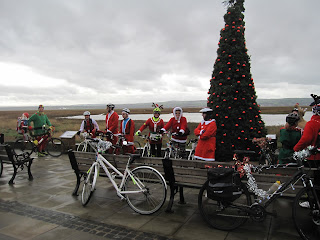 It was another fantastic event at Parkgate and I can't wait for the next one, especially in February/March when there should be some high tides flooding the marsh as well. A perfect recipe for a raptor feeding frenzy, so come along if you can.