The Pheasant and the Fox!

Today whilst my brother went BMX-ing with Dad, me and my mum went to the feeding station in Secret Wood. As soon as we got there, we spotted a Pheasant and a fox, it's just a shame that the Pheasant was in the foxes mouth! 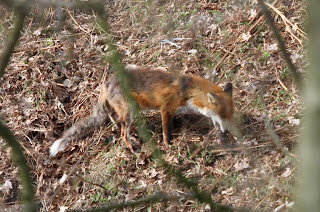 Fantastic Mr Fox stayed with us for about half an hour without noticing us and it came right up to us. It was quite a big fox, but very scruffy looking. 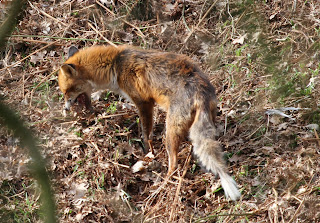 Even though some people class them as vermin, I think they are beautiful creatures. 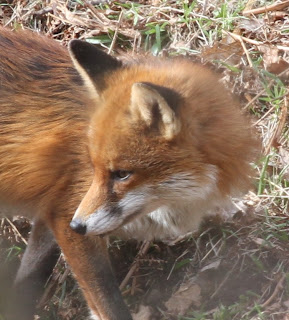 As we watched it, we saw it go off into it's den. At least we know where he lives now. 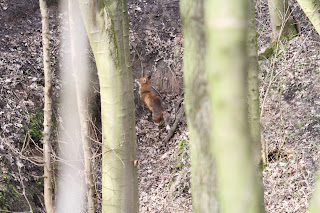 Apart from the fox, there were a few other great birds about: a few Coal Tits, Great Tits, Blue Tits, Long Tailed Tits, my pair of Great Spotted Woodies and best of all I am 81% sure I have found a Lesser Spotted Woodpeckers nest. The hole was about the size of a 50p and there was some fresh poo down the tree. 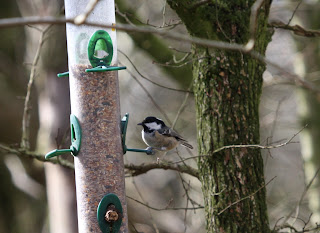 The two Buzzards near me are starting to nest. This one below is called chunky due to it having a big chunk out of it's wing. We heard it calling to it's mate all afternoon. 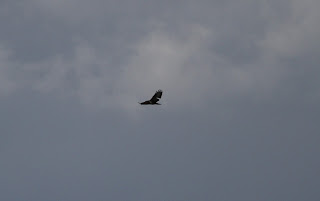 I found this herony (probably the first for this part of the river) on my birthday walk, so It was great to see how well it is progressing. The picture is just a record shot as the heronry was a long, long way below us and across the river. 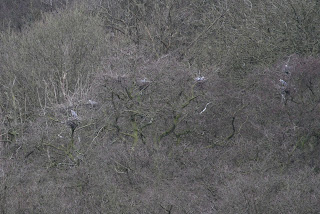 On the way home through the farm, we had another smile at the sheep that is trying to get rid of it's fleece on it's own. What a mess! 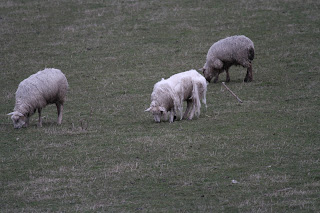 I also had a peep in the barn, and the new owl box has been put up (bet that got Richard Pegler's attention).