Yesterday I went to a whole new ringing place I have never been before in Lancashire with Scouse Ringer, Moxey and James. Here's Peter below explaining important bird facts. 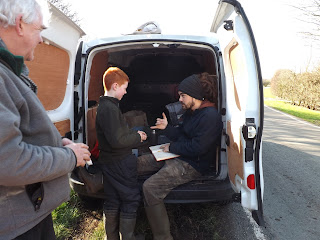 The bird that was one of the first out of the net was a bird I have been waiting to ring and have in my hand for ages, the beautiful Nuthatch. 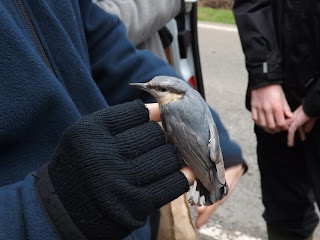 This Nuthatch is a female, and I will explain why in a minute. 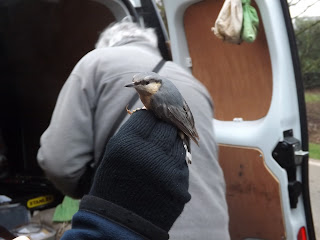 Right then, if you look closely you can see the flanks of this male Nuthatch below are a real dark chestnutty colour, however the female above would not have such a deep colour. 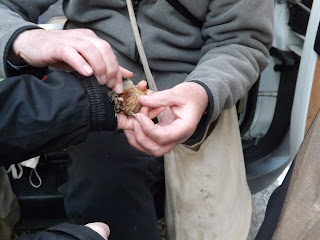 I think it was the second to last net-round we ended up catching two Treecreeper one adult one juvenile (Treecreepers are one of my dads favorite). 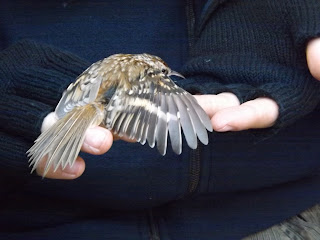 Peter said I could only ring the Tree Creeper if I could remember how to tell if it was a juvenile or an adult. Oh yes, I got to ring it. 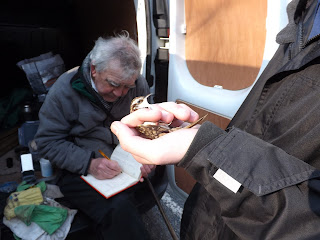 For some reason sometimes I feel under pressure when I ring a bird. It has to be perfect. 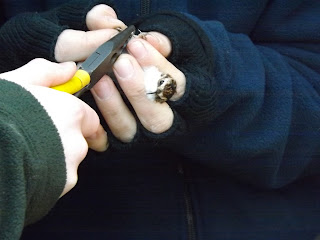 As the day started to come to an end, we caught a beautiful male Goldcrest. 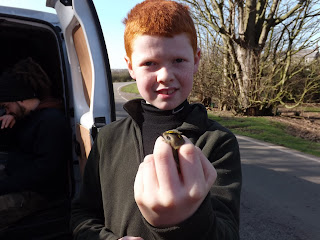 A few Goldfinches had discovered the feeders Peter had put up. 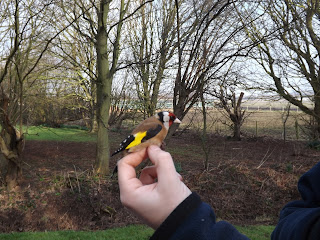 This Coal Tit obviously liked me, since as I released it from the weighing pot it sat in my hand. 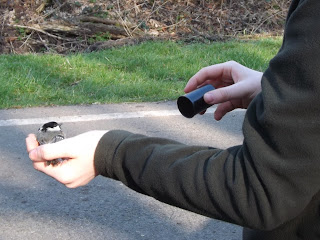 And to end the day a beautiful ringed Kestrel appeared out of no where. 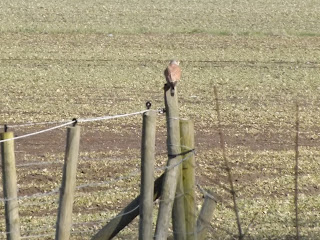 Another great day of training with Obi Wan Kenobi.