The next guest blog in the 13 Years Wilde series comes from Jules Howard.  Jules is a science/nature writer, zoology correspondent, author (not sure what order that should be in) and he really likes slug mites! I got to know Jules through Twitter and he has always been very encouraging and supportive to me, other AFON members and youngsters generally. Jules twitter feed is always great fun to read and will have you laughing out loud in a good way.

FROGS AT 13: how many naturalists do we lose in their teenage years?

At 13 I had a unique problem. I had no real interests in life at all. Nothing. No-one I knew at the time had much interest in anything, to be honest. Actually, one of my friends did have a secret interest in trains. But that was it. Oh… and football. There was that. We liked football. And video games. And football stickers. And video games with footballers in. Some of my friends had interests in the opposite sex but I didn’t even have that. I remember the looming threat of GCSEs gathering. I remember thinking that 13 would be the time that I could enjoy myself before all of the exam prep began. Before things got really serious. Before people started asking me “What do you want to be when you’re older?” and really hold me to my answer.

I remember only a single really meaningful encounter with nature at 13 and it was quite short and simple. I had gone to a friend’s house to play video games, but we had decided to play football in the garden instead. At the end of the garden was a fish pond and three smaller shallow plastic-lined ponds. It was early spring and there were frogs everywhere. I had wandered away from the game to have a look at what all the plopping and groaning was about (common frogs groan - they don’t croak) and I was transfixed. I lay on my belly, got my eyes right to the surface and watched. I stayed deadly still. Deadly silent. Migrating frogs would make their way out of the long grass and scramble into the water. Postering males would emerge proudly from within the spawn-mass and groan as if their lives depended on it (which they kind of do). It was wonderful. Another world, almost. A private thing that I had seen. I later beckoned my friends over. We all watched for a bit. After a while they went back to playing football. I stayed. I stayed… I waited to see what would happen next. I stayed for the frogs but then got caught up with the newts that were sharking underneath the water. I stayed for the newts but got caught up in the water beetles and the mosquito larvae. I think it was the weirdness that kept me there. And it lived within me. It grew, but only after a long period of dormancy...

After 13, I went on into the exam period of my life. I was ok at science. I got on well with my science teachers but I was often bored. I was bored because it felt like we were just learning things that other scientists did (Krebs, Darwin, Newton etc. - all male) and then simply being tested on our ability to recite the things that these scientists had learned, which in reality is exactly how the whole thing worked. But this didn’t work for me. My teachers were great teachers and they were brilliant at helping me recite these facts, but I went through the whole of secondary school failing to understand what science is: how the underlying principle of science is about curiosity and creativity and… resolving weirdness. I could have been more of a naturalist if I’d discovered the power of research and the power of asking the right questions as well as simply observing more about what’s around us. But no. I wasn’t motivated in any way to do this.

In the final few weeks of my A-level biology course, on a field-trip, I discovered that my teacher had a handbook of British plants that he took around with him everywhere, and that he’d ticked off the plants in the index that he’d seen. It turned out that he was a secret (and brilliant) botanist. Everyone laughed and there was lots of banter about it, but actually this discovery about our teacher made me really sad. I wished we could have learned what he had learned to give him the passion to chase plants in his spare time. I wanted what he had. Much later, long after school, I got there (?) but I wonder how many naturalists are lost at this crucial 13+ age. I wonder how many young people have to relearn nature in later life. I wonder how many young naturalists get subsumed within the great sausage machine we call the British education system. Probably many. Thankfully, not all. I’d be interested to know what your readers think, Findlay! Maybe it’s not a big deal? Maybe it is?

And so finally… I took Findlay up on his invitation to write for this blog thread mainly because I think that one day Findlay will probably become CEO of some big charity or other and therefore he will be likely to have the option of commissioning me for paid work, and I wanted to get in there early professionally while he is still only 13. But I also wrote this because….you know what?... I wrote this because I think it’s really encouraging for young people to talk more about their passions in nature, and have friends with which to share it. Many of the young readers of your blog are so brilliant at that. I suspect that my first encounter with frogs was something I kept secret from my friends for fear of looking uncool or weird. I was wrong about that. Many of you (and I refer to AFON as a whole here) don’t seem too worried about this; you just carry on being outwardly passionate about nature. Good for you. They say each generation gets smarter than the next. Well, you guys are proof. So keep going! 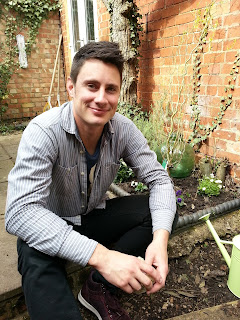