Today's 13 Years Wilde guest blog comes from Dr Rob Sheldon.  Rob is the Chairman of OSME and spends much of his time in the Middle East.  I first met Rob at the Birdfair and we had a really good talk (about birds of course), and it has been great to catch up with him a few times since then.  Rob has a tiny patch of dry dusty ground outside where he lives in the Middle East, but he gets some of the most amazing birds on it. We often tweet to each other about the birds that have been on "the smallest patch".  The OSME annual conference is happening today at the BTO Nunnery head office, so to find out more about what they do, follow #OSMEConf2015 on twitter. 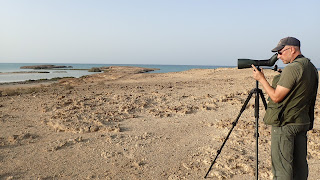 On the last day of my 44th year I got a Twitter message from Findlay asking for my email address as he wanted to ask me something. A few minutes later the email arrived asking to contribute a guest blog for his excellent website. Simply tell Findlay what I was doing for wildlife when I was 13, ie Findlay's age now. I had no hesitation, and emailed back saying I'd have something for you in a few days!! Wrong!! This turned out to be much harder to write than I first thought!

I suppose my wildlife journey can be divided into three stages. The early years, which started from about 7 or 8, I'm not sure on the specifics as it is too long ago to remember. Every Sunday as a family we used to visit my Nan. We mostly drove, but we'd often walk too, along a disused railway line then through some mature secondary woodland. I'm sure I never noticed the wildlife at first, but I had always loved being outdoors, running around and exploring, climbing trees, hiding in ditches - usual kids stuff, at least it was to me. I'd often visit my Nan's neighbours, Mr and Mrs Dorset. Mr Dorset was a birdwatcher, and I vividly remember in his front room a bookcase with loads of colourful bird books. He must have just started collecting "The Birds of the Western Palearctic" series, as I do remember being amazed by ostriches! There were loads of coffee table books with photos of birds from around the world. It wasn't long before I was going birdwatching with Mr Dorset every Sunday afternoon. We usually did the same route, that I remember clearly, a short walk along a busy road, then off down a quiet lane surrounded by arable fields (and loads of skylarks, buntings and finches etc). We'd reach the canal, then on to the sewage works, back along some farmland. Farmland birds were common, buzzards were rare.

I can't remember the specific timing, but it was when I was about 13, my interest in birds and wildlife waned. I don't really know why, and I've been pondering this ever since Findlay asked me to write this guest blog. My enjoyment of birds and wildlife didn't totally disappear, like many folk I tuned in to David Attenborough programmes, but I did stop the weekly bird watching. My attentions turned to sport - tennis, cricket and football - I wasn't great at any of them, but at least I was still outdoors. When I was 13 I guess I still had a latent interest in nature, but I don't remember any of my school friends having a similar interest, so maybe I just drifted along with the crowd. I guess I should be thankful that most of my school friends liked sport, so I did keep that connection to the outdoors.

When we weren't doing sport we would be 'hanging out' down the old railway line and areas of open ground, messing about - but always outdoors. The National Trust recently had the 50 things to do by the time your 11¾ initiative, I guess I'd done most of them by the time I was 13, except geocaching and riding a horse, although I'd certainly not made a large papermaché hen harrier! So when I was 13 I'd lost much of my direct interest in birds and wildlife, but still had that broader connection with nature. It wasn't until I was 23 that my interest in birds (and wildlife) returned. So in a wildlife context, I guess from 13-23 we could call the lost decade!!

My enlightened stage has continued since my university years (lots of ecology and bird projects), PhD studies (lapwings), and employment (the fantastic RSPB). I currently work abroad (for ZSL) and have done so for more than a year. I ponder a lot, Findlay's request has made me ponder even more. When I was 13 there were lots of skylarks singing above every field, turtle doves on every telephone wire. There weren't any red kites in England, hardly any buzzards and what was a little egret? When Findlay tweeted me, I was visiting my folks in Spain. In every small Spanish village there were masses of screaming swifts, a site I remember being common when I was about 13. Populations will always be in a state of flux, but one thing that doesn't change is our wonder of the natural world. Far too much wildlife is disappearing, and the experiences of the 13 year olds of the future will be poorer for it.

I'm glad that when I was 13 I had that connection to nature, there are many 13 year olds today that don't. I'm glad there are 13 year olds like Findlay and his peers who are connecting people with nature and wildlife through blogging, tweeting and their sheer enthusiasm. Nature is under greater threat than it has ever been, something I never really thought about when I was 13. 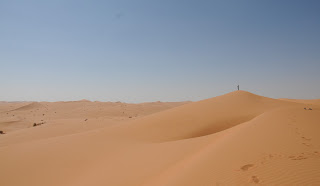