Today's 13 Years Wilde guest blog comes from my Principal at the County High School Leftwich, Miss Brandreth.  I really wanted to include Miss Brandreth as she has been very supportive of my conservation work by allowing me time off to attend conferences, give talks and do filming.  I think that at first Miss Brandreth was unsure about being included, but when you read her blog post it is just great; another example of how one amazing interaction with nature can stay with you forever. I'd better check the spelling and grammar especially carefully on this introduction though! 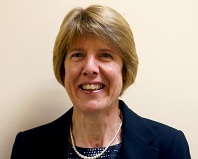 When Findlay asked me to contribute to his blog, my first memory of my childhood connection with wildlife was kicking a ball into a stream in a park. Without hesitation, I toddled to the water’s edge to retrieve it and got a tadpole stuck in my sock. Even the ice-cream that followed failed to appease me, but the incident did serve to awaken my interest in wildlife and many an ensuing holiday incorporated the exploration of rockpools, jellyfish and crabs, though never with bare feet!

Aged thirteen, my faithful border collie, Shep and I shared a large L-shaped garden which backed onto a series of fields and a fishing club. The latter encouraged all manner of wildlife which, once Shep was safely ensconced in his indoor basket, would inquisitively and bravely venture onto our lawn and trample quite a few of my mum’s favourite plants and shrubs. Weeding was frequently punctuated by her squeals as frogs and toads jumped out of the way of her nimble fingers.

Shep’s nose would twitch excitedly when the hedgehogs scurried the perimeter, hugging the house walls. Arriving home from school one afternoon, to my surprise and delight one followed me up the path. I even held open the gate so it could enter the garden and was fascinated by its tiny paws and pointed nose. I remember sitting one night by the back door and, in the light of a full moon, Shep and I held the gaze of a beautiful fox which stared at us motionless for a few moments before turning nonchalantly away, presumably to seek its supper in the fields. We decided we had neither heard nor seen anything the next day when our neighbour was cursing the rubbish that was strewn over her patio from an overturned bin.

My current garden still attracts hedgehogs and the occasional frog or toad and Coco, my three year old Jack Tzuh, allows me to feed the birds, though I suspect with a tinge of resentment as she sits beneath the birdbath and barks with irritation whenever they splash her. However, I have not yet seen another urban fox; I’ll keep watching, though.