This week I was really excited to be asked to help out with the the Frodsham Marsh bird count as part of the Monthly Wetland Bird Survey. Thanks Bill Morton for asking me and my family. The Mersey Estuary is one of the best wetlands in Britain and bird numbers have fallen lots and helping do a count helps find out WHY ?

The weather this weekend has been terrible and no football. Due to us not going ringing, I decided to invite Peter Fearon to do the wader count with us. As the tide kept on coming in, it pushed a reasonable flock of 1500 Dunlin, joined by some Lapwing and about 30 Black Tailed Godwit on to number 6 tank. 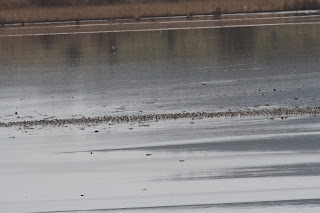 This mixture of Dunlin, Golden Plover and Lapwing were disturbed by a Peregrine that came across number 6 tank and onwards to number 5 tank.

Hardly any geese were about apart from a a pair of Canada Geese that thought about coming in to land, but then thought not. 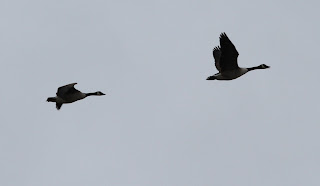 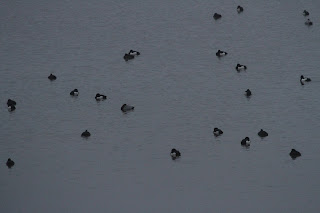 As we were driving down the lane this Cormorant flew over (I called it The Cormorant of the North).

This gully doesn't normally have much activity, however today I saw a Little Egret. 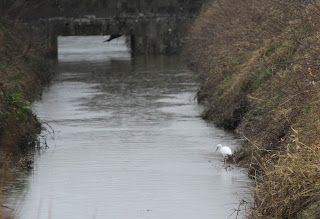 As we moved forward it also did, which made it rather hard to get a photo. 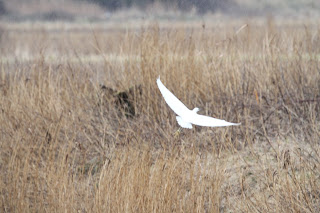 Although I think we did quite well in the end... 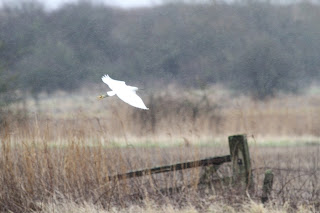 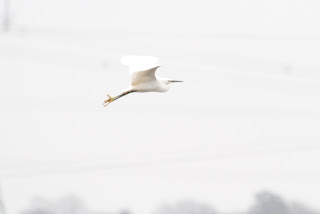 We also paid a visit to the marshes yesterday, seeing a beautiful Kestrel. 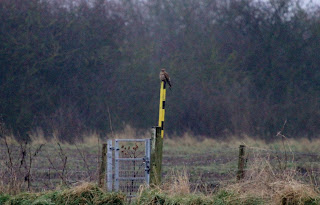 Which soon took flight as we trickled past it. 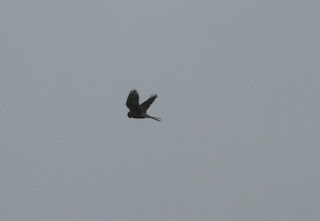 Lapwings and Golden Plover moved about loads yesterday and today. 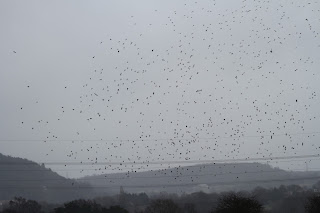 This male Hen Harrier was a first in a while, it isn't the best picture, but you can still see the black wing tips and greyish blue wings. 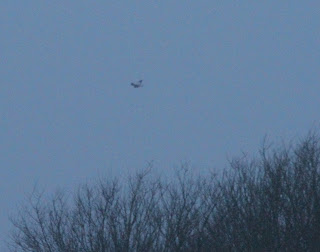 Although nothing beats a wonderful Starling roost day finish. 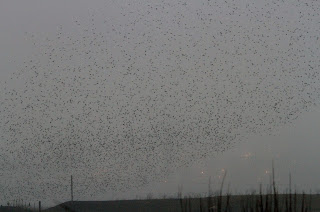 As we were coming back along the track I spotted a Barn owl flying through the middle of the gully.

Thanks again for Bill for inviting me, its great to get involved.