Over the last weekend I was lucky to have an opportunity to ring some Barn Owls with Scouse Ringer, Moxey, Dad and Danny. This year it has been very wet, which has reduced a lot of mammal activity, which means a lot of breeding pairs of Barn Owls can't of got enough food to feed their chicks. 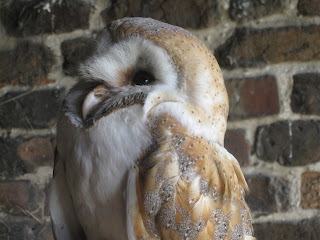 Barn Owls have one ear higher than the other so it can hear at two different points to pin point their prey (it's called triangulation).

This species of owl is absolutely beautiful... Well the adults at least..
. 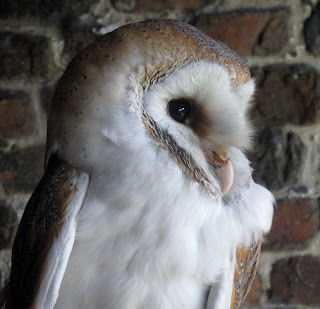 This pair of Barn Owls has three chicks (the third isn't in the picture) they were born two days apart and are doing really well. I ringed the smallest of the the trio. 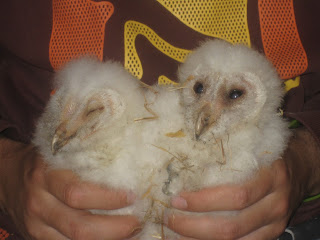 Whilst I was at the farm we also ringed a few Swallows, I have had some experience at nest recording Swallows, so I was used to the atmosphere of what is was like. 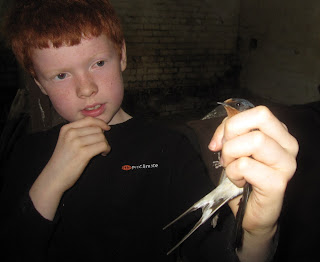