The Saturday that has just gone you may of guessed I was ringing with Peter (you are right)! It was a really early start setting the equipment up at 3.30am, it  had been  quite a warm night and there were moths everywhere, but we didn't see a fox this time though. The site was Kings Moss and had changed quite a lot from when I last saw it. 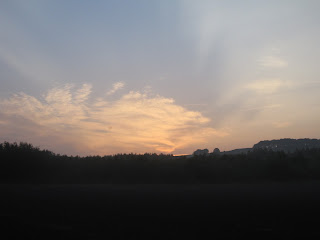 The fields were no longer snow and ice, or rain or mud, but beautiful flowers that lit the place up. Colours of blue red and yellow littered each  field attracting loads of butterflies and moths that I observed throughout the session (not as much as the birds of course). 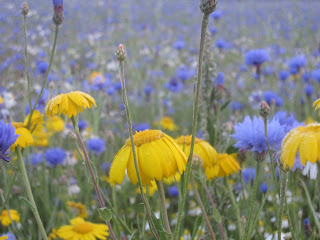 My dad had the small digital camera with him, nevertheless the pictures are still quite good. I ringed the majority of the birds which included a splendid male Bullfinch and two juvenile Willow Tits. I got to hold and ring these birds, however I have got to say when you have a bird in your hand that you don't often catch you suddenly feel quite nervous again. 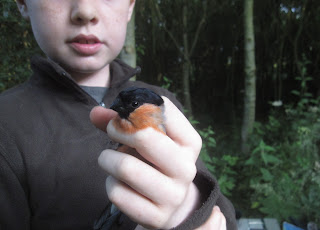 Here is one of the juvenile Willow Tits we caught and ringed. 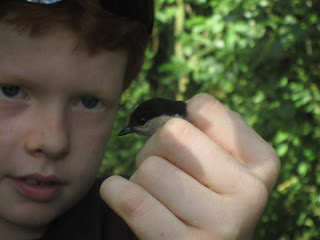 We caught one re-trap bird in the session which was this gorgeous male Yellow Hammer. It was the first time I had seen one of these birds for a while and it is always special to see the bird close up when checking and processing its details. 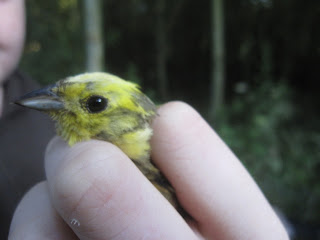 The Highland Cattle were being sensible and were trying to keep cool in the shade of the trees beside the field they were grazing in. 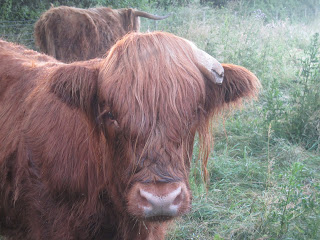 Kings Moss is owned by a farm so you may of guessed it has several breeds of animals, one of these included a Saddle Backed pig with it's piglets. 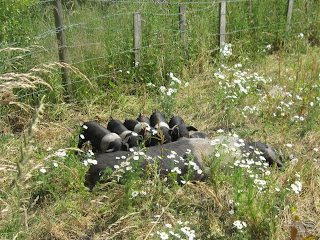 This farm does so much for nature as it is part of the Farm Stewards Scheme.

I just had to show what the blue wave of colour actually looked like and even the people that aren't that keen on flowers have to say that is pretty remarkable. 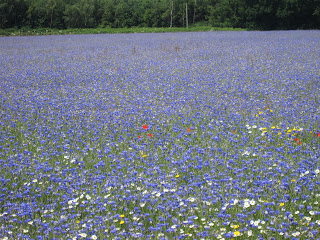 I slept well that night; well walking about 5 miles in the baking sun was pretty draining.