On Sunday I visited Marbury Park  to see what was about, I saw plenty of birds and got some great pictures. This picture below of a gorgeous Nuthatch could of probably been one of the best pictures I had ever taken if it wasn't for that pesky stick! The sun was out all day shining behind me, straight onto the birds allowing me to get some fantastic shots. 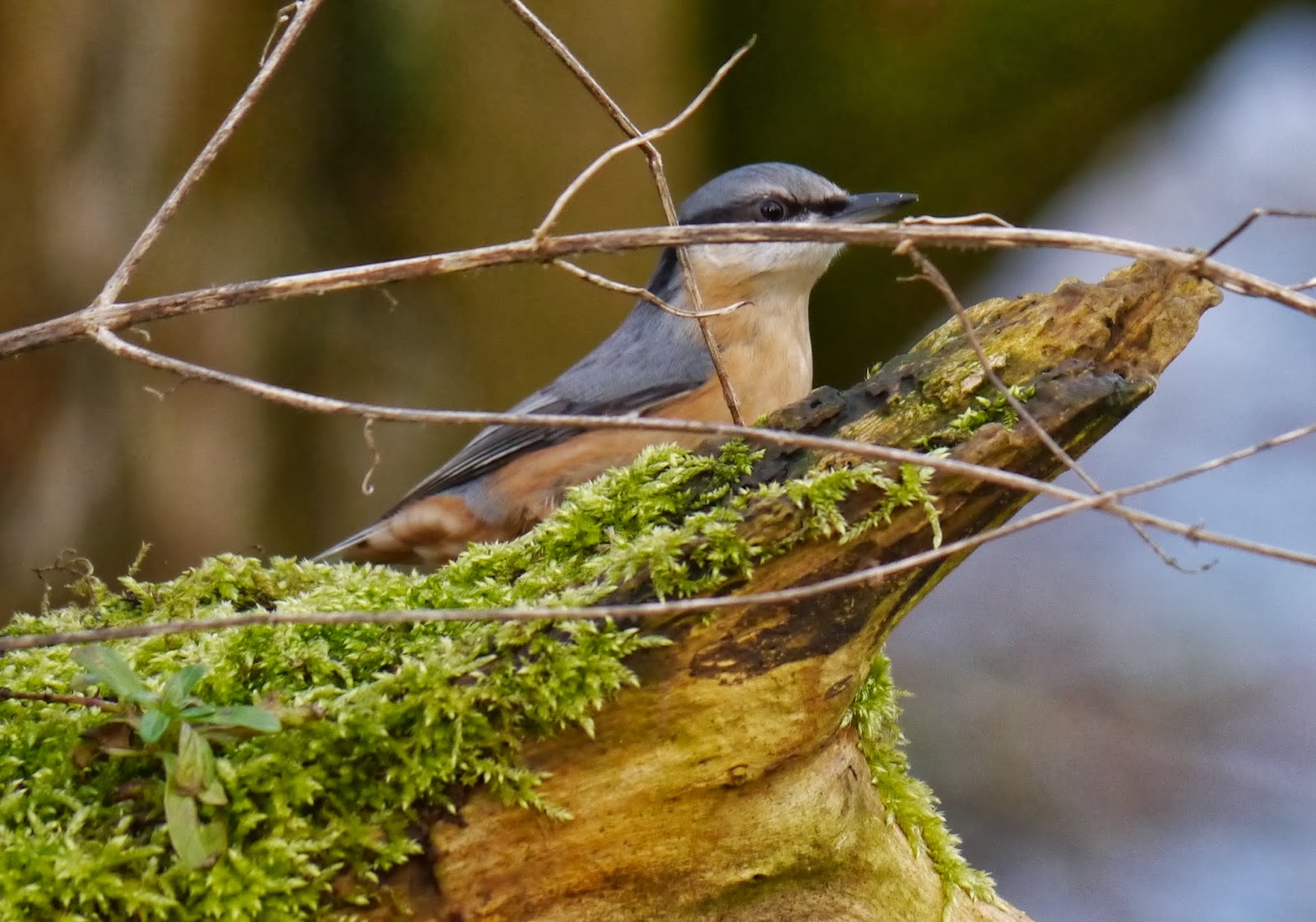 I like the Nuthatch below just popping his head in to the sun and as you can see if you look closely this bird is ringed on it's right leg. 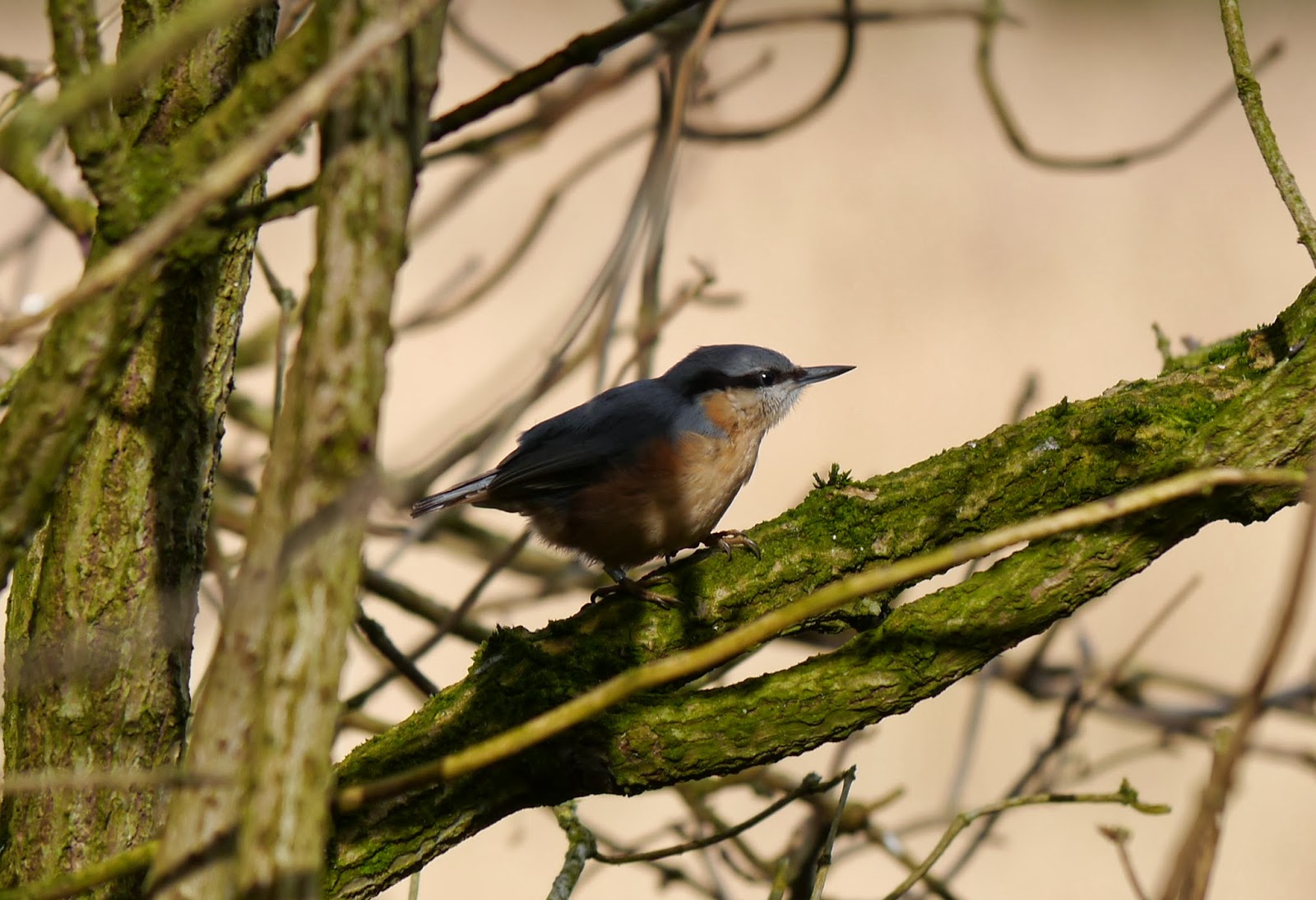 I think this Nuthatch was a male because of the rather reddish, chestnutty flanks, these birds are always nice to see especially in the sun light. The wood was filled with bird song on Sunday, one species which was singing included a Robin belting it's song out loud and proud.

As you can see this Kingfisher picture is rather blurry, as it was flying rather fast. There were in fact two of these stunning birds flying back and forth into one dense bush with fish in their mouths. 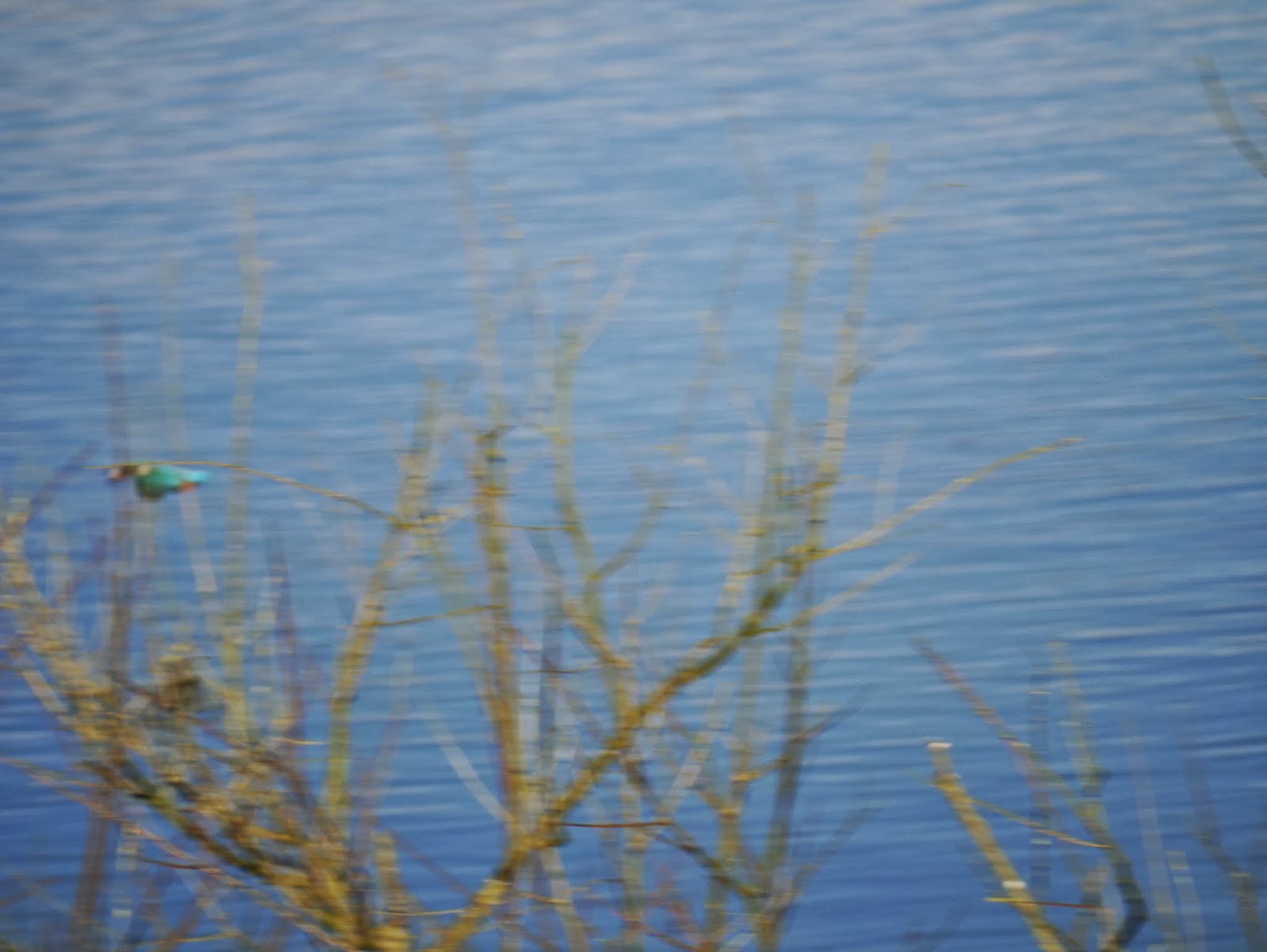 I was surprised to see only one Reed Bunting feeding on the feeders; this male imparticular was frequently visiting the floor and the feeding tray. 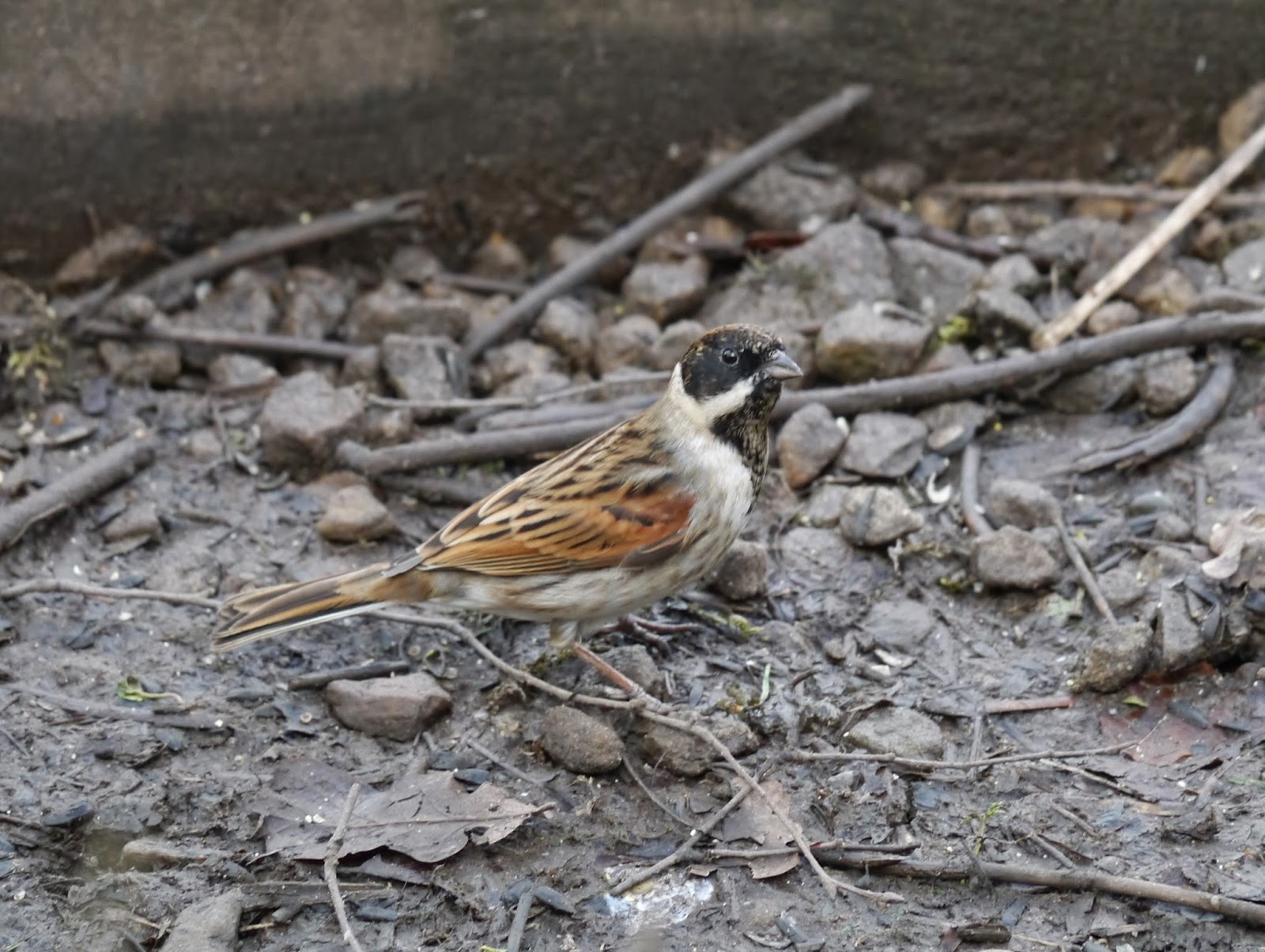 To be honest there wasn't much on the mere, however the Great Crested Grebes were displaying to one another which was nice to see (couldn't get a picture because they were to far away, apart from this solitary one that came quiet close). 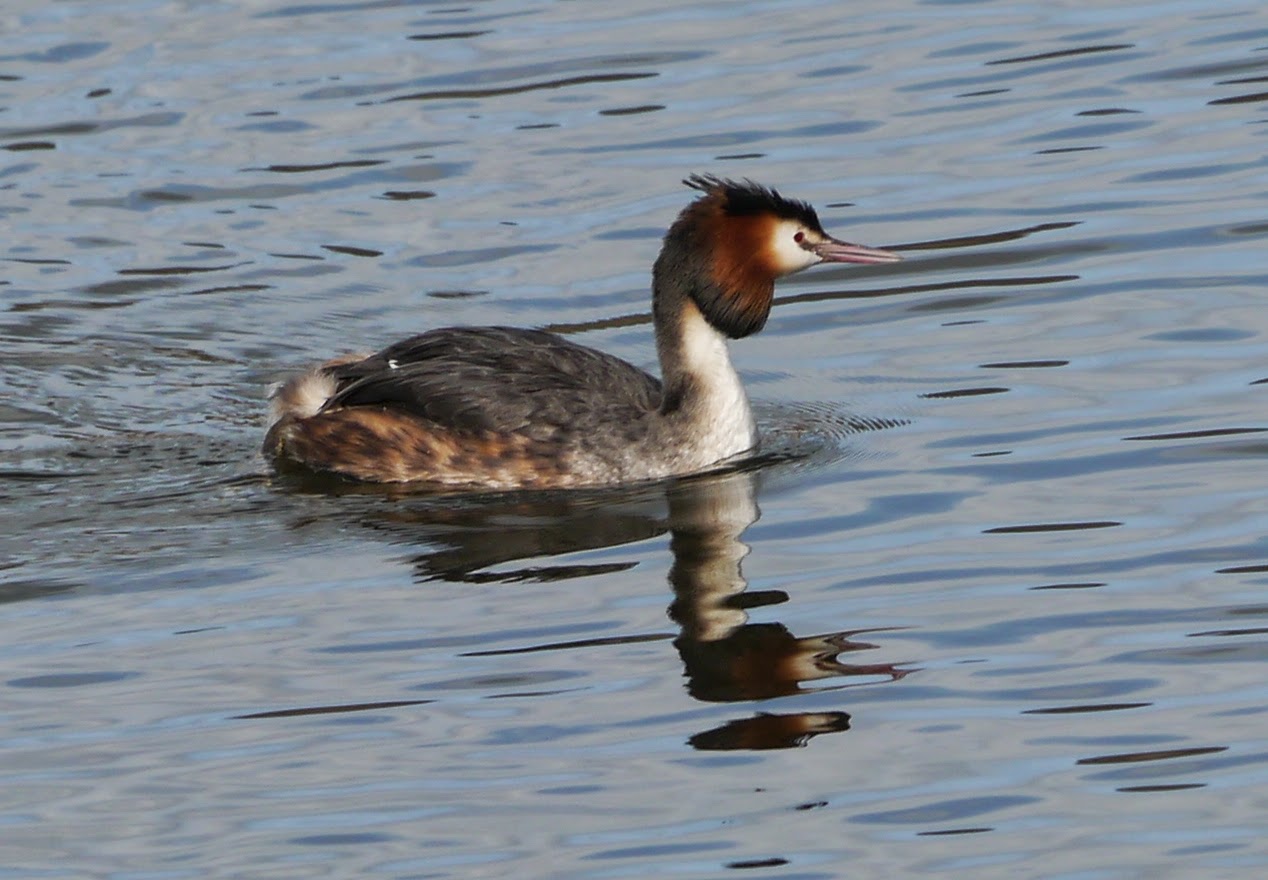 A nice end to the half term holiday, especially as I got to see the Bittern again. Come back on Tuesday night for a great mystery bird quiz question.